To travel through Italy’s Chianti region is to visit the den of Bacchus (the god of wine and merriment) and forget about reality’s freeways and traffic jams. Its only a 45-minute drive once you get out of Florence, but first, you have to get out of Florence. I made the mistake of thinking that we should go and pick up the rental car (30 euros/day), then pick up our luggage from the hotel. 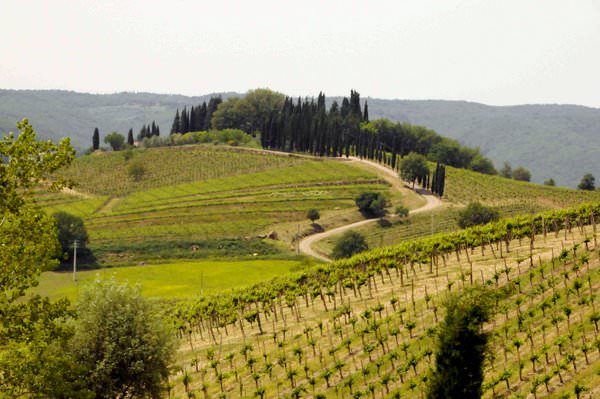 This resulted in driving through Florence’s congested one-way streets for 1 ½ hours in order to get back to our hotel—which was a mile away. Many people believe that Rome and Naples are the worst cities in Italy to drive in, but Florence is definitely at the top of my list.

Taking the dips and turns of Chianti roads is very similar to driving in California. Locals often joke that the windy roads were designed for driving under the influence. I drove straight—straight to Greve in Chianti. This centrally located town often has an open-air market, but it wasn’t open. I headed for the tourist office and arrived just before it closed for the afternoon. Tourist offices in Tuscany are much like tourist offices in Puglia when it comes to helping visitors taste wines. They don’t have maps or lists of the wineries that offer tastings (although the tourist 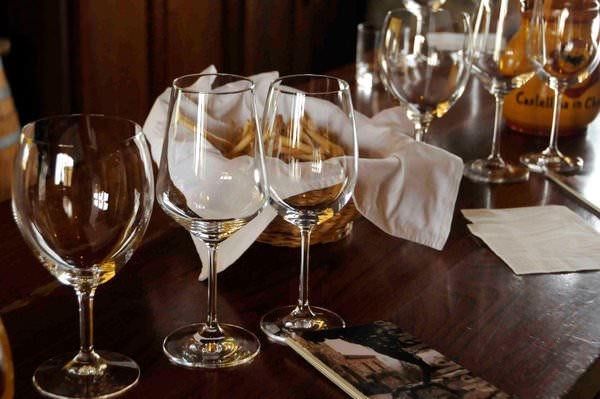 office in Gaiole di Chianti is quite helpful). Luckily, the countryside is absolutely full of wineries and signs that advertise wine tastings. Not two minutes outside of Greve on SP222 we came across Casaloste Winery, which turned out to offer some of the best wines I’ve tasted so far on this trip.

Like most tastings not booked in advance, this one was free. The tastings in Chianti that cost money usually have two characteristics: 1) they are located inside of castles, and 2) they require reservations and an obligatory winery tour. I’ve toured at least a hundred wineries, and I don’t usually like to take tours unless they include in depth information on a winemaker’s technical approach to wine. However, if you want to save yourself time (in other words, if you don’t want to drive around getting lost on dirt roads) making reservations is the way to go. Me, I like to get lost. 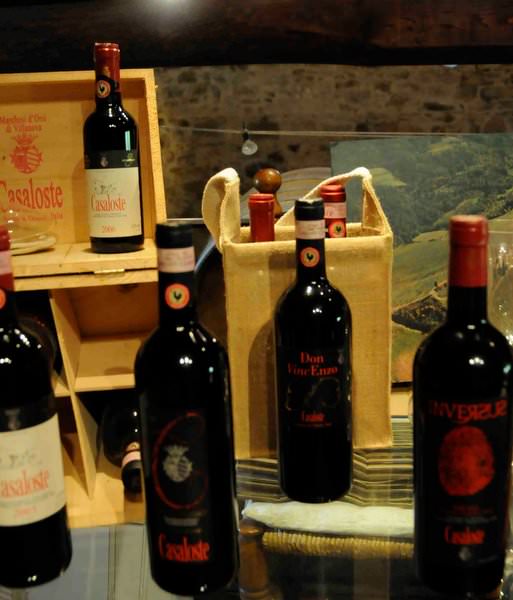 And we did. After one minute of driving on Chianti’s steep, pothole-ridden dirt roads, visitors know that they’re getting a unique experience. It makes for a great adventure that ensures you’ll be even happier when you reach the winery at the end.
Today we tasted at eight wineries. The standouts were the little Pruneto winery and the Il Molino di Gracewinery. I visited Pruneto in 2007 when I was just beginning to get into wine. When I tasted today, I was happy to confirm that my taste buds were on the right track: the wines were expressive of their creators, Giuseppe and Riccardo Lanza: nicely rustic and dry, yet a little fruity. The winery Il Molino di Grace likes to release their wines late, so, unlike most tasting rooms, which are featuring wines from 2006, theirs is featuring 2005 wines. The good years in Chianti during the past decade are 2004, 2006, and 2007. 2005 is noted as a dull year, but Il Molino di Grace has managed to make unique wines with good character from that year. They appealed to my Californian senses with big dark fruit and a clean finish.

Right now I’m sitting beside a lake in San Cipirano at Hotel del Lago (56 euro/night). The grounds of this hotel are immaculately cared for and the rooms are elegant, if small. I decided to stay here 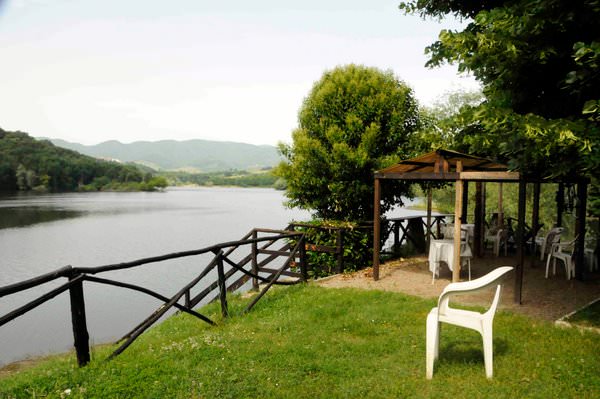 because of the beautiful lake and good reviews on Trip Advisor. However, there’s a pink elephant in the room that no one wants to talk about. Less than a mile away is a giant electrical plant that looks just like a nuclear power plant. Driving in, I couldn’t believe my eyes. The plant cannot be seen from the hotel, but its presence is unforgettable. On one hand, the hotel is beautiful, located on a lake, has a decent price, and serves a decent breakfast. On the other, it’s beside an electrical plant, and the majority of Chianti’s wineries are a 40-minute drive away. The hotel is really only a good option for highly budget-minded travelers.

That doesn’t mean that I’m not going to enjoy this bottle of Casaloste’s 2005 Chianti Classico, the deep silence broken only by frogs croaking, ducks diving, and swans sliding across the night lake.