On a recent trip, John and I found six hotels in Turkey that we consider excellent choices. These are not the grand palaces an Ottoman sultan might have envied (though Istanbul has several of those); rather, they’re comfortable, well maintained, hotels with great locations, good Turkish hospitality, and  individual style. And they are a lot more affordable than the palaces. 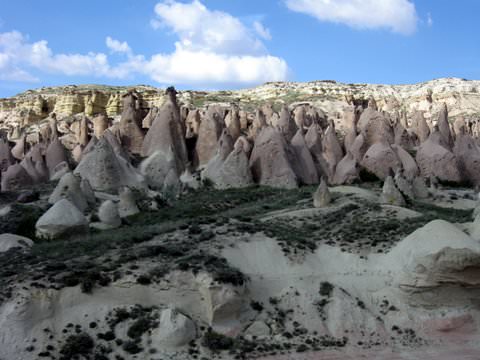 Where to Stay in Istanbul 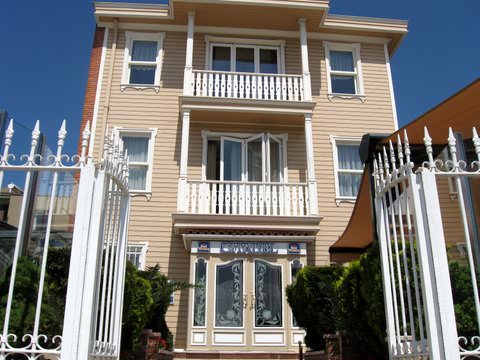 In the Old City section of Istanbul, overlooking the Marmara Sea and close to the historic attractions most visitors come to see, is the Best Western Citadel Hotel. When Best Western partners with an existing hotel, the company is usually careful to retain its atmosphere, updating amenities without turning it into just another chain hotel. The Citadel is no exception. Next to the old city walls, it has a pink and white facade, a restaurant (prix fixe only) and the indoor-outdoor Marmara cafe/bar. There are 25 rooms and 6 suites, each with mini-bar, safe, immaculate bathroom, and free wi-fi. On the down side, the rooms are small, and a noisy 4-lane road lies between the hotel and the sea. The big plus is the hotel’s location. The Citadel, in the Sultanahmet District, is just a ten-minute uphill walk to Hagia Sophia and the Blue Mosque and not far from Topkapi Palace. 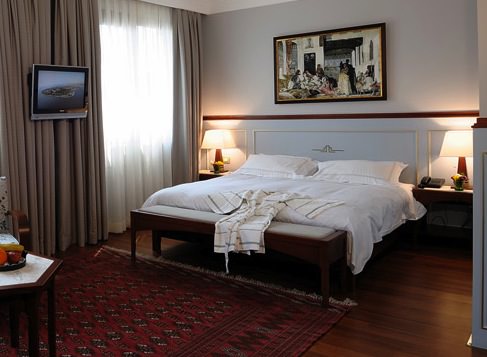 Almost directly across the street from the Citadel is the Armada Hotel. This 108-room hotel, nicely renovated in 2009, has charm that hints of old Istanbul but also an up-to-date comfort level. The hotel takes pride in a strong environmental ethic (eg., the daphne-olive oil shampoo comes in a pump bottle, not plastic throwaways). A full buffet breakfast is included in the room price. The rooftop terrace restaurant is enchanting, offering beautiful views of the city and sea, along with a blend of Turkish and international cuisine. Our dinner of chard filled with meat and rice, yogurt, tomato-basil soup and grilled salmon won raves. There’s an indoor terrace as well, with pots of lemon and tangerine trees and the same menu and views. My preference, though, is outdoors. There’s also an extensive collection of high-quality Turkish wines. 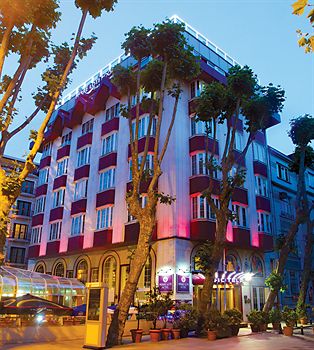 Up the hill, still within walking distance of the major sights, is Pierre Loti Hotel. A major advantage of this boutique hotel is that it faces a small, traffic-free square off Divan Yolu Street. The street was once called the Way of Kings, used by rulers as a road into the Old City. It divides the peninsula down the middle, leading from the hotel into the heart of Sultanahmet. Four floors hold 36 guest rooms that are clean and pleasant, with lovely tilework, and there’s a spa offering a sauna, Turkish baths, and massages. Breakfast is served on the 5th floor, while up more stairs is the rooftop terrace, a restaurant for romantics in search of a spectacular sunset view. The hotel is named for a noted French naval officer and novelist who lived in and wrote about Istanbul.

Where to Stay in Cappadocia 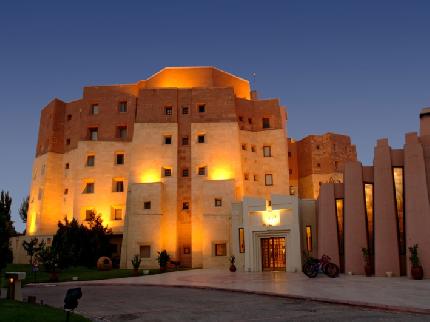 Far from Istanbul, almost in the center of Turkey, is Cappadocia, a vast region of sometimes-eerie wonders. The white volcanic rock, tufa, has been eroded by centuries of wind and rain into bizarre shapes and columns. In a previous day homes and churches and even an underground city were carved into the cliffs. It’s a World Heritage Site. Lykia Lodge Kapadokya, in the countryside near the town of Nevsehir, echoes the angles and colors of these amazing cliffs. The big, blocky hotel stands in a park-like setting, with wide lawns, trees, a swimming pool, tennis court, playground, and walking paths. There’s a lounge with a full bar and a restaurant serving traditional regional dishes. The breakfast buffet includes Turkey’s superb yogurt, cereals, fresh and dried fruits, egg and meat dishes, and pastries. The 146-room hotel is favored by groups, but don’t let that deter you; there’s plenty of well-designed space for all. Bicycles are available for guests’ use.

Where to Stay in Antalya 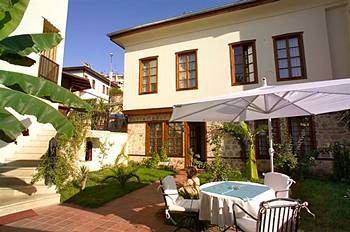 On Turkey’s southern, Mediterranean shore, the Dogan Hotel stands in Kaleici, the old section of the harbor town of  Antalya. The 41 rooms are in four buildings on several levels, with terraces and a swimming pool between them. Spacious rooms (and a suite with Jacuzzi) have  sea or garden views, tiled baths, and airy curtains. Some have balconies. Get a room away from the street, as it can be noisy at night if the windows are open, and you have a close-to-perfect place. There’s a beach nearby. Breakfast is included in the room price, and for dinner I highly recommend the Patio, a few steps away. We enjoyed excellent sea bass salad with grilled eggplant and raisins and duck breast salad with raspberries, pomegranate, and fennel. The menu is varied and includes homemade pasta dishes.

Where to Stay in Kusadasi 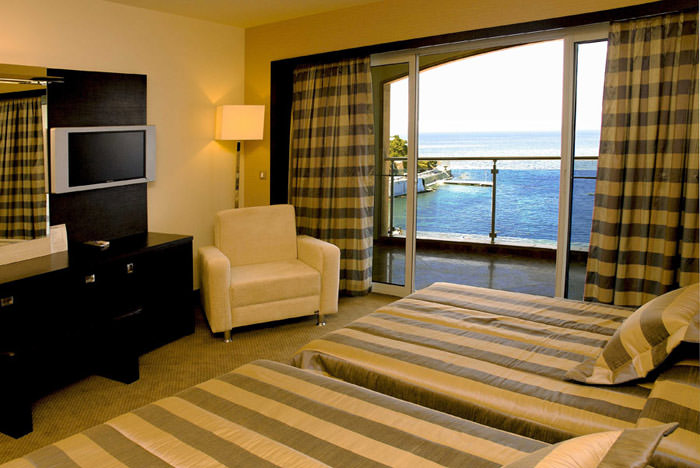 Finally, the most resort-like hotel on this list is the Charisma Deluxe Hotel in Kusadasi, on the Aegean Sea. Directly facing the sea, the hotel has a swimming pool, bars, terraces with lounge chairs, a spa, and exemplary service. Meals are served indoors and on the terrace—an extravagant breakfast buffet and, at the dinner buffet, a mind boggling array of desserts. The Charisma’s 133 rooms and suites are in two buildings, with rather confusing corridors and elevators between them (hardly a major complaint), and the rooms with the best views are on the corners of the upper floors.  The main attraction near Kusadasi is the ruined city of Ephesus. Be warned, when you visit this world-famed ancient site, you will have company. Hordes of visitors swarm the stone streets, marveling at the ingenuity of Greek and Roman construction of 2500 years ago. It’s worth fighting the crowds, though, just to be in this once-great classical city.

Turkey is incredibly rich with history, cultural diversity, and natural beauty. Almost every city and village has its ancient ruins, gorgeously tiled mosque, shop with carpets of intricate design, and stall selling fresh orange juice. And, there are lodgings and restaurants to suit every budget.

Hey Marilyn These hotels seem like great options when staying in Turkey, especially the ones that include breakfast in the price. That is one less meal to worry about budgeting for. When would you say is the best time to visit Turkey? Sally

Just a little note:Turkey is NOT an European Country!

Thanks, Luke. you are correct. We know that Turkey is not part of Europe, but many Europe Travelers love to travel there...so we include it.