After London, the small historical town of Canterbury may well be England’s best town for Renaissance fans to see glimpses of this, and earlier periods of history. Walking through the gates of the ancient Roman and medieval stone walls that still surround the city, immediatly takes you back to medieval times. It is here, along Canterbury’s cobblestone streets, where you will be greeted by a variety of taverns and shops like the Millers Arms, The Old Coach and Horse, The Three Nuns Hotel, The Moat Tea Rooms and The Chaucer Bookshop. 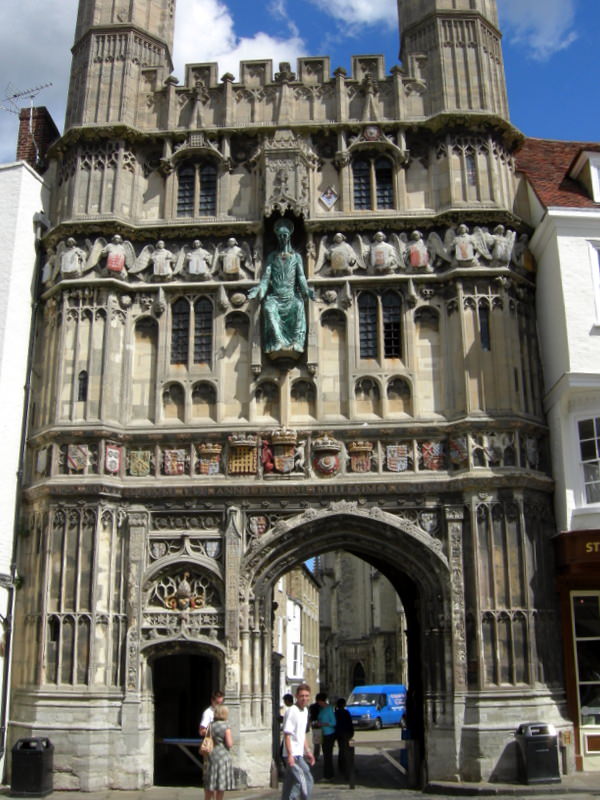 The spectacular Christ Church gates leading to the Cathedral

The first stop on your pilgrimage to Canterbury should be the Canterbury Cathedral. From the Buttermarket Square, with a cross standing atop a tall concrete column and the White Bull pilgrim’s inn behind it, you will admire the magnificent Christ Church Gate that leads into the cathedral. Considered the cradle and spiritual home of English Christianity, this atmospheric Cathedral was visited by countless pilgrims from all over Europe after Saint Thomas Becket was violently murdered at an altar here by four knights, while he worshipped  in 1170. From then until the early 16th century, pilgrims came to his shrine to have their diseases miraculously cured, or have virtue bestowed on them by the priests for a price, of course. 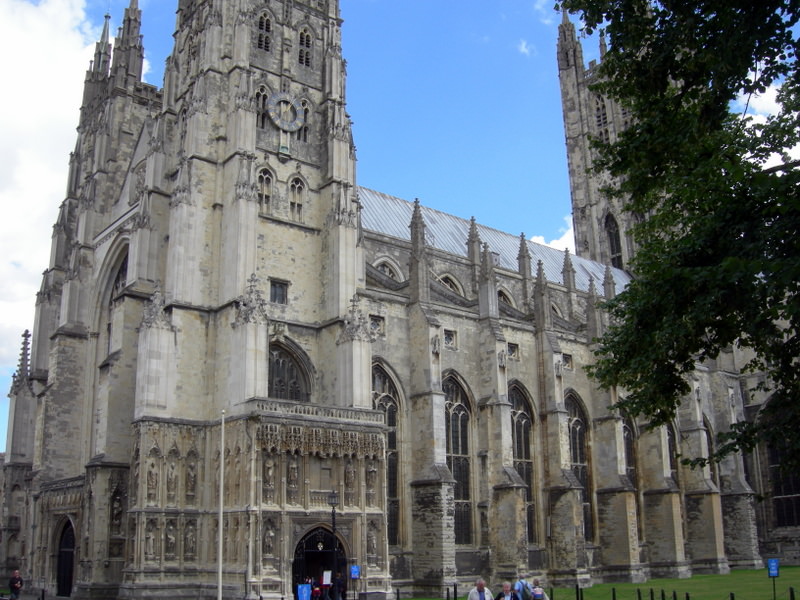 Canterbury Cathedral stands above the city

Construction of the Cathedral began in 1070 and resulted in the creation of one of  Europe’s most beautiful buildings. There is so much to see here, to include: a long 188 foot nave, superb medieval stained glass windows, the Black Prince’s Tomb, ornately carved gothic nave cloisters, and of course the site and shrine of St. Thomas Becket. After soaking up the history here, make your way up St. Margaret’s Street, a five-minute walk from the Cathedral, to your next stop in this crash course of medieval religious history.

The pilgrimages, depicted by Geoffrey Chaucer in his wry, satirical The Canterbury Tales, have been brought to life in a live indoor medieval theme park by the same name. Five of Chaucer’s best-known tales are recounted to the “pilgrim” as you walk through theme rooms in the former parish church of St. Margaret, founded during Anglo-Saxon times. Models of Chaucer’s characters recount his stories. You’ll hear the chivalrous tale of two knights in love with a fair lady in The Knight’s Tale; the bawdy tale of a deceitful clerk who tries to have his way with the carpenter’s wife (and gets his just desserts) in The Miller’s Tale; the outrageous Wife of Bath’s Tale showing how the woman should always have the upper hand in a marriage; the delightful farmyard animal fable in The Nun’s Priest’s Tale, and The grim Pardoner’s Tale, about the hypocrisy of the priest selling indulgences (pardons) to poor pilgrims for their sins. 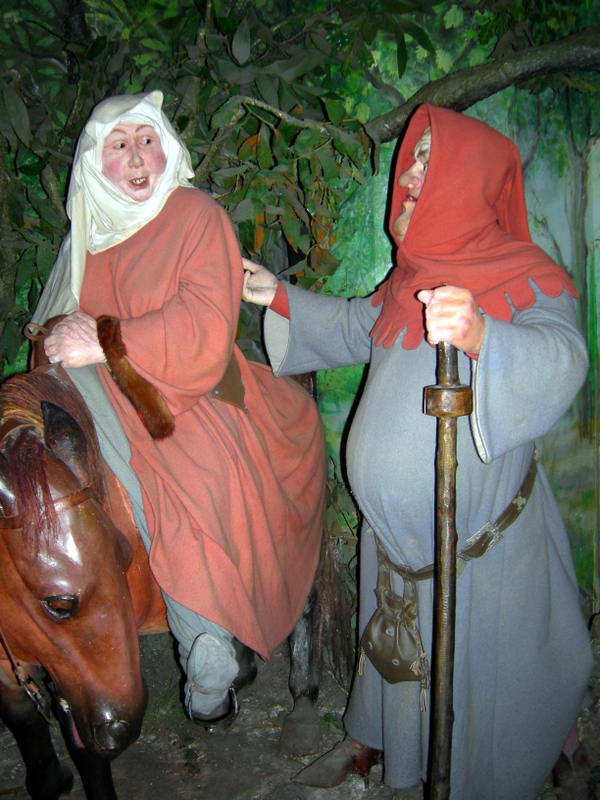 The Wife of Bath's Tale in Canterbury Tales

By now you’ll have got the idea on the history of Canterbury’s most famous attraction, and it’s time to visit Canterbury’s other medieval and ancient sights; like the Roman Museum, an underground museum where Canterbury’s Roman beginnings are shown with artifacts, dioramas and realistic room recreations of the town’s Roman buildings. 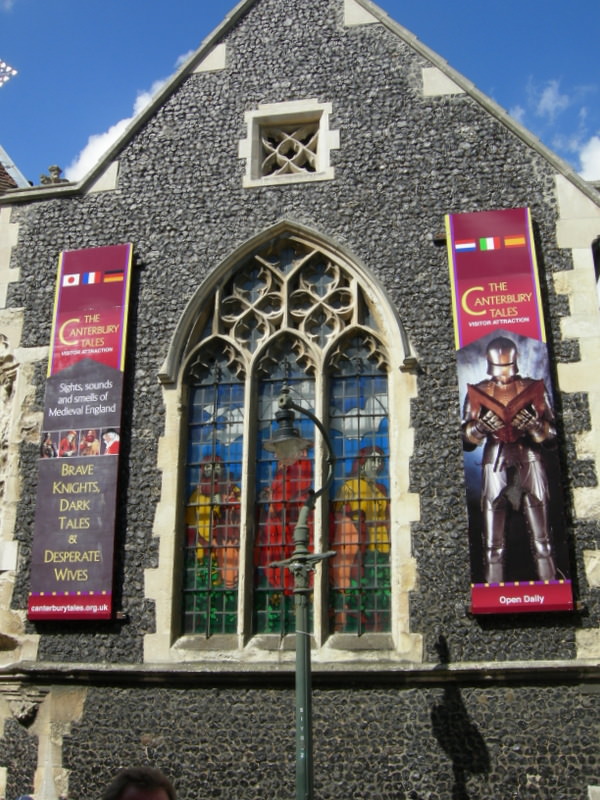 The Canterbury Tales are immortalized in the former St. Margaret's Parish Church

The best thing about Canterbury is that it’s a walker’s town so a few minutes’ walk gets you to the Museum of Canterbury. The turbulent history of the town unfolds from pre-Roman times to post World War Two, in this grey stone 12th century former poor priest’s hospital. A walk through the ruins of St. Augustine’s Abbey, destroyed in the dissolution of the monasteries, adds another layer of history to your passion. In fact this Abbey was constructed on Norman and Saxon foundations, and there are even Roman bricks in the construction. On your way out of town, pause and walk around the grounds and tower of the ruins of Canterbury Castle, built in 1120, and read the poignant headstones in the nearby grounds of the reclusive little St. Mildred’s church.