Northern Bucharest offers pleasant walks along stately avenues where you can see pre-war mansions, well-tended parks, and interesting monuments and museums. Providing a reprieve from the towering apartment blocks typical of the Romanian capital, it is the city’s wealthiest area, home to several embassies, upmarket hotels, and restaurants (also take a look at this Bucharest Food Guide!)

You start getting a taste of a different world as you advance north from Piata Romana – a square in the downtown – and go up Bulevardul Lascar Catargiu. This street, whose statue of the wolf suckling Romulus and Remus is a reminder of Romania’s Latin heritage, is lined with the type of houses that would have been lived in by local gentry in the 18th and 19th centuries. Many are in a style that has come to be known as the national architecture, called Brancovenesc: a chunky, somewhat Mediterranean look with turrety roofs, spiralling columns, terraces and colonnades.

Lascar Catargiu leads you to the massive asymmetrical space of Piata Victoriei, an intersection with a parking lot at its center, from which major roads thunder off in different directions. The vast, police-guarded concrete slab on the eastern side is Palatul Victoriei, the government headquarters, erected in 1937. On the northern side of the square is the Museum of the Romanian Peasant, which holds a very good collection of traditional furniture, clothes and icons. 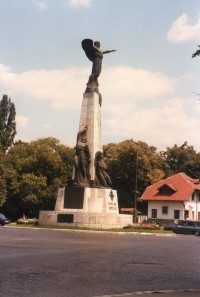 From here on, we are interested in the two dead-straight, tree-lined avenues that go north from Piata Victoriei: Soseaua Kiseleff to the left, Bulevardul Aviatorilor to the right. Between them near the bottom is a pretty green area, Parcul Kiseleff, but that is nothing compared to the huge parks that snake their way across the north of the city, to which both these roads will ultimately lead you.

If you take Kiseleff, a road named after the commander of Russian occupation troops who created it in 1832, you will soon find one of Bucharest’s nicest places to eat and drink. Casa Doina, on the right side of the road, offers calm, shady terraces clustering around an antique mansion. Founded in 1892, it was renovated to its current splendor in just the last few years and is located on the corner of Strada Ion Mincu, a slightly quieter street that is worth a quick diversion for its nice villas. A little further up Kiseleff, on the left, is one of the road’s most beautiful mansions, recognizable by the flags of the Dutch bank, ING, for which it is now the local base. 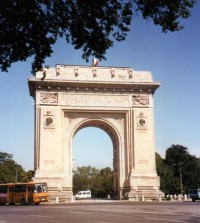 Moving along, about a mile up Kiseleff’s length, is a circular intersection dominated by the Arch of Triumph (Arcul de Triumf). Modeled after the famous Paris landmark, it commemorates Romania’s achievement of sovereignty in 1878. While an arch has stood here since that year, the current one, 88 feet tall, dates from 1935. Its adornments include relief portraits of Ferdinand and Maria, Romania’s king and queen from 1914 to 1927. Further up the road on the left is the World Trade Center, a business area that includes an exhibition plaza, an upmarket shopping complex, and the distinctive flat square of the Sofitel hotel. 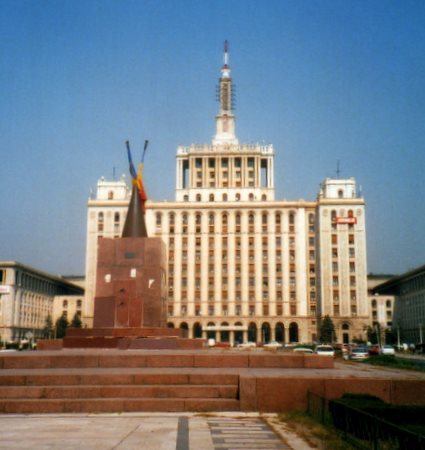 The final arresting sight on Kiseleff is what is now called Casa Presei Libere (house of the free press), the headquarters of several media outlets. Many still call it by its original name of Casa Scanteii, after the communist newspaper (“The Spark”) that was edited from here. Built in 1956 in the same wedding-cake format as some state buildings in Moscow, it is Bucharest’s one example of Soviet-style architecture, as opposed to home-grown communist architecture. Measured to the top of its central tower, it is 340 feet high.

By now we have reached the huge expanse of Herastrau Park, a green zone that borders a large system of lakes. Locals come here on weekends and holidays to cycle or roller-skate, splash around in a hired rowboat, or just gaze at the flowers while enjoying refreshments sold from the stalls. At the point where Kiseleff joins the park, don’t miss one of Bucharest’s best tourist attractions, the beautiful Village Museum (Muzeul Satului). This large, open-air museum contains reconstructed cottages from different parts of rural Romania, many with original walls and doors. 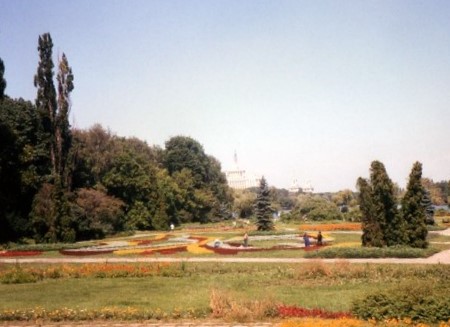 The other broad road leading to the parks from Piata Victoriei, Bulevardul Aviatorilor, features a 1935 monument commemorating Romanian aviators. Later, at the point where Kiseleff meets the arch, Aviatorilor has another site bearing witness to Romania’s love affair with France; a big, round intersection named Piata Charles de Gaulle. A statue of de Gaulle, the French leader during World War II and after, stands here. The middle contains a circular sculpture (dating from the 1990s) with a cross-shaped pattern of holes, known as Crucea Mileniului (Millennium Cross).

One other road, while less grand than the two boulevards, also provides an interesting northward route from central Bucharest to the parks area. This is Calea Dorobantilor, a pleasant, lively street of homes and offices, including many old villas. It buzzes with restaurants near its southern end, while further north, the road contains the Socialist-era Romanian television building, a not unattractive specimen fronted by well-tended gardens full of glittering, abstract sculptures. The building still houses the state television company.

looks like such a beautiful place - i'll have to go visit!

As a blogger myself, I really enjoy reading a good blog about Northern Bucharest. It makes me want to visit now.

The Boutique Hotel Moxa in Bucharest is an outstanding building that you might want to see.

I was wondering if you heard about the Guide to Cultural Attractions and Business Offices within walking distance in central Bucharest that Le Boutique Hotel Moxa provides as a service on their website.

I am curious to know what you think about the Guide to Cultural Attractions and Business Offices. Do you think the rest of your readers would find it interesting?

Please get back to me and let me know what you think.