Family-Friendly Fun at the Amsterdam Zoo

Amsterdam is well known for its history, art, and adult entertainment (read our guide on what to do in Amsterdam and our Amsterdam itinerary here), but when I found myself wandering the historic canals and streets with a 3-year-old niece on my shoulders, I had to find some more family-friendly things to do in Amsterdam. Enter the Amsterdam Artis Royal Zoo (Natura Artis Magistra). 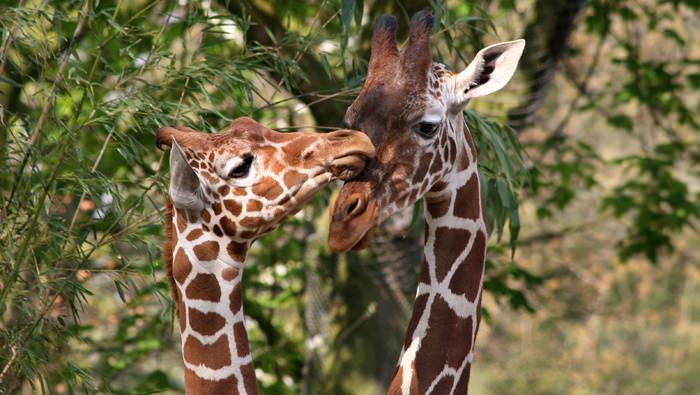 With over 1.2 million visitors each year, the zoo is the second-most visited site in Amsterdam (behind only the Van Gogh Museum), and it earns that place with a delightful combination of nature, wildlife, peace, and fun. It’s not exactly cheap – tickets are €16.50 for children ages 3-9 and €19.95 for everyone over 10 – but it’s incredibly worthwhile.

The zoo describes itself as “nature’s oasis” and it’s not far off. The grounds cover 35 acres and are home to more than 200 species of tree and 900 of animals. In honor of its 175th anniversary in 2013, the zoo expanded its flower collections and now boasts 36,000 flowering plants and 80 species of tulip, including the Artis tulip – a species specially bred for the occasion. 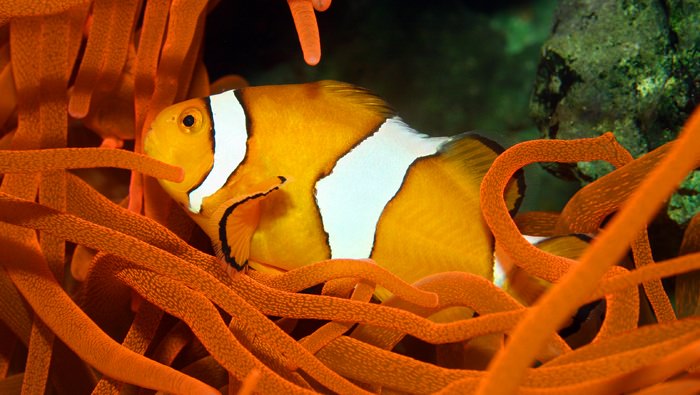 Originally designed as a private park, Artis has maintained its beautiful grounds and open-air design in a way that really does feel like walking through a park. Some zoos have so much concrete and steel that you end up sneaking guiltily through animal prison. Not so at Artis. Most exhibits are open, lacking even bars to separate you from the exhibits. At the aviary birds can fly up and around you. On our way in, we saw flamingos at the canals where they had left the zoo for a brief break before feeding time. The chimpanzee play area is designed with glass sky tunnels over the walkways. My niece shrieked with laughter every time the chimps crossed over us or paused to stick their faces to the glass. At Lemur Island, cross a bridge to their territory and the primates run around you freely. 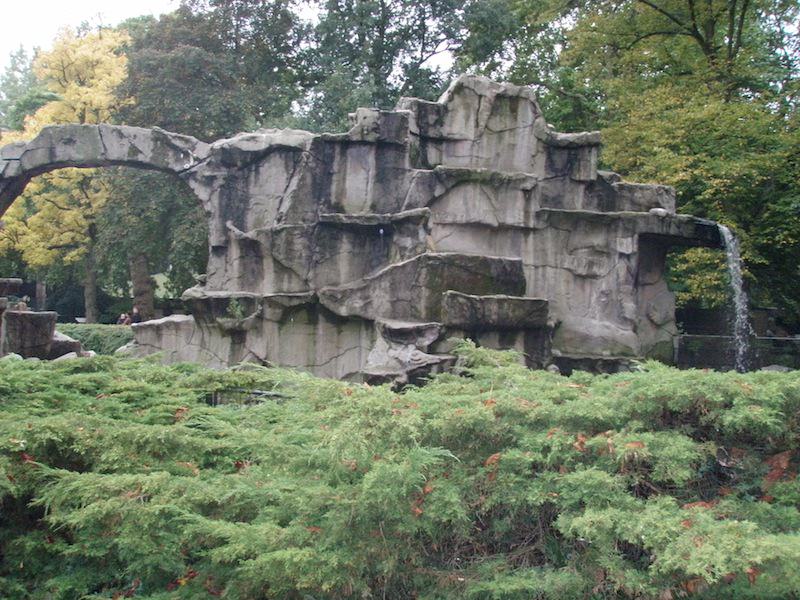 In addition to the usual (and some not-so-usual) animal collections, Artis includes a Butterfly Pavilion (a thousand square meter space that’s home to the incredibly large and just plain incredible Blue Morpho), fabulous Aquarium, Planetarium (shows are in Dutch), and an Insectarium where you can watch creepy-crawling bugs dig through the dirt until your skin itches. 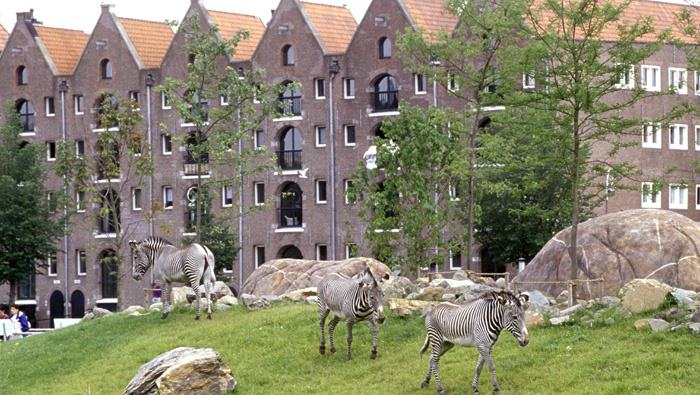 Guided tours need to be scheduled four weeks in advance, but zookeepers give daily presentations, shows, and animal feedings. All presentations are in Dutch, but you can ask questions in English. As an adult, I would have preferred a language I understand, but my niece couldn’t have cared less. She was thrilled to pet giant tortoises, watch red ruffed lemurs be fed (less excited by the vultures), and witness elephant training. 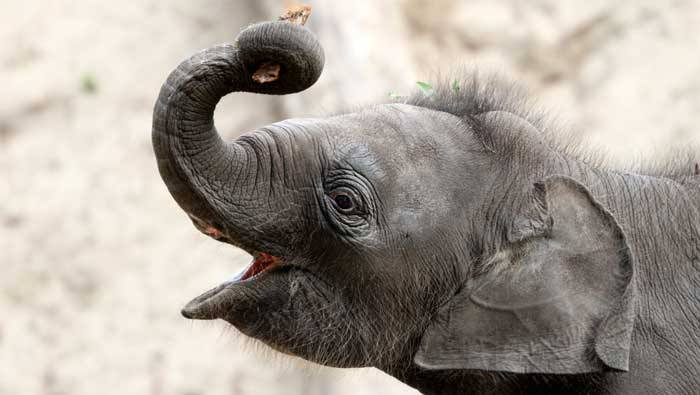 My niece also loved the extensive playgrounds: massive old-fashioned wood and rope structures that had me climbing about just as eagerly. If you’re not into climbing, the largest playground is located just outside the Two Cheetahs café, where you can watch your little ones while enjoying a coffee and honey-drizzled Amsterdam waffle.

In addition to its obvious natural beauty, much of the Artis charm comes from its history. Founded in 1838, it is one of the oldest zoos in Europe and claims to be the third oldest zoo in the world. Some of the original buildings are still standing – including the Library (1867) and Aquarium (1882). The Wolf House was actually built before the zoo was founded and was once the Oak and Linden Inn. All told, the grounds have 27 historic buildings, most of which are now used as enclosures for the animals, but they add to the historic cultural heritage of the grounds.

Perhaps the one downside to Artis is its food offerings. Five restaurants and cafés and a series of old-fashioned “tray bikes” (bakfietsen) sell drinks and snacks, but these are mostly over-priced.  Instead, you should feel free to leave the zoo in search of lunch at one of the fine eateries in the Plantage neighborhood. The Artis ticket is a day pass that allows you repeat entry with a stamp on your hand. 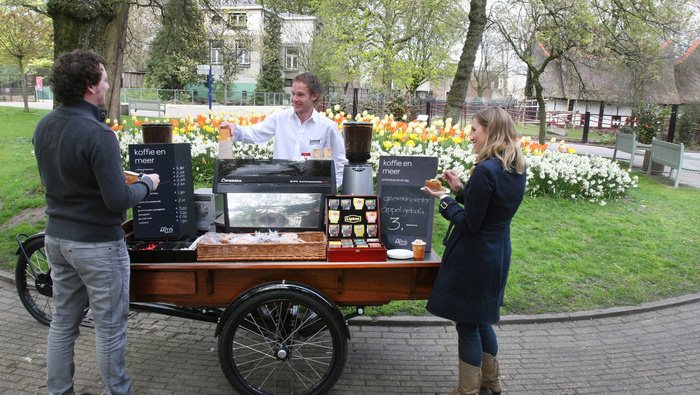 Overall, perhaps the best recommendation I can give Artis is that my niece never wanted to leave and asked, as soon as we left the gates, when we could go back.

Written by Anne Siders for EuropeUpClose.com