Vienna is a comfort food haven, where the aroma of meat-based stews vie with those of just baked apfelstrudel. But local chefs have kicked it up a notch with New Vienna Cuisine, and what an amazing culinary history they have to work with! Viennese cuisine is some of the most exciting in Europe because it combines the eastern and western culinary traditions of an expansive empire, the Austrian Empire. During the 19th century, when the Austrian Empire controlled much of the continent, culinary techniques from Hungary, Turkey, and the Balkans, were integrated with those of Italy, France, and Germany. Flavor profiles spread faster than a grease fire. 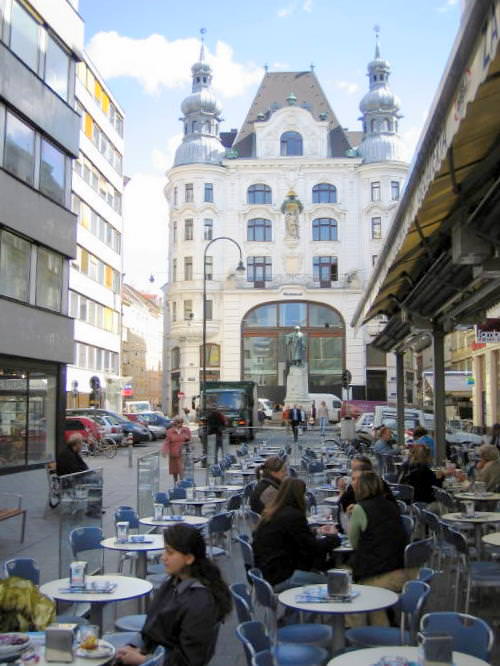 Dishes that compose the soul of Viennese cooking are goulash with knödel (potato or bread dumplings), bratwurst and other sausages, flaky topfenstrudel (a cheese version of apple strudel), knoblauchsuppe (garlic soup), tafelspitz (beef boiled with root 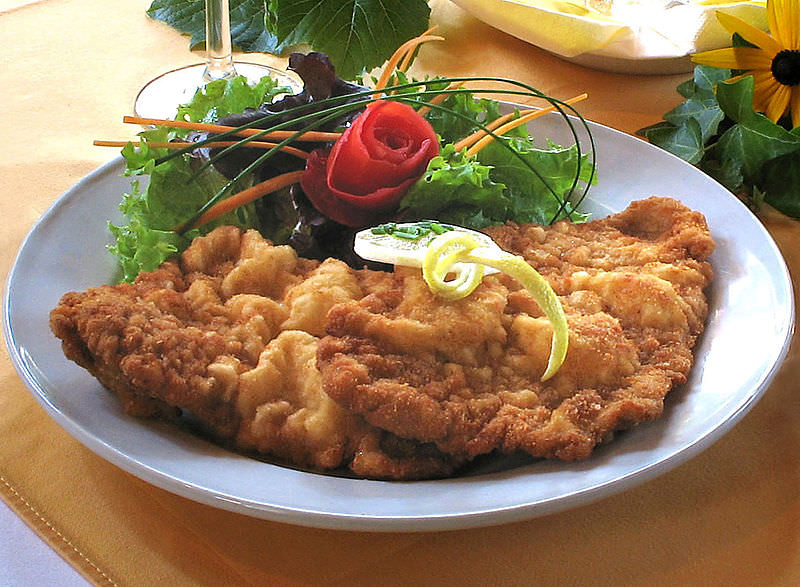 vegetables and served with horseradish), and Weiner schnitzel. New Viennese Cuisine, aka Neue Wiener Küche, has been championed by Austrian chefs (think Heinz Reitbauer Jr., Joachim Gradwohl, and Christian Petz) who have created dishes focusing on Austria’s native ingredients, such as freshwater fish and root vegetables. More than a handful of Viennese restaurants grace the pages of the Michelin Guide, and Viennese cuisine is famous for being the only cuisine in the world named after a city.

Below is a list of recommended restaurants in Vienna, followed by a list of recommended beisl and kaffeehaus. Beisl are Viennese taverns that serve traditional pub fare with Austria’s great beers. Vienna is known for its coffee, or kaffee, and a kaffeehaus is a place to unwind after a long day of seeing the sights. If you feel like it, you can spend hours in a kaffeehaus, indulging in the scene, playing cards, or rummaging through the stacks of free newspapers in search of one in English.

One last thing of note, though some evidence suggests that croissants originated here, Vienna is not big on breakfast. You’ll mostly find it served in your hotel or in the form of a sweet pastry. 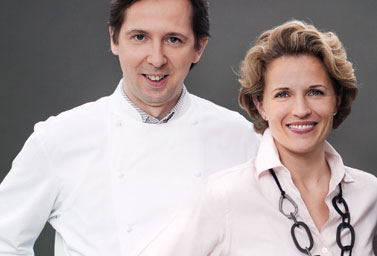 Located in Stadtpark, Steirereck is a Viennese institution, serving New Viennese Cuisine, and one of the top 50 restaurants in the world. Perfect service and a huge wine list featuring mostly local wines helped it earn its Michelin stars. Do not skip the cheese course.
Singerstrasse 28
Tel: +43 01 5125 895

Mraz & Sohn $$$-$$$$
With a chic décor that includes rotating art exhibits and a seasonal menu with excellent presentations to match, Mraz & Sohn takes the diner on a culinary journey through the different regions of Austria. Dishes focus on fish, small game, and plenty of local vegetables.
Wallensteinstrasse 59
Tel: +43 01 330 4594

Piaristenkeller $$$
Located in a 300-year-old monastery’s cellar, Piaristenkeller takes diners back in time. Viennese roulades are their specialty, and the meats are stuffed with seasonal ingredients and carved up at the table. Serving traditional food since 1880, the restaurant’s prices are surprisingly decent.
Piaristengasse 45 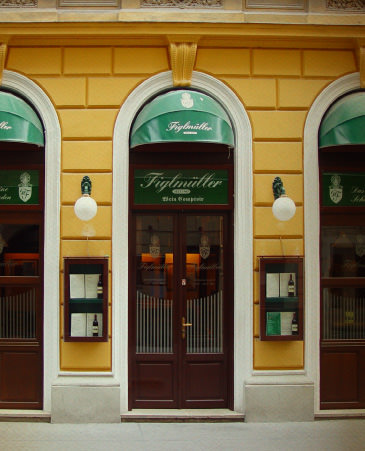 Motto $$
Feeling eccentric? Motto serves great food in a very strange setting: doll parts come out of the walls, candles use doll heads as candelabra, and the floors are lit with neon. Organic menu items, excellent tartars, and inventive entrees make this place worth visiting. Watch out for the service though, it’s notoriously lousy.
Schonbrunnerstr 30
Tel: +43 01 587 0672

Figlmueller $-$$
Great, traditional Viennese food for a decent price, Figlmueller is especially good for families. Don’t miss the house specialty, Figlmueller Schnitzel, which hangs over the sides of the plate and tastes just like it should. The house wine isn’t bad either. Make a reservation or be prepared to share your table.
Wollzeile 5 and Backerstrasse 6
Tel: +43 01 512 1760

The Beer Garden at Schweizerhaus $
This beer garden is located in Prater Park, making it a delight on a sunny day. It’s attached to the Scheweizerhaus restaurant. The beer garden atmosphere is raucous, but that’s half the fun. It’s all about local fare, so grab a hot dog or some pickled pig’s feet.
Prater 116

My Favorite Beisl in Vienna 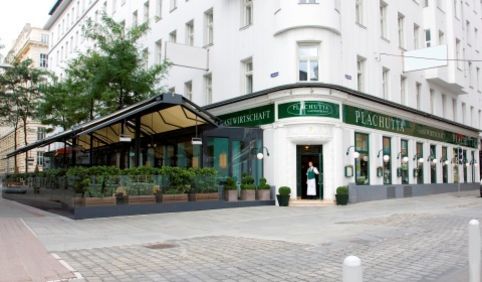 Plachutta $$-$$$
This wildly popular restaurant has a handful of locations around Vienna, and the most popular Plachutta is at Wollzeile 38. All are good, serving traditional pub fare with plenty of Austrian beers on tap.
Tel. at Wollzeile location: +43 01 512 1577

My Favorite Kaffeehaus in Vienna 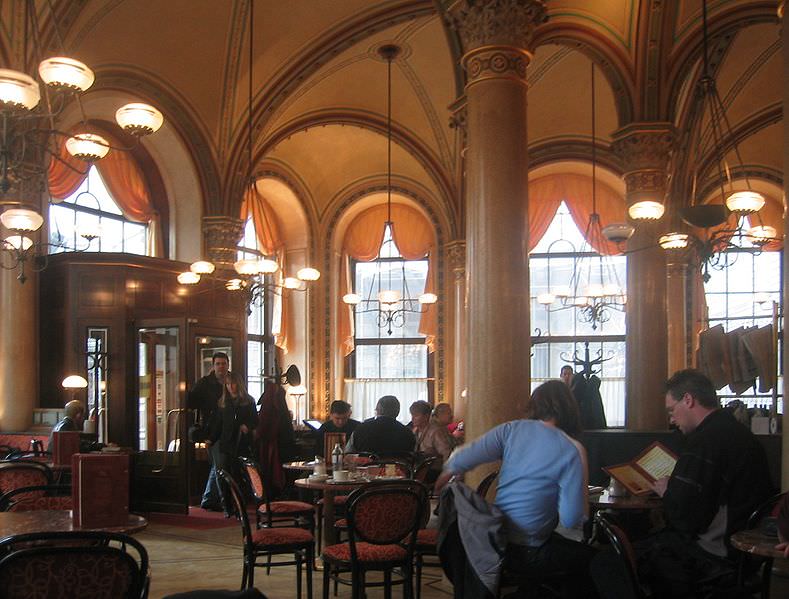 Café Central
The coffee here has captivated the tongues of some very verbose men, including Sigmund Freud and Leon Trotsky. Opened in 1887, Café Central is the most famous in Vienna, and you’ll see plenty of tourists, but don’t let that stop you from visiting. The incredibly glamorous décor and great coffee is just as it’s always been.
Herrengasse 14
Tel: +43 01 533 3763