I have had a fascination for Vienna for a long time. I am half-German and half-Turkish with a dork’s love for European Imperial history, so one of the events (two events actually) that I love to imagine the most are the two sieges of Vienna by the Turkish Ottoman Empire during the 17th century. 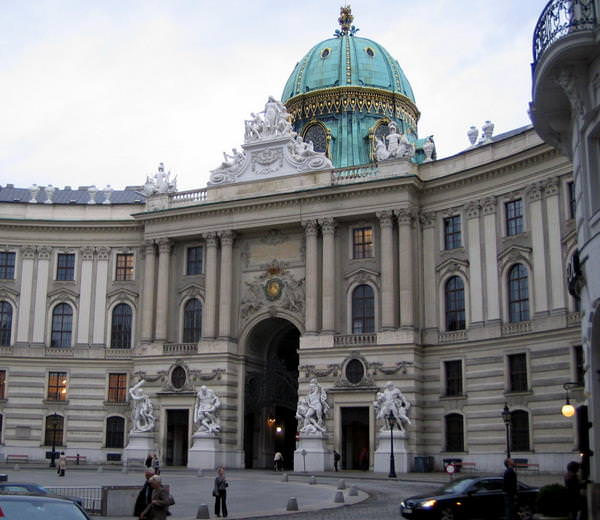 The second siege in particular, involved the Polish hero Jan Sobieski and a cavalry charge that must have sounded like Armageddon and looked something like the charge of the Rohirrim in the film version of the Return of the King… goosebumps… 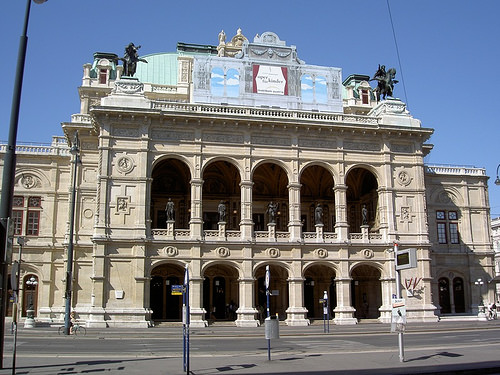 The Turks failed to take the city both times, sparing central and western Europe from possible invasion and also sparing the old city of Vienna from a thorough ransacking.

And that’s good news for modern history buffs like me who can walk the compact Old Town of Vienna in a day or three, taking in the ornate architecture of the imperial age, their churches and the great Hofburg, seat of the Habsburg Empire for centuries.

Although the city walls that repelled the Turks were torn down, the ring road that took its place does provide a convenient boundary for walks through the city center. The Ring Road encircles the Hofburg and terminates at the Danube Canal – start at one end of the ring, say near Julius-Raab Platz, and make a wandering curve away from the river and then back again, with the far end of your inward loop being the Hofburg itself.

Another popular place to start is the Staats Oper, where about a dozen different public transportation options meet: streetcars, buses and three subway lines.

My grandfather once admonished me for not taking a book on the history of Paris with me when he took me there on one of his trips to the art auction. And even though I still rarely follow all of his advice, I would agree that having a proper history book along with you on your walk through Vienna’s Old Town, although very dorky, is also very helpful and fascinating, actually. 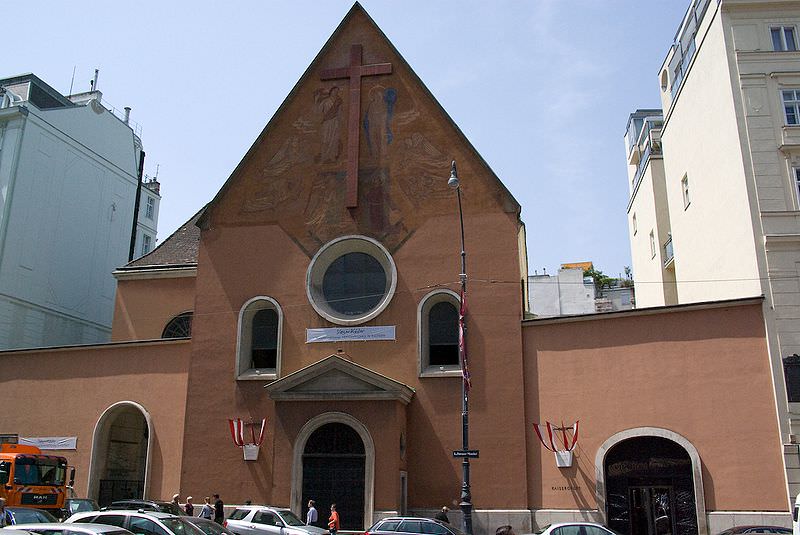 For example, you could easily walk right past the Church of the Capuchin Friars without knowing that the Hapsburg emperors are all buried there and even if you walked in, you would have no real clue as to what the decorations, scripts or symbols mean without a proper book.

A small Latin book might help as well. I remember walking past an ancient building in Vienna (easily done) and my friend, who happened to be a student of Latin and Ancient Greek, pointed out that the words along the first floor of the building read, “In the Hopes of a New Life”. (Yes, dorks do travel in groups. Small groups).

But its those little bits of knowledge that send my imagination off on a tangent. I realize that “studying up” before a vacation is something of a chore, but if you choose to go unguided, the extra hours reading will pay off.

Take, for instance, the Donner Fountain, located in the center of the Neuer Markt. Without some sort of reference material, you would never guess that the four figures on the fountain represent the four major rivers of Austria; the Traun, Enns, Ybbs and March and their uses or importance – by not revealing which figures correspond to which river, I am forcing you to at least google… 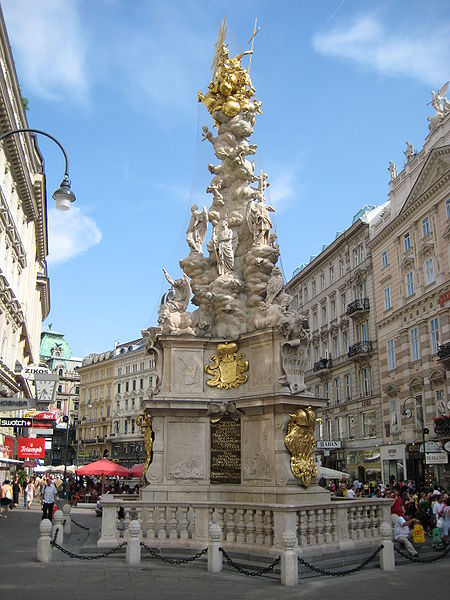 Just off of the Graben is the Plague Column, built in the late 17th century. And there is no way that anyone walking past that lumpy spire would say, “Hey, that looks like it might be a column thanking God for deliverance from the Black Plague …” With that added knowledge, you can appreciate this monument for what it represents, the fervent almost crazed ecstasy felt by the survivors of a pestilence that took hundreds of thousands of lives.

I like visiting old famous homes, like Mozart’s house or Beethoven’s house, but for me personally, its the little leftover bits of normal life, from centuries past, that have the strongest impact. It’s easy to walk around Vienna’s city center and yawn at the overdone figures and creatures and church-laden imagery – much of Europe’s imperial age is left to us in the form of random arches and statues commemorating an event or person that only specialists might know about. How can we be expected to feel a link to that history?

But I’ve found that on slow walks through places like Vienna’s old town, you have the chance to not only touch the monuments of the past, but if you bring a good book with you, you can stop at cafes and plazas along the way and read up on what you’re walking through

Vienna – Some reading and viewing options:

Vienna Life has a good book list for travelers and they also recommend The Third Man, both the book and the film.

I liked On the Siege of Vienna by Andrew Wheatcroft, but my favorite source for Western history and culture is Daniel Boorstin’s series, Discoverers, Creators, Seekers.

Vienna's historic centre and surroundings have lovely 18th century atrium houses, the so-called Pawlatschen. The Viennese city council has put together a city walk to view a few of these.