It was literally a hole in the wall.  But the nameless bar, advertised only by a wooden sign reading “COLD DRINKS,” had a spectacular setting: perched on a fifteen-foot ledge outside the medieval walls of Dubrovnik, Croatia.  Rocks fell away into the ocean; a few meters below, skinny kids were diving off into the green-blue water.  A yacht idled in the bay while kayaks splashed around its hull. 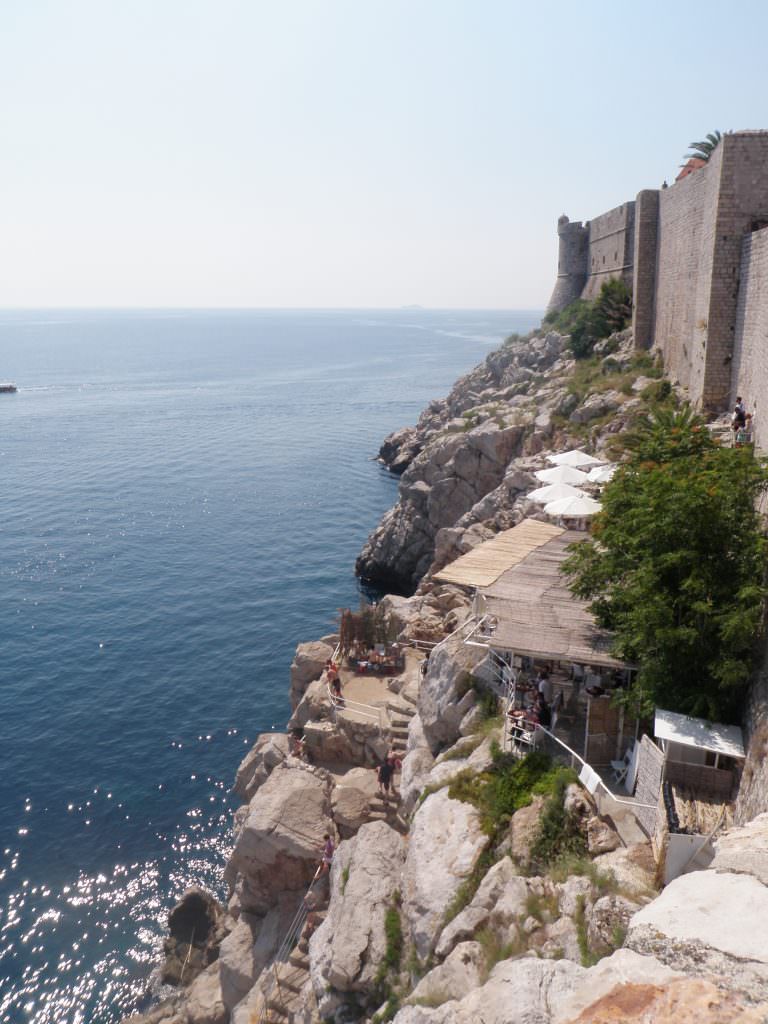 As the premiere tourist destination on Croatia’s Dalmatian Coast, Dubrovnik has plenty to recommend it: warm, swimmable, salty water; restaurants tucked into back alleys; a relaxed pace of life; fresh seafood.  Tourists have certainly discovered its charms; at night, the old city teems with both foreign and domestic tourists, sharply-dressed and high-heeled.  Outdoor cafes cater to the beach-weary crowd, while clubs thump in the upper reaches for a younger set.

Dubrovnik has gained its fame because of its walled city, a UNESCO heritage site.  The winding stone streets, reminiscent of Siena or Hania, ooze old-world charm.  Staircases climb between buildings, revealing alleys strung with laundry, apartment buildings, and 7th century fortifications.  While the main streets have been taken over by sandal and gelato shops, old Dubrovnik still has plenty of undiscovered back passages. 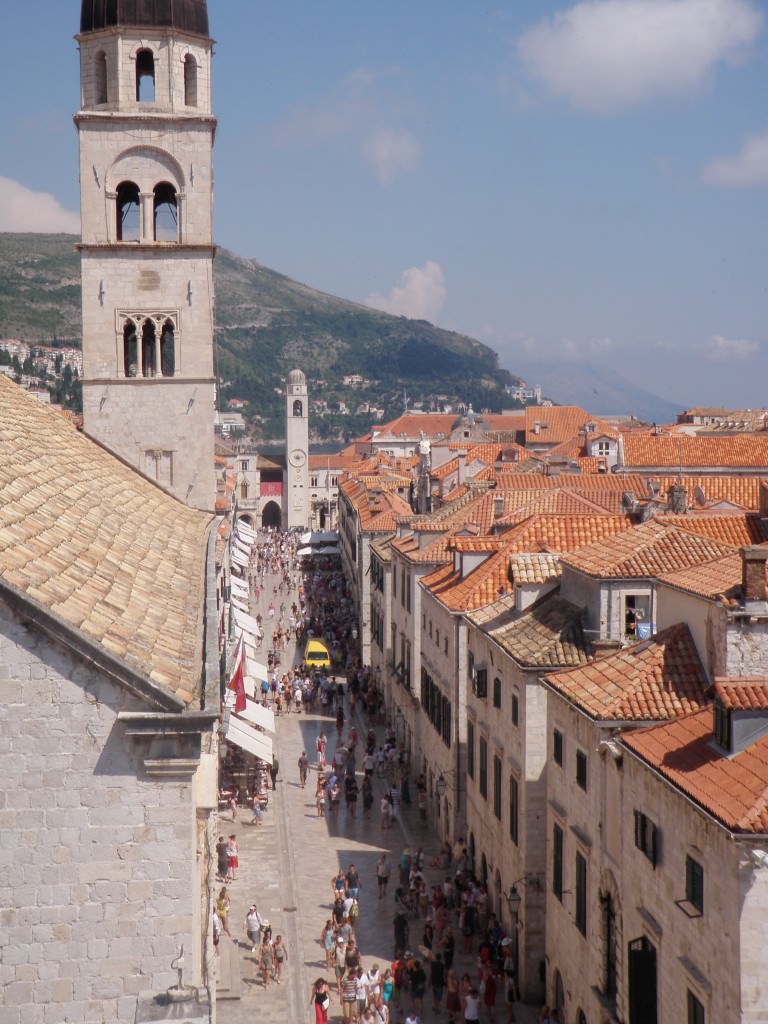 We took a midday walk around the city ramparts.  Red tile roofs spread out below us.  We could peer down into courtyards, or off the far side into the clear water, several hundred feet below.  Rigged-up sailboats were heading out to the nearby Elafiti islands to beach-hop for the afternoon.

Outside of the old city, Dubrovnik has a beach-town atmosphere.  In the Lapad neighborhood, a pebbly beach provides a social gathering point for locals. Slathered in sunlight, bathers occasionally lower themselves into the sea for relief from the heat.  Off the rocks on the far side, we leaped into the water alongside some elderly Croatians; they paddled around us, amused by our enthusiasm.  We stayed in the silky water until our bodies wrinkled. 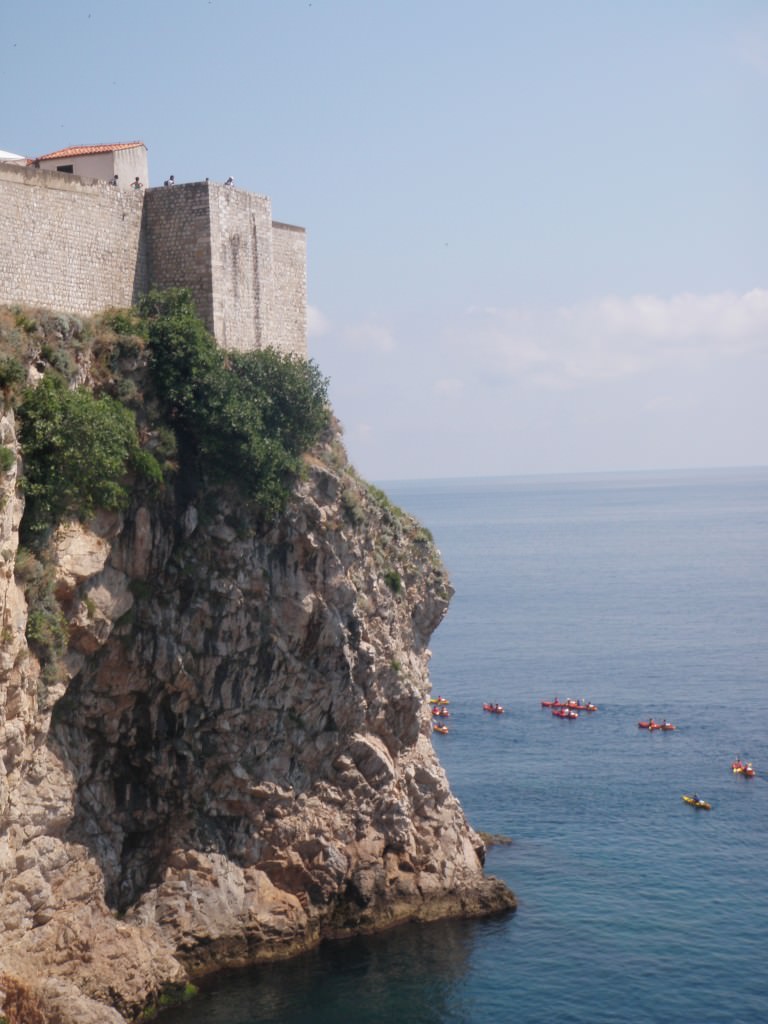 The Lapad boardwalk leads down to the beach.  Lined with restaurants and vendors of beach toys, it offers a subdued alternative to the old city.  Men sit smoking on the fountain walls; toddlers splash in the water.  A creperie-on-wheels fixes quick Nutella pancakes, wrapped in paper and topped with a dollop of cream.

In this easy ambience, it is hard to imagine that Croatia was recently part of war-torn Yugoslavia.  While tourism has helped Croatia’s economy to rebound, the faces of its people still show an unusual weariness: the reserve and endurance of a nation that underwent immense change.  Blessed with the natural beauty of their coastline, Croatians have harnessed tourist income to transform their country into a modern European nation; and Dubrovnik is the premiere example of this new fresh, vibrant face.

[...] streets of Hvar for a few days, I was back on the ferry and bound for the scenic walled city of Dubrovnik. Hours later we arrived in the port, ready to explore. It was evening and many of the day’s [...]

I've been wanting to go to Dubrovnik ever since I saw a show about it on Travel Network. It looks like a lovely place that has not yet been filled with tourists.