Approaching Verona , Italy on the train, I knew very little about the city other than that it is the setting for Shakespeare’s Romeo and Juliet (though it is generally accepted by historians that Shakespeare never visited the city). I soon discovered that Verona, located in northeast Italy, offers a peaceful, quiet atmosphere, making it the perfect city to take a brief respite from intense traveling (don’t worry, no warring political Capulets and Montagues present). For those desiring a longer stay, Verona has several beautiful sites. 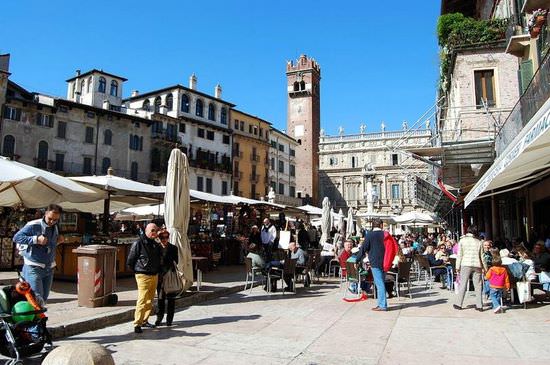 Verona’s Duomo takes the award for being the most playful in Italy: It is red and white striped. The immense, brick cathedral truly reflects the fun-loving side of Italian culture. Another impressive site is a first-century AD Roman amphitheater named the Arena, which welcomes visitors entering Verona from the direction of the train station. The ancient arena, the third largest in Italy, retains its intact walls, so the only way to get a glimpse inside is to buy a ticket for four euro. During the summer months, opera and pop music concerts are held inside. When we were visiting, the band Arcade Fire played. 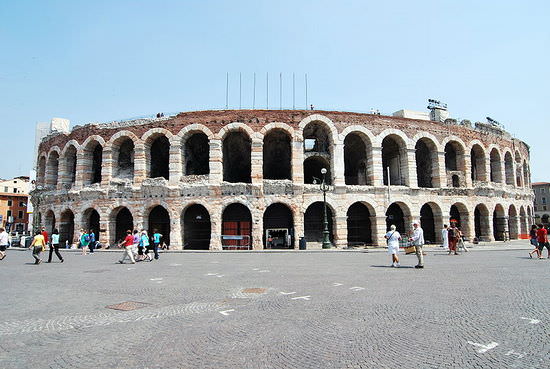 One of the more cryptic sites in Verona is the above-ground Scaliger Tombs, located in the city center. Seriously Gothic, the tombs are elaborately decorated with wrought ironwork. They celebrate the Scaliger family, which ruled Verona during the 13th and 14th Centuries.

Because of Shakespeare’s success, Verona has designated a home within the city, the Casa di Giulletta: the house of Juliet. Since the fictional couple never graced the streets of the city, I found the home more than a little silly. I do recommend visiting the location however, if only to imagine yourself inside of the famous story. 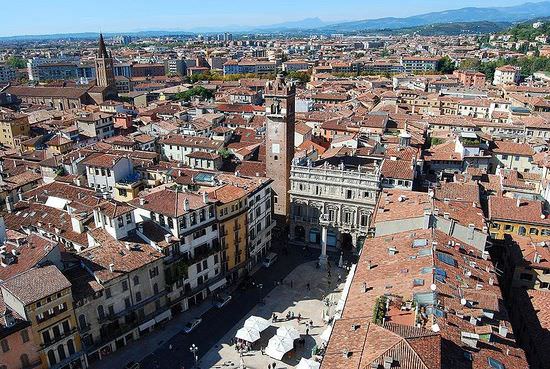 Verona is stylish, and renowned for the crisp white wine, Soave. The train ride into the city, coming from any direction, provides stunning views of the countryside’s vineyards with the Alps in the distance. My girlfriend and I found a good selection of wine-tasting menus in the bars and restaurants. The wines offered on the tasting menus were mostly white, though good reds are also available. The reds made in the region, which include Amarone and Valpolicella, are some of the most expensive in Italy. 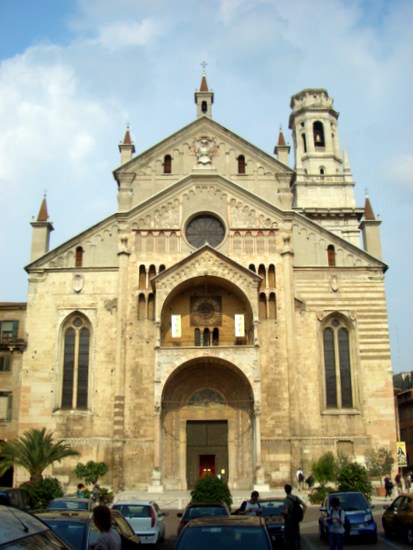 Though Verona has a population of over 265,000, the city feels quaint. The Adige River runs through the center and cafes and restaurants dot the banks. This is my favorite characteristic of Verona: its relaxed atmosphere. The restaurants are not overrun and we received exceptional service everywhere we ate. I also had one of the best cheese plates of my life. The cheeses were gone before I thought to ask their names, but I do know that they were all local!

Verona is popular with the backdrop of the tragic love story of Romeo and Juliet. But mother nature has bestowed Verona with stylish and stunning views attracting number of viewers, therefore we can see people are flooding Verona.