Valletta, the capital of Malta, is the smallest capital in the European Union, with a city population of about 6,400. (The whole country is only twice the physical size of the US capital city of Washington, D.C.). It was founded by Jean de Valette, Grand Master of the Knights of Malta, in 1566, because of its strategic location between two deep harbors, one of them the deepest in Europe. 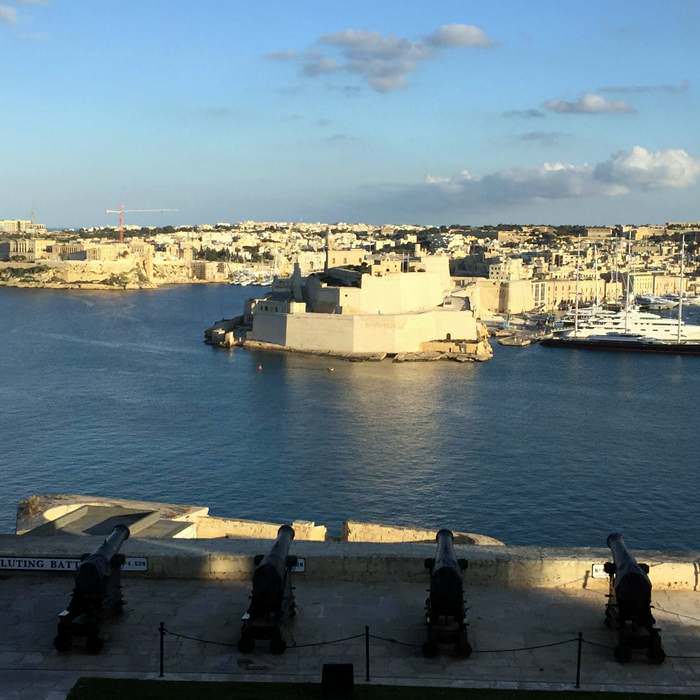 View from above the Gun Saluting Battery of Upper Barrakka Gardens

Its compact size, signage in English, and seaside location are ideal for picturesque walking tours, and Valletta has become a popular port of call for cruise ships in the Mediterranean. This popularity has led to the proliferation of schlock shops selling eight-pointed crosses, “hand-embroidered” lace doilies, beer by the cup and pizza-by-the-slice along the town’s main east-west streets. Nevertheless, there are many genuine attractions to be found in this Lilliputian town.

Start with the entrance, which was completely revamped by Italian architect Renzo Piano and completed in 2015. The original gate and bridge to the town had been designed to suggest strength and power, befitting its military origins. These qualities had been diluted with many modifications over the centuries. The Piano project re-established the grandeur of the City Gate, re-landscaped the moat, created an open-air theater area within the ruins of the former Royal Opera House (destroyed by a bomb in World War II), and constructed a new Parliament building. 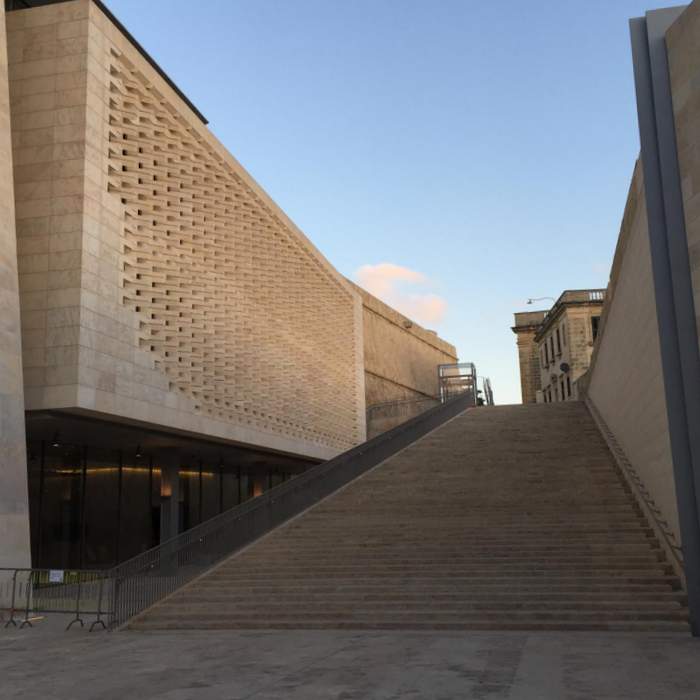 The remaining architectural “feel” of the city is Baroque, befitting its 16th century origins. It was one of the first planned cities of Europe, and has a simple grid of streets running north-south and east-west. Arguably its most important attraction is St. John’s Co-Cathedral, built by the Knights of Malta with a sober, fortress-like façade, but an ornate interior including the only signed painting by Italian master Caravaggio. This is one of 24 churches in Valletta, including two for Protestants. 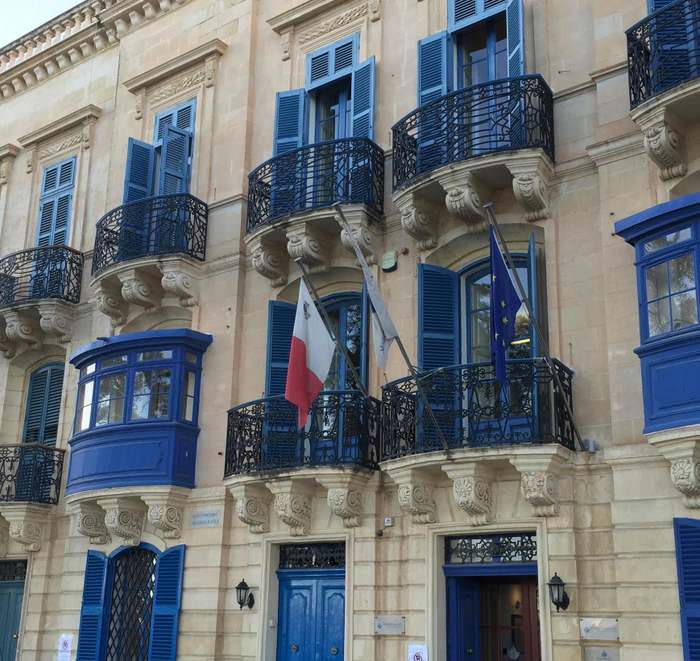 The architectural melange found in Valletta

A private home version of the Baroque era is on display at Casa Rocca Piccola, the 16th century home of a noble Italian who was also a Knight of Malta. The same family still owns the property but have transformed it into a museum, complete with restaurant and gift shop. If you are curious about the lifestyles of the rich and famous dating from 1646, this is a good way to satisfy that curiosity. Other museums worthy of attention are the National Museum of Fine Arts, the National Museum of Archeology, the Grandmaster’s Palace Armory Museum, the War Museum, and the Toy Museum. 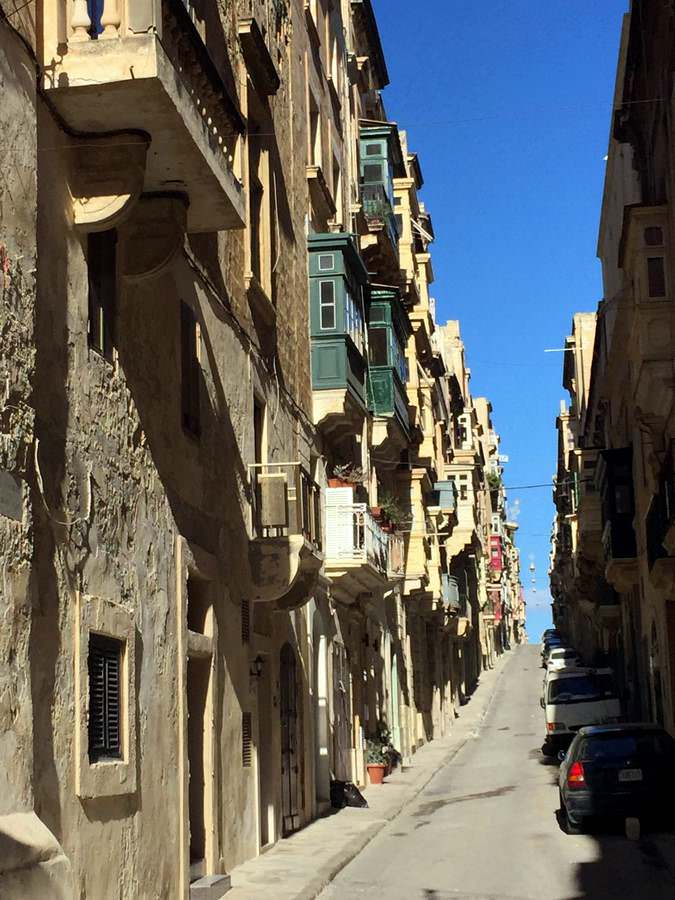 Streets in Valletta can be steep and narrow

The Upper and Lower Barrakka Gardens overlook the Grand Harbor. Locals as well as tourists come here for recreational strolls and so did the original visitors to the gardens – Italian members of the Knights of Malta. 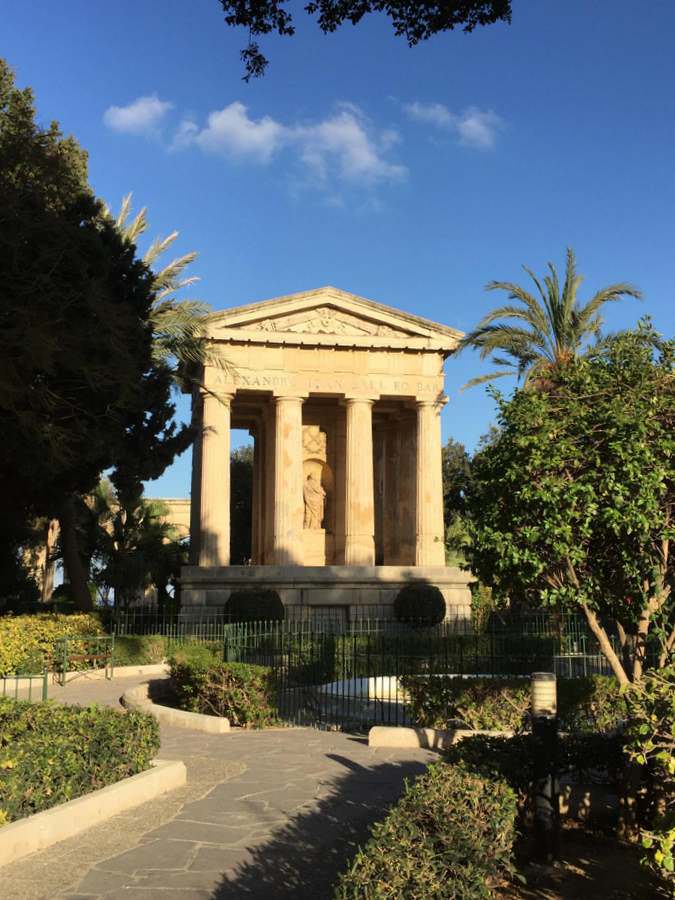 Recreation of another sort can be found in Valletta’s clubs and bars. Late singer David Bowie sang at one of the most famous, Café Premier, and a snippet of Valletta at Carnival time appears in a Paul McCartney music video. Strait Street is a gentrifying area where many up-and-coming night spots can be found. 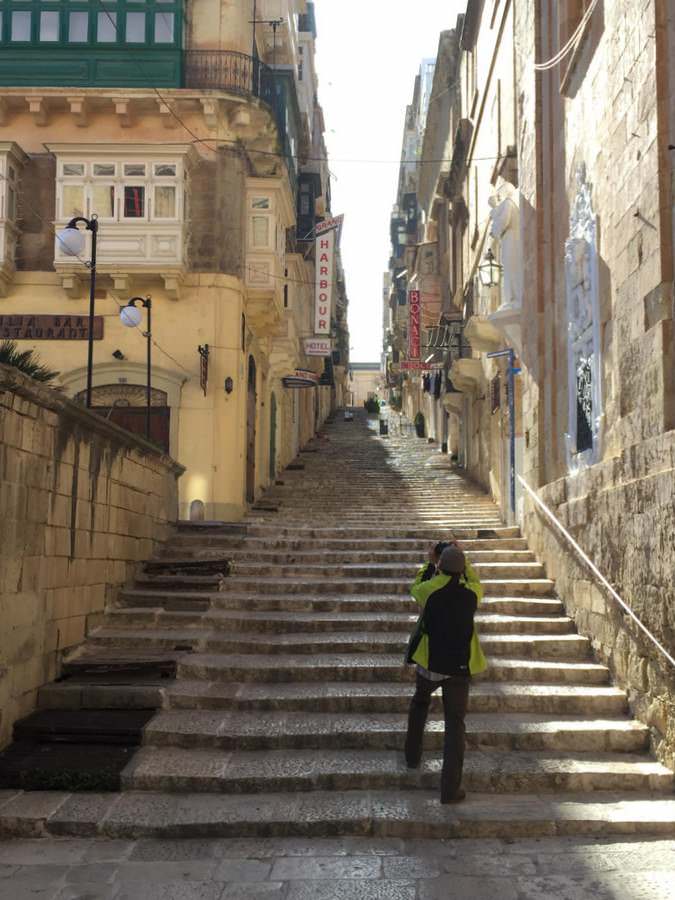 Some streets in Valletta rival those of San Francisco

Just south of Valletta proper, a short photogenic ferry ride away, are the three fortified cities of Birgu (also known as Vittoriosa), Senglea, and Cospicua (also known as Bormia). They predate Valletta by centuries: Birgu, the oldest, dates back to the Phoenician conquest. The street names are largely what remains of the original settlements, as most buildings were destroyed by Axis bombings in World War II, and subsequently rebuilt. The ports and harbors of the Three Cities sport open-air restaurants and cafés, ideal locations for people and boat watching in pleasant weather (which is most of the time). 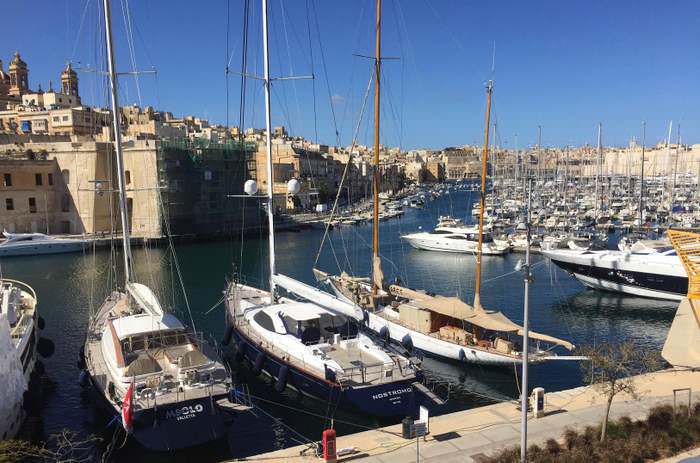 postcard-perfect port in the Three Cities

South of the Three Cities, an easily-walked distance, lie two of Malta’s most outstanding treasures – the underground Hypogeum in Paola and the above- ground temples of Tarzxien. These UNESCO World Heritage sites bear witness to the mysterious Neolithic culture that created them some 3,000 years BC and then, inexplicably, vanished. Visits to the Hypogeum are strictly controlled; only 10 visitors an hour are allowed and you must reserve in advance for your € 30 per person tickets. In the winter, that can mean a week or 10 days. In high season you need to book two months ahead.

If you think that requires too much advance planning, keep in mind that Valletta will be recognized as a European Capital of Culture in 2018. The whole area is already gearing up for the celebration, and what may seem like long waits now could be interminable by then. Meanwhile, off-season is the best way to tap this capital’s cultural delights.