It isn’t often that an exact date in a city’s history can be pinpointed as the day that everything changed. Usually, shifts in a city’s fortunes occur slowly over time, taking generations but Aberdeen isn’t like most cities. On October 7, 1970, underwater exploration 110 miles off the Aberdeen coast struck oil and nearly 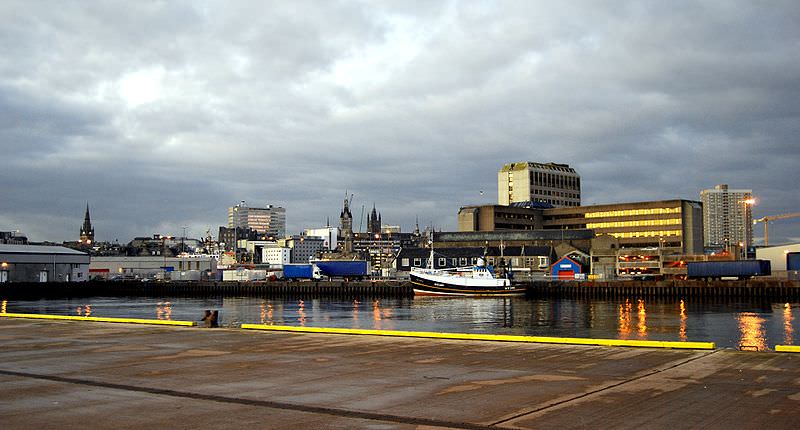 overnight, the “Granite City” became one of Europe’s most prosperous. The traditional textile and fishing industries took a back seat to oil and the boom was on.

Aberdeen, a city with over 8,000 years of history, was changed like no other in Europe during the oil crisis of the 1970’s. Astronomical rises in global oil prices (sound familiar?) had made the high cost of North Sea exploration finally worth it. And when a BP underwater drilling rig called the Sea Quest struck oil, Aberdeen became the capital of the North Sea oil boom. 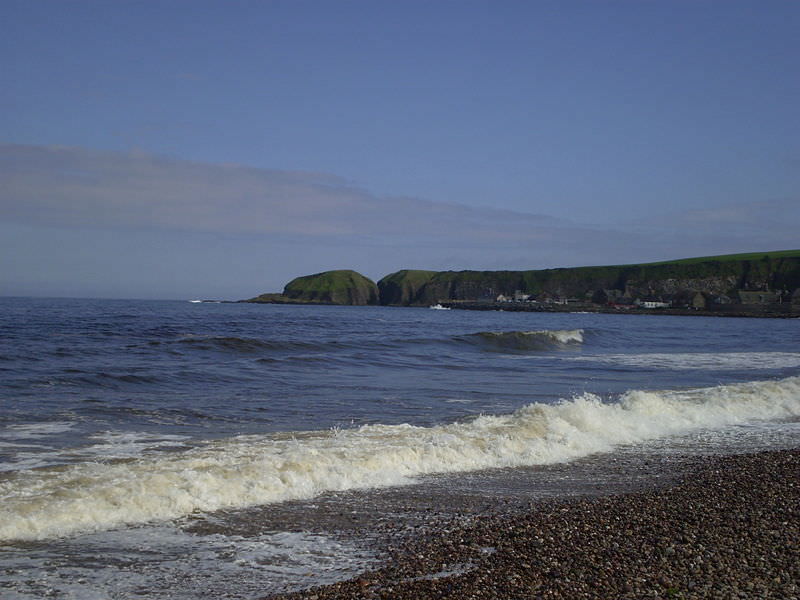 As the rest of Scotland experienced rising unemployment and growing hardships, average weekly wages in Aberdeen nearly quadrupled. Over a ten-year period, the population increased by 20,000 people and the cost of a home tripled. The boom spread to every industry in the Aberdeen area. Oil paid for new schools, new housing and new offices, and the construction, servicing and supply of oil platforms meant that nearly everyone benefited from the discovery of oil. And while the boom has certainly slowed over the years, it isn’t over. Discoveries of oil deposits are still being made and in June 2010 a huge new reservoir was discovered off the coast, ensuring that oil will still be king in Aberdeen for the foreseeable future.

But Aberdeen isn’t all about oil, not by a long shot. Like most Scottish cities, the 21st Century lives side by side with the past and Aberdeen shines like no other city in Europe – literally. On sunny days, the city buildings, constructed with local grey granite containing lots of twinkly mica, sparkle, giving Aberdeen one of its many nicknames – the “Silver City”. But on cloudy days, the sparkle goes away and the grey of the granite blends with the sky,  making it hard to tell where the clouds end and the “Grey City”, another of Aberdeen’s nicknames, begins.

In addition to animated architecture, Aberdeen has a thriving cultural scene that includes world-class museums of both modern and fine art, indie music venues and playhouses and theaters that rival the best in the UK. For history buffs, Aberdeen is tough to beat. Robert the Bruce, the Black Death and invading armies have all played a part in shaping the city and Aberdeen’s historical sites are waiting to tell you all about it. Throw in some five-star hotels built to cater to the oil industry execs along with some great mid-range and budget accommodation and Aberdeen firmly falls into the must-see list of UK cities.

As we mentioned earlier, Aberdeen’s culture is tough to beat. There are literally hundreds of museums, historic sites, galleries and playhouses throughout the city. Aberdeen is one of those cities where you can throw away the map and just wander aimlessly down narrow closes, cobbled side streets, and along the main drags; you’ll find something around every corner. And if you are visiting a museum, don’t plan on paying admission, as most are absolutely free.

The wonderful Aberdeen Art Museum and Maritime Museum on Shiprow just off the harbor details Aberdeen’s long and close relationship with the sea. It covers everything from shipbuilding and the fishing industry to an exhaustive documentation of the development of the oil industry. The adjoining Provost Ross’ House, built in 1593 (yep 1593) is well worth a visit. The Aberdeen Art Gallery is one of the city’s busiest attractions and contains works of art dating from the 15th century to the present day.

History buffs won’t want to miss the dramatic ruins of Dunottar Castle where William Wallace, Mary Queen of Scots, and the Marquis of Montrose all visited. Also, the Gordon Highlanders Museum  chronicles the triumphs and tragedies of one of the UK’s most famous fighting forces. Disbanded in 1994, the Gordon 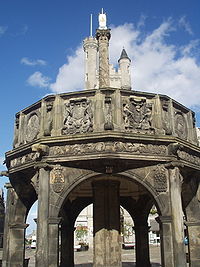 Highlanders fought in conflicts dating back to 1794.

Other must see sites include (but certainly aren’t limited to) the 16th Century King’s College Chapel , Marischal College , the Mercat Cross and the 15th Century St. Machar’s Cathedral.

Food, drink and nightlife in Aberdeen

A visit to Aberdeen wouldn’t be complete without trying a few of the local specialties. Grabbing an Arbroath smokie  (smoked haddock) from a sea side vendor, filling up on a comforting bowl full of stovie (a stew-ish dish) or bellying up in one of the cozy pubs for a dram of a locally distilled whisky are all must-do’s while in Aberdeen. Aberdeen is awash with great places to grab a bite. Everything from a quick bacon buttie (bacon sandwich) and a big fry-up for breakfast to fine dining on local game and seafood is available.

For great local seafood with a French twist and some great North Sea views, check out the Silver Darling on the North Pier. Before heading out to one of Union Street’s many restaurants, stop in the Grill Bar for a dram or a pint of Real Ale. The Grill Bar is Aberdeen’s oldest and has a long bar counter. You won’t find many seats as standing is the norm here, but you’ll find great people and great conversations. 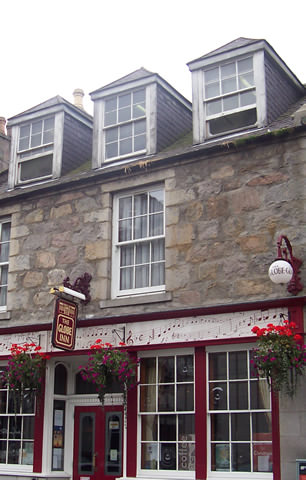 If you are looking to check out some local music, you’d be hard pressed to beat the scene at The Tunnels. Set in a subterranean-esque environment, The Tunnels brings to mind the famous Cavern Club in Liverpool and plays host to some of Scotland’s (and beyond) best up and coming musicians. The Kooks, Kate Nash and Hot Chip have all played to sold out crowds. For more traditional music check out the Globe Inn on N. Silver Street just off Union Street. The Globe also has a great beer garden and is near His Majesty’s Theatre, the Aberdeen Art Gallery, the Music Hall, the Lemon Tree  and the Union Terrace Gardens.

Where to Stay in Aberdeen

Whether you are looking for five-star accommodations with turn-down service or simply looking for a bunk in a cheap and cheerful hostel, Aberdeen has accommodations for everyone and every budget. The aforementioned oil boom led to the construction of a fair share of elegant hotels. While an initial glance of Aberdeen accommodations might scare away those on a budget, fear not.

Aberdeen has two nice youth hostels that aren’t just for youth. The Scottish Youth Hostel Association has a nice hostel on Queen’s Road and the Aberdeen Youth Hostel on Great Western Road, both offer clean bunks and private rooms at reasonable prices. 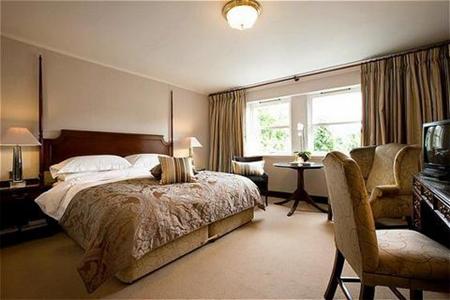 There are a number of bed and breakfasts  throughout town as well.   The 4-star  Lewisville B &B is located just outside of town.

If you are looking for luxury, try the Marcliffe Hotel and Spa, the West End’s Copthorne Hotel, or the Malmaison Hotel — and let the pampering begin.

Written by Robert Lovik for EuropeUpClose.com

Thanks for the post! I can't wait till we head to scotland and get some good food in a cozy pub!