Belgium is home to eleven UNESCO World Heritage Sites, but if you take into consideration all individual sites, there are no less than 60. That can be explained as follows: Two of Belgium’s official UNESCO World Heritage Sites are actually made up of several separate sites—there are 17 Flemish béguinages, which are regarded as just one world heritage site, while 33 belfries dot the country, which are also classified as only one specific world heritage site. If you’re a history buff or simply someone who enjoys a beautiful piece of architecture, Belgium is the place to go. It’s a small and friendly Western European country that can be covered in the timespan of the average two-week vacation.

Make sure to visit the following UNESCO World Heritage Sites in Belgium! They’re absolutely worth it. 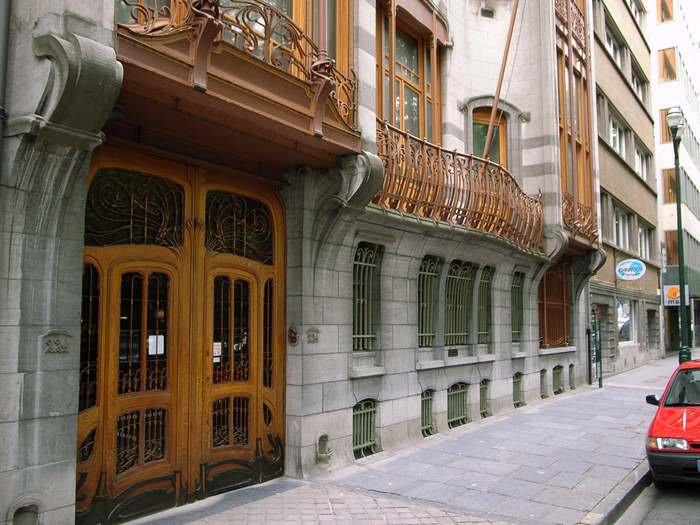 Brussels-based Victor Horta was both one of the pioneers of the late-19th-century Art Nouveau style and one of the style’s most influential architects. He left his mark on many buildings in Brussels, four of which were declared world heritage sites in 2000. These four houses are Hôtel van Eetvelde, Hôtel Solvay, Hôtel Tassel and Maison & Atelier Horta. All are located in the relatively compact historic city center of Brussels. 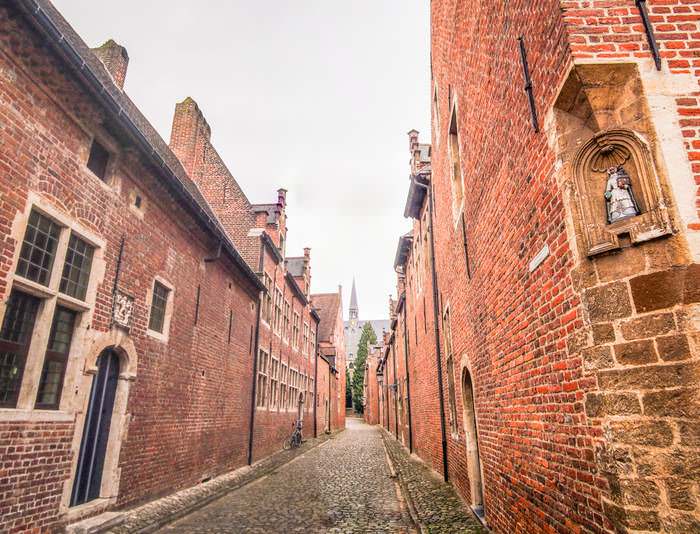 The Grand Béguinage in one of two béguinages in Leuven

The vast majority of the world’s béguinages are found in Flanders and Belgium’s northern Dutch-speaking half. A few exceptions are found in the Netherlands, northern France and England. A béguinage was basically an alternative religious social system that emerged in the Low Countries in the 13th century. It was inhabited by women (‘béguines’) and consisted of courtyards, churches, row houses, parks and convents. A béguinage was essentially self-sufficient and formed a city within a city, effectively being closed off by walls and gates. Béguines were by no means poor, although there were exceptions, but were rather well-off, being able to do what they wanted and living virtually independent lives. While every major town and city in the Low Countries used to have a béguinage, now there are 17 left in Flanders.

Belfries of Belgium and France 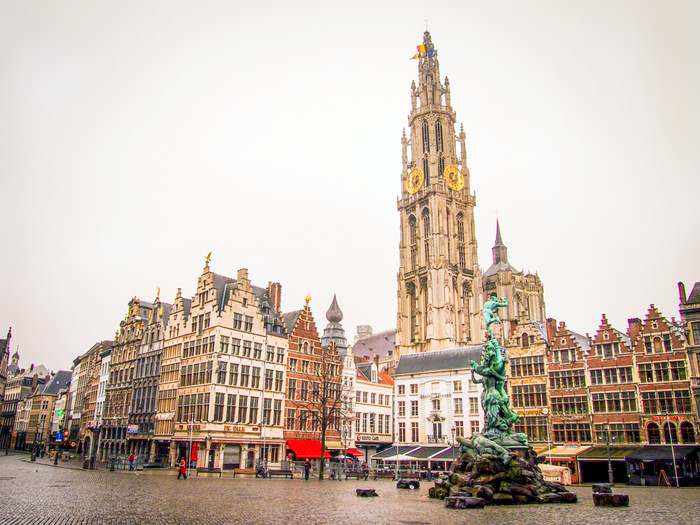 Towering above all other buildings in Antwerp, the Cathedral of Our Lady is the city’s belfry.

Just like béguinages, belfries are a typical feature of a city in the Low Countries. This particular UNESCO World Heritage Site includes all belfries in Belgium and northern France, 33 and 23 individual belfries respectively. The belfries are situated all over the country, from the coast to the east to the far south. Belfries are historically extremely significant structures for they represent the rise of municipal power in the Middle Ages in a region that was often ruled by foreign powers. Trading and manufacturing cities grew wealthy and relatively independent from foreign rule and began showing that by building fortifications and belfries. These towers were where city charters, treasures and other valuables were stored. They were also the meeting place of the city council, as well as the home of the communal bells. Oftentimes, belfries served as watchtowers. Other times, the belfry was actually the church tower, which gave it religious power as well. While every single belfry is a marvelous piece of architecture and a highlight, the most impressive ones are in Bruges, Antwerp, Ypres, Aalst, Ghent and Mechelen. 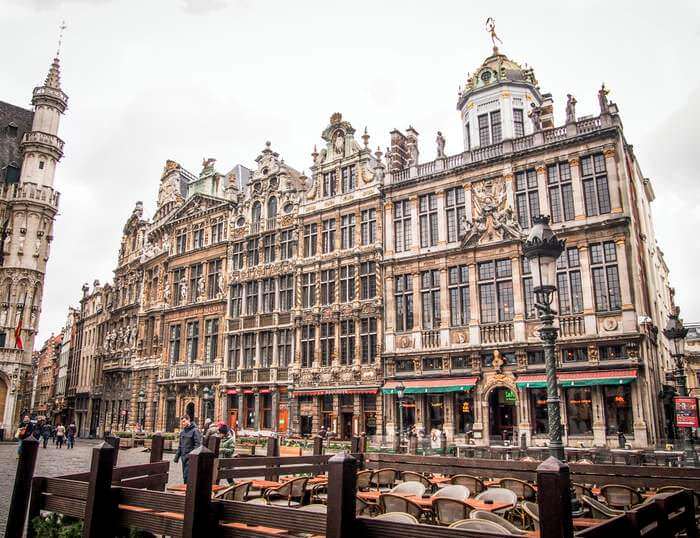 Gorgeous guildhalls at the Grand-Place in Brussels

Brussels’ second UNESCO World Heritage Site is arguably one of the most impressive urban sites in Europe, if not the world. The Grand-Place with its gorgeous gothic and beautiful baroque guildhalls and striking Town Hall is without question one of the world’s most stunning squares. Dating back to the 13th century when it was built as a marketplace, the Grand-Place is now lined with cafés and restaurants and is home to the City Museum. It is definitely one of the top things to do in Brussels. 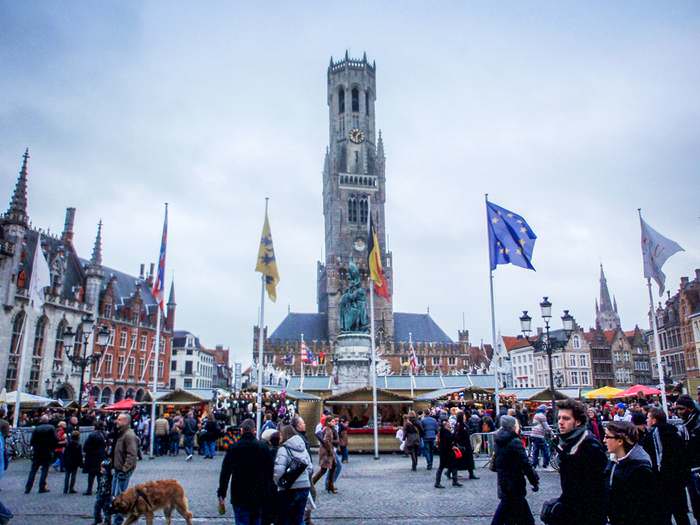 The belfry of Bruges dominates the market square in historic Bruges

Bruges  is probably Belgium’s most popular tourist destination. The entire center of this old city is a UNESCO World Heritage Site because of its incredibly well-preserved medieval buildings, cobbled streets and all-round historical value. You will never run out of things to do in Bruges. It’s a city with colorful row houses, picture-perfect swan-filled canals, imposing churches and fascinating art museums.

Looking for the Best Pricing on Hotels in Belgium?

Written by and photos by guest contributor Bram Reusen for EuropeUpClose.com. Bram Reusen is a freelance travel writer, translator and photographer from Belgium who currently lives in Vermont, USA. Bram’s preferred ways of traveling and getting around are hiking, cycling and road tripping. You can follow his adventures at Travel Experience Live.