Turda, Romania, is a smallish town with larger-than-life tourist attractions. These include a big salt mine, a church where one of Europe’s first edicts on religious freedom was signed, and an over-the-top hotel that capitalizes on 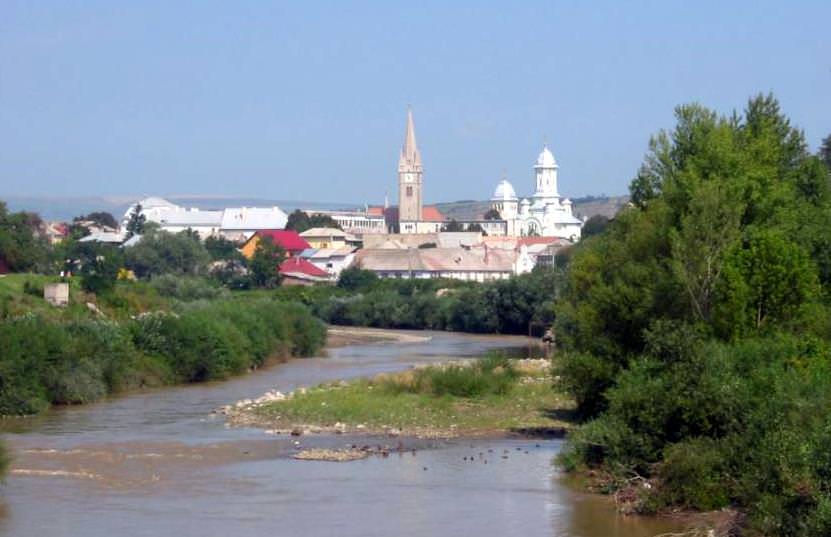 clichés about Transylvania, the region where the town is located.

Visiting Turda’s disused salt mine is a bizarre experience. You walk through passages and chambers hewn out of the salt. This is mostly brownish salt, but in places, especially toward the bottom of walls, it erupts into a white bloom. The air is cool and oddly refreshing. In fact, a visit here is sometimes recommended to people with respiratory disorders. 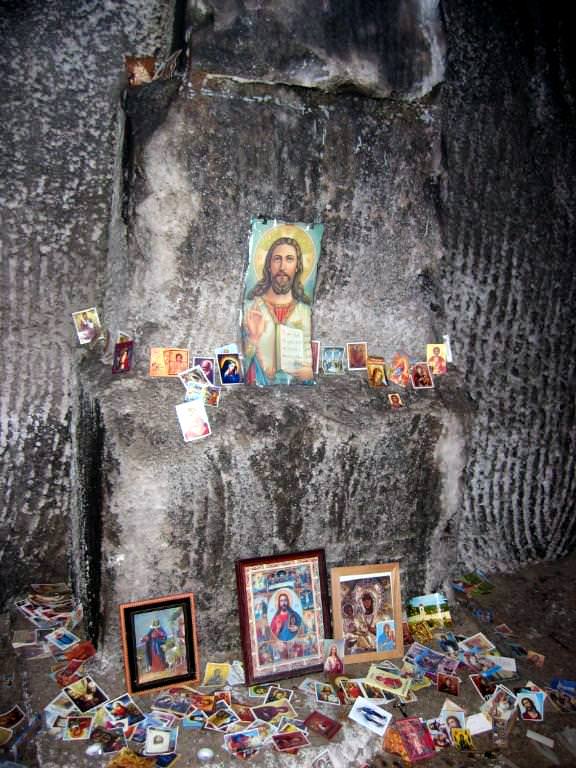 The mine, which stopped operating in 1932, was established in 1690. Some sections are named after Habsburg rulers, as a lot of expansion happened during the 18th century when Transylvania belonged to that empire. In one place, you can see a grooved circle on the floor, where horses drove machinery around to hoist the white gold up to the surface. The mine is open all year, from 9am to 5pm during summer and from 9am to 3pm in the winter. It is a mile north of the town center – you go up Strada Avram Iancu, then fork right onto Strada Salinelor. 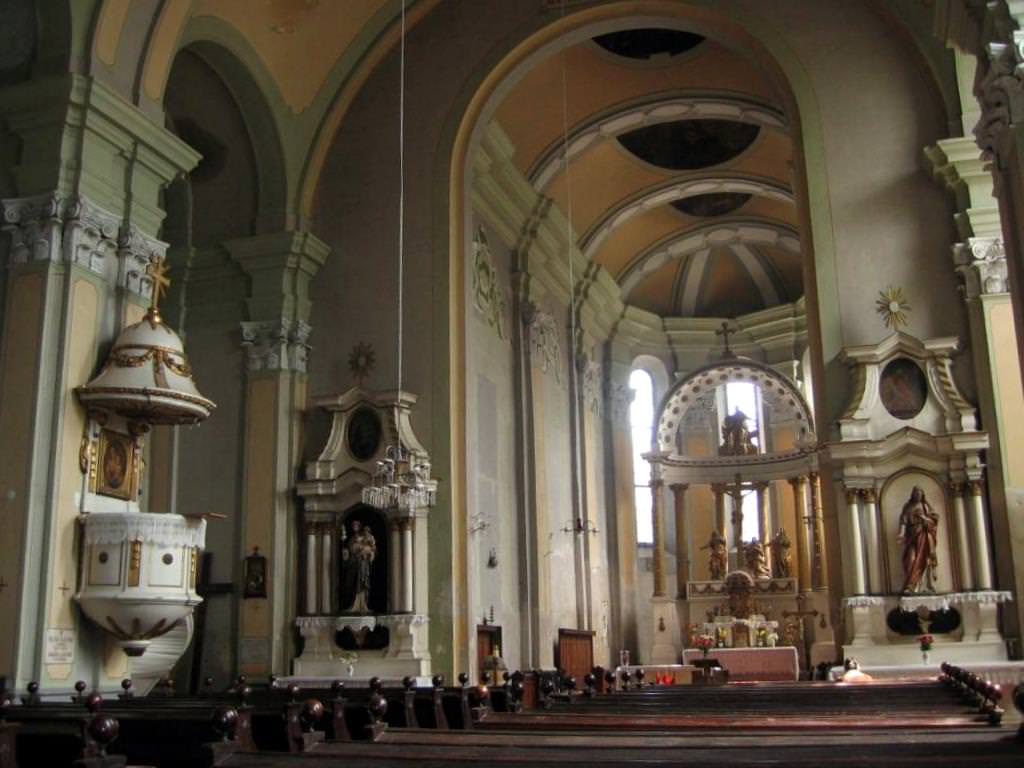 Turda’s Roman Catholic church, at the northern end of the town’s main square, Piata Republicii, was the place where, in 1568, Transylvanian legislators signed one of Europe’s very first rulings on freedom of religion. It stated that  every priest should interpret the Gospel in whatever way he thought was correct, free from punishment or threats. At the time, Turda and other nearby places were abuzz with a newly formed faith, Unitarianism, which rejects the Trinity and teaches that God is one. But that is just one of a whole patchwork of faiths – including Catholic, Lutheran, Calvinist and Orthodox – that has been a characteristic of Transylvania over the centuries.

For a building that housed such an important event, the church today is quiet. Its spartan interior is frequented by a minority of townsfolk who practice the Catholic faith. Originally constructed between 1498 and 1504, the church has a mostly Gothic exterior, but with a visibly newer, Baroque front facade. 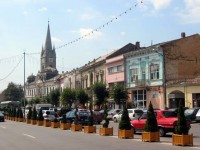 Piata Republicii, which stretches south from here for about half a mile, is a curious sort of town square: more like a long street that swells out into wider areas at two places. The northern of these, where the Catholic church sits, is flanked by pretty 18th-19th century buildings. On its west side are a two-star hotel and restaurant named Potaissa – an old name for the town – and a courthouse with a little squat clock tower.

Further south, but still in the northern half of Piata Republicii, several buildings have gateways leading to inner courtyards. One, on the east side, opens to a bustling marketplace. 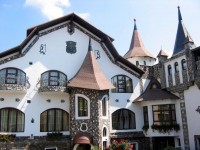 At the midpoint of Piata Republicii, a street named Strada Sterca Sulutiu leads eastward to the Hunter Prince and Dracula Castle. Besides being a four-star hotel and restaurant, this is a tourist attraction in its own right: a deliberately over-the-top fantasy version of a medieval hunter’s lodge or vampire’s den. Questions of esthetic taste aside, Hunter Prince is the best eatery in Turda, offering game meats including boar, bear, ram and quail in some imaginative ensembles. Some involve fruit garnishes like apples and raisins.

Toward the south end of Piata Republicii is a little park, the town hall, and two more churches, both better attended than the Catholic one.  The Reformed (Calvinist) is the biggest church, and perhaps the most attractive in its austere way. It’s a Gothic edifice, first constructed in about 1400. Its simple, white, pointed spire is almost 200 feet tall. The church is surrounded by nice lawns and rose beds. 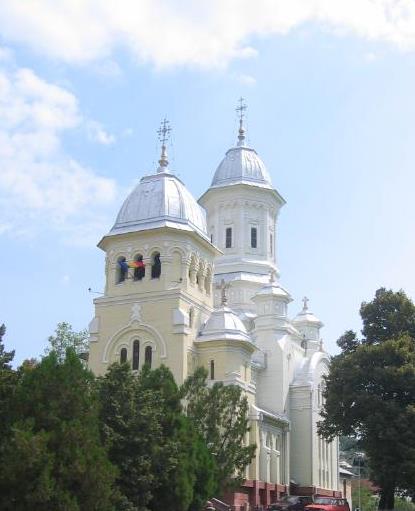 The Orthodox church serves ethnic Romanians, the majority of Turda’s 60,000 residents, today. Its exterior glistens with silver domes, and its interior is no less impressive, adorned with colorful paintings and imposing icons. Elegant arches and pillars support upper galleries. It’s all quite new, but done in the age-old style. This is an unusual Orthodox church in that it has a pulpit. It is rarely used because, in Orthodox services, priests stand at the front leading chants rather than stepping up to deliver sermons. Another unusual touch for an Orthodox church is that a choir of male and female singers, led by a conductor, sometimes stands on the gallery at the west end, backing up the congregation in the responses to the priests’ chants.

Turda is 16 miles from the major city of Cluj, and a main road connects them. If you’re not driving, it’s worth knowing that Turda is not on a train line. Trains from Cluj stop at nearby Campia Turzii, and frequent buses run to Turda from a stop near Campia Turzii’s train station.