The Italian region of Le Marche is not very well known. It’s a secret almost, delightfully free of loud advertising and tourists – for now. The region is also home to Lacrima di Morro d’Alba, a grape that has been around since Roman times. 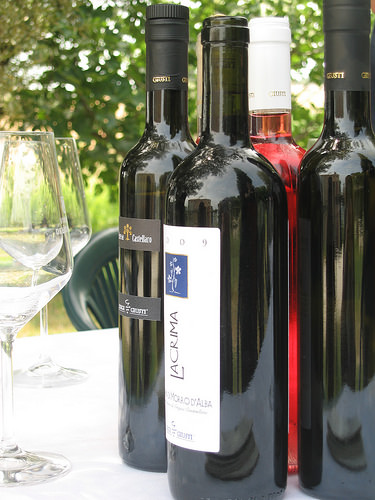 At the Luigi Giusti winery, Giovanni Giusti guides us through the production process; then we take a leisurely stroll among the vines. Yet, what intrigues me the most, are the stories: the story of the grape, the story of the winery, both are tales of tragedy and romance.

Evocatively, Lacrima means tear. It had all but died out, when, luckily, the 1980s brought with it a revival of interest in this ancient grape. Today, Lacrima wines are still relatively rare, with only about 20 producers. All in Le Marche.

Just as nostalgic is the story of this small family-run winery. Giovanni’s grandfather began growing vines in the 20s and 30s. When he died before World War II, his widow ran the business alone. It can’t have been an easy task for a single mother in war-torn Italy. Later, Luigi Giusti took over, 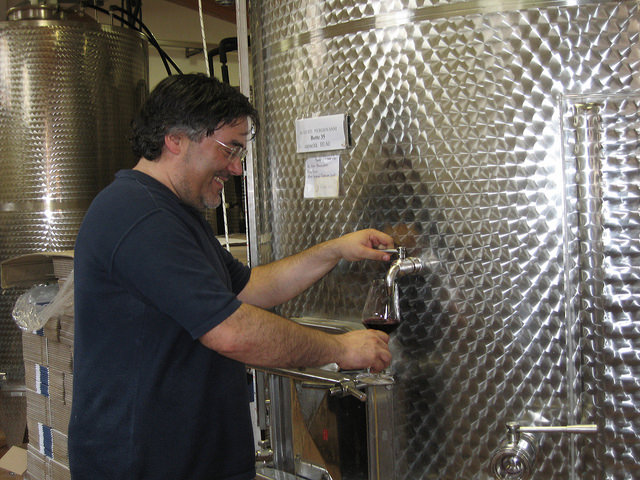 and from the age of seven, Giovanni spent many happy hours with his father among the vines. When Luigi died much too young, the winery was left to Giovanni and his brother.

In a quiet voice, Giovanni tells us how he was devastated by his father’s death, this supremely important person in his life. The 23-year-old spent every waking moment in the vineyard, racked with doubts as to his abilities as an independent wine maker. Then he lights up and tells us how everything changed when he met Elena, the love of his life.

Sadly, his brother also died young. Today, the family – Giovanni, his wife and children, his aging mother, and his brother’s widow and their children – all live together in the same big house. ‘That way’, he says with a shy smile, ‘when I see my brother’s children, it’s as if he is still here.’ 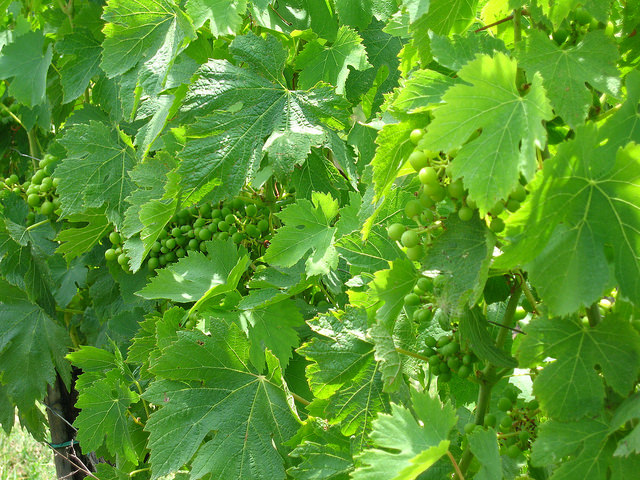 Sitting in a grove by his vineyard, Giovanni shares his story while we sample the wines. For hours, we sit in the shade of the olive trees, chatting and tasting. We try a light, fruity white made on Verdicchio, another grape indigenous to Le Marche. The wine is named Di Ele in honour of his wife.

Moving on to the rosés, Le Rose di Settembre is bright ruby red, and sells very well locally. However, non-Italians apparently prefer rosé wine of a more subdued hue, so Giovanni created Anima Rosa for the foreign market. We try both. There’s a distinct difference in flavour. I can’t quite make up my mind as to which one I prefer. The Anima Rosa is a lovely rosé, no doubt; light as a summer day, perfect for a picnic or at the beach. But there’s something about Le Rose di Settembre, something bold and fresh. 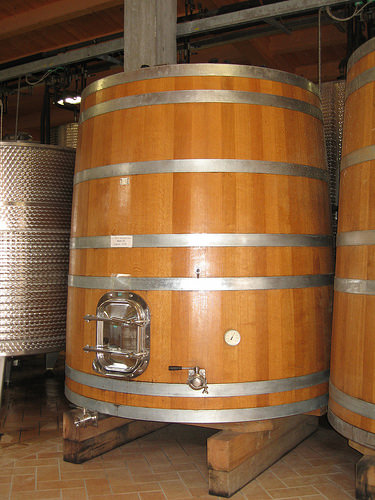 Amidst the vines of Lacrima, Giovanni has planted a little Merlot. That wine he amusingly calls L’intruso, the intruder. However, the main player in the vineyard is Lacrima. My favourite is Luigini, intense and aromatic. On the back label, I read a touching dedication to Luigi Giusti.

Nearing the end of a most dreamy afternoon, we’re served a yummy sparkling wine, Bollanera, then the pièce de résistance, a Visciola, a delicious, mouth-watering liqueur made of Lacrima and small, sour cherries.

It’s as if I can taste Lacrima’s ancient origins, taste history. By now, I’m in love with this ancient grape. I’m in love with Giovanni, his family, the region – and I could stay here forever, never mind my hot, sunburnt forehead. Sadly, we have more things to see, places to go…

The author was in Le Marche as a guest of La Tavola Marche, an agriturismo run by former New York chef Jason Bartner and his wife Ashley, who sold up and moved to Italy to live the slow life. The winery visit was organised through Marco’s Way winery tours.

Great story - I knew precisely nothing about Lacrima!

I'd love a giant wine barrel in my house!

would love to visit this winery!! sounds fantastic!

Sophie, this is a story to my heart. I'd love to go on a wine tour, not to taste the wine because I don't drink alcohol but to learn about the entire process.