The 870-mile Wales Coast Path is the first of its kind–a continuous path following the entire Welsh coastline from Queensferry in North Wales to Chepstow in the southeast. The Coast Path, completed in 2012, is actually a collection of linked trails, from the long-established Pembrokeshire Coast Path to the newer North Wales Path. Interested in walking a section of the Path but uncertain where to start? Here are three day walks sure to please trekkers of all ages, including families with young children. 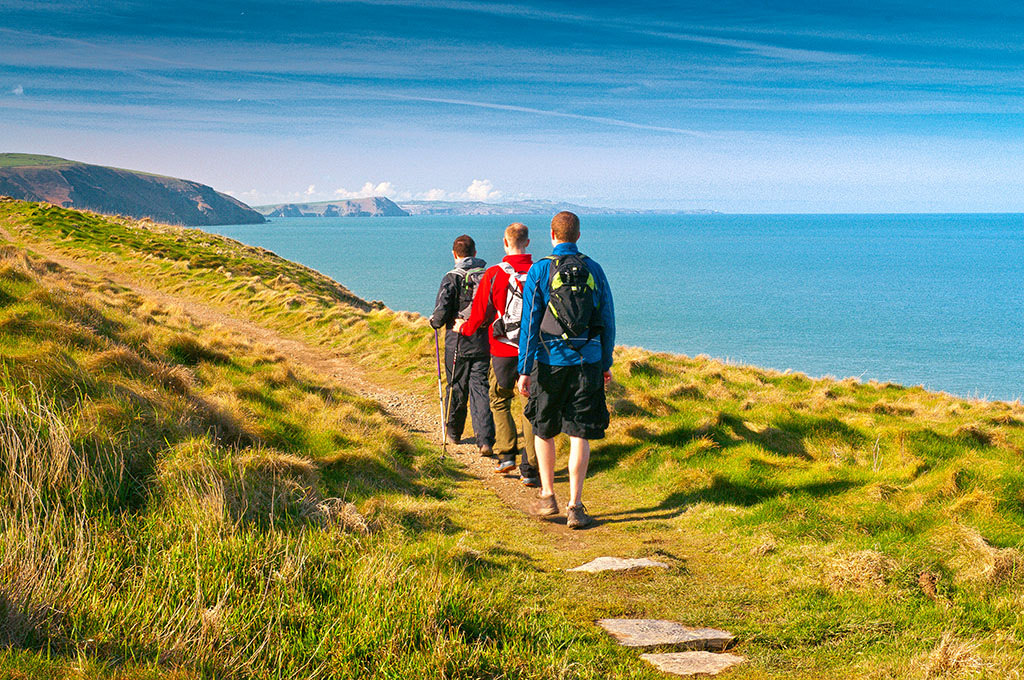 With its ancient settlements, Victorian coastal towns, and medieval castles, the North Wales section of the Coast Path is a great choice for history lovers. 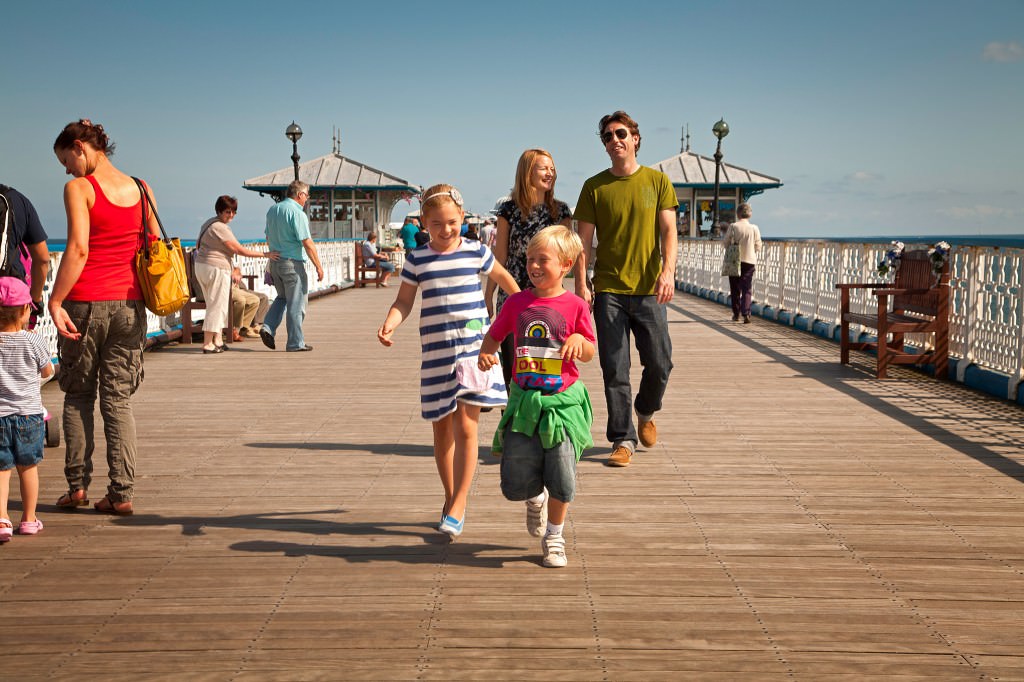 For our first walk on the Coast Path, my husband Erik, our three-year-old son Finn, and I set out early from Victorian seaport Llandudno. After enjoying views of the town’s picturesque Victorian pier, we follow the Path as it skirts around the Great Orme, Llandudno’s 680-ft. limestone hummock.

When Finn tires, we load him into his blue backpack carrier, where he dozes until we reach the Conwy Estuary. A few miles later, the placid waters of Conwy’s harbor come into view, the medieval stronghold of Conwy Castle looming in the distance. After a hearty meal at the Press Room café in Conwy, we spend the rest of the afternoon walking the town’s 30 ft. high walls and exploring the impressive castle. 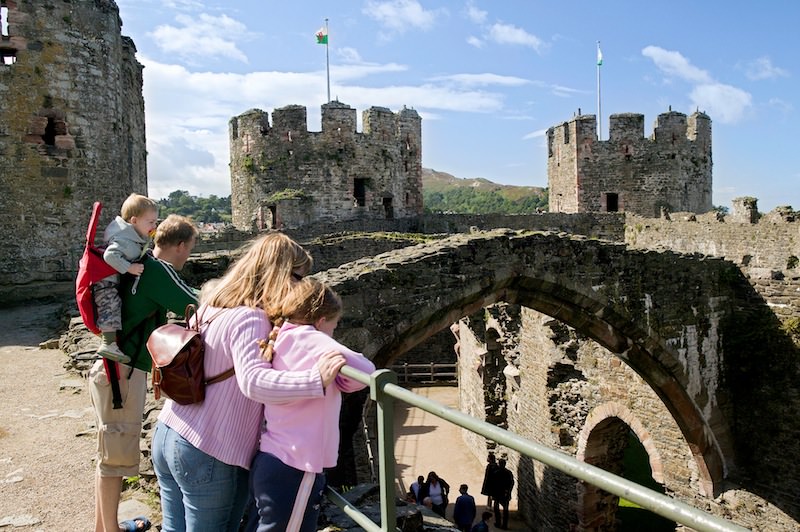 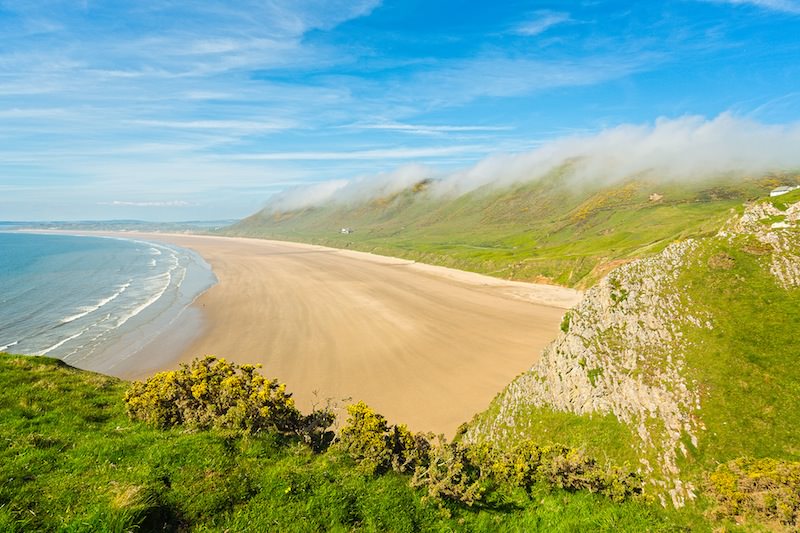 It’s mid-morning when Erik, Finn, and I arrive at Rhossili Bay and the Worm’s Head Hotel. After taking in the wide-angle views of the beach and Worms Head, we follow the Coast Path’s wide track as it meanders between the beach and the grassy base of Rhossili Down. Along the way we stop to romp in the sand with three-year-old.

After lunch at Eddy’s Café at the Hillend Camping and Caravan Park, we continue on to the rounded hump of Burry Holms. A small island off the beach, Burry Holms is the site of an ancient hillfort and is only accessible during low tide. We marvel at the island before heading back to the Worm’s Head Hotel for a delicious Welsh dinner and a pint.

Also known as the Millennium Coastal Park, this stretch of the Path follows the Loughor Estuary, linking the towns of Burry Port and Llanelli. Here the Path is wide and well-landscaped, making it popular with walkers and cyclists. There’s also lots of wildlife to see, thanks to the 450-acre National Wetland Centre of Wales, located in the park near Llanelli. 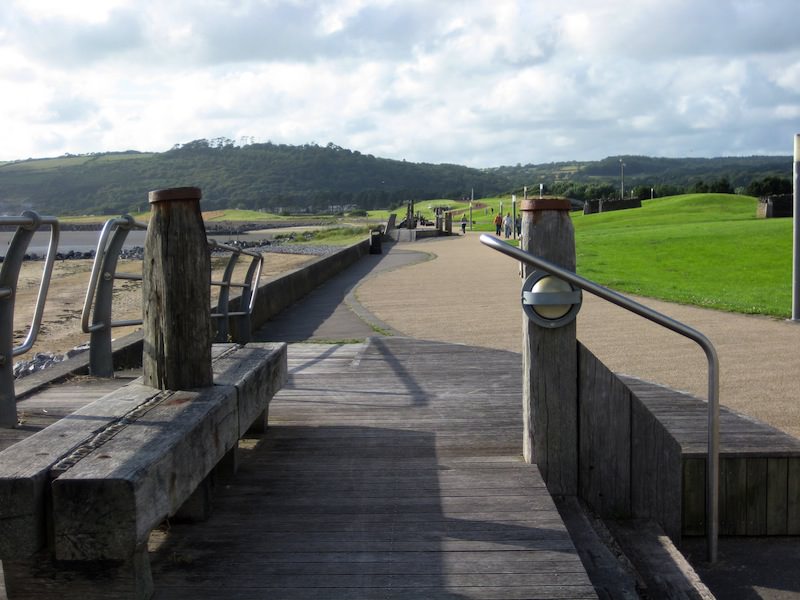 As we walk this section of the Path, we marvel at the park’s beautiful yet diverse terrain. Its moods change from sand dunes and salt marshes to woodlands and then back to salt marshes. The entire park is wonderful for bird-watching, home to important populations of lapwing, redshank, widgeon, and teal. At the National Wetland Centre, we enjoy watching the bright pink Caribbean flamingos preen and play. Afterwards, Finn giggles as he feeds some of the resident birds, including a rare Hawaiian goose. 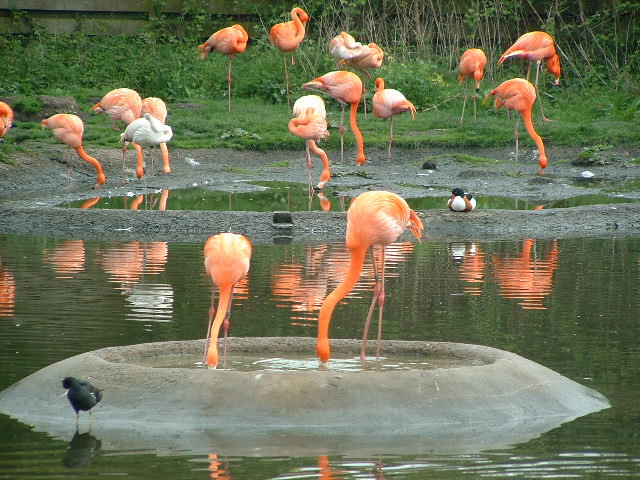 Flamingos at the National Wetland Centre, photo by Nigel Homer

When you go:
For more information and maps see the Wales Coast Path.

Best months to visit: May, June and September because it’s warmer and drier, but less crowded.

Bus/Train: Public transportation is available along most of the Path but varies by region, see Visit Wales’s Getting Around Wales page for more information. For national trains check with National Rail Enquiry .

Where to Stay when walking the Coastal path:

Between Llandudno and Conwy, the Rest & Be Thankful Café (01492 870004) serves snacks and light meals. In Conwy, The Press Room (01492 592242) offers tasty yet inexpensive fare. In Rhossili, enjoy hearty Welsh fare the Worm’s Head Hotel restaurant. At the foot of Rhossili Down, Eddy’s Café-Bar (www.hillendcamping.com/eddys-cafe.php) offers meals and teas. There are several places to eat in Millennium Coastal Park, including cafes at the National Wetland Centre and the Discovery Visitor Centre.

Written by  Carrie Uffindell for EuropeUpClose.com