It’s one of the worst things that can happen while traveling, and it recently happened to an acquaintance of mine. A United States citizen, he arrived in Amsterdam with his old passport that was no longer valid, his new passport was left behind in America. This simple mix-up almost resulted in his immediate return to the United States. 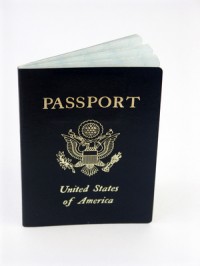 We all know that an invalid passport is no joke: it is undebatably the most important document to have while traveling. My acquaintance and his wife had flown out of a small U.S. airport and the customs agents did not catch the fact that the passport he carried was not valid. When he arrived in Amsterdam he was refused entry to the country, and accordingly, he missed the connecting flight to his final destination; Rome.

The Dutch customs agents in Amsterdam were very kind, but told him that he would have to get onto the next plane and return to the United States. His wife, unsure of what to do, but with both a flight to catch and an important meeting in Rome, went on without him. My acquaintance asked to visit the United States Consulate in Amsterdam.

Amazingly, the Dutch customs agents who had told him that he must immediately leave the country gave him directions to the U.S. consulate and helped him onto a city bus. The customs agents told him that the U.S. consulate would be able to issue a temporary passport and that he’d likely be on a flight to Italy before the day was over. He was required to sign several documents written in Flemish that declared that he was aware that he was being allowed into the country on a technicality; in short, that he was there against the country’s wishes. Now he was in downtown Amsterdam without a passport.

When he arrived at the U.S. consulate, he was not treated very well. He had to yell through an intercom before anyone would let him in. They then led him into a windowless room where he was told that a new passport could not be issued because he had not lost his passport, but had merely left it behind. He was essentially sent away from the U.S. consulate without refuge, a hotel recommendation, advice, or even kind words. 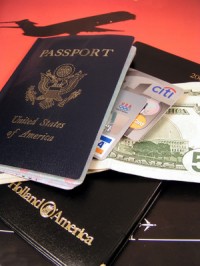 The only options left were to somehow get his passport shipped, overnight, to Amsterdam from the United States, or give up his entire two-week Europe vacation. Luckily, my acquaintance had a house cleaner in the U.S. who had a key to his house and who was able to locate and ship (FedEx) the passport to him. With no sleep for more than thirty hours, my acquaintance found a hotel and, more importantly, an address that the passport could be sent to and he settled in for a long sleep while waiting for his passport. Unfortunately, it was Friday and the passport would not arrive until the following Monday.

He spent the following four days touring Amsterdam. Receiving the passport before noon on Monday, he then caught the next flight to Rome to be with his wife and daughter. And, his airline (KLM Royal Dutch Airlines) did not charge him anything for changing the dates of his flight.

The mental stress was obviously extreme and the financial cost significant. The loss of four days from his 13-day Roman holiday was also significant. It would have been his first time to Rome, but he spent only 10 hours in a hotel room before continuing on his trip.

When traveling internationally, it is wise to prepare your psyche for a hitch, a glitch, or even an extreme travel challenge that may change the trajectory of your itinerary. What ever you do, don’t panic! Instead, exercise your resourceful, creative side and systematically explore all options to overcome your problem. And most important, seek out assistance from any and all sources. In most cases, you will be pleasantly surprised at how many people will go out of their way to help.

I am shocked there was no fee to change his flight! What a good warning story for all of us international travelers- it's an easy enough mistake to make.