Even though the Netherlands isn’t famous for its food and even though the country appears to be populated by skinny, beautiful people, it still loves to eat! On my recent trip to North Holland, I set out to find quintessentially Dutch foods, and I was surprised by the variety of ingredients used, many of which I wouldn’t have expected, such as smoked eel (aka gerookte paling) and locally produced butter. Further, since the Netherlands and Belgium border one another, the countries share many traditional foods, such as French fries and chocolate. In fact, during part of the 19th century, the term “the Netherlands” included Belgium. 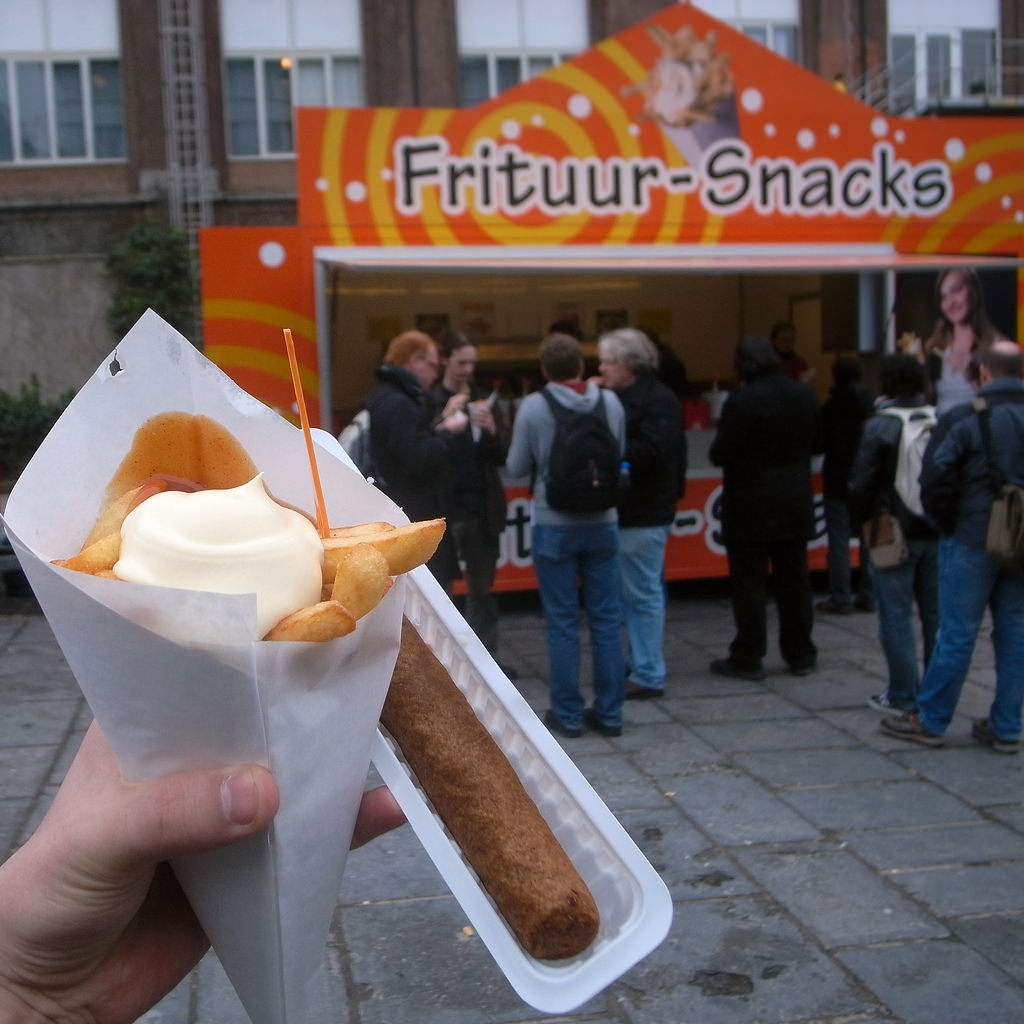 In Amsterdam, I met Leneke, an Amsterdam resident, and asked her what people typically eat. “Rice Table,” she said. “Even though it’s from Indonesia, we like to call it our national dish.” Better known as rijsttafel, the dish is a bowl of steamed rice served with between three to sixty sides. Each restaurant concocts its own sides, but curried meats and pickled vegetables are two common examples. But why is an Indonesian dish the tongue-in-cheek national dish of the Netherlands? 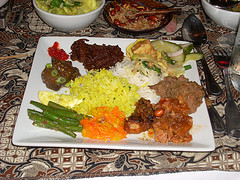 During the 17th and 18th centuries, the Netherlands was a leading maritime power, and it colonized parts of Southeast Asia, Africa, and the Americas—places like New York, Delaware, India, the Maluku Islands (aka the Spice Islands), South Africa, and Brazil. The traditional cooking ingredients in these new regions—from tomatoes to cloves and nutmeg—influenced European cooking forever. So, the cuisine of the Netherlands has been shaped by world-cuisine.

That said, the Netherlands likes to eat local and seasonal, and restaurants tend to give priority to seasonal vegetables, fruits, and seafood. Typical ingredients produced in the Netherlands include mustard, mayonnaise, buttermilk, Gouda cheese, Edam cheese, pesto cheese, and fenugreek cheese. 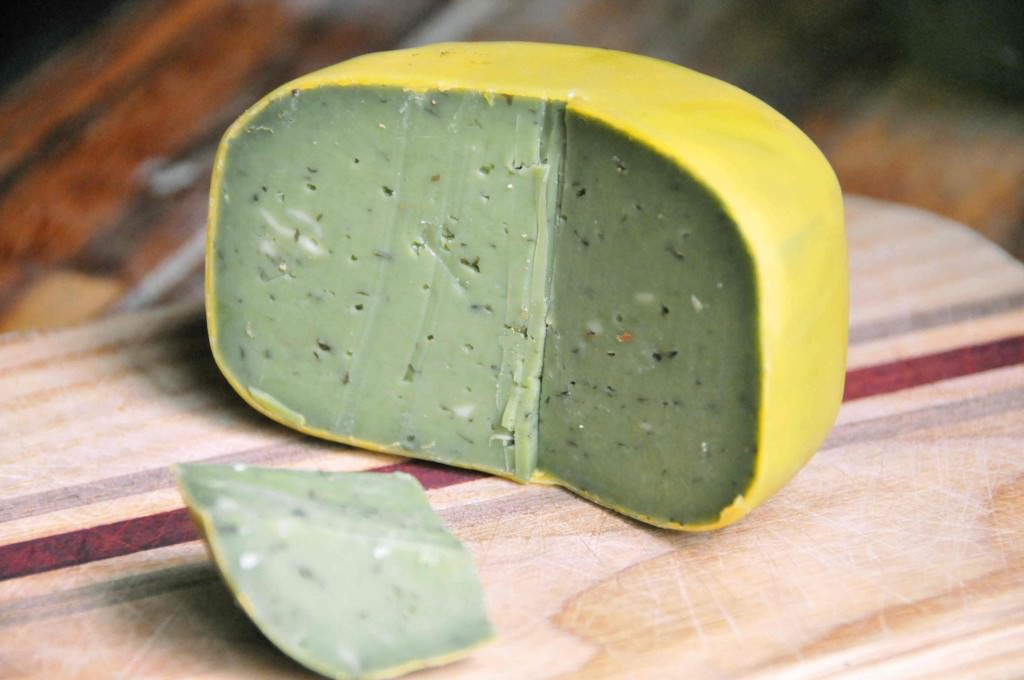 Lunch is the biggest meal of the day, and traditional dishes include frieten (Dutch French fries, which are typically thick cut and served in a paper cone topped with mayonnaise), gehaktballen (meatballs), snert (a thick pea soup with ham) and hachée (a beef stew seasoned with cloves and often served over potatoes with red cabbage or applesauce). The Dutch love meat, and steaks are regularly featured on restaurant menus, as are many types of traditional sausage. Rookworst is a smoked sausage seasoned with herbs, and metworst is an air-dried pork sausage similar to salami. Both are well-worth sampling. Why not try zuurkoolstamppot: a dish of rookworst sausage, sauerkraut (aka zuurkool), and stamppot, which is a mash of potatoes and vegetables (stamppot is a common sidedish).

If visiting during the fall or winter, you’ll find mosselen (steamed mussels), which are sourced from the Dutch coast and often served with a mayo and mustard dipping sauce. Seafood is a very important component of the Dutch diet, and though you’ve likely heard of the famous pickled herring, you may not have heard of paling in’t groen, aka eels in green sauce. This dish is comprised of fresh-water eel and a sauce of spinach, parsley, mint, thyme, tarragon, sage, and sorrel. If this sounds too exotic, try the Dutch fishstick, known as kibbeling. Kibbeling is a ubiquitous fast food dish of battered and deep-fried cod served in bite-size pieces. Another excellent seafood dish is waterzooi—a stew of fish, leeks, potatoes, carrots, and other seasonal vegetables, thickened with cream or crème fraiche. 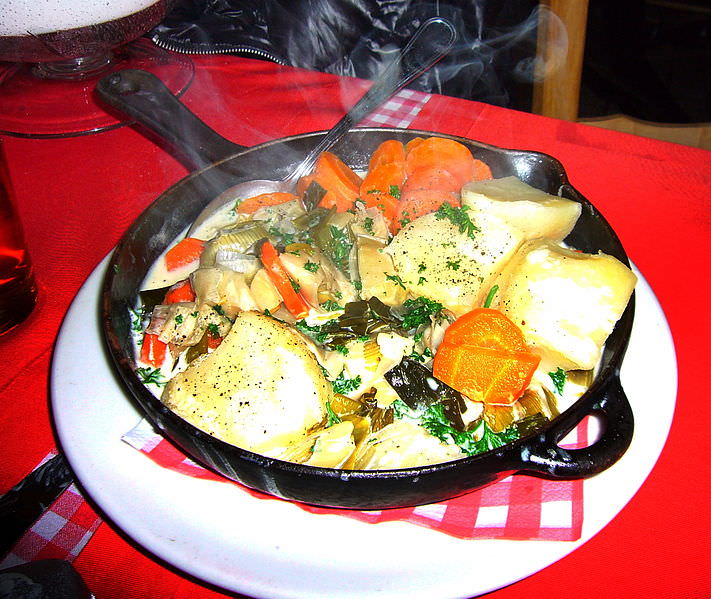 Breakfast isn’t anything special in the Netherlands, and it usually consists of freshly baked bread, such as ontbijtkoek (gingerbread), and freshly produced Dutch butter. Several types of pastries can be found, however. The pannenkoek (Dutch pancake) is one of my favorites: imagine a cross between an apple pancake and an apple tart. Mmmm! Stroopwafel (syrup waffles) are a popular snack that can be eaten at breakfast or any other time of day; two cookie-like waffles are pressed together with caramel in between them. As for all-out decadence, it’s hard to beat bossche bollen, which are round pastries filled with fresh whipped cream and completely coated with dark chocolate. 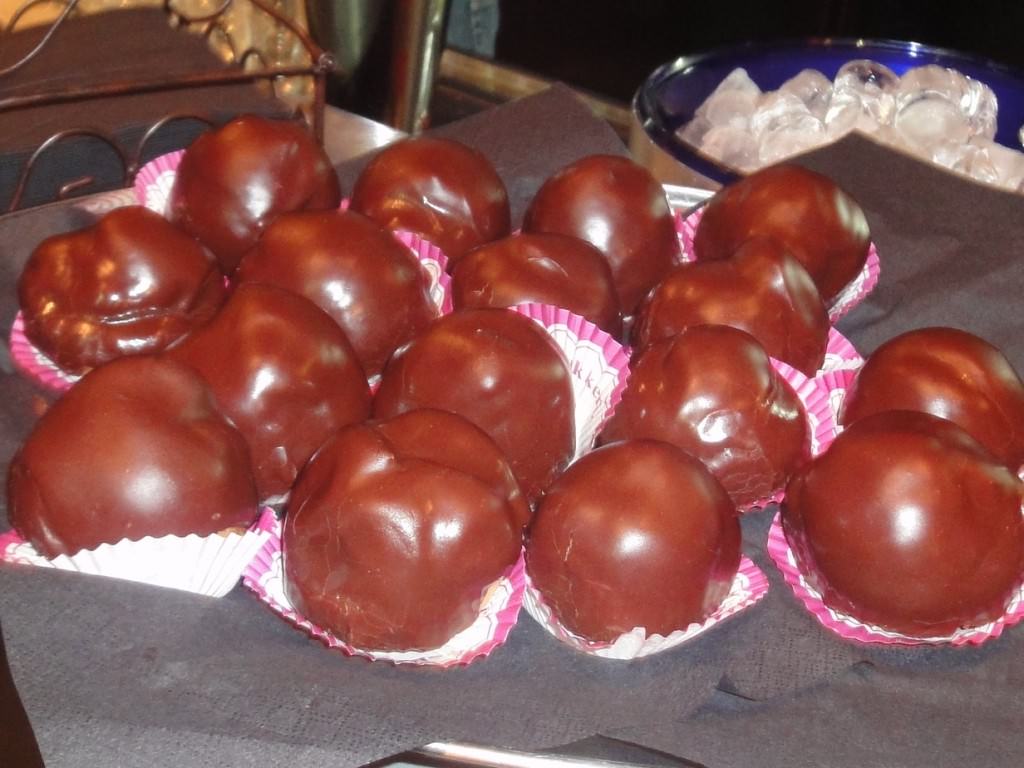 The Netherlands produces a small but potent amount of alcoholic beverages to wash down meals. Popular beers include Trappist, Kriek, Heineken, Amstel, and Grolsch. Jenever, aka Dutch gin, is one of the most important spirits. During a visit to the House of Bols distillery in Amsterdam, I was told that jenever led to the invention of gin. At the end of the Eighty Years War, the Dutch and the English couldn’t agree upon who had won the war (they were both fighting against Spain), and the Dutch refused to export jenever to England. As a result the English tried to make it themselves, and they succeeded except that they missed one ingredient: malt barley. The drink that they accidently concocted is today’s modern gin.

The Ravenous Traveler: A Fresher than Fresh Restaurant Recommendation in Amsterdam | EuropeUpClose.com

[...] I arrived, I discovered that many of the most traditional foods in The Netherlands are still popular today. Believe me, pickled herring is everywhere. But don’t believe the Dutch [...]

You have got to like fries with mayo!~But, I ca't wait to try rijsttafel

Their special sausage recipe is definitely a must not miss when you visit the Netherlands. My aunt always bring some for us whenever she visit Australia.