Timisoara, Romania, is a relaxed city with a pedestrian-only downtown area, big open squares and parks, lots of greenery, and beautiful Baroque and Art Nouveau buildings. Within 40 miles of Romania’s borders with Hungary and Serbia, it’s a multicultural and tolerant place which played a key role in the 1989 uprising against Nicolae Ceausescu’s communist dictatorship. 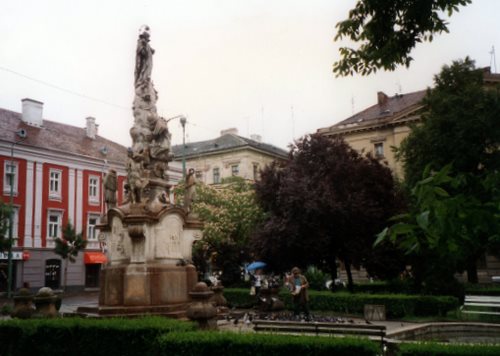 The city has strong industrial traditions which have been reflected over the years in the services available to its inhabitants. In 1867 it was the second city in Europe to have trams, though these were horse-drawn. They were replaced with electric trams as of 1899 – again, years ahead of many other cities in the region. In 1884, Timisoara became the first European city to be lit by electric street lamps. And Timisoara residents have been able to go to the movies since its first cinema opened in 1908.

The city’s population of about 317,000 is 85% Romanian, while Hungarians, Germans and Serbs form significant minorities. Its most famous native, the Tarzan actor and Olympic swimmer Johnny Weissmuller, was born into a German-speaking family that emigrated to the US when he was a baby. 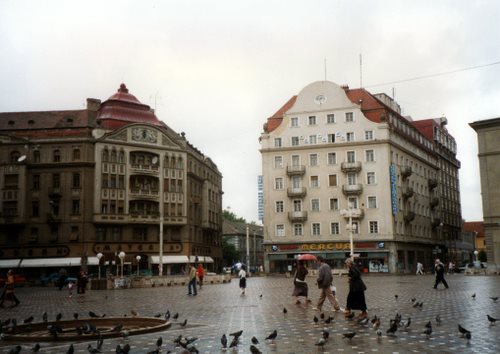 One of the prettiest squares in Timisoara’s city center is the long, slender Piata Victoriei, at whose southern end is the Romanian Orthodox cathedral. The distinctive 268-foot building consists of 11 towers made from red and yellow brick, topped with pointy roofs. It was built between 1937 and 1940. In the northern part of the square is the opera house, a big, square, white building with an arched entry. It was constructed in 1872-75. 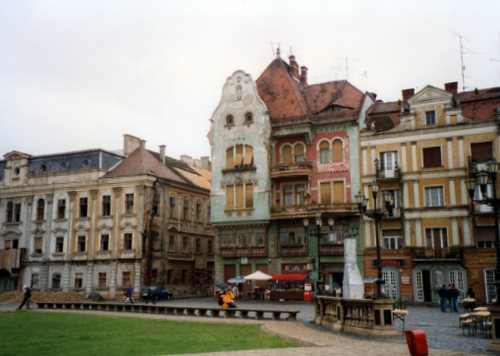 Just to the east of Piata Victoriei is Huniade castle, a fortification that was originally built in 1316 and was expanded in the 15th century. It houses the Banat Museum – named after the region of which Timisoara is the largest city – containing historic and archaeological exhibits.

Another major square – and one that strongly recalls the Austrian empire to which this area once belonged – is Piata Unirii. It is dominated by the Roman Catholic cathedral on its eastern side, created by Viennese and local architects in the 18th century. Painted pale yellow and with two grand clock towers framing its facade, it’s a typical example of Austrian Baroque – a style that can also be seen in many other buildings in the downtown. The former governor’s palace located on the southern side of Piata Unirii is another example of Baroque, and now contains an art museum. 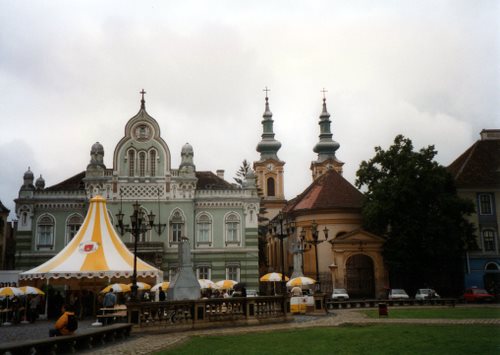 A slightly daintier Baroque building on Piata Unirii is Timisoara’s Serbian Orthodox cathedral. On the other hand, the green-colored bishop’s palace directly next to that is a specimen of the later Art Nouveau style, and dates from 1907.  A beautiful synagogue is located on one of the streets between these two squares, named Strada Marasesti. It’s an 1863-65 construction with Moorish influences. 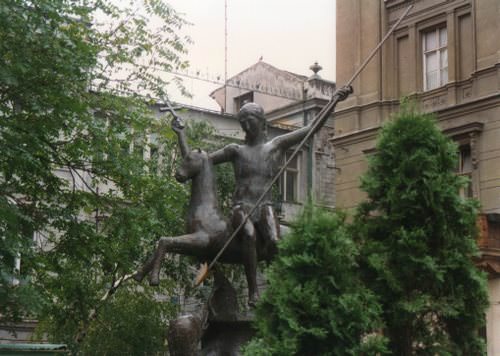 At the center of the downtown is yet another square, named Piata Libertatii, which is lined with cafes and beer terraces. Incidentally, Timisoreana, a brand of beer originating from the city, is a very pleasant light brew. A stone’s throw to the east of Piata Libertatii is a much smaller and quieter square called Piata Sfantul Gheorghe, named after Saint George. The statue on this square, showing George killing a dragon, was created by Silvia Radu. It’s one of several monuments erected in 1990 in parts of the city where people were killed during the 1989 uprising. 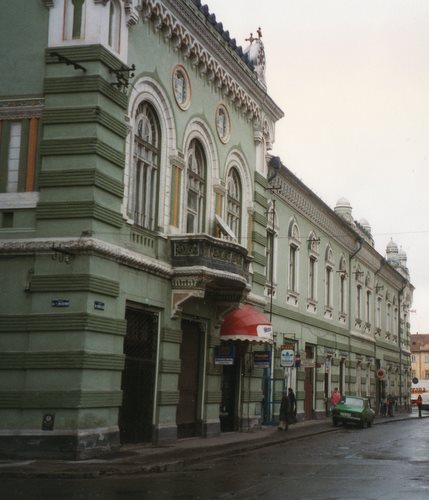 Ah yes, 1989. Southward from Piata Unirii runs the broad Bulevardul 16 Decembrie 1989, a boulevard named after the date of the uprising against Ceausescu. It leads through the city park, across the Bega river, and eventually to the intersection with Strada Timotei Cipariu, where you’ll see the Reformed church where the uprising broke out. Laszlo Tokes was the assistant pastor at this church, and often spoke out against government policies. Attempts by the authorities to remove him from his position triggered demonstrations against the regime. The government’s efforts to suppress the protests only resulted in them spreading nationwide, ultimately leading to  the death of Ceausescu and his regime.

Yes, it is a beautiful city.