Touring in the Loire Valley means you don’t have to travel far to see the grand chateaus and pretty villages that dot the landscape. The Castles in France are simply stunning. John and I stayed in one place, Chenonceaux, and found a multitude of treasures on short day trips along and over the rivers that wind through this green, broad valley.

The farthest we drove was to Fontevraud Abbey. Fontevraud was high on my list because I’m an admirer of Eleanor of Aquitane, one of the great and powerful women in history (remember “Lion In Winter”? that’s her, in her old age.) She was queen of France and England, had a remarkable life, and spent her last years at Fontevraud. Her tomb and effigy are here, along with that of her son Richard the Lionhearted and King Henry II. 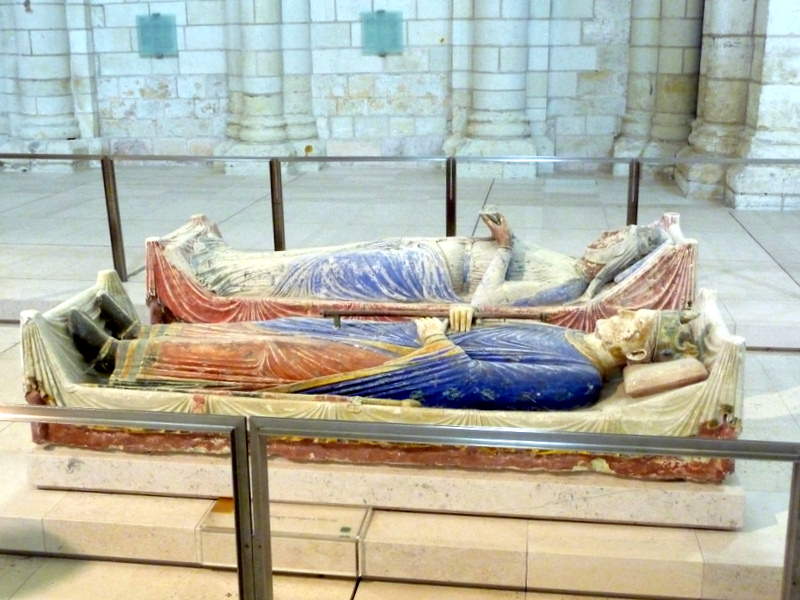 Tombs of Eleanor of Aquitaine and Henry II

The abbey began in 1101 and expanded over time to become the huge complex of church, gardens, cloisters and courtyards that you see today. Fully restored, it’s a World Heritage Site. We arrived late in the day (the abbey closes at 6) as the crowds were leaving, so for a time I was alone with Eleanor, paying my respects. In one building we descended stairs to an underground space above rushing water — dark and a bit eerie, this oddity is not mentioned in my guidebooks. A tour of the Chateau of Valençay is another extreme. The chateau belonged to Napoleon’s foreign minister, Talleyrand, and is all gilded tables, priceless tapestries, and fabulous 18th century furniture. Strolling these grand halls, it is easy to imagine the splendid receptions and dinners Talleyrand held. Three nights a year, in July and August, the Renaissance chateau and gardens are open for candlelight visits. Music, actors in costume, and 2000 candles create an atmosphere of times past. Valençay’s gardens include a checkerboard in flowers, a wooded park, a maze, and a restaurant. 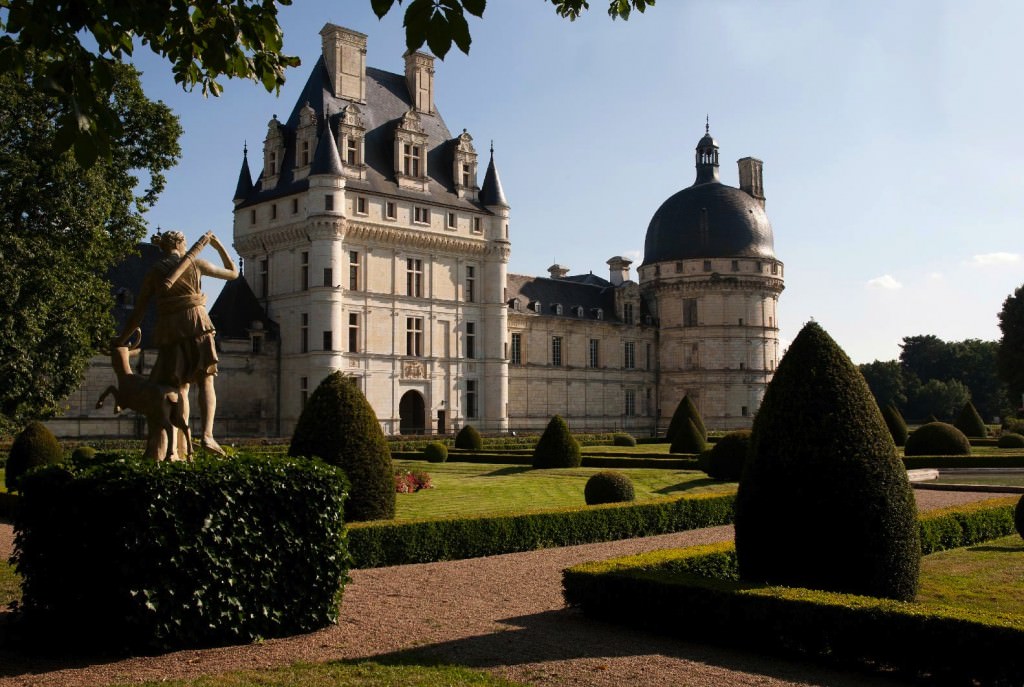 Far from the Empire style of Valençay, the chateau of Villandry was a lived-in home until the mid-20th century. The furnishings are rich, but you can imagine a family living here in pleasant comfort. Villandry’s major claim to fame, though, is its gardens. The splendid, formal plantings are in typical French geometric style. Roses climb trellises, lettuces grow in lush bouquets, lime trees line the walkways. It’s stunning. 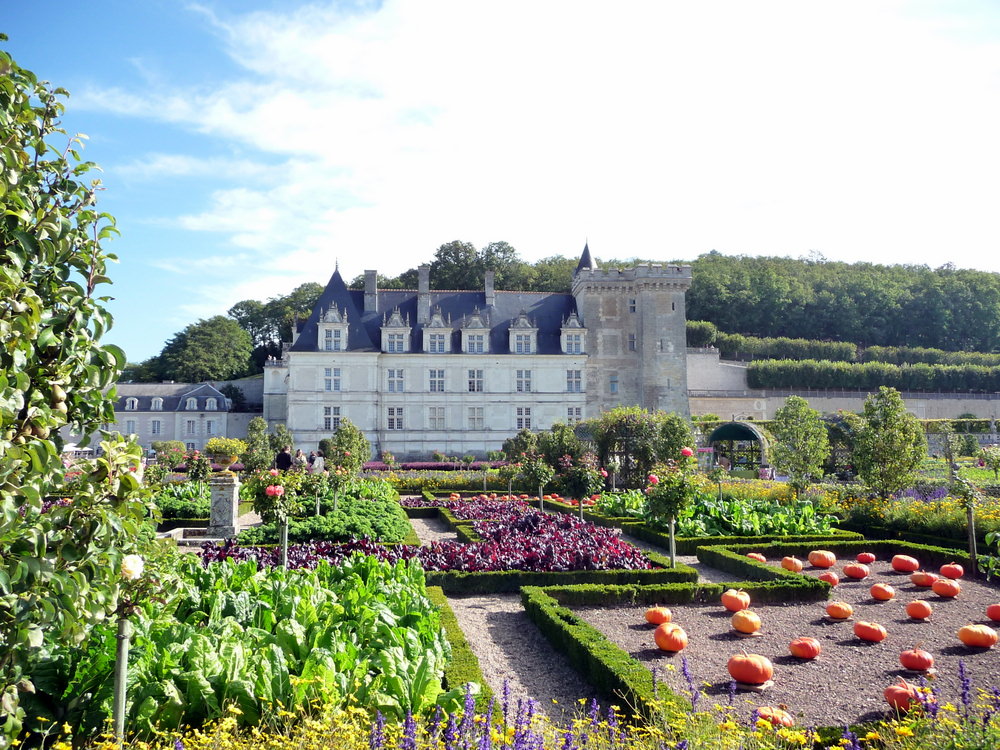 We’re not done with chateaus yet. In 1515, a certain Gilles Bertholet, treasurer of France, decided to build a home that reflected his rise in the world. As luck and politics would have it, Bertholet came under suspicion of corruption and had to hastily flee, leaving his wife in charge of an unfinished chateau called Azay. The chateau went to another family and traded hands over the centuries until it was sold to the state in 1905. Restored now and filled with interesting architecture, furnishings and art, Azay-le-Rideau is an elegant jewel on the Indre River. 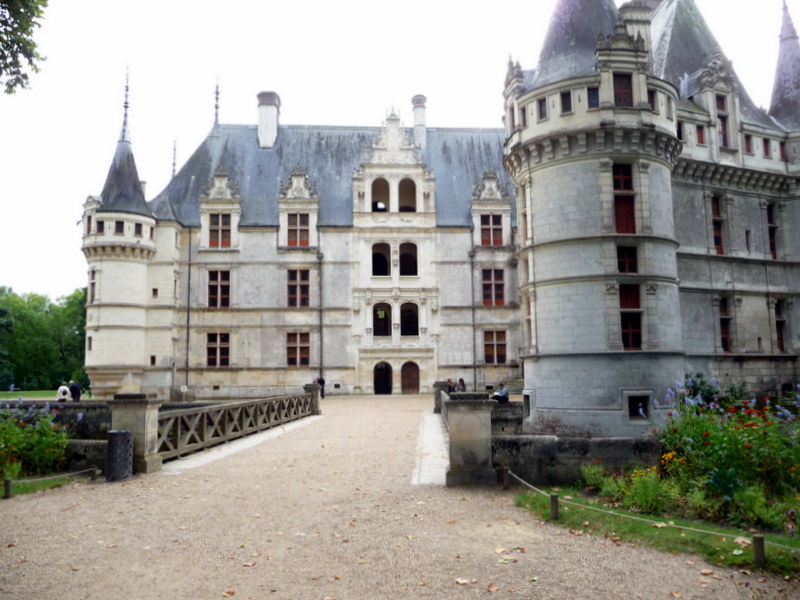 We have had enough of chateaus for awhile. Back at our lovely little hotel, La Roseraie,  we feasted on duck breast and tender pork with mushrooms and pearl onions and a half-bottle of Saumur Champigny wine. A delicate chocolate mousse made a fine finish. If not dining at La Roseraie, I recommend Relais de Chenonceau, across the road. Or maybe you have a wallet fat enough for the 4-star Le Bon Laboureur, a few steps away. It’s famous and expensive, and we didn’t go there. For more information: Touraine Loire Valley Tourism Loire Valley Tourism Written by Marilyn McFarlane for EuropeUpClose.com