The Leaning Tower is one of the first landmarks that come to mind when one thinks of Italy. The famous tower (a UNESCO World Heritage Site) is definitely the main tourist draw to the central Italian city of Pisa, however there are plenty of other reasons to visit this historic Tuscan center.

Beautiful Pisa, with its leaning tower

How to get to Pisa 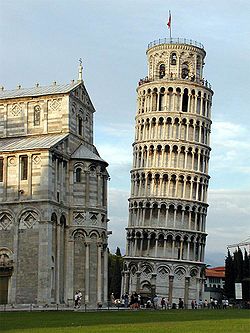 The leaning tower of Pisa

Pisa is located in Tuscany, one of the most picturesque regions of Italy, on the right bank of the Arno River on the Ligurian Sea. It is easily accessible to foreign travelers by plane or train.

Getting there by plane:
Pisa’s airport is the Galileo Galilei International Airport. From here, the city center can be reached by bus (the bus line L.A.M. Rossa runs between the airport, the central railway station and Piazza dei Miracoli, where the Leaning Tower is located). You can also take a train from the airport railway station to the city center. Another major airport in the region is Peretola International Airport, located in Florence, which is about 67 kilometers/ 41 miles away. It is also accessible by train from Florence.

Getting there by train

There are three rail stations in Pisa: Centrale, Aeroporto and  San Rossore.  Centrale, located along the Tyrrhenic railway line, is the main train station. It connects the city with major cities such as Rome, Genoa, Turin, Naples, Livorno, Grosseto and Florence.  Aeroporto is located at the Galileo Galilei airport and trains run between here and the central railway station in Pisa (as well as Firenze Santa Maria Novella railway station in the city of Florence).  San Rossore is a small station located near the Piazza del Duomo that connects Pisa with the city of Lucca (about 25 minutes away).

What to see and do in Pisa 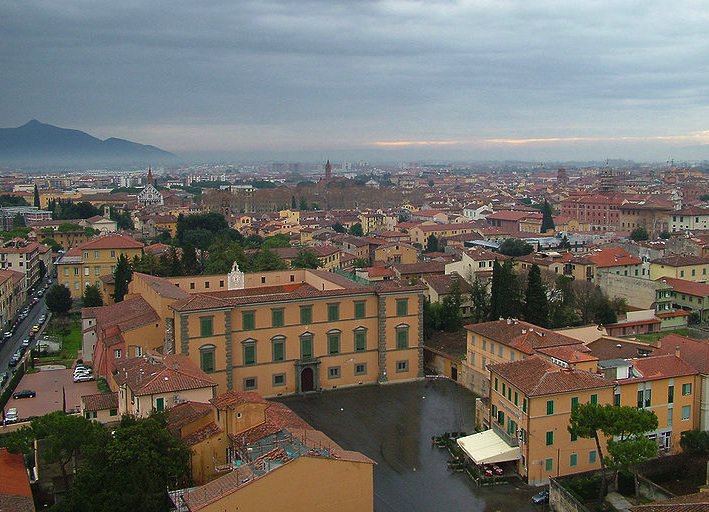 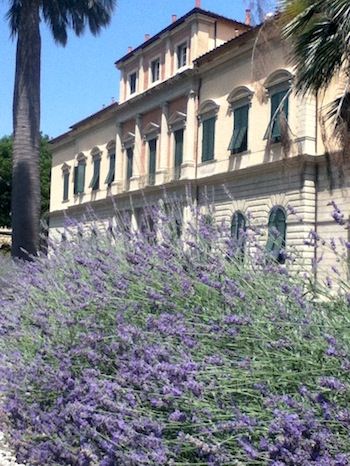 Orto Botanico De Pisa
Be sure to explore the Orto Botanico dell’Università di Pisa, Europe’s oldest university botanical garden. The historic university campus itself is also a lovely place for an afternoon stroll.
Via Luca Ghini, 5

Borgo Stretto
If you feel like wandering, there is no place better than the Borgo Stretto, a historic neighborhood known for its medieval arcades. While you’re there, take a look at the Gothic-Romanesque church of San Michele in Borgo. If you haven’t gotten your fill of leaning towers yet, there are two more for you to see in this area (one at the southern end of central Via Santa Maria, the other halfway down the Piagge riverside promenade).

Modern art lovers will enjoy seeing Keith Haring’s colorful mural on the side of a three-story building located in the city center.
Piazza Vittorio Emanuele II

Where to eat in Pisa 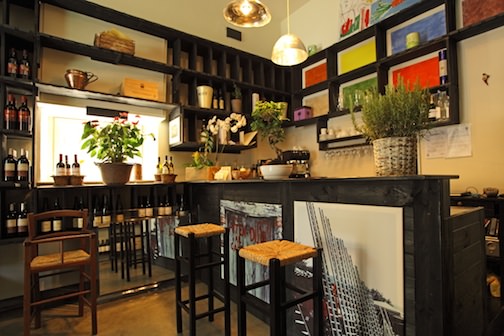 You will undoubtedly be peckish after a day of taking in Pisa’s impressive sights. Luckily, there are a number of excellent places where you can eat your fill of Tuscan cuisine, including:

When we went to Pisa a few years ago I was surprised and happy that there were three major attractions all within a few hundred feet of each other. Normally when I go somewhere I do a lot of research so I will know what is in each city to see but I just assumed the tower was all there was to see in Pisa.

I have to say I found Pisa somewhat disappointing. The three buildings including the tower are breathtaking! However, the town left me leaving a little flat, especially after visiting Sienna, Lucca and Florence. Still worth visiting though.