Let’s start by clearing out the confusion. Amsterdam is the official capital of the Netherlands, but The Hague (Den Haag or ‘s-Gravenage in Dutch) is the seat of the country’s government, located in a castle complex called the Binnenhof . It is one of the few countries where the capital and the government seat are not co-located.  The Hague often hides in the shadow of its more cosmopolitan capital neighbor, Amsterdam, only 45 minutes away by frequent train service. However the city has many charms which can be easily explored on a day trip or overnight excursion. The Hague is often associated with its connection as home to several international courts; this along with a significant UN and EU presence give the city a professional, conservative atmosphere. 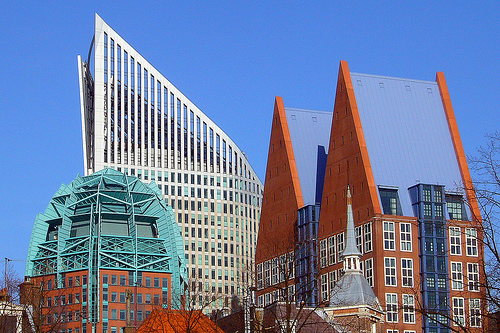 City Centre of  The Hague

The compact city centre is defined by the tall, quirky skyscrapers jutting into the sky. Close to the downtown area are a number of attractions:

• Binnenhof — As mentioned, this is the seat of the Dutch government and has been since the 13th century. Unfortunately the debating rooms of the parliament can not be toured, but the medieval courtyard is free to explore and the Knight’s Hall – the original center of the castle complex – can be visited by guided tour.

• Mauritshuis — Here you will see some of the most famous pieces of art by the most famous Dutch painters, including Rembrandt and Vermeer. Translated as “Maurice’s House,” the building was constructed between 1636 and 1641 and is named after Prince John Maurice. Unfortunately the cupola that sat atop the building was destroyed by fire in 1704, but much of the damaged interiors were restored. 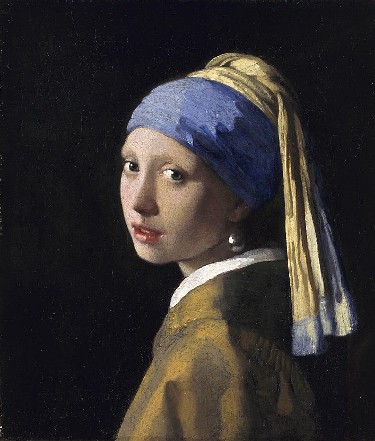 Vermeer at the Mauritshuis

• Shopping — Many tourists say that The Hague has some of the best shopping in the Netherlands. Spuistraat is a pedestrianized street with a number of small shops. Venestraat and the Denneweg are also great for  bric-a-brac and boutiques. One thing that should end up in your shopping basket is the love-them-or-hate-them “Haagsche Hopjes.” Translated as “the original Hague sweets”, these are one of the best Dutch liquorice. They can be purchased in a vintage-looking tin that makes for a good, easy to pack souvenir.

Further Afield from The Hague

There are two attractions outside the city centre that are simply must see: 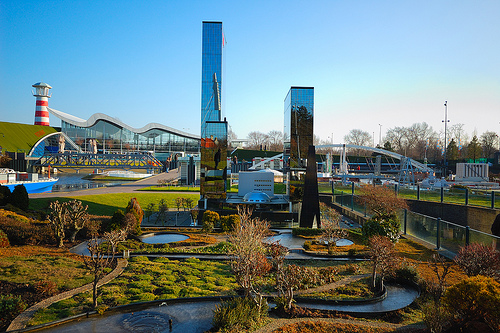 This cute and kid-friendly exhibit explores the Netherlands in miniature – all the Dutch highlights you can find in a 1:25 scale. There’s even movement – planes taxi at Schiphol airport and ferris wheels rotate. The attraction is easy to reach with Tram 9 in the direction of Scheveningen – and it has its own stop, Madurodam. 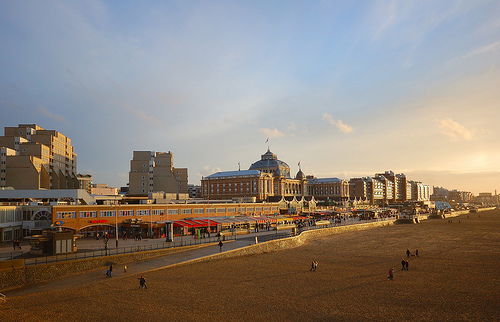 So difficult to pronounce, the seaside town of Scheveningen was used as a codeword in WWII by the Dutch who knew foreigners couldn’t pronounce it properly. The beach has a long promenade full of cafes and restaurants and is a great place to unwind with a beer, fly a kite, or just wiggle your toes in the sand. A great restaurant if you’re in the mood for Peking is the Golden Duck; head here on Sunday afternoons for the special noodle soup only served once a week.
Golden Duck
Dr. Lelykade 29
Tel: 070-3541095

What do the Dutch trams say, in Dutch, when a seat is to be vacated for a disabled or elderly person?

I am in Africa and my plans are to visit Holland end of this year after going thru this map and after going thru the history of Holland, i now know where i am going. please advise me now, will it be a visa for Holland or Netherlands? i am still confused. i would like to see Amsterdam and Hague if i will be granted visa and in Africa, which countries share embassy with Holland /Netherlands. Snolia

"Alstublief" is Dutch for "If you please" and is used as a thank you when merchants give you change. The "Haagese Bos" is a very special woods - park which is the location of the palace for the Royal Family. Queen Beatrix moved there in the late 1970's or early 1980's from Amsterdam. Another aspect of Den Haag is the large number of energy and engineering companies located there. Rotterdam is the largest port in the world and is significant in oil and gas, but Den Haag is where those companies are headquartered.