Hundreds of years of history and culture have built up around the Portuguese waterfront that launched some of the world’s greatest explorers. Today, cornice to capstone, the elaborate architecture of Belém’s palaces and towers blends with contemporary museums and monuments; piers and marinas swept by the iconic yellow trams bustle no less than in the Age of Discovery; and in the same square kilometer where the tombs of kings and poets lie under guard of incense and quietude, discos flood the shores with their ephemeral rhythm. 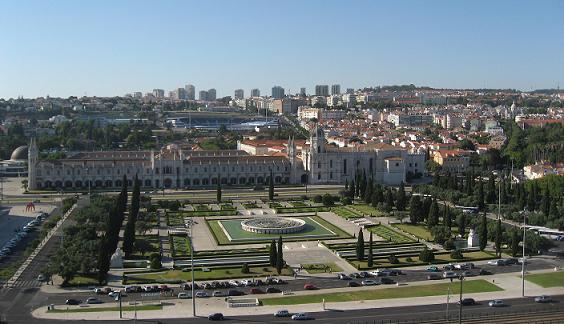 In English, neighborhood might be a good approximation of the Portuguese word bairro in not only function but also feeling. The bairros of Lisbon, each with their own characteristic style and charm, blend from one to another without diminishing the atmosphere of being self-contained. Located in the most southwestern end of Lisbon, Belém shares its borders with Sao Francisco Xavier, Ajuda, Alcantara, and the Tagus River.

What to See and Do in the Belem Barrio of Lisbon

It would be difficult to argue which of Belém’s many attractions is its greatest, but certainly its most imposing is the Mosteiro dos Jerónimos. Funded principally by an early tax on eastern spices, construction of this massive monastery began in 1502 and progressed through various styles under different architects until 1580.

As you enter through the western portage, you’ll see the stone sarcophagi of the famed explorer Vasco da Gama and Portugal’s greatest poet, Luís de Camões. Near the choir, below the magnificent vaulted ceiling, the sarcophagi of Dom Manuel I, Dom João III, and their wives rest upon marble elephants braced by Ionic columns. Outside, one of the arcades holds the significantly less ornate tomb of the great modern poet, Fernando Pessoa. 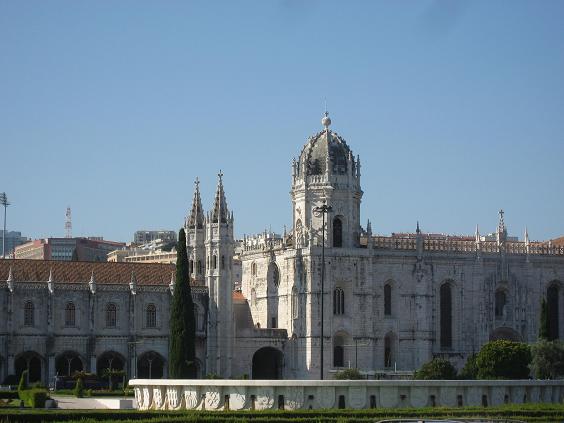 Just to the south of the Mosteiro dos Jerónimos lies open the Parque da Praça do Império. Most of Belém’s sights can be found in relation to this manicured garden. To the northeast of the Parque da Praça do Império, surrounded by the Jadrim Vasco da Gama, the Jardim da Praça Afonso de Alberquerque, and the Jardim do Museu Agricola Tropical (all open to public), the Palácio de Belém with its pink façade stands on a hill overlooking Lisbon’s Tagus River.

Originally constructed in the 16th century and expanded through the 17th, 18th, and 19th centuries as it changed from private to royal to state ownership, this palace is now the official residence of the President of Portugal. Though much is off limits to the public, the buildings themselves can be appreciated by circling through the surrounding streets. 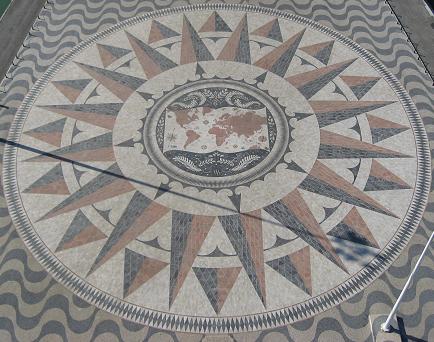 Directly south of the Parque da Praça do Império, the Padrão dos Descobrimentos shaped like the prow of a ship leans out over the Tagus. Behind Henry the Navigator at the lead, each side of the tower features famous Portuguese such as Luís de Camões, Pedro Álvares Cabral, Vasco da Gama, and Ferdinand Magellan.

Take the elevator to the top of this “Monument to the Discoveries” for one of the best views in all of Lisbon. When you reach the top, don’t forget to look immediately below at the marble mosaic of the wind rose and map with routes of the famous explorers. 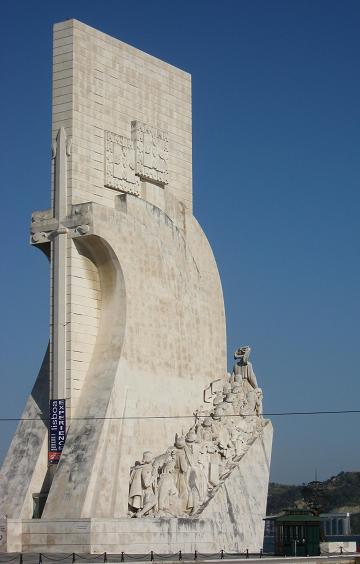 To the west of the Padrão dos Descobrimentos along the shore, one of the Portugal’s most symbolic structures sits a few meters out into the Tagus. The Torre de Belém is a fortified tower built in the early 16th century in memory of the patron saint of Lisbon, St. Vincent, but also as a precautionary defense for the river and harbor.

The tower is detailed in the Manueline style featuring rich ornamentation and an abundance of Moorish influence, particularly in the ribbed copulas of the turrets. An interesting fact: one of the turrets incorporates near its base the image of a rhinoceros believed to be the first such depiction in all of the Western European art. Bring your lunch and join the picnicking families on the grassy, tree-dotted expanse situated behind the tower. 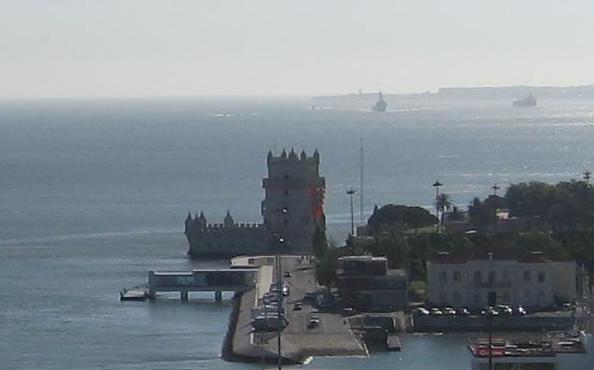 Where to Eat in Lisbon’s Belem 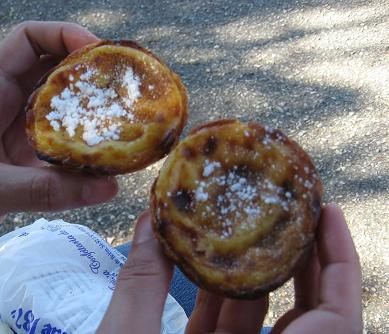 Near the Mosteiro dos Jerónimos you’ll find the Pastéis de Belém shop (in business for over 160 years) by the crowd thronging at its doors. For locals and tourists alike, this is the best (and original) shop at which to sample the delicious custard tarts of the same name. Buy several of these, cover them with a generous helping of powdered sugar and a bit of cinnamon and take them over to the Parque da Praça do Império for an unforgettable treat.

For a meal, try the Restaurante Portugalia de Belém surrounded by water adjacent to the Padrão dos Descobrimentos. The restaurant serves some of the best traditional Portuguese food to be found in the area. Also try the Belém Bar Café which doubles as an upscale dance spot on weekend nights.

Where to Stay in Belem

Unless you’re a trendy actor/actress/model/what-have-you, planning a stay at Lisbon’s first designer hotel, the Jerónimos 8 Hotel , or a duke/duchess gracing the Hotel Pestana Palace, you’re options will be limited. Seriously consider staying with a local or letting one of the reasonably priced short-term apartments available in the area. Otherwise, make the trip to Belém from anywhere in Lisbon by taking the E15 tramline to the Belém stop.

Lisboa Card – is it worth it?

Top Things to See in Lisbon