You’ll have to just trust me on this one, but there’s no better cure for a broken heart than a good piece of beef cheek. When I left Ibiza last week, I was convinced that the rest of my holiday was doomed. How could I ever feel for another place the way I did for the White Isle? That had to be the peak; I figured I might as well cut my losses and go home. 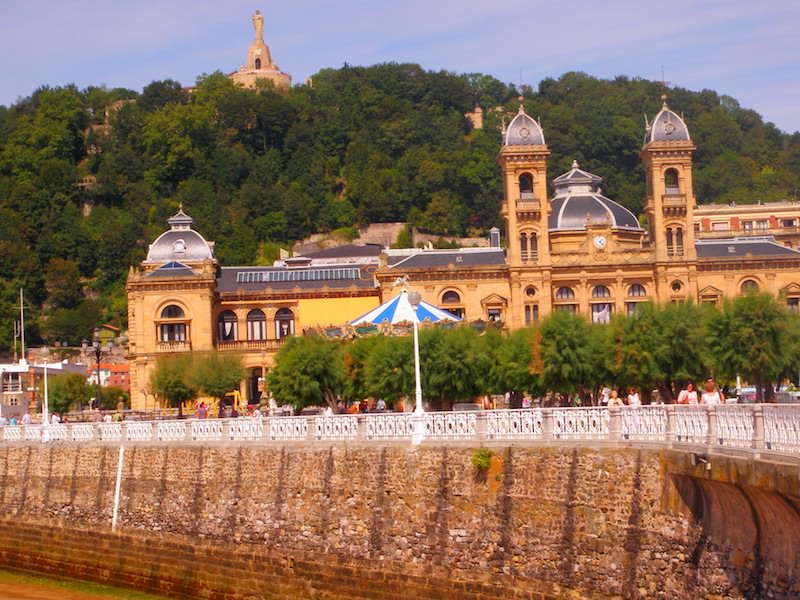 But then: a memory came back to me. Several years ago, I spent one magical week in a town where every bar top – and there are more bar tops percapita in this town than anywhere else – was lined with the most exquisite food I’ve ever seen. The beaches were long, sandy and full of beautiful locals, and the old town was tiny, laundry-lined and cobblestoned, just the way I like them. I knew that if I couldn’t be satisfied there, I was in real trouble. This memorable town, San Sebastian, is the third-largest city in the Basque region of Spain, after Bilbao and Vitoria-Gasteiz. The region, which stretches from Northern Spain up into France, is surrounded by the Pyrenees mountains, which have acted as a natural barrier over the years to protect the region from invasions by Romans, Gauls, or other tribes who could leave their mark upon it. 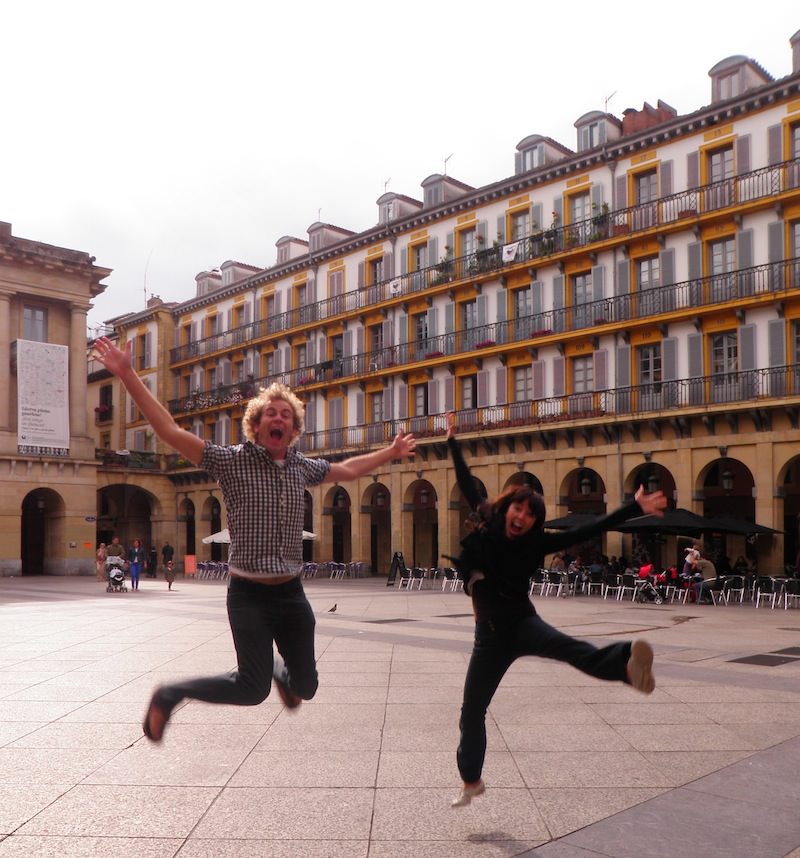 So Happy to be in the old town of San Sebastian

As a result, it remains one of the most unique regions of Europe, with a culture and history that are among the oldest on the continent. Their traditions have remained intact; one example is the cider houses, which are scattered around the countryside, some dating back to the 16th century. Men have always gathered there to cook together, chat and drink cider – a flatter, stronger version than typically consumed in England or North America. Lucky for us, many of these cider houses, which have evolved into exclusive gastronomical societies, are open to the public; for as little as thirty euro, you can eat a delicious meal, several courses long, in the gastronomic capital of Spain where Michelin stars are more common than fast food restaurants. You can pour as much cider as you like, eat food you have never tried, and meet the locals. 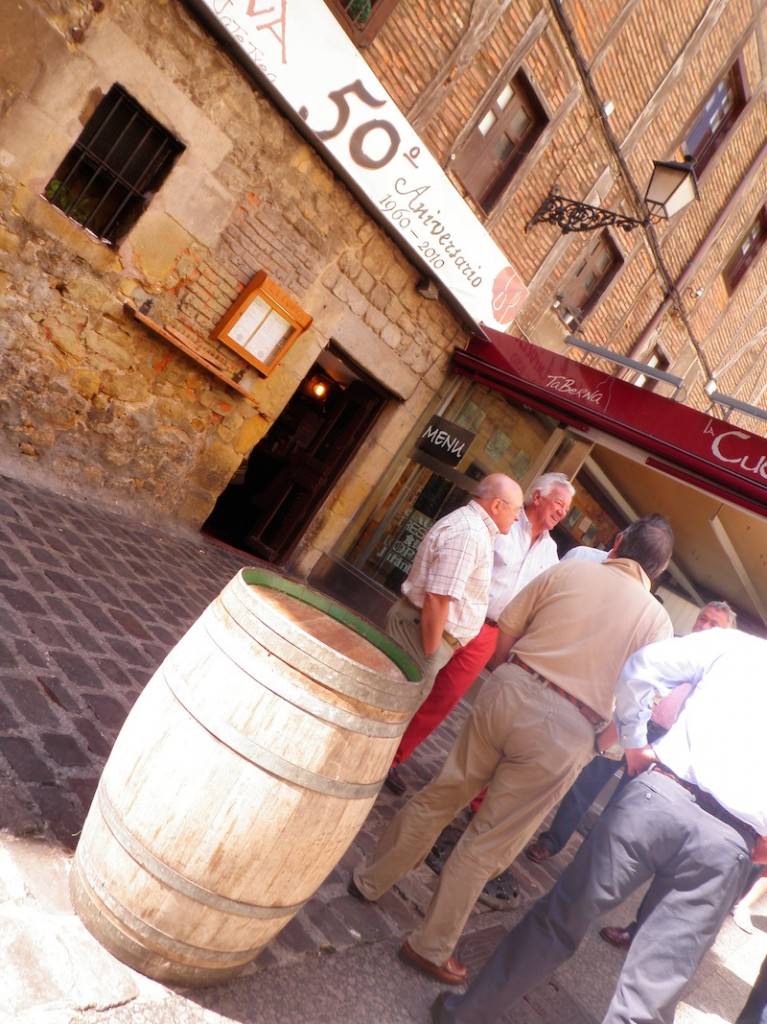 The Basque language, spoken by 25% of the population, is also unique, with very little relation to any other languages, least of all Spanish; the Basque word for San Sebastian is “Donostia,” which is located in the region known in Basque as “Guipuzcoa”. It has been said that the language is so pure that a Basque speaker today could still communicate with his ancestors from millennia ago. The language is one of the hardest to learn, but fortunately, the Basque culture is one of the easiest to take part in; the best way to communicate with a local is to stand beside him at a tavern and eat pintxos. You don’ t need to know a single Basque word; you just need to point. Is it egg? Cheese? Tuna? Who cares: it will be delicious no matter what. 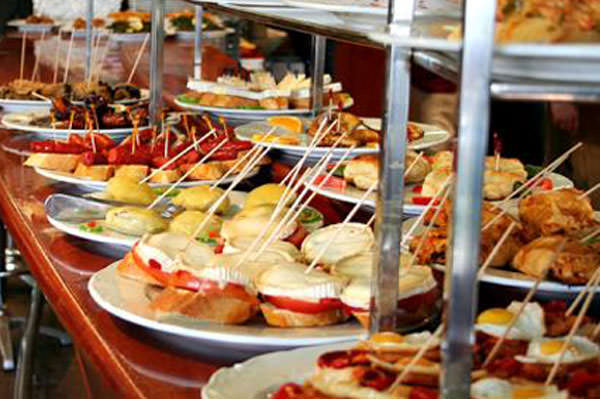 Pintxos are related to tapas, the small appetizers which can be found throughout the country, but even more delicious and more plentiful. They are named after the Spanish word meaning ‘spike’, for the toothpicks that are used to hold them together, and every square inch of every tavern in San Sebastian is lined with pintxos. They are usually made up of a piece of bread topped with smoked salmon, cheese, tuna, crab, onions, or stuffed peppers, but in the more sophisticated bars, you might find ceviche, shish kebab, or even frog’s legs.

When you walk in, the bartender will give you a plate, and you can choose as many Pintxos as you like; for around 2 euros each, you can feel free to overindulge. When you’re finished, he will count the number of picks on your plate and charge you accordingly. 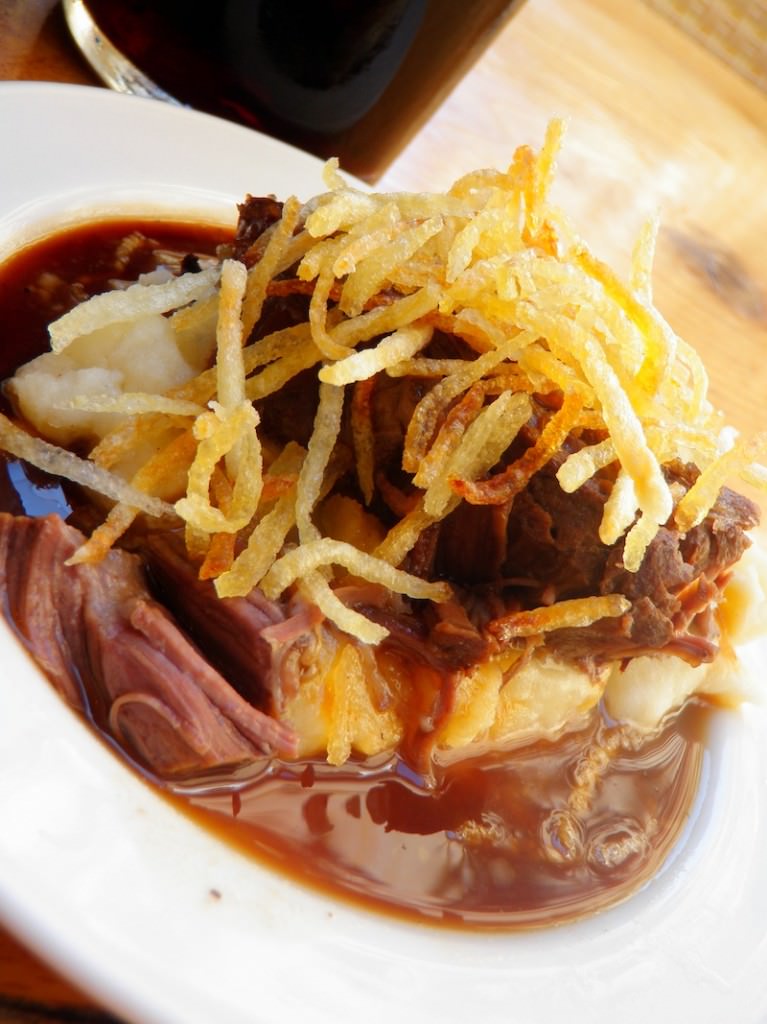 The Basque version of a pub crawl is to hop from pintxos bar to pintxos bar, having a glass of wine or cider in each place to accompany your brie with smoked ham, salmon with caramelized onion, miniature filet mignon, foie gras, or the strangest, and greatest treat of all: the beef cheek, served on a bed of mashed potatoes. The beef cheek melts in your mouth like the most tender cut of sirloin. The best part about pintxos: they are quick and easy to eat, leaving plenty of time to enjoy the other aspects of this luxurious city.

On one side of San Sebastian is Playa de la Zurriola where surfers ride the waves and swimmers play on boogie boards. On the other side – only a ten-minute walk away – is Playa de la Concha, a shell-shaped, sandy beach with a boardwalk stretching all the way around it where old and young alike promenade at all times of day. To one side of Playa de la Concha is Monte Urgull which has a statue of Jesus Christ at the top, to which you can walk for incredible views over the Bay of Biscay. Monte Igueldo overlooks the other end of the beach; you can take a funicular to the retro funfair at the top, where old arcade games and amusement park rides – bumper cars, cotton candy and haunted houses – come to retire. 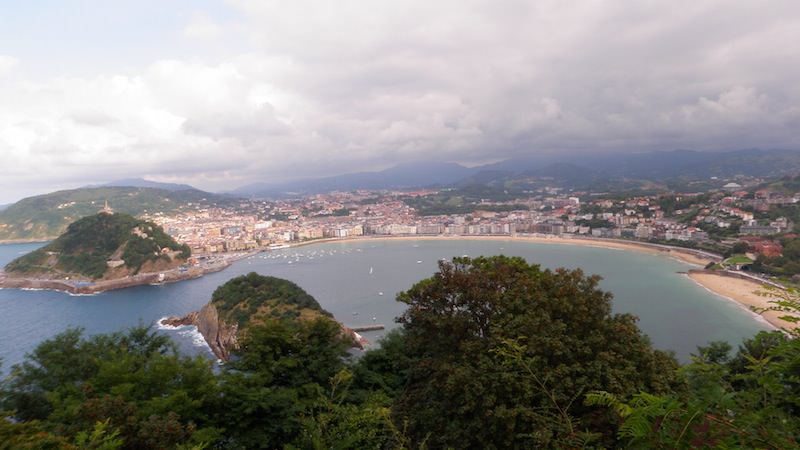 Between the beaches and the bars, I could easily have spent weeks in San Sebastian, but the day trips eventually tempted me out of the city limits. I spent one day in Bilbao, the fabulously artistic city an hour away that’s famous for its Guggenheim Museum, and another day on the French side of the Basque region in the vibrant surfer town of Biarritz, (France) where pintxos are replaced by croque monsieur and waffles, and people shed their stylish outfits in favour of wetsuits.

By the time I left the Basque region, I was full, tipsy and happy. The longing for Ibiza had faded, and I was ready to keep travelling. You call it fickle; I call it the greatest food in Europe.

Written by Andrea MacDonald for EuropeUpClose.com. Follow Andrea’s travels through Europe this Summer; she’s a gal on the move. Can you tell us Where in the World Andrea Will Go Next? There’s a hint in the photo below: Sleeping between snowcapped peaks in the “Valley of Many Waterfalls” 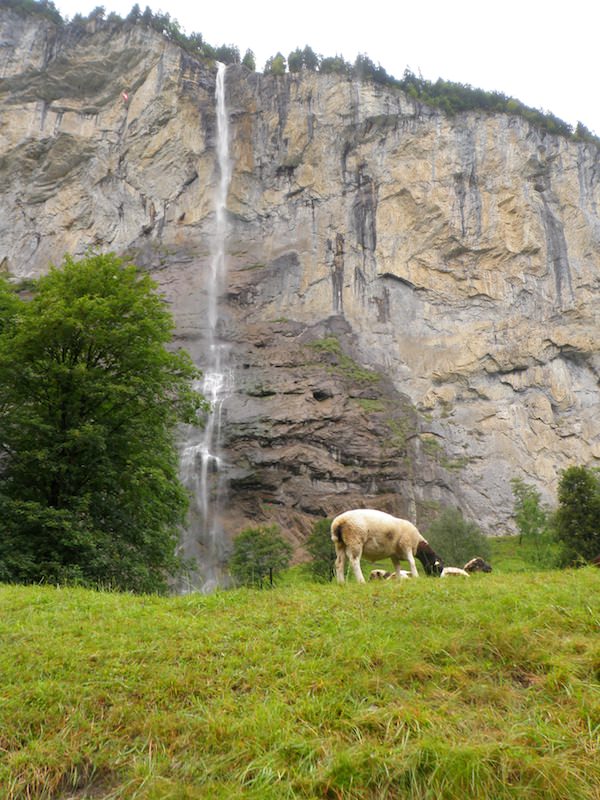 Sleeping between snowcapped peaks in the "Valley of Many Waterfalls