Drawing on their authentic medieval heritage, the British do a superb job of re-enacting the life and times of their forebears. And no re-enactment is better than England’s Medieval Festival, held in late August every year, near the tiny village of Herstmonceaux in East Sussex, a 1.5-hour drive southeast of London. Two things make this event especially noteworthy. It’s the largest such event in England, attracting tens of thousands of re-enactors, and is held in the expansive, undulating green fields and forested grounds of Herstmonceaux Castle, a towering brick monolith complete with its own murky moat and multi-colored flowering Elizabethan Garden. 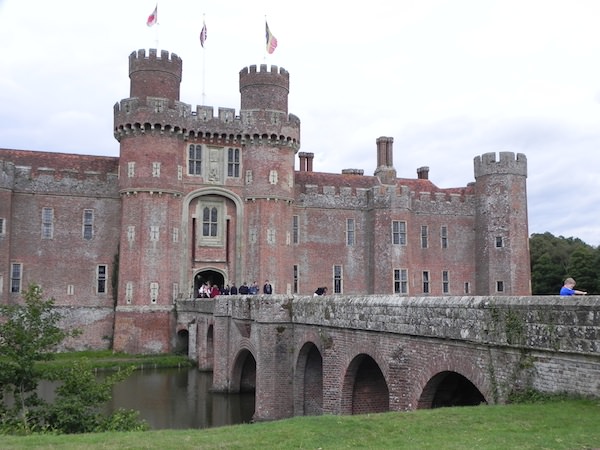 Now in its 18th year, England’s Medieval Festival takes you several centuries back in time to see wizened Brits roughing it in siege encampments, a living history village, and a knights encampment. There’s a medieval market packed with vendors, falconry displays, archery contests, a village stage, jousting, skill-at-arms competitions, bombard cannon firing displays, and the grand finale each afternoon, a massive battle re-enactment between Yorkist and Lancastrian armies that supposedly took place in 1469. And of course if you desire victuals and mead, the Royal Food Court and Buxom Wench Tavern await. 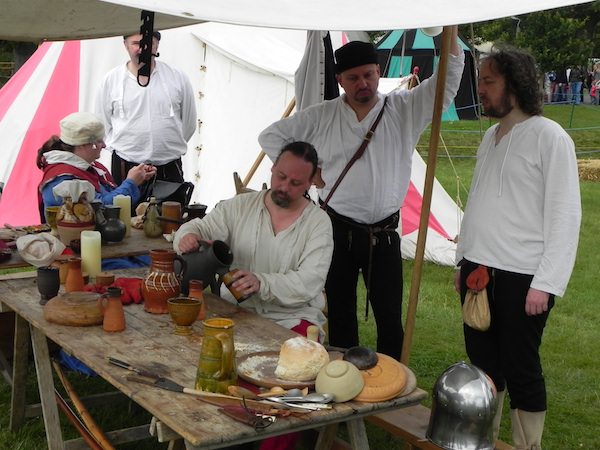 Get your victuals and mead here

Perhaps it’s the genuine English accents, but everyone and everything seems so authentically, well, medieval, from the puppetry and tall tales told at the village stage to the falconers, with their Merlin and Peregrine Falcons. Periodically you’re entertained by medieval tunes played by pipers, drummers and minstrels as they march around the grounds. You can partake of archery under the instruction of the White Lion Bowmen, as you pull a longbow back to fire your arrow across the moat at targets. The whole surreal scene is like a backdrop in a medieval movie

A walk through the Living History Village is a crash course in medieval life. I meet a swordsman who is a walking encyclopedia on swords, daggers and knives. He shows us the differences between broadswords and their shorter kin, and how to wield the various swords and daggers in battle. I just hope I will never have to because those forged lengths of metal are heavy! 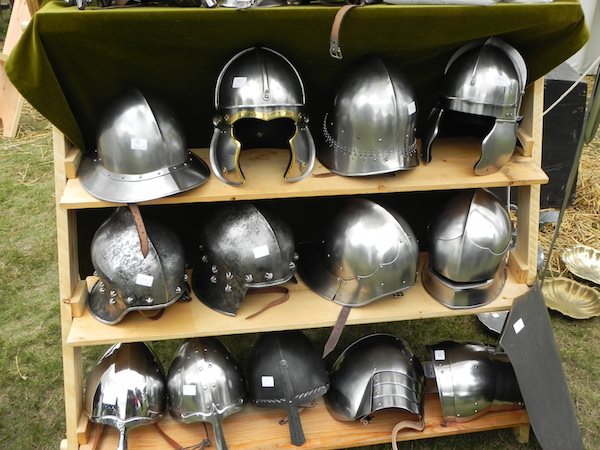 Likewise, the Fletcher (arrow maker) shows me how to craft an arrow from a long, thin stick, and place the bodkin on the end. He vividly describes the medieval archer’s finest moment at the Battle of Agincourt in 1415, where thousands of French armored horsemen-at-arms were mowed down by five thousand English archers, who caused a veritable arrow storm that blocked out the sun as it passed over. The bows were so powerful that they penetrated the French plate armor, to terrible effect. The Fletcher shows me how archers placed their arrows tip down in the ground in front of them, with the notches lined up so that all they had to do was place the string into the notch, raise the bow, and fire. They could fire 12 arrows each minute. Archers had to be able to draw 120-150 pounds of strain on the bow, which is far harder than it sounds. These were very strong men! Most archers were appointed by their village, and held practice every Sunday afternoon after attending church. 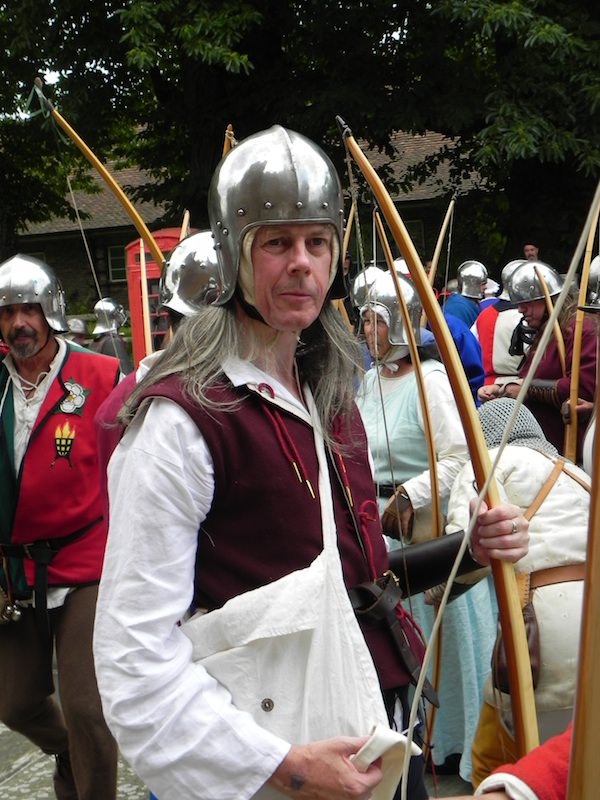 But the Medieval Fair’s blue riband event is undoubtedly the massed battle in the large field behind the castle. Loosely based on a battle in the War of the Roses, it’s an all out, no holds barred clash of brightly clothed archers, chain mail garbed swordsmen, leather gherkin clad pikesmen, and knights in shiny, clanking armor. These men-at-arms live and fight the part magnificently. I enquire of a waiting soldier in the castle courtyard, before the battle, as to how he was going to fare in the upcoming battle. His straight-faced reply; “We’ll slaughter those Lancastrian scum”. Marvelous! 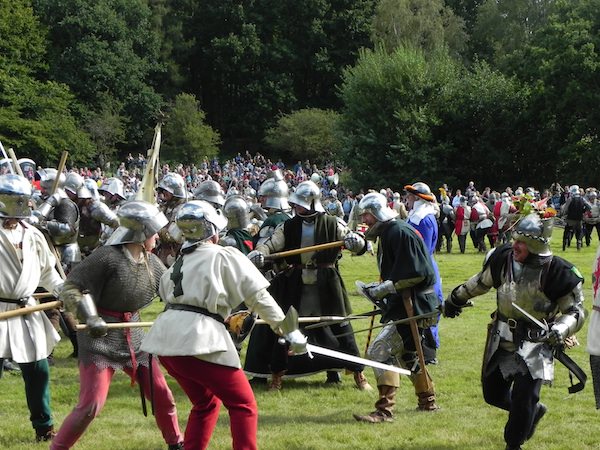 The battle provides entertainment at the fair

The battle is so realistic that the only difference, I suppose, between this and the real thing is the droll voice of the commentator drifting across the field as he describes the various tactical moves and counter moves on the field. The battle ends, of course, with the beheading of the treacherous Lord, his bloodstained head being held up high for all to see.

If you desire to see how life was back in the medieval day, Herstmonceaux Castle is the place to go. It’s a splendid affair, and you’ll learn more than you’ll ever need to know about medieval life and entertainment.
Written by and photos by Roy Stevenson for EuropeUpClose.com