You don’t have to read a book to learn what an important trading center Targu Secuiesc, Romania once was. You can just read the architecture of this town of 20,000 people (largely of Hungarian ancestry) located in eastern Transylvania. All around the central square, you can see weird open gateways that carve into the buildings and open onto narrow, 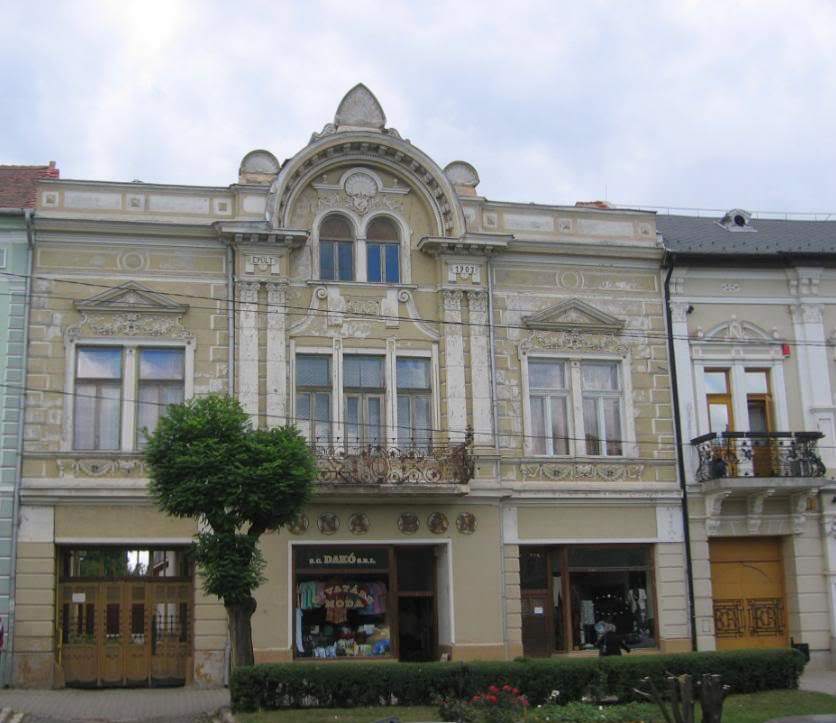 pedestrian-only lanes. These are the town’s famous “courts,” which used to belong to a variety of tradesmen’s guilds.

Craftsmen living in the town started founding guilds during the 1500s, beginning with tanners and eventually including blacksmiths, locksmiths, cobblers, saddlers, furriers, and so forth. Producers of similar goods started setting up homes and workshops close to each other, in these courts, from which they could emerge onto the square on market days.

The town developed into a manufacturing base, having already established itself as a center of trade, a role it had held since the 1300s. In fact, this is enshrined in the name of the town. “Targu” means market in Romanian. In the Hungarian language – the native tongue of most of the residents – the town is known as Kezdivasarhely, with “vasarhely” meaning market. There’s also a German name for the 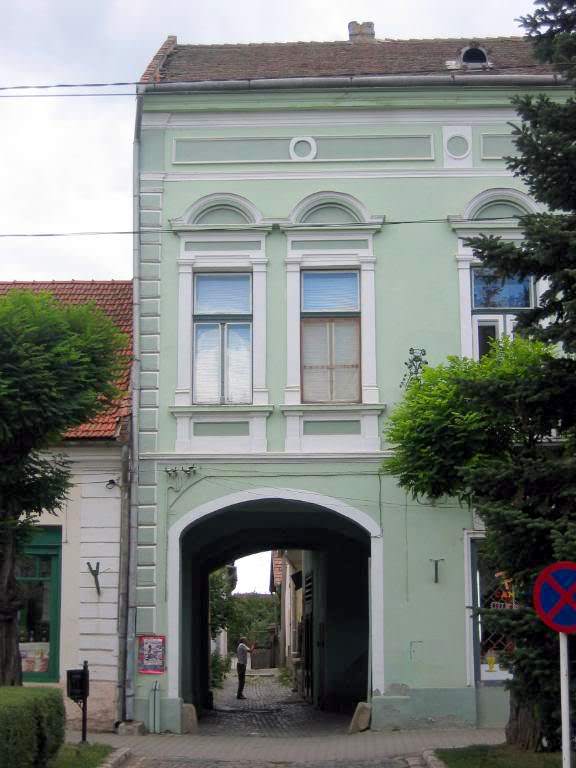 town: Szekler Neumarkt. Again, note the “markt”. Everyone, apparently, knew that this was the place to go shopping.

The courts nowadays are known by numbers, which go clockwise around the square. The word for one of these courts is “curtea” in Romanian and “udvarter” in Hungarian, and the street signs are written in both languages.

But it wasn’t just pots and clothes and saddles and furniture that the citizens of this town became famous for making. In 1848-49, when Hungarians were rising up against Austrian domination, this town was the home of an important weapon producer named Aron Gabor, born in 1814. The industrious Mr. Gabor, after whom the town’s central square is now named, bears some of the credit for the fact that people in this particular area of eastern Transylvania – the Szekler or Szekely land – held out against Austrian imperial forces longer than any of their fellow-rebels. He was ably abetted by the copper worker Mozes Turoczi, who was born in Targu Secuiesc in 1813. During the uprising, the two of them cast 64 cannons at Turoczi’s foundry to contribute to the Hungarian effort. 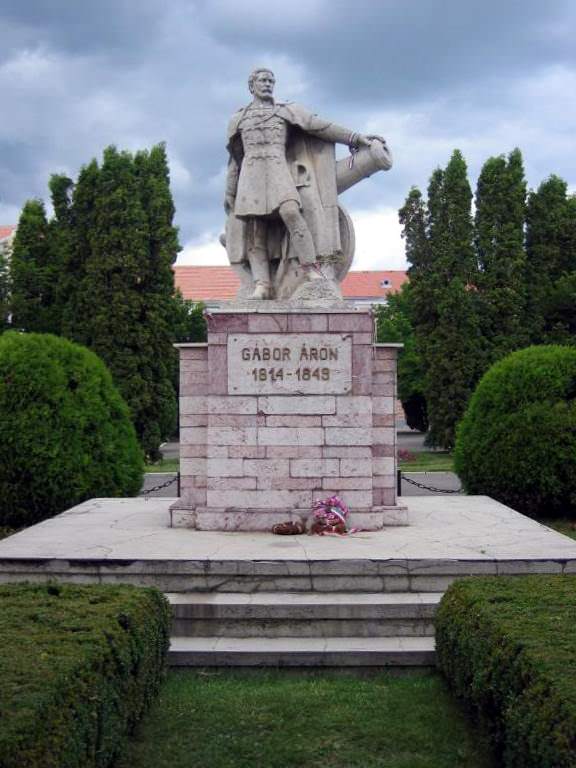 Gabor died in 1849, in a battle in which Russian troops, the allies of the Austrians, came to blows with the local people. A statue of Gabor, created in 1942, stands in the center of the square. Turoczi fared better, surviving the clashes to go back to his peaceful craft. He died here in 1896. His house is at number 9 on the square, and there is a plaque on the building and a bust of him out in front.

The central square is no longer a busy marketplace, but has been converted into a pretty park filled with lawns and flower beds. And although Targu Secuiesc is still a major manufacturing location, that activity now takes place in textile and garment factories located in outlying areas of the town, while the guildsmen’s courtyards are now quiet.

But you can get a taste of those bygone days by dropping into the former town hall building at court 10. This is now the guild history museum. As well as information about those old crafts, the museum has some dolls dressed in various Transylvanian folk costumes, and some exhibits related to the uprising. There is even a cannon modeled on the type that Gabor and Turoczi made. The museum’s opening hours are 8am-4pm on weekdays, and 9am-1pm on weekends.

If you choose to stay the night in Targu Secuiesc, try the three-star Voros guest house, at number 19 on the main square. The small establishment, which can sleep 16 in five rooms, is in an 18th century building and has furniture based on 18th and 19th century styles.