We spent a few days in Basque Country located in the Southwest corner of France in the early spring.  We were delighted to find that this area is France’s other summer playground offering travelers a unique cultural experience as well as beaches galore. 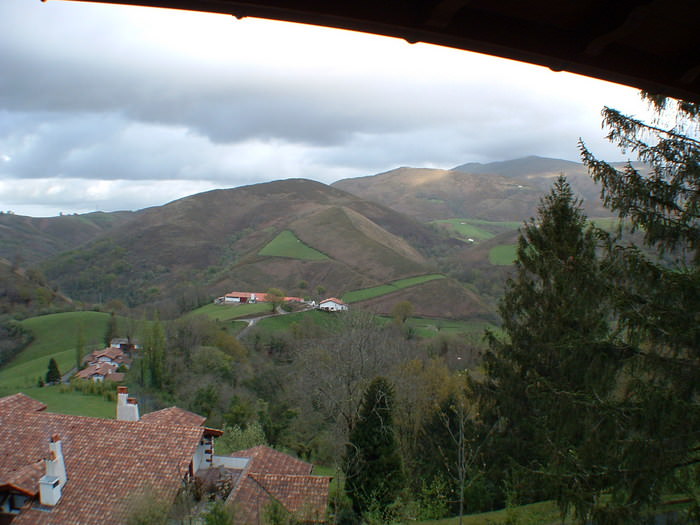 The Basque region is comprised of seven provinces, four in Spain and three in France, that straddle the western Pyrenees Mountains. The culture and language of the proud Basque people is so old and mysterious that anthropologists can only speculate as to the origins. The language, “euskara”, is unique in the world, one of the oldest in Europe, and now taught along with French in the Basque region’s schools.

Biarritz is a busy little town that hugs the Atlantic near the Pyrenees mountains and the border with Spain. This town became popular when Napoleon III and his wife Eugenie used it for their summer residence. The gorgeous, five-star Hotel de Palais was their summer palace. It has been totally restored and refurbished to offer the highest standard of accommodation and service. We had a wonderful dinner there one evening, surrounded by some of France’s notables who are looking for a more discreet Cote d’ Azur experience. The Hotel du Palais ranks as one of the world’s ten most prestigious hotels. 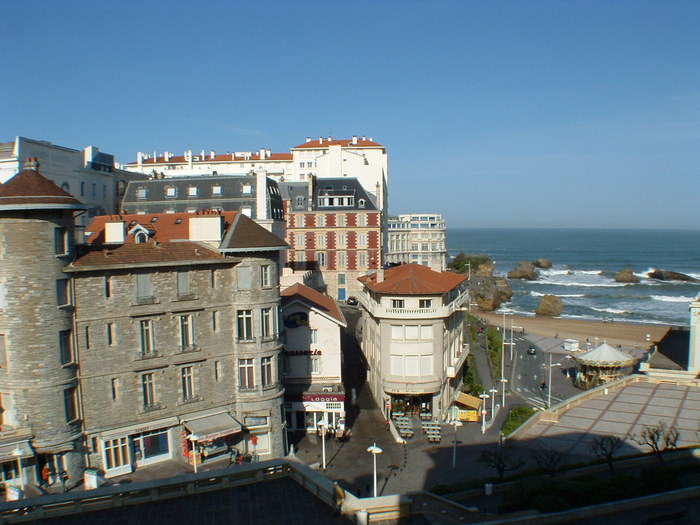 Biarritz offers wide, sandy beaches as well as an old fishing port, lots of opportunities for Thalassotherapy, and good shopping and restaurants. Thalassotherapy is a popular hydrotherapy spa treatment using different temperatures of sea water to reduce stress and cure other ailments.

In 1959 the first surfing club was established in Biarritz and it is now one of the most popular surfing venues in Europe. Even though the March weather was a little nippy when we were there, the surfers were out in their wet-suits practicing for an upcoming event. 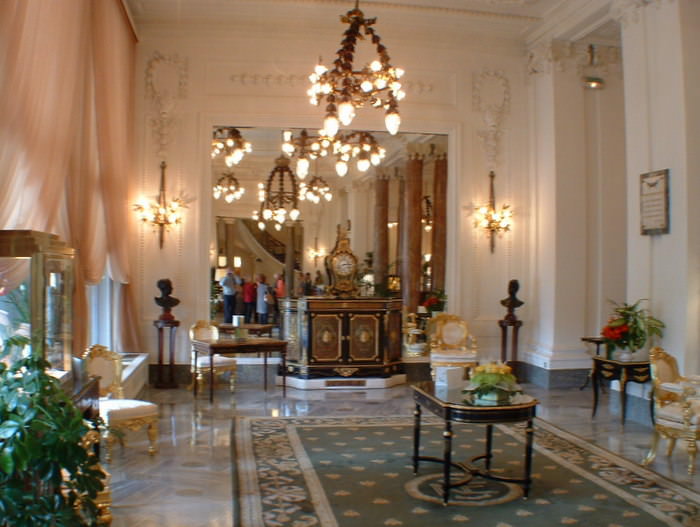 Some of France’s best golf courses are located in this area as well, including: Moliets, Seignosse, Biarritz – le Phare, Makila, Arcangues and Ilbarritz. Biarritz golfers can purchase a five-green golf pass for a substantial discount over the per course fee.

Biarritz is a great base to explore the other charming Basque towns of Bayonne, St Jean Pied-a-Port and St Jean de Luz.

Bayonne, is a walkable little town set at the confluence of the Adour and Nive rivers and is known for two gourmet treats, Bayonne Ham (jambon de Bayonne) and Chocolate. 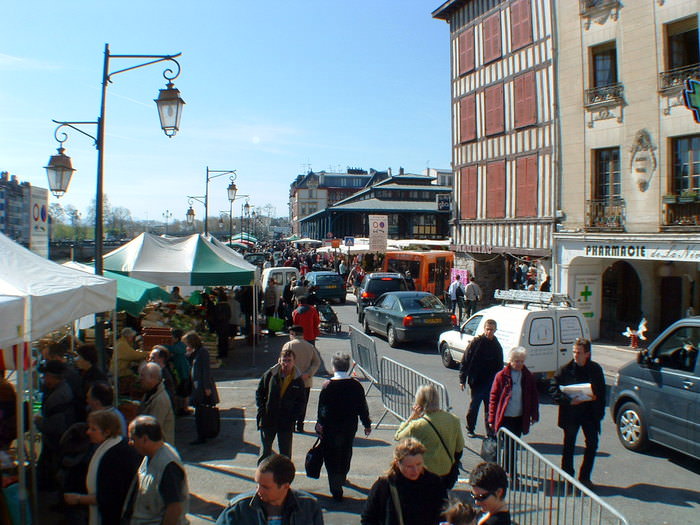 According to legend, in the XIVth century, Gaston Phœbus, the king of the Bearn country started the Bayonne ham tradition by accident. He killed a wild boar which then fell into salt water near Salies de Béarn and was found perfectly conserved by hunters the following season. Since then, thanks to the natural mineral richness of the brine of the Adour River (salt water from the marshes), Bayonne Jambon has become a legend across the world.

Chocolate was introduced to Bayonne in the XVIth century by Portuguese Jews fleeing the inquisition. The quality of raw materials and the accuracy of mixtures rapidly gained them a stellar reputation. Bayonne has remained faithfully attached to its tradition of gourmet chocolate and still has seven renowned chocolate makers. We experienced Bayonne’s lively market set along the river Nive and enjoyed a wonderful lunch feasting on the products of the region at a riverside cafe. Bayonne is a town that loves sports, from rugby – to rowing – to bullfighting. 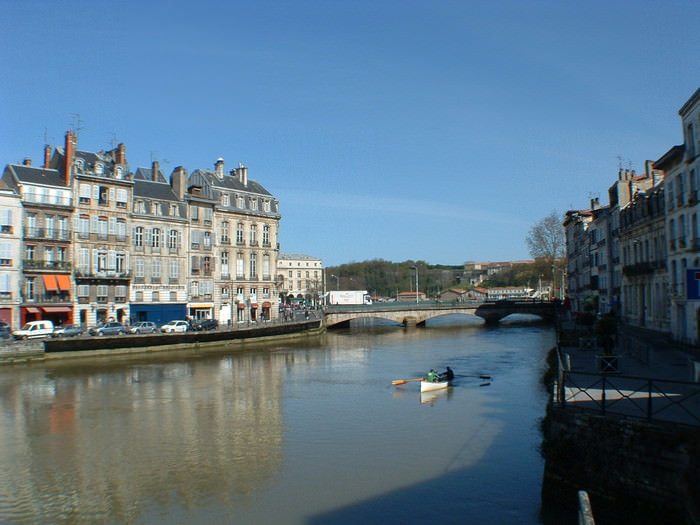 The Basque Museum
The Basque Museum is an absolute must-see. It gives a thorough history of the Basque region; its people, art, traditions and culture.
37 quai des Corsaires
64 100 Bayonne

The Bayonne Cathedral
St Mary’s Cathedral in Bayonne is set on a hill overlooking the heart of old Bayonne city. The present cathedral was begun in the 13th century and completed in the middle of the 16th century. It is essentially a Gothic style, but with influences from the Champagne province. The attached cloister is being restored to its original beauty and offers a quiet respite from the city. 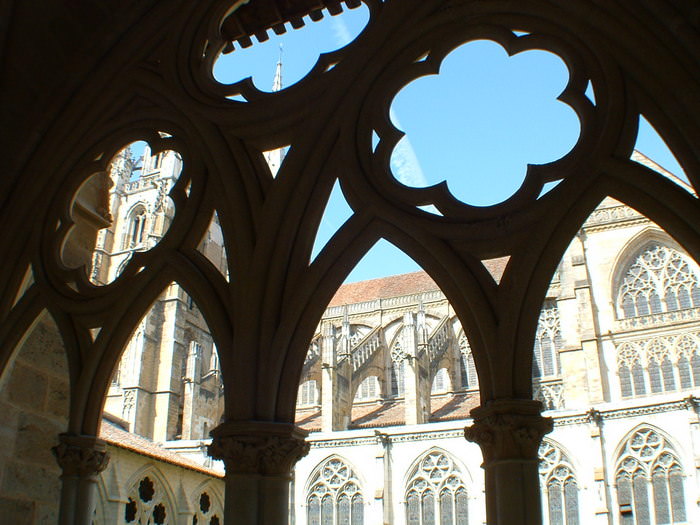 Saint Jean Pied de Port (literally meaning “Saint John at the foot of the mountain pass” in French) is the traditional point of departure for the pilgrims on the route to Santiago de Compostela. It is a quaint old walled city, dominated by the Citadel constructed in the 17th century on the site of the ancient fort of the kings of Navarre. Look for a Scallop shell on the doorways as a welcome to the Pilgrims who pass through the town. 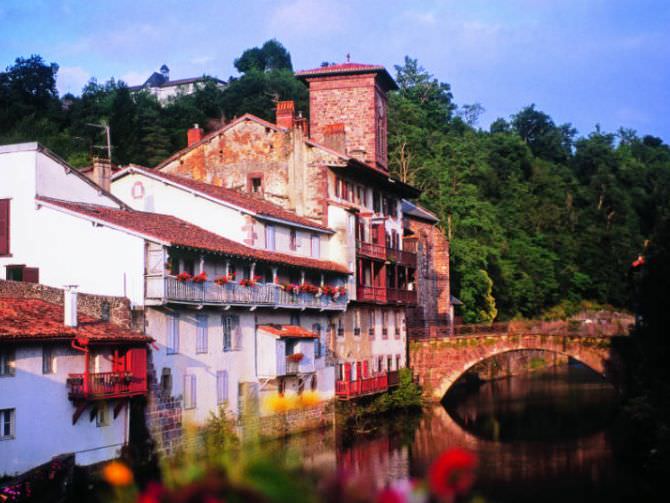 The fortified entrance to the medieval city, St Jacob’s Gate, is included in UNESCO’s list of World Heritage of Humanity. It owes its name to the passage of pilgrims to Santiago de Compostela on Jacob’s way, still numerous to this day. During the Middle Ages, toll collectors were posted for security and toll collection.

The main church in the town is Notre Dame of Saint Jean Pied de Port. This pink sandstone building has foundations dating to the 13th century. It is integrated into the town’s ramparts and is one of the finest examples of Gothic Basque region architecture.

Just about 20 Km south of Biarritz, at the gateway to Spain, is the beautiful town of St. Jean de Luz. We arrived on a Sunday morning just in time to take in the high mass at St. Jean Baptiste church. It was a heart-warming experience to hear the choir sing Amazing Grace in the Basque language. The church itself is quite interesting, from the hand-hewn balconies to the model ship hanging from the rafters. The Basque country is famous for fishing and whaling. Whaling ships traveled as far as Nova Scotia to catch their prey. Each Basque church has a ship replica installed in its interior as a plea for god’s blessing for the fishermen of the parish. St. Jean Baptiste church is also famous because it was the site of the marriage of King Louis XIV to the Spanish Infanta Maria Teresa in 1660. 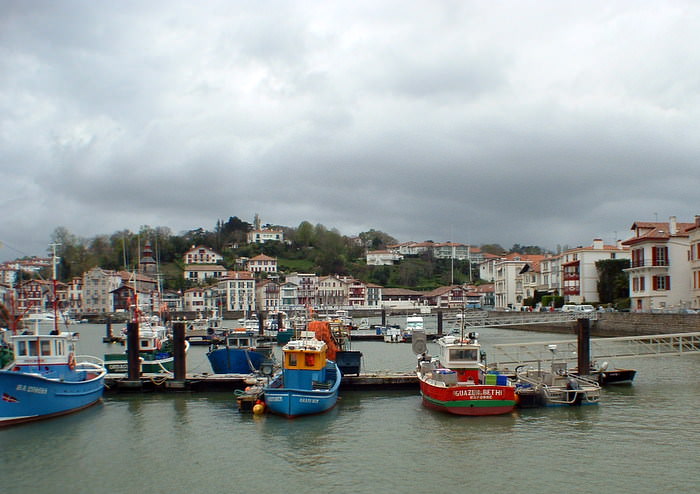 The fishing port is quite picturesque and the town center offers winding streets with lots of shops and restaurants.

We had a great visit to the beautiful Basque coast; from Biarritz to St Jean de Luz, the country of whalers, hikers, surfers and pilgrims is a unique and welcoming corner of France.

Hotels in the Basque Region

Hotel Edouard VII
This charming 3-star hotel is in a residential district in easy walking distance to the town center. The spacious rooms are well decorated. There is no elevator and the hotel is not air conditioned, but you can open the windows and it is close to the sea, so AC isn’t really an issue. We stayed here and love this hotel.
21Ave Carnot
F 64200 Biarritz

Hotel du Palais
A leading Hotel of the World, the 5-star Hotel du Palais offers the highest level of service and discretion. Rooms are stunningly decorated and the bathrooms are luxurious.
1 Ave de l”Imperiatrice Eugenie
64200 Biarritz

Hotel Mercure Plaza Biarritz Centre
Located in the center of Biarritz across from the casino and the beach, this modern hotel is decorated in an Art Deco style and offers comfortable and modern rooms.
10 Ave Edouard VII
64200 Biarritz

Le Parc Victoria
A charming  hotel offering 18 rooms and suites, is decorated in mostly Art Deco, with period pieces of furniture and fixtures gleaned from all over France. This little chateau is hidden away in a leafy garden and has a pool and a renowned gourmet restaurant.
5, rue Cepe
64500 St. Jean de Luz 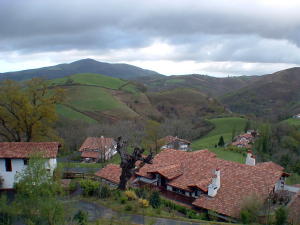 Hotel Ostape
A luxury hotel set in the Basque mountainside, Hotel Ostape offers serenity and beauty as well as exceptional Navarrian cuisine as interpreted by Alain Ducasse. This is a destination hotel for those who love nature and luxurious comfort. I’d come back in a minute.
Chahatoa
64780 Bidarray

Château de Brindos
4-star Chateau de Brindos is a Relais and Chateau property set on a tranquil lake. It is decorated in a traditional style, but offers every modern amenity. I love this property, especially the room with its own terrace overlooking the lake.
1 allée du Château
64600 Anglet
Biarritz

Restaurants in the Basque Region

Le Kaiku
This is a charming and authentic Basque restaurant. Be sure to eat here when in St Jean de Luz; fish is a specialty.
17, rue de la Republique
64500 St. Jean de Luz

And, of course, The Hotel du Palais, Le Parc Victoria and Ostape all have excellent restaurants offering Basque specialties.

[…] is located in France’s Basque region, on the Atlantic and at the base of the Aquitaine mountain range. The city’s historical […]