Fans of all things medieval who visit England wanting to get more bang for their tourist pound should seriously consider a day trip to stately Hever Castle. Only 30 miles southeast of Central London, this fascinating castle (dating from 1270) provided the backdrop to a sequence of tumultuous events that literally changed the course of Britain’s monarchy, religion and history. 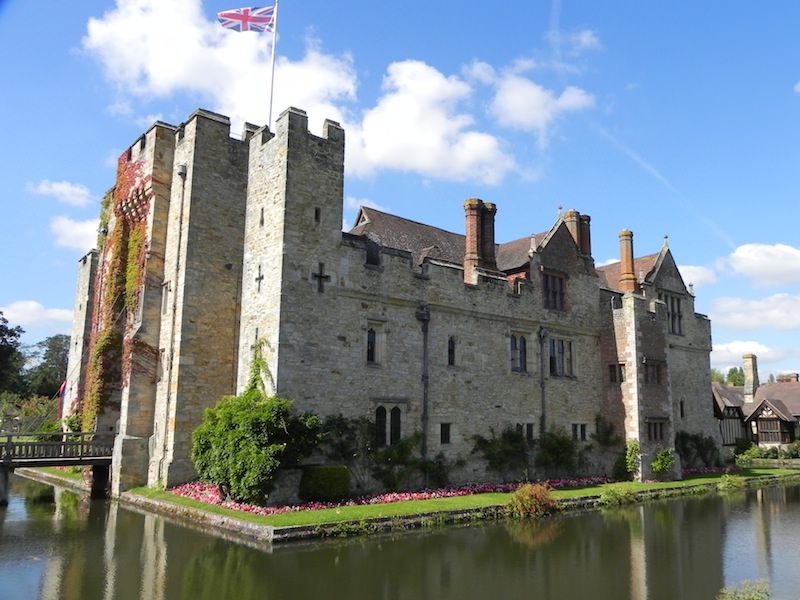 Located in Kent’s green, wooded, countryside, the Castle has been witness to some dramatic scenes. It often served as a temporary royal court for Henry VIII, with after-hours scenes of romance and high naughtiness involving one of his most famous wives to be, Anne Boleyn (and her older sister Mary, for good measure!). Hever Castle was Anne Boleyn’s birthplace and ancestral home where she and her sister were groomed to be courtiers by their ambitious father, Thomas Bullen. 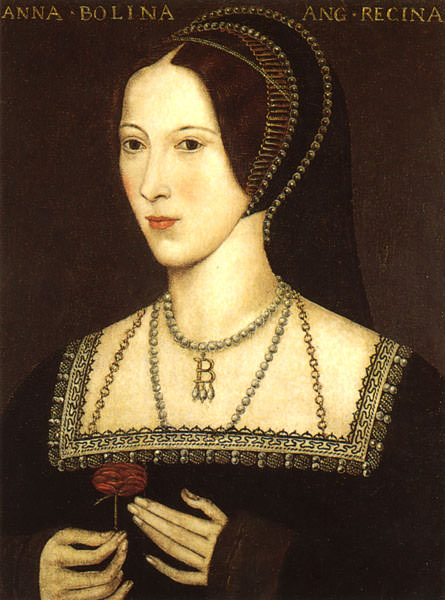 To get a feel for the Castle’s rich history, start with the Castle tour. It’s not the typical sprawling series of buildings enclosed by a lengthy wall, but rather, a towering, somber, square gray building with a series of square turrets, surrounded by a wide moat. Visitors enter the castle across a wooden bridge over the 15-yard wide moat, into the formidable ivy-clad gatehouse, complete with portcullis, murder holes and machicolations. It houses a collection of swords and armor and some rather nasty looking instruments of execution, torture and discipline. 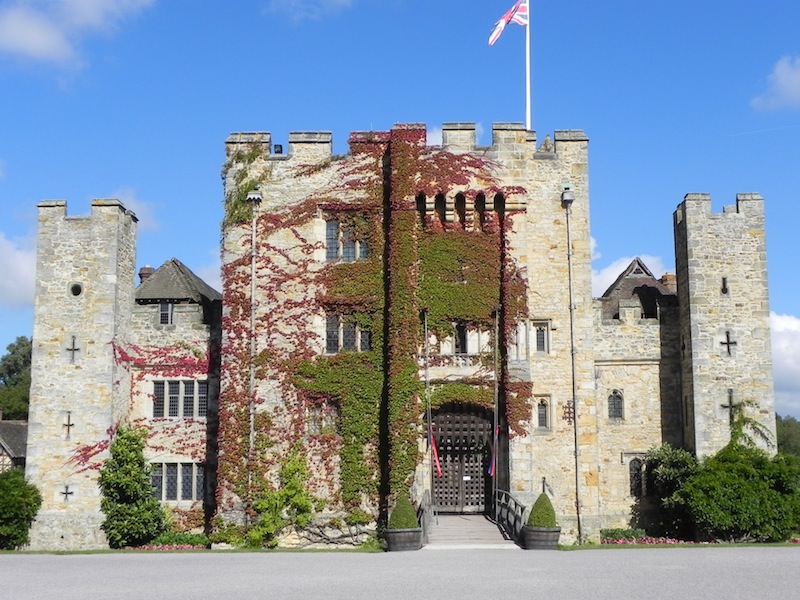 The ivy-clad Gatehouse at Hever Castle

Inside, the Inner Hall is a stunning example of Tudor architecture with deep red wall panels, elaborate thick ceiling beams, and round ornately carved columns, just reeking of Tudor splendor. The great Dining Hall is the next eye catcher. Henry VIII ate here, somewhat sumptuously I imagine. Henry, ever fearful of assassination, brought his personal locksmith wherever he went to ensure his safety. The impressive gilt door lock in the dining hall is a remnant of his paranoia. Most notable in the Morning Room is the priest hole, installed during the 17th century. During Elizabeth I’s reign, Catholicism was forbidden, and the Waldegrave family had this bolthole put in to hide the priest, should visitors come to the castle. 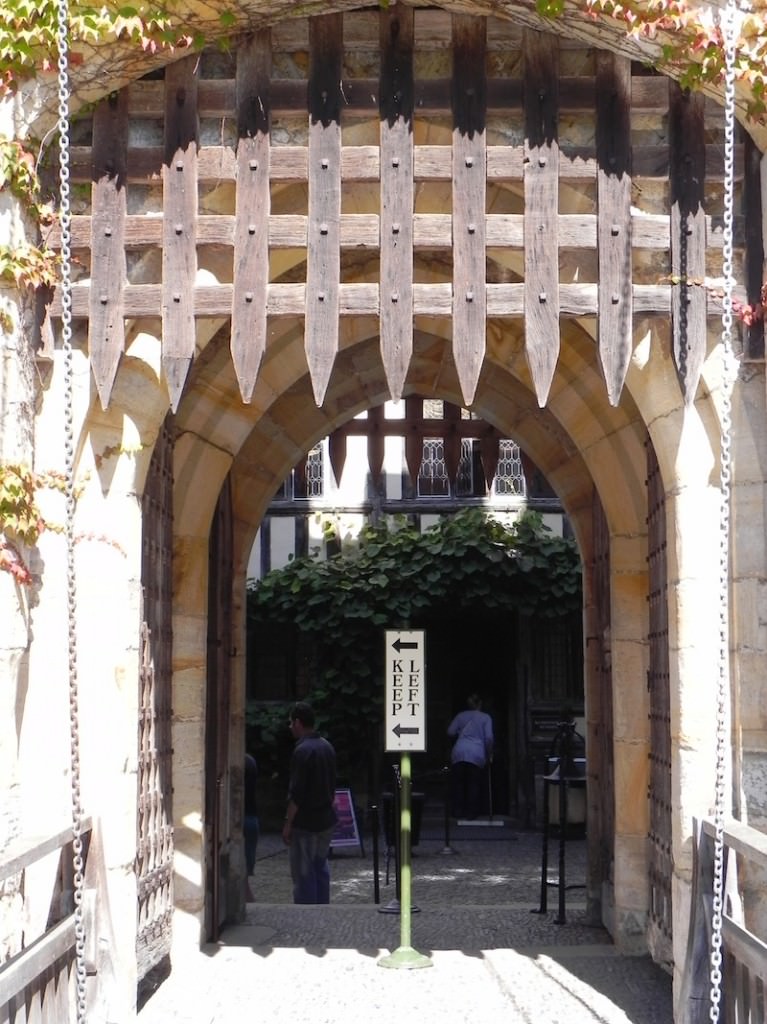 The Portcullis and Gatehouse of Hever Castle

But the Castle’s centerpiece, to me, is Anne Boleyn’s small, simple bedroom, with a painting of her bearing a sublime expression. Next door, in the Book of Hours Room, two beautiful prayer books are displayed in wooden, glass-topped cases. These belonged to Anne, and they bear her signature. One of them is the prayer book that she took with her to her execution at the tower of London, on May 19 1536, bearing her famous and poignant inscription “Remember me when you do pray, that hope doth lead from day to day”. 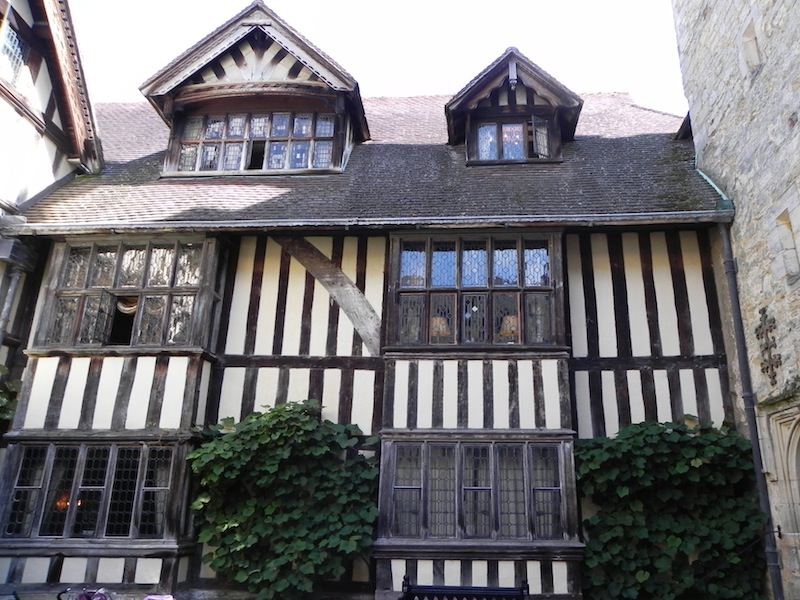 The 32 year-old Henry VIII, by now tiring of his trysts with Anne’s older sister, Mary, soon fixed his wandering eye on Anne, now a striking, sophisticated and fashionable young woman, and began to make his frequent visits to Hever.

It is at this juncture that history was made, unfolding partly at Hever Castle, as Henry VIII’s web of romance entangled Anne. Henry, already married to Catherine of Aragon, renounced both Roman Catholicism and Catherine, to marry Anne, his mistress. Overnight the country adopted Protestantism, causing widespread religious upheaval: Henry had the monasteries dissolved and English Catholics from the north rose up against him. 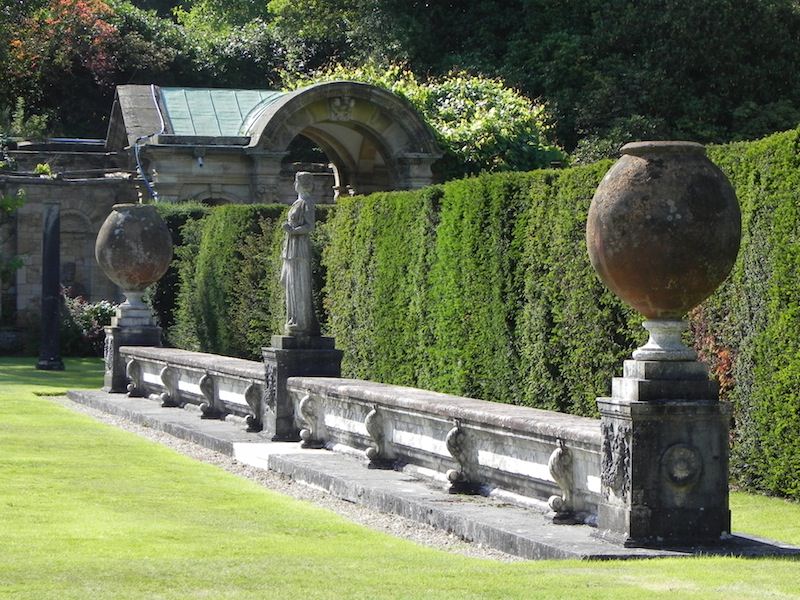 Sadly, Anne reigned for only 1,000 days before Henry had her executed for “incest, adultery, witchcraft, and treason”. But Henry was not without compassion—he had her sentence of death by burning commuted to death by beheading, even importing a special swordsman from France to do the sad deed. And to further show his nostalgia for his past wives, he ceded Hever Castle to his next wife, Anne of Cleves, as part of the divorce settlement, after that relationship turned sour.

Upstairs in the Castle, the Long Gallery, a narrow 98 feet hallway running the entire length of the castle is where Henry VIII held Court while visiting Hever. Today it contains some of the most important Tudor portraits in the country, and his wives stare out at you like long lost ghosts. 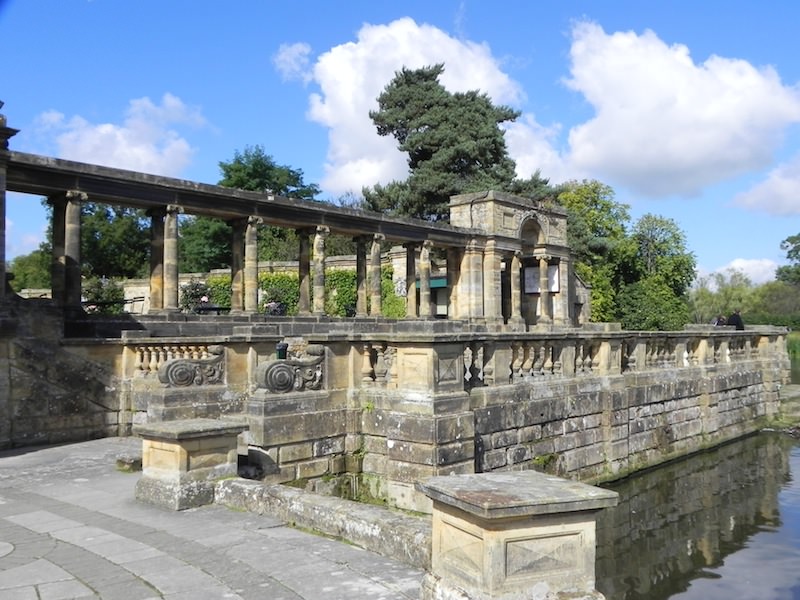 The stone viewing bridge on the Hever Castle lake

For those looking for a crash course in Tudor history and the colorful Henry VIII, Hever Castle provides it with heartbreaking dignity. Allow a day to explore this superb castle and its 125 acres of classical gardens, including a spectacular nymph fountain of white marble modeled on Rome’s Trevi Fountain, and 38-acre lake.