Only a thorough-going sourpuss could fail to find something to love about Andalucia. Spain’s southwestern region encompasses so much of the country’s natural, historic and cultural largesse that it hardly seems fair to the rest. 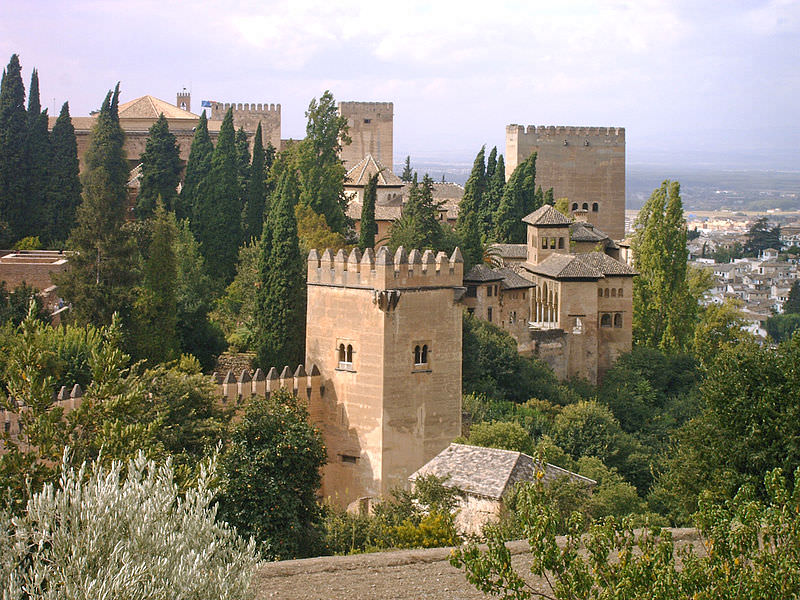 The Alhambra in Granada

The Treasures of Andalucia

Just the most obvious ones make an ambitious itinerary: The Alhambra, the Great Mosque of Cordoba, miles of Mediterranean and Atlantic sand beaches, flamenco, sherry, the White Towns – and that doesn’t even count the considerable riches of Seville.

More ephemeral but no less captivating are the sensual impressions: The scent of orange blossoms hanging heady in the air, the staccato of a dancer’s shoes, a splash of sunlight on altar gold, the mellow bouquet of a fine Oloroso, the smooth glissades of dancing horses, rough stones of a mountain trail underfoot, a perfect gazpacho lingering on the palate, the warmth of winter sun when the rest of Spain shivers. 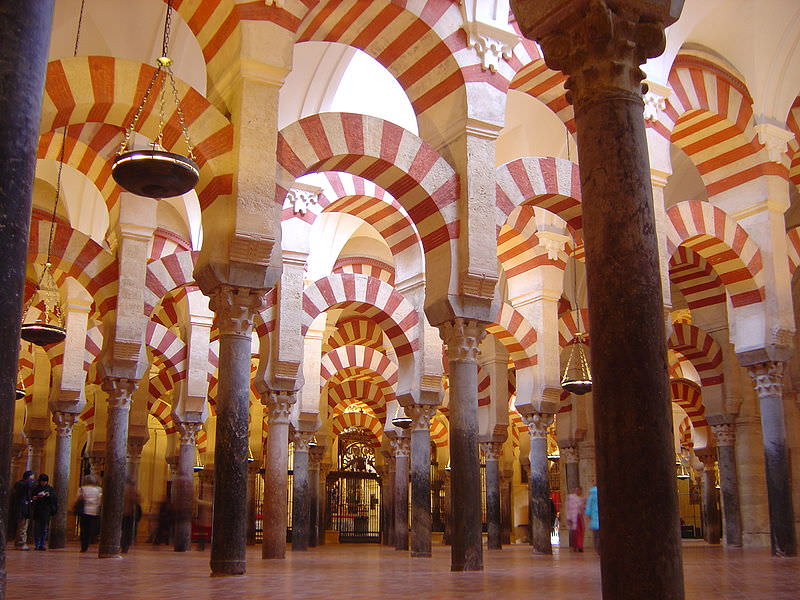 The Great Mosque of Cordoba

To sum up in mere words all that is Andalucia is impossible, though nearly everyone since Washington Irving has tried. Best for the traveler to plan for the highlights, but leave enough time to stray wherever whim or serendipity leads. For above all, Andalucia is a land of chance encounter — with a person or place or idea that will lead to unexpected pleasure.

Seville (Sevilla)
Europe’s most exotic city, found in Andalucia, is filled with everything a traveler could seek – more than two millennia of history, architecture from the Caliphs to Calatrava, an Alcazar second only to the Alhambra in opulence, evenings of tapas and flamenco, a maze of charming old streets to stroll, UNESCO World Heritage sites, even its own fiery mythical heroine. It wears well, a place to return and savor again and again. 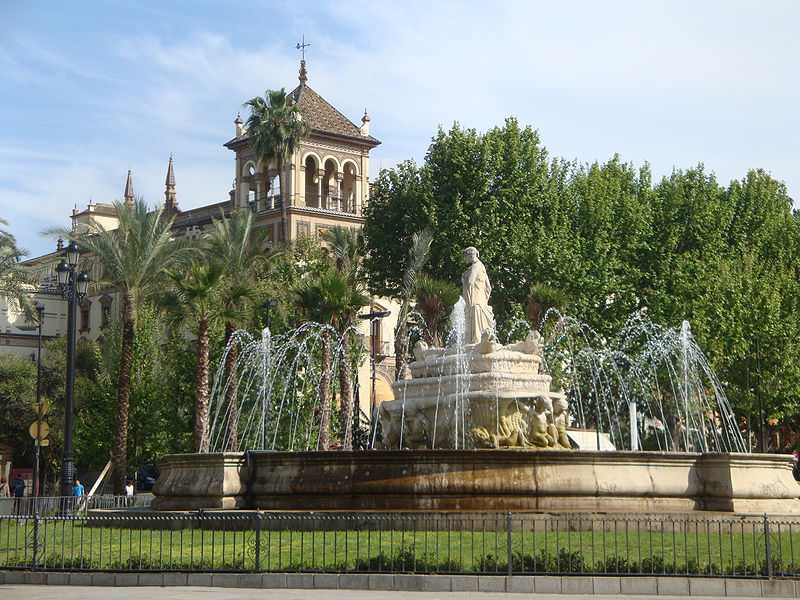 Granada
As though the Alhambra weren’t enough, Granada has El Albaicín — the most authentic Moorish quarter remaining in Spain – and close by perhaps the most quintessential place for churros and chocolate. The Alhambra is in fact a whole group of attractions, not the least of which is Generalife, a set of terraced gardens and palace on a hillside overlooking the rest of the complex.

Cordova (Córdoba)
For the “wow” factor, Cordoba’s Great Mosque trumps even the Alhambra, with row on row of graceful arches appearing to stretch into infinity. Wander through the winding lanes and tiny plazas of the adjacent medieval Jewish quarter to find a Synagogue dating from 1315. 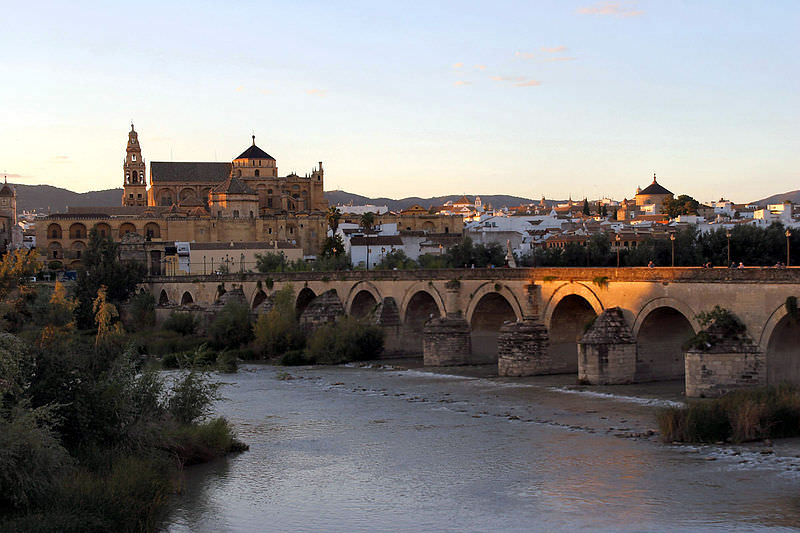 The Roman Bridge in Cordoba

Jerez de la Frontera
This town, south of Seville, gave its name to Spain’s famous sherry wine, which travelers can sample at any of several bodegas. On the grounds of a splendid villa, The Royal Andalucian School of Equestrian Art trains the famous Andalucian thoroughbreds and their riders to perform a high-precision ballet. Attend equestrian shows here and find real flamenco at Centro Cultural Flamenco Don Antonio Chacón.

Cádiz
Not nearly as well-known to travelers as it should be, Cadiz combines three thousand years of history (it traces its origins to the Phoenicians), art  (its churches contain several works by Goya, El Greco and Murillo) and beaches, long strands of the Costa del Luz beaches extend right into the city.

The White Towns
Andalucia’s Pueblos Blancos, or White Towns, are just that, hilltop villages almost blindingly white against the sky. The most spectacular is Arcos de la Frontera,poised atop a 450-foot cliff that forms a mirador for views across the Guadalete valley. A Moorish castle, fine noble homes and churches with carved altarpieces reward a stroll through its cobbled streets. Other Pueblos Blancos to see are Grazalema, Ubrique and El Bosque. 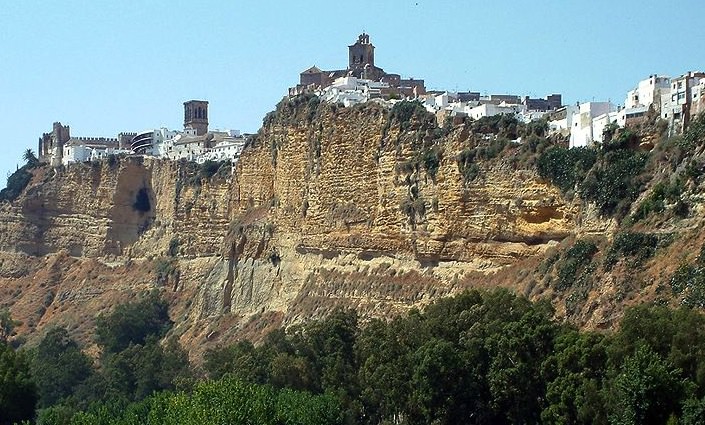 Doñana National Park
After the Guadalquivir River leaves Seville it meets the Atlantic in a wide delta. The World Wildlife Fund helped protect it in a national park as one of Europe’s most important wetland reserves, and its dunes and marshes have since gained World Heritage Site status. Frequently compared to the Everglades, this ecosystem nurtures flamingos, lynx, eagles and birds migrating from Africa.

Ronda
Possibly the most dramatic setting for any city in Spain is Ronda’s, poised in mid-stride across the 400-foot-deep gorge cut by the Guadalevín River. Cross it on the lower medieval bridge or the soaring Puente Nuevo – the dramatically high “new” bridge built in the 1700s. The old Andalucia town is a charmer, at its center an historic bullring that was the birthplace of modern corrida de toros, where bull fighters stand on the ring instead of mounted on horseback. It is now a museum when not in active use. 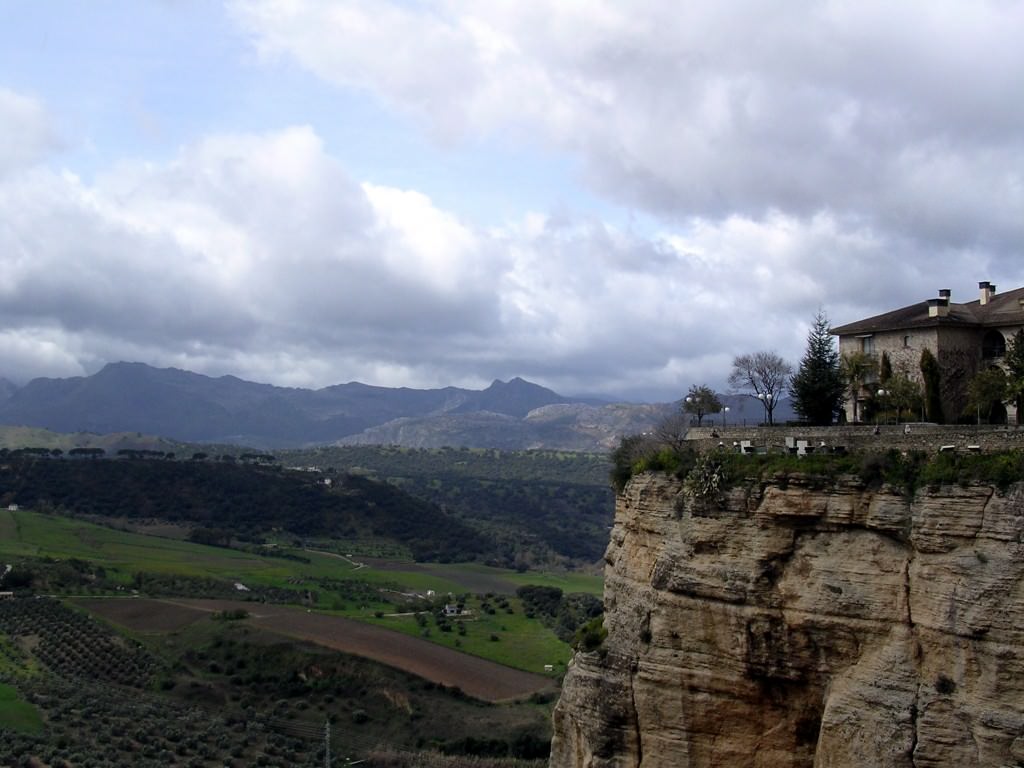 View from the Puente Nuevo in Ronda

Málaga
Yes, right in the heart of the much-maligned Costa del Sol, Málaga has shaken off its doughty over-built past and treated itself to a wholly successful face lift. Gone is the traffic-snarled main street, now a broad marble-paved pedestrian boulevard lined by smart shops, sidewalk cafes and world-class sculpture. Follow it to find the new Picasso Museum and a trail marking scenes of his childhood.

I'm planning a trip to Spain in the next few months. I posted on the Tenerife article if I could be sent an email whenever you have a new article about Spain on the site. Is this possible?

These articles are full of useful information for planning my trip.

The architect you mention in A Lot to Love in Spain's Andalucia, Calatrava, he is also the architect of the Milwaukee Art Museum. He does beautiful work. I am happy to read that Malaga is cleaning up and that there is the Picasso Museum.