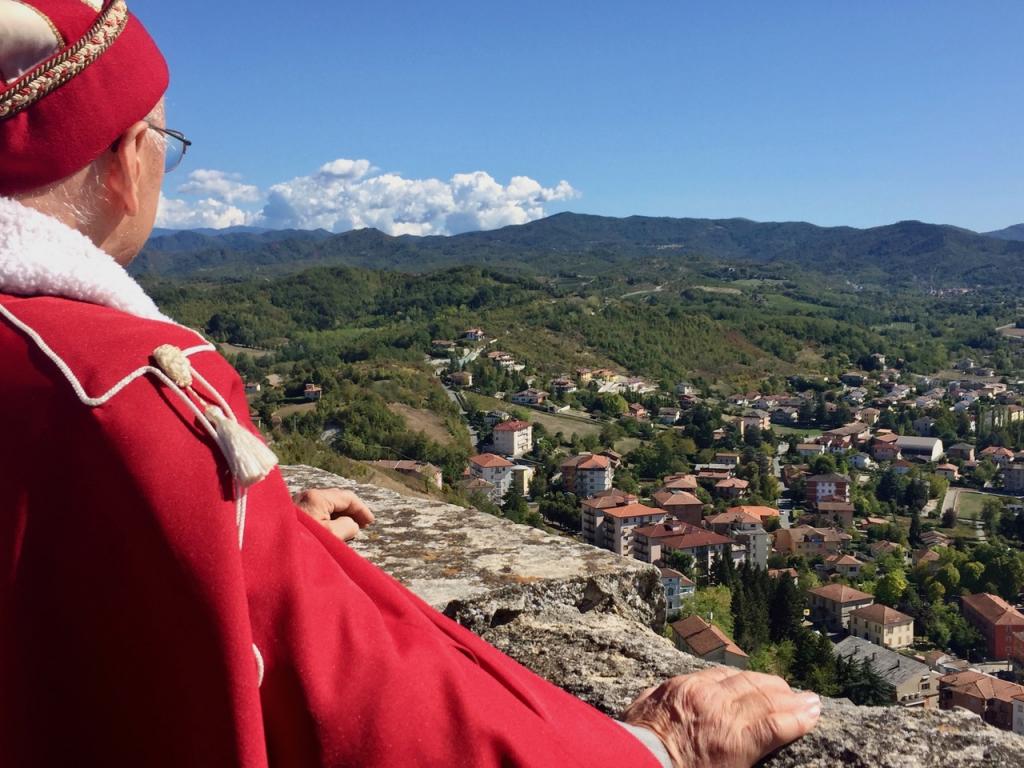 Things to Do in Serravalle

Think Serravalle invites visitors to “think (different)” about a small Italian community with big attractions and even bigger ambitions.  Serravalle Scriva is well-known for its shopping outlet (Europe’s largest) and Cortese di Gavi, a world-class wine.  Yet it has more to offer its visitors, as long as they are open to exploration and discovery.  This is the second of two stories about Serravalle to help guide your thinking.

It’s easy to “shop till you drop” at Europe’s largest designer outlet in Serravalle Scriva, Italy, but you will miss some consummately Italian experiences if you do. 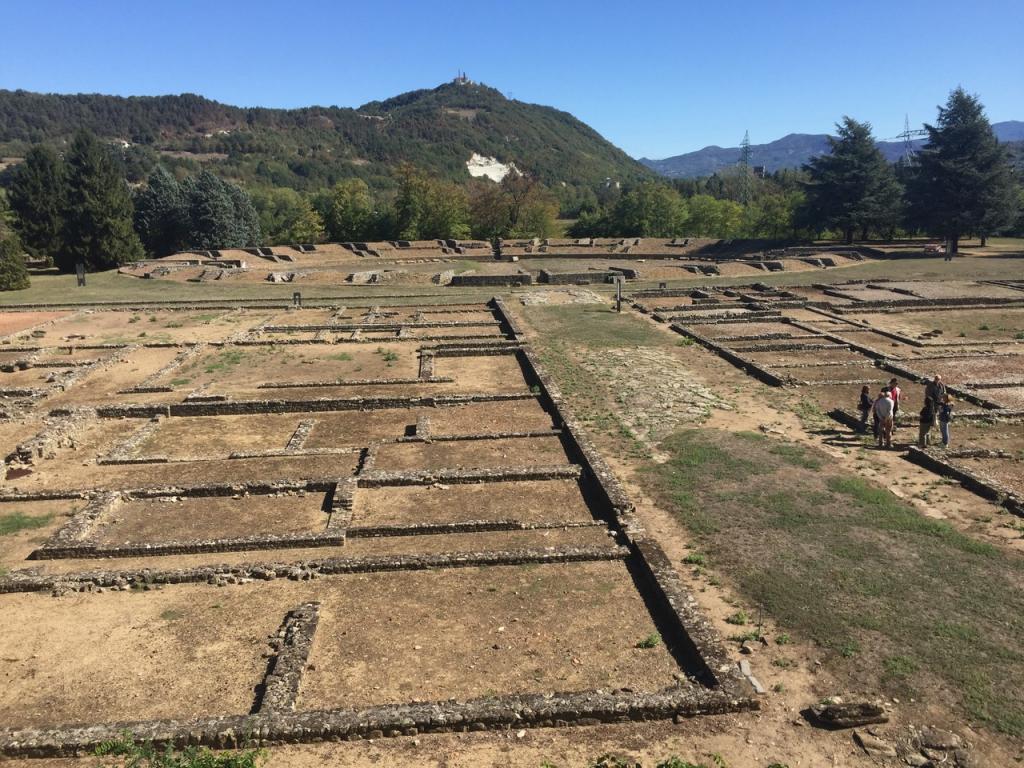 The meaning of the name “Libarna” is unknown, and the town itself was lost for centuries.  It was rediscovered in the late 1800s when workers were building a railroad near the site and realized that the mounds of earth they were digging covered a Roman theater.  The railroad continued but the state forbade more digging on the site itself.  In 1910 a second railroad was constructed on the other side of the site, despite protest, because politics trumped preservation then as now. 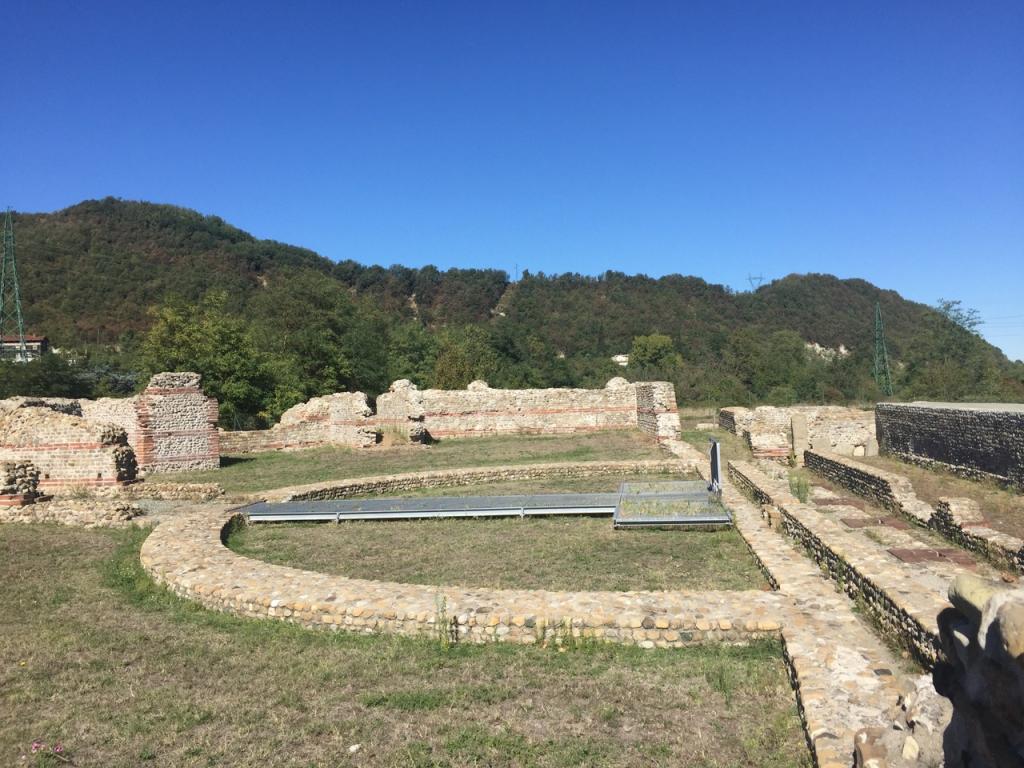 The park is suggestive but not spectacular since very little of the original town remains.   You need your imagination to visualize what must have been an impressive amphitheater and all the rest.  The above website and an app can help, available free and downloadable for iPhone and Androids. A guide can help bring the silent stones to life; English-speaking guides can be arranged by writing to sar-pie.arealibarna@beniculturali.it

More recent and infinitely better preserved is the Forte (or Castello) di Gavi, a symbol of the province, less than four miles from the shopping outlet.  The fort has existed since 973, guarding up until 1859 a route similar to the one carved out by the Etruscans centuries earlier. Amplified and fortified over the years, its architecture today is described as stile italienne,  a star-shaped structure with many walls and angles, dominating a high point above the town of Gavi.   Only cars and small buses can navigate the narrow road leading up to the fort, so you won’t be besieged by thousands of tour bus visitors. 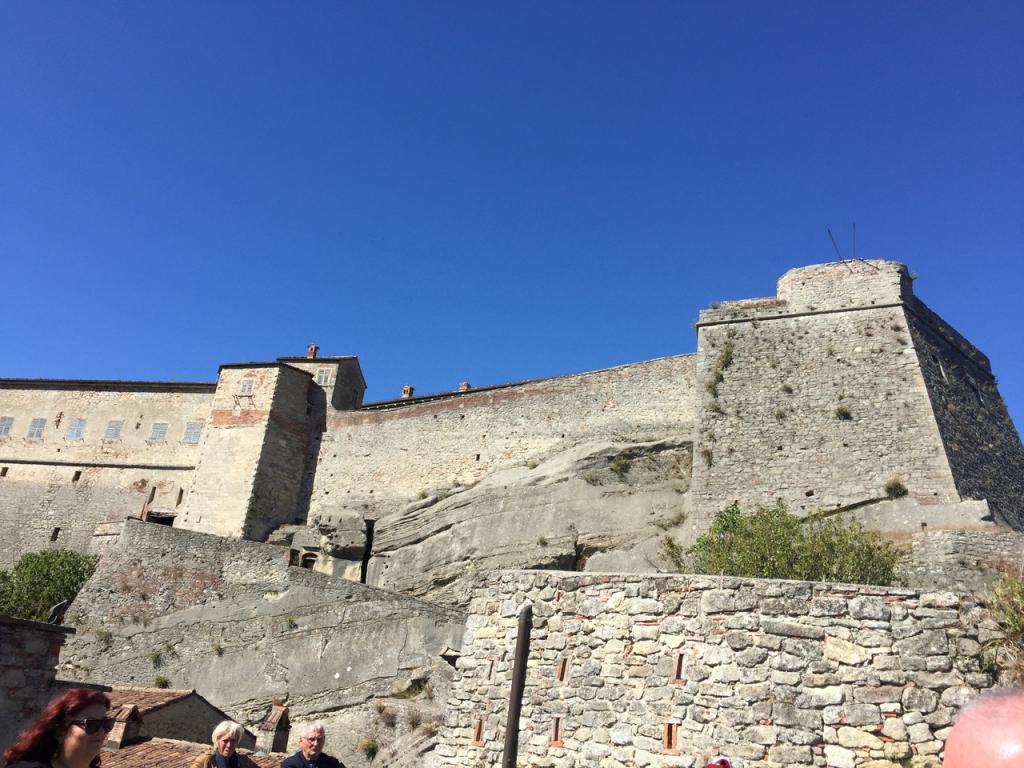 The fort is open to the public from Friday through Sunday with guided visits from 8:30 am to 3:30 or 4:30 pm.  By writing to the Amici del Forte di Gavi you can arrange for a tour guide in English.  info@fortedigavi.it

Among many fascinating tidbits, you will learn that the fort was never captured by enemies because of its position and design.  It was so imposing that the Germans used it for prisoners of war in both World War I and II, and only one person, American Jack Pringle, managed to escape successfully during World War II.

In addition to the formal visits, the fort is used for private receptions and events open to the community.    You can escape easily from those if you are so inclined, but the Gavi wine flows freely during such festive occasions, so who would want to? 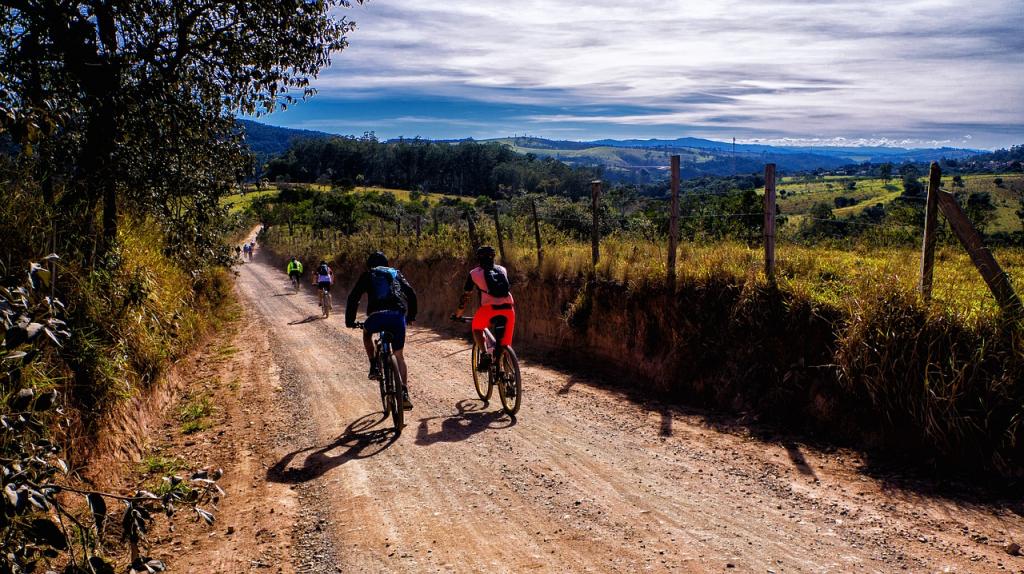 Escape of another sort is offered on Serravalle’s many cycling routes.  Cycling is part of the area’s DNA, since two of the greats of Italian competitive cycling were born here – Fauto Coppi and Costante Girardengo.   Like a sophisticated ski resort, the area offers routes geared to many levels:  families, beginners, well-trained amateurs, and serious professionals who relish up and down and hairpin curves.   Write for information to info@thinkserravalle.it.

The Campionissimi Museum dedicated to bicycles and cycling can be visited in Novi Ligure, less than five miles from Serravalle.  Inaugurated in 2003, the museum is one of the largest of its kind – about 32,290 square feet – with 40 different bicycles illustrating the evolution of this form of transportation, specialized bikes for knife sharpeners, bakers, and other jobs of the last century, displays honoring Coppi and Girandengo, and a history of the Giro d’Italia.    museodeicampionissimi@comune.noviligure.al.it

Athletic non-cyclists can enjoy a variety of sports including golf, hiking, horseback riding, and rafting. 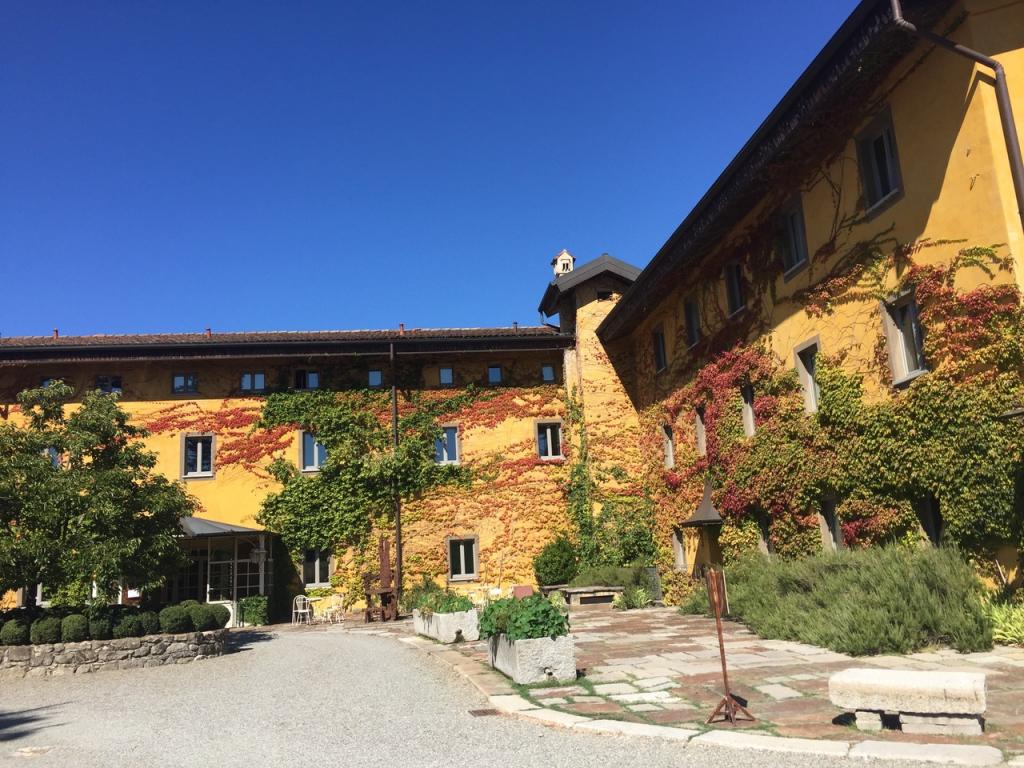 B & B’s and Hotels in Serravalle and close by

If you plan well when you tire of your chosen activity – be it shopping, sightseeing, or cycling, you can spend a long weekend sipping . . . at one of Serravalle’s celebrated wineries.   Many of them have added hotels, B & B’s or serviced apartments to their properties, and some of these are stunning.

Albergo L’Ostelliere Villa Sparina Resort is set in the midst of its own vineyards and offers a gym, Turkish bath, and a nationally-known restaurant, La Gallina.  A tour of its 17th century cantina is de rigore; your visit may be lit by candles and accompanied by snippets of Italian opera. 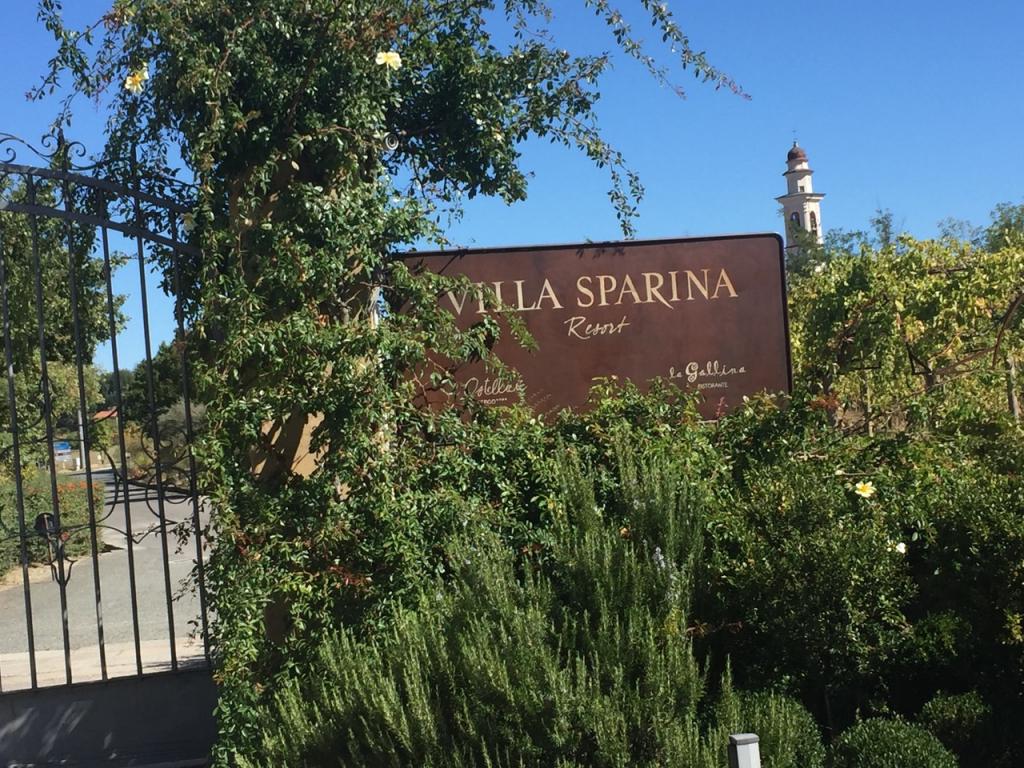 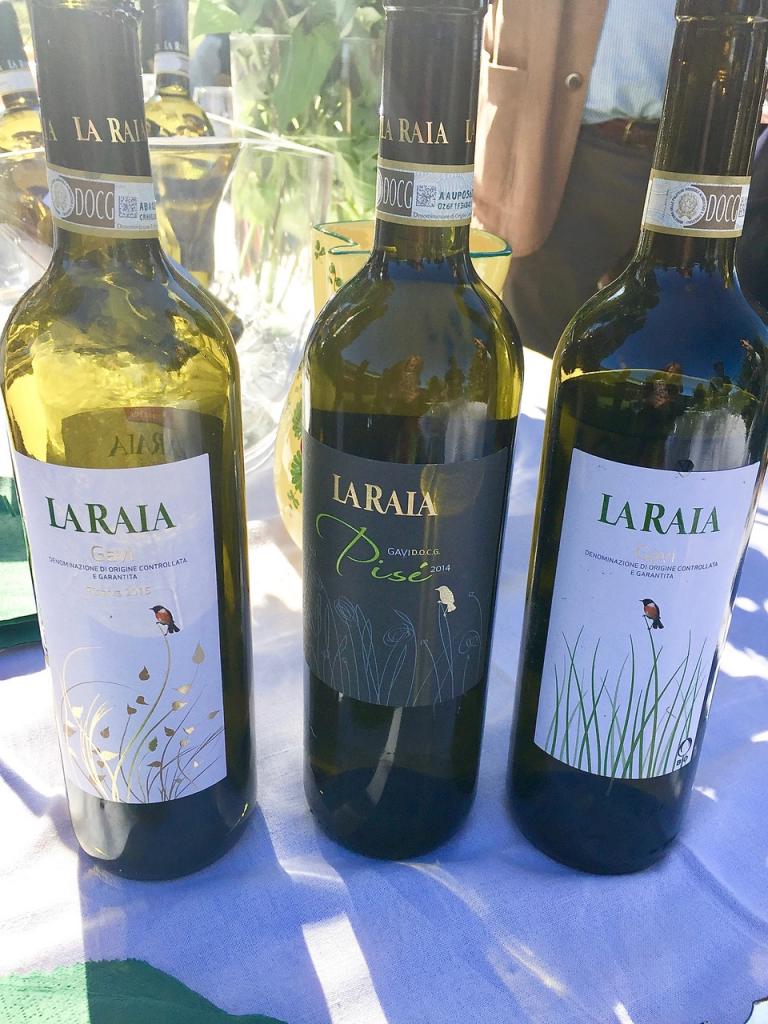 La Raia boasts the “biodynamic” cultivation of its wines, experienced best through an overnight stay (or more) in a choice of lodgings. The agritourism facility, Borgo Merlassino, consists of four apartments, each hosting from one to four guests.  The apartments are named for four of the honeys produced by the vineyard. Locanda La Raia is a separate structure with its own spa; it can be rented by the room or in its entirety (for family reunions). Cooking classes and afternoon tea are among the traditions to be savored here in all their caloric intensity.

Tenuta La Marchesa is a 12-room hotel de charme located on a beautiful 188-acre wine estate only 2.5 miles from the outlet center.  Guests enjoy a swimming pool in warm weather and a friendly, yet sophisticated, restaurant all year long. For example, a “truffle dinner” in October 2017 features black truffles in the appetizer and meat dish, and white truffles in the risotto, for € 50 per person.

If none of these appeals to you, browse the list of lodgings for hotels near Serravalle. The restaurants are such that you may not want to leave, but in case you do, check out the restaurants on the Think Serravalle website.

The problem with the food is that you may have to buy clothes in larger sizes when – or if – you actually wind up shopping at Serravalle-Scrivia.

Things to do in Serravalle Italy – Pin for Later: 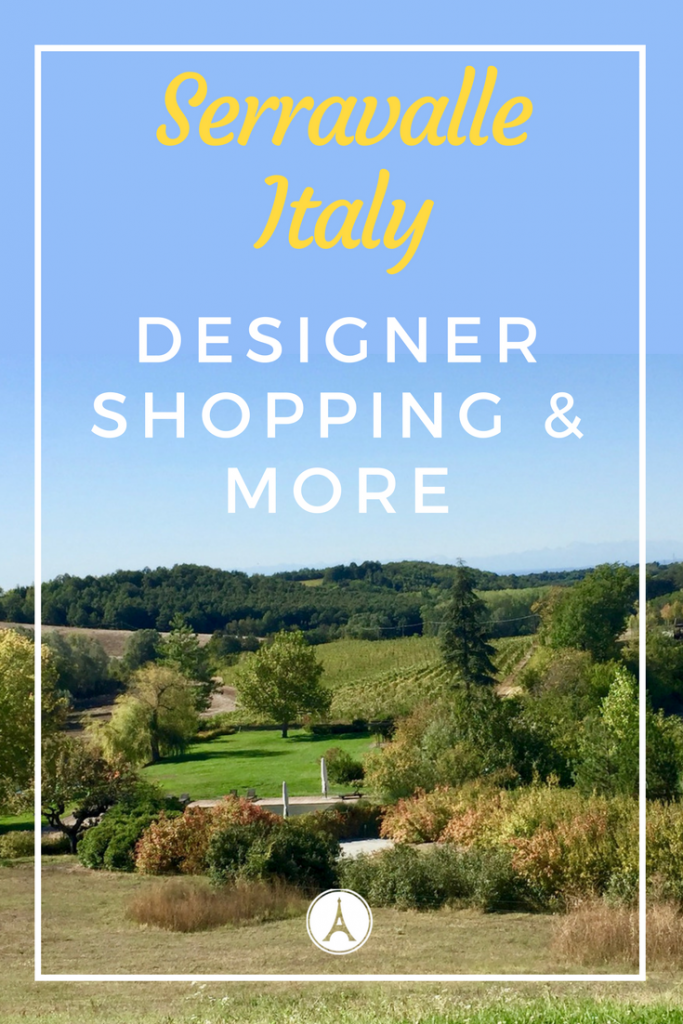