As a tiny nation that has been for around for centuries, it stands to reason things are sometimes a bit different here in Scotland. From unusual English pronunciations to men in kilts, a visit to the north of the British Isles can be an eye-opening experience. The Scot’s taste for the unique also extends to their cuisine. Here are some of the most common dishes; these are all tasty selections that you might find on your menu on your next visit. 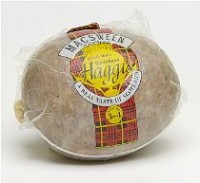 Simply speaking, haggis is sheep sausage. However, being more specific, it is a combination of sheep “pluck” (a nice word for heart, liver, and lungs), onion, oats, suet, spices, and salt. Tradition dictates the concoction is boiled in the sheep’s stomach before serving. You’ll mostly find haggis served with neeps (mashed turnips) and tatties (mashed potatoes), but you can also have haggis-stuffed chicken, haggis burgers or baked potatoes topped with haggis.
Stovies
Although the ingredients vary, based upon family tradition, stovies are essentially mashed potatoes and onions with some type of meat. In most restaurants you will find it served with sausage or minced meat. The fat or drippings from the meat are usually cooked within the potatoes to infuse more flavor. The word stovies derives from the French “étouffée”, meaning to “steam in a closed vessel”.

Cock-a-Leekie Soup
A very traditional Scottish soup to warm the body in winter, Cock-a-Leekie is made with leeks and potatoes boiled in a chicken-based stock. Legend says the unusual name comes from the tradition of cockfighting; the loser was thrown into the stew, with leeks for taste!

Scotch Broth
A hearty, thick soup, Scotch Broth can be readily found in cans in a Scottish supermarket. However, made at home or purchased, it contains barley, meat, carrots, neeps, and leeks. Traditional recipes vary the vegetables or the meat. 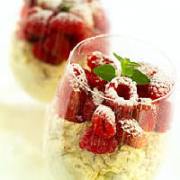 Cranachan
This is a traditional Scottish dessert, a mélange of whipped cream, honey, pin oats, whisky, and fresh raspberries (Scotland is known throughout Europe for quality raspberries). The oats are roasted and then combined with the cream and whisky before being topped on the berries.

So, next time you’re in a Scottish restaurant, order one of the these Scottish classics, don’t be shy with the unusual names – you might just enjoy it.

The Best Places to Eat (and Drink) in Edinburgh

[…] city’s legions of chip shops or baked potato joints, or want to sit down to a civilized dinner of haggis, neeps and tatties, there is both quantity and quality. While Edinburgh’s chip shops fall into the artery-busting […]

The Best Places to Eat (and Drink) in Edinburgh | EuropeUpClose.com

[...] city’s legions of chip shops or baked potato joints, or want to sit down to a civilized dinner of haggis, neeps and tatties, there is both quantity and [...]