Among the first things you hear when you arrive in Sardinia is a local exclaiming: “Look at our beaches. Look at our water. More beautiful than the Caribbean!” 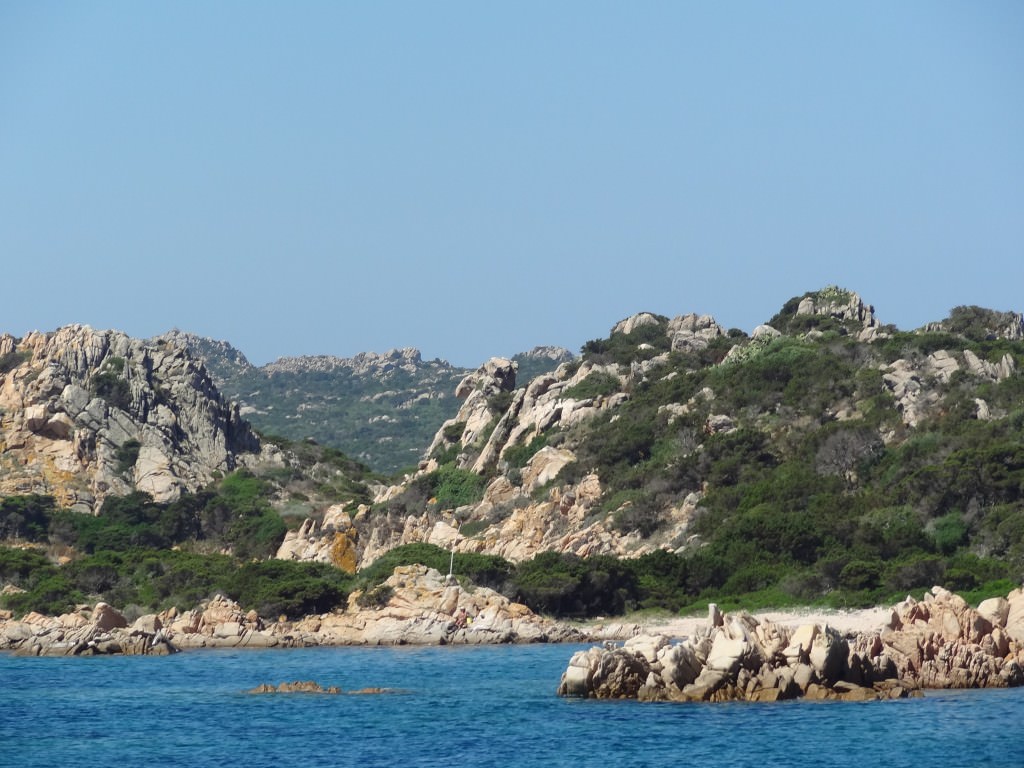 Typical landscape of the Maddalena archipelago

Usually the claim is made by someone who has never set foot on a Caribbean island so its validity is questionable, but you can understand why the assertion was made. The waters surrounding the second largest island in the Mediterranean are mutating jewels that shift from turquoise to aquamarine to sapphire. Sardinia itself is a sharply-etched collage of green and grey – a combination of verdant highlands and plateaus, juxtaposed with gunmetal rocks sculpted by wind and waves along the coastline. Population density is one-third that of Italy as a whole, so there is a lot more elbowroom to partake of all that natural beauty. 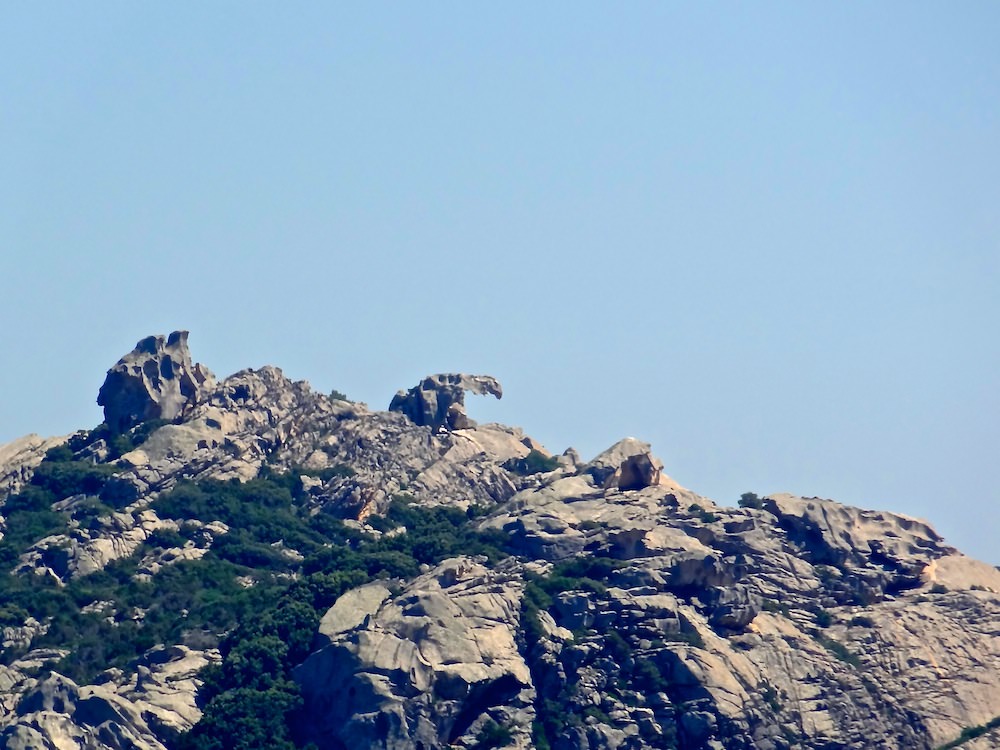 No surprise that the Aga Khan and other investors developed a 20-kilometer strip (over 12 miles) of beachfront in the northeast quadrant of the island as an exclusive luxury resort in the 1960s. Today the Costa Smeralda (Emerald Coast) hosts the most expensive real estate in Europe, with homes costing upwards of  €300,000 per square meter (more than $40,000 per square foot). The nearby airport in Olbia offers direct connections to cities across Europe, but most visitors to Porto Cervo and environs come by private jet or luxury yacht. Low key billionaires and high profile VIPs (including Madonna, Tom Cruise, the German soccer team, and Prince Albert II of Monaco) flock to this elite enclave in the summer, enriching the local economy and enhancing the island’s glitzy image.

But what about the 99 percent of us who lack private yachts and can’t afford hotels charging several thousand dollars a night? There is room for us too, as the Sardinian Tourist Board is eager to point out. The popular-priced southern part of the island, far from Costa Smeralda, is experiencing the fastest growth in tourism these days. The water is just as sparkling as it is points north, but the beaches (both rock and sand) are less crowded, and access is easily facilitated by the international airport at Cagliari, Sardinia’s largest and most important air hub. 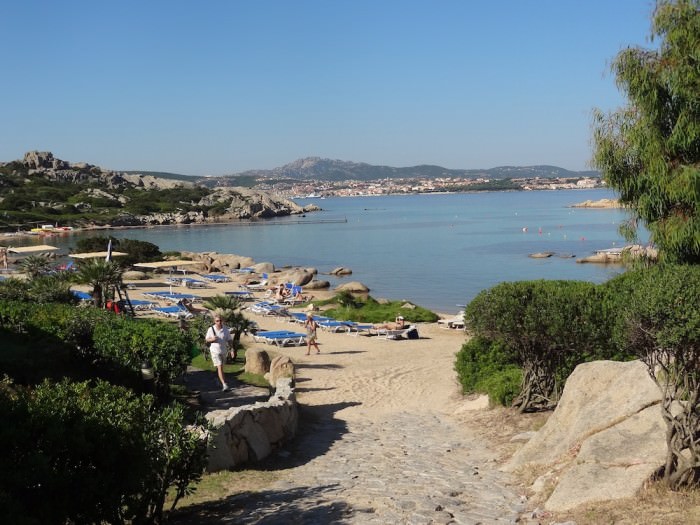 If, however, you are intent on a Porto Cervo-like experience without the price tag, start at the waterfront town of Palau, 30 kilometers (about 18 miles) northwest of Porto Cervo. It is the jumping off point for La Maddelena archipelago, a cluster of seven islands and numerous islets dotting the clear waters between northern Sardinia and southern Corsica. A ten-minute boat ride brings you to Santo Stefano, one of the archipelago’s three inhabited islands (the other two are Isola Maddalena and Caprera). 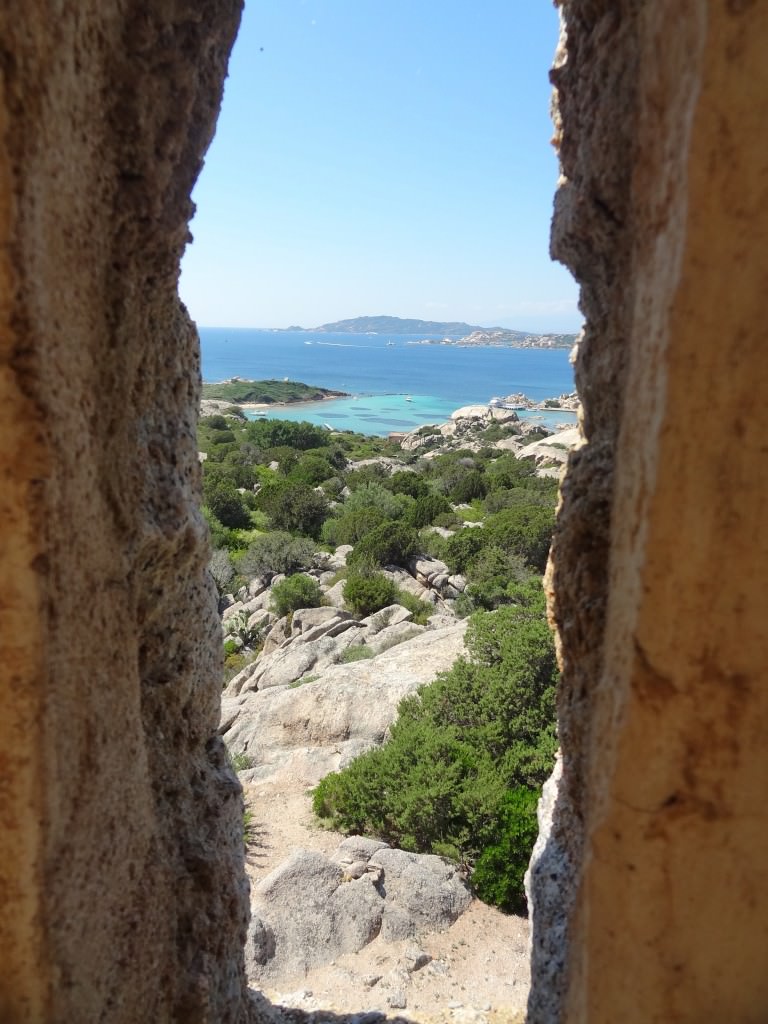 Unlike the island of Maddalena, which has a little town and about two dozen hotels, or Caprera, a natural reserve with a sailing school and no overnight accommodations, Santo Stefano’s three square kilometers host one privileged hotel, the ClubViaggi Santo Stefano Resort. 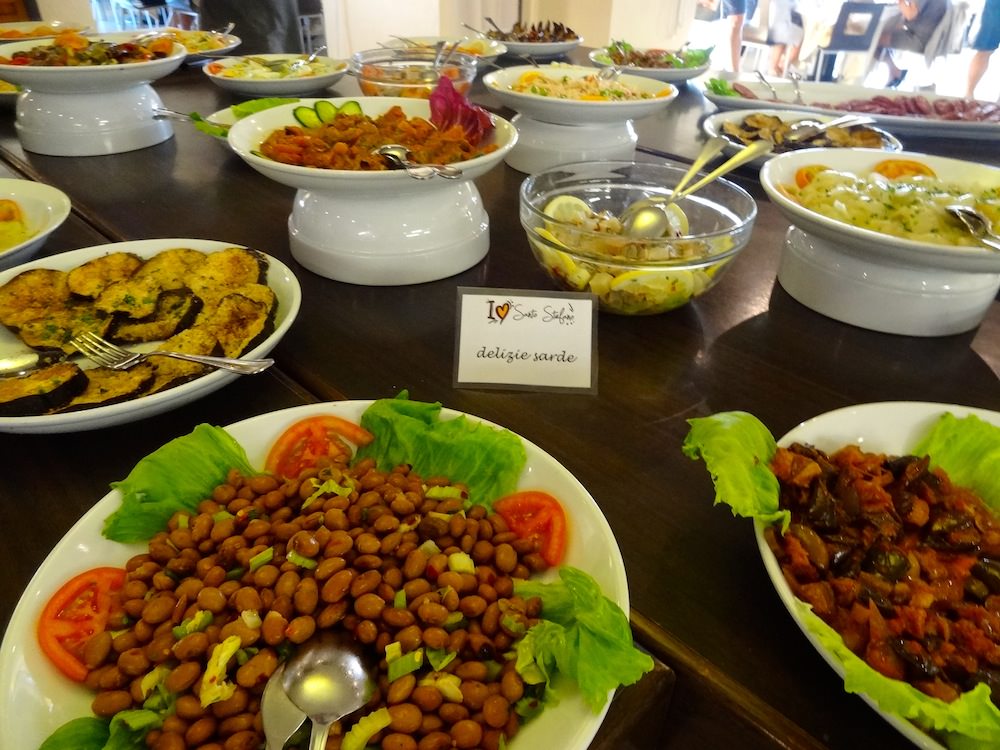 Guests at this resort have the island to themselves. The US military had maintained a base on the western side for 35 years, but left in 2008. Three centuries earlier, the French had constructed a fort on the island; Napoleon had used it as a base to attack La Maddalena. The remains of the structure, now known as the Fort of Napoleon, can be explored freely by those willing to tear themselves away from the beach, tennis courts, and dolce far niente of the 309-room village. 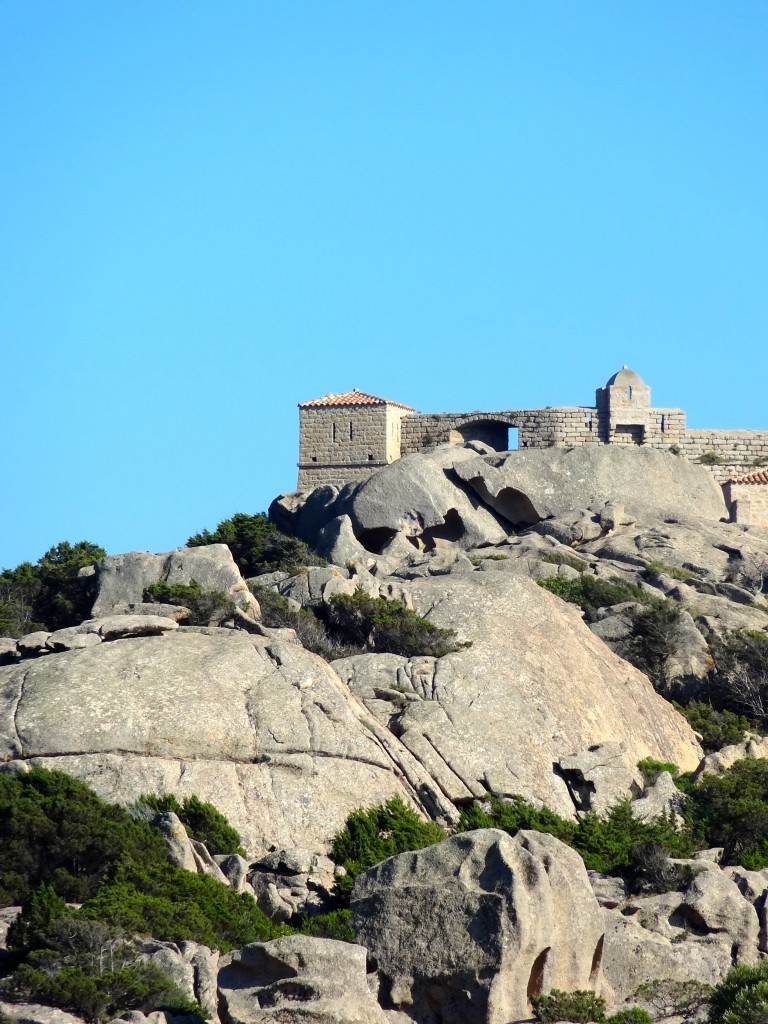 The Santo Stefano Resort was taken over by Uvet, a leading Italian travel company, in 2013 after its previous Italian owners had gone bankrupt. While the position of the village is five star spectacular and its newly-revamped landscaping is four star, the short period of ownership has made for a number of rough edges. Rooms are small and Spartan, lacking basic amenities like towel hooks and door mats. The buffet meals are ample and attractively displayed, but the food itself is steam table fare. The “Friends” (this resort’s equivalent of Club Med GOs) live up to their name in amiability, but lack the polish of their French counterparts. Housekeeping skills leave a lot to be desired. Nightly entertainment can be excellent, but the first-class stand-up comedians are strictly for an Italian audience, and a sophisticated one at that. Still, a week here is € 800 per person ($1,100) and a child under 18 sharing a room with parents is FREE. That is excellent value for a summer vacation spent a stone’s throw from the glitterati of the Emerald Coast. Some say this beats the Caribbean any day.

Written by and photos by Guest Author Claudia Flisi  for EuropeUpClose.com. Claudia Flisi is an award-winning writer based in Italy. She has two passports, two multicultural sons, two bicultural dogs, and one quintessentially Italian husband (one is enough). For more information, visit her website.

The author has visited Sardinia five times, both independently and comped, most recently as a guest of Uvet.