Muster the word ‘Pamplona’ and chances are your first thoughts will have something to do with “Bulls” and “Running.” Yet there’s so much more to this aged, fortified city than the Running of the Bulls, without doubt one of the most revered and infamous calendar events on the planet. As the wide eyed traveler will discover year-round, a visit to this proud old hub will yield so much more than a cacophony of angry bulls and sangria-fueled scores trying to avoid being gored. 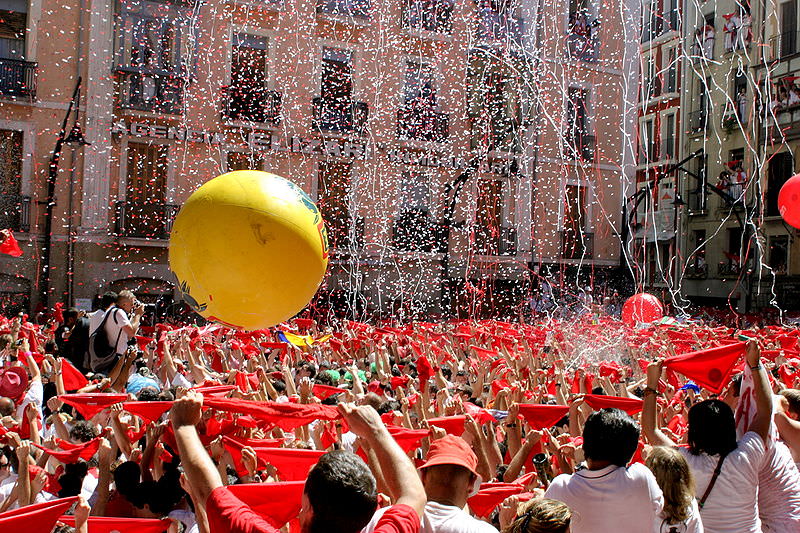 Yet that’s not to say that the world famous and much loved “encerrio”, showpiece of the San Fermin Festival held between July 6th – 14th each year, is anything but a tantalizing experience. To witness mobs in white shirts and red handkerchiefs relishing in local brew before risking life and limb at the mercy of a train of enraged bulls is certainly a spectacle unlike any other. Legend has it that the bull-run originated sometime in the 14th century, where owners would provoke their cattle in order to speed up their delivery from marketplace to pen. The sight of angry bulls charging their provocateurs proved entertaining to many a pedestrian, sparking a fresh tradition that would continue for centuries to come.

By then, Pamplona, located in the Spain’s Basque region (90 kilometres south of San Sebastian), had already developed many a tradition. The settlement began as outpost for Roman nobility dating back to 75 BC and was transformed later into a fortress in the early Middle Ages. Nourished by centuries of vibrant action and upheaval, Pamplona’s air greets the foreign visitor with lingering scents and visions of a rich, tumultuous history. 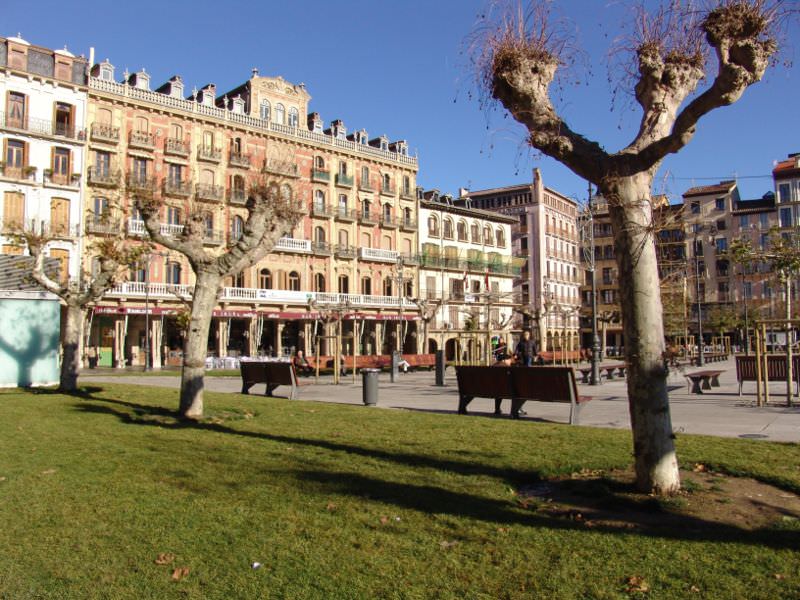 The first time I breathed in that musty air I was suffering dearly on the very first day of the Camino de Santiago, the popular 500-mile trek from the East of Spain to the West. Beginning in Roncevalles, 46km east, it was late afternoon by the time I hobbled with chafed, bleeding thighs into the center of Pamplona; every hostel in town had taken on the role of an infirmary, choc full of Camino pilgrims with a wealth of pains and injuries of their own. While I cursed myself for having walked so far in one hit, the fortified walls of Pamplona proved a sight for sore eyes, and a fine resting spot for remarkably sore legs. Toasty Spanish sun baked the musty dry town bricks as locals purchased milk and bread from quaint, compact stores; mustachioed men swilled cerveza by the Town Square, and siestas rejuvenated townsfolk behind wooden shutters lining cloistered alleys. 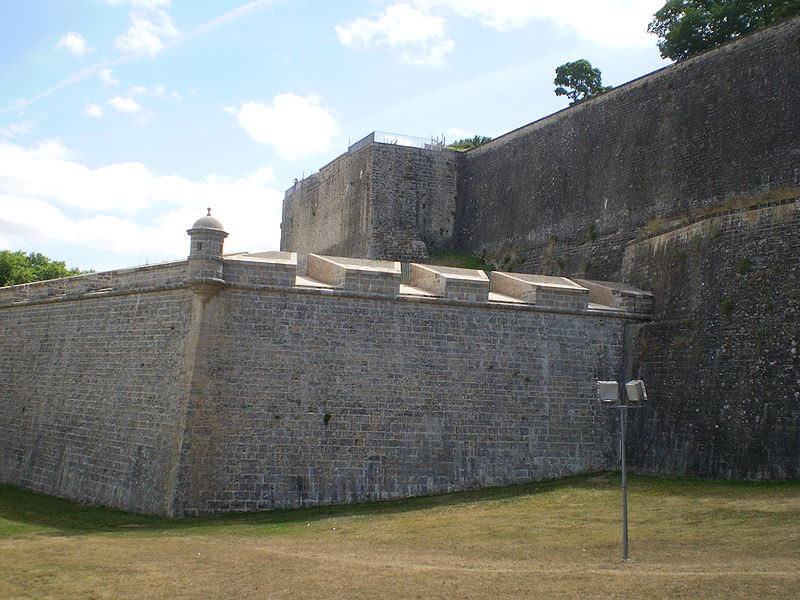 Replete with rows of archetypal four-story Spanish complexes, dusty brick with wrought-iron balconies, the architecture of Pamplona’s Old town (Casco Viejo) is a sight to behold. Religious icons, the San Lorenzo and San Saturnino Churches are a visual treat, as is the imposing Pamplona Cathedral, Casali Palace, and the vast Plaza del Castillo. Monumento a los Carlos, built in memory of the fallen of the Spanish Civil War, is another compelling sight to absorb. Whatever you’re opinion of bullfighting may be, the Plaza de Toros, a 19,000-seat arena, is Pamplona’s major spot in town to witness a matador and a bull go head to head. It’s a brutal yet undeniably unique and iconic Spanish idiosyncrasy.

At dusk, quaint bars fill with locals, cerveza and red wine, and local specialty ‘pintxos’ as streetlamps bathe the humming Casco Viejo in a sultry amber hue. Just a short leap away from the evocative historic quarters, the city’s nooks buzz with leisure and pleasure, abundant in lush reserves and leafy green recreation areas. The Autumnal shades and sculptures of  Taconera Park is a particularly romantic spot to relax, unwind and take in the intricate architecture. 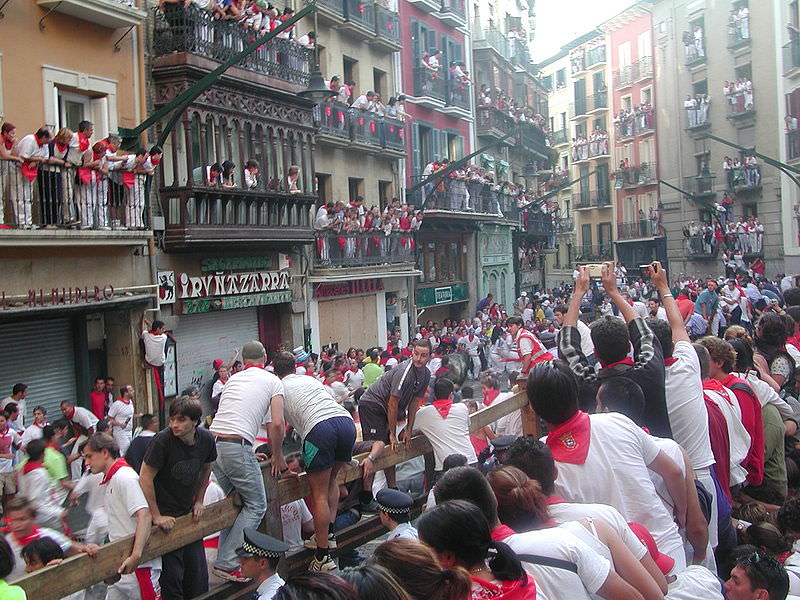 Pamplona affords a pace for everyone— a space to stroll and smell the roses, to run from angered cattle in a frenzy, to soak up, relish in, be seen and to marvel at. On your next adventure to Spain, make Pamplona a priority; smell the air and experience the rich vibe of this glorious historic stalwart.

And if you’re walking the Camino de Santiago, be sure to take your time in getting there. In the city of the running bulls, there’s no need to rush.

Thank you for sharing the information on Pamplona. Hopefully I will walk the Camino Frances next year and will take advantage of your recommendations. It will be in the spring though and I will miss the "Running With the Bulls".

Running With The Bulls Festival only promotes the tortured killing of animals. There are so many colorful festivals in Spain, I would not go to Pamploma to see this.