Where you end up matters almost as much as where you begin. After days on the Trans-Siberian railway, eating instant noodles and watching Siberia flick past the windows, you have one final choice: where will you finish? A traditional Trans-Siberian ticket ends in Vladivostok. A few miles past Lake Baikal, the track splits; one route continues east, and the others leave Russia. While maintaining a steadily Russian vector has some romance, dipping south gives perspective. The rails have run for thousands of miles, crossing disparate landscapes, to end in Asia. Trans-Siberian travelers choose one of three ends: the Russian coastline, ice-capital Harbin, or China’s cultural heart, Beijing. 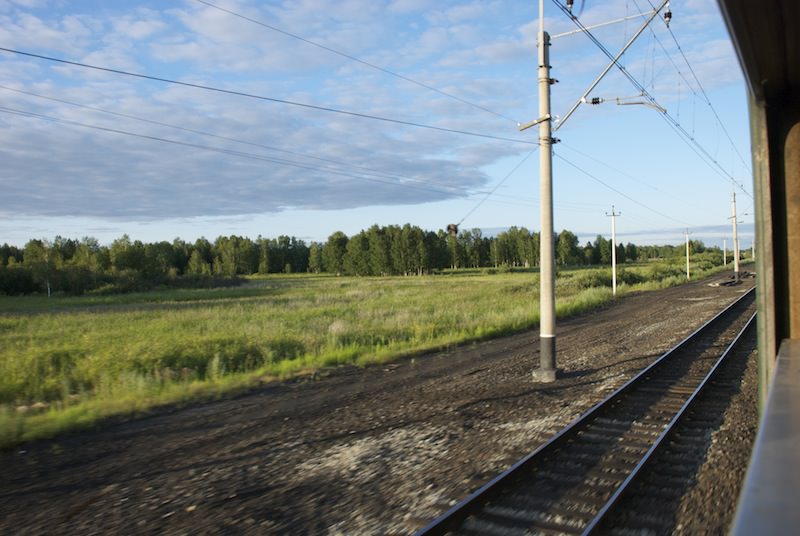 The traditional route continues east after Lake Baikal. Just past the lake, the train enters Buryatia. As one of the semi-autonomous regions granted to Russia’s ethnic minorities, Buryatia has a distinct culture. Traditionally nomadic, the Buryat people are descendants of the Mongols. Many practice a form of Buddhism similar to Tibet’s.

Russian Buddhist worship centers around Ivolginsky Datsan. The monastery complex is a day trip from the city of Ulan-Ude, one must-see city on the Vladivostok route. The burial place of a revered lama, Ivolginsky Datsan also has an active Buddhist university and museum. Robed monks and prayer wheels will remind you that, although you’re still in Russia, you’ve left behind much of its European trappings. 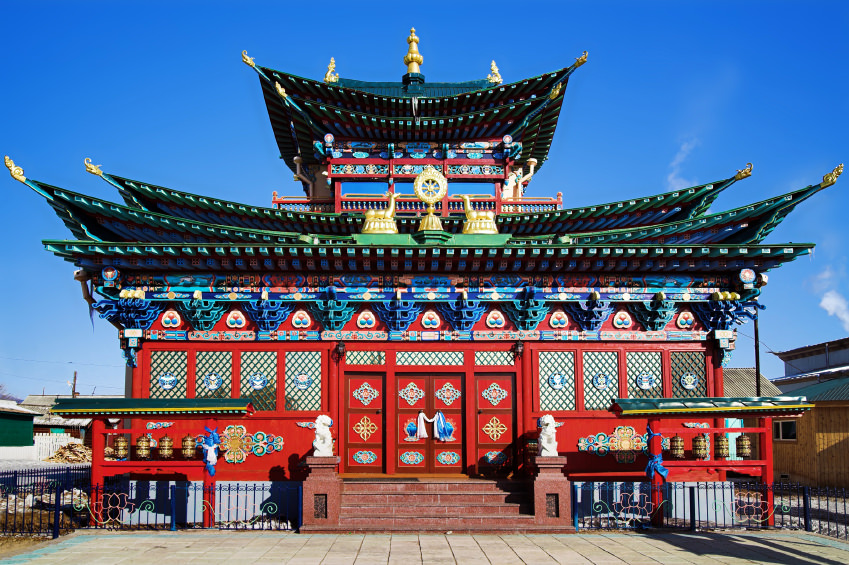 Temple of the Pure Land in the Ivolginsky Datsan, Buryatia, Russia

Friendly Ulan-Ude is the gateway to the temple, and also to Lake Baikal’s remote eastern shore. Visitors can learn more about the city’s unique cultural mix at culture and history museums. Although the city might seem Asian, Russian reminders preside: the gigantic head of Vladimir Lenin, cast in bronze, frowns over central Soviet Square. 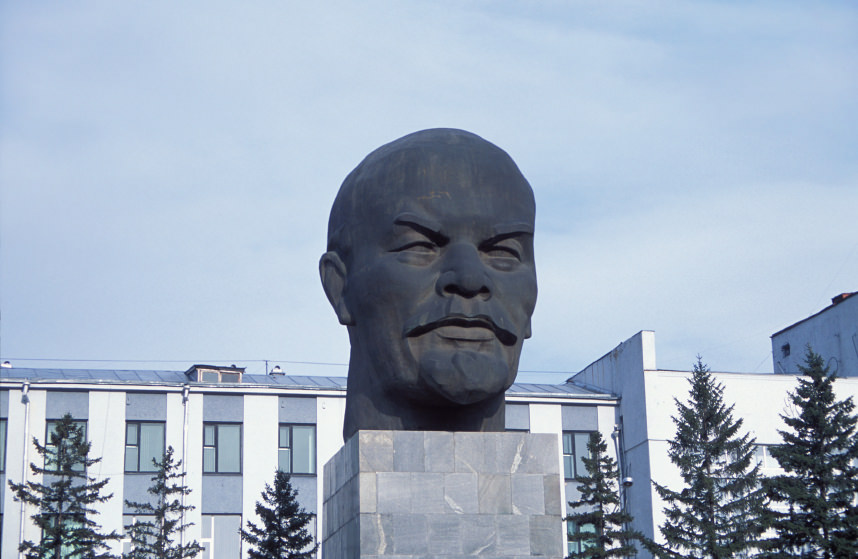 Past Ulan-Ude, the train chugs through the cities of Chita and Khabarovsk. It curls around the northern tip of China and slides south toward the sea. The express Rossiya (train #2) terminates at the port of Vladivostok.

Vladivostok perches above North Korea. At the edge of China’s northernmost reaches, leaning out into the Sea of Japan, the city has been a naval and shipping center. Its utilitarian history doesn’t say much for Vladivostok as a tourist destination. However, Vladivostok has a natural history museum and a waterfront, enough for a day of wandering.  Asian and European cultures have mixed here for decades; this makes Vladivostok a perfect finish for Trans-Siberian travelers who, within Russia, have crossed 9,000 kilometers and two continents.

Vladivostok has onward travel options, including car-passenger ferries to Japan and Korea. For those travelers looking to return to Europe, it also has an airport with daily flights to Moscow. Americans might want to consider simply continuing around the rest of the globe; having come this far, you’re halfway home.

The second set of train tracks drop into northern China. Sometimes referred to as Manchuria, China’s extreme north-eastern corner has been a place of shifting allegiances. The Manchu, who had a separate culture and language from the Chinese,  ruled China for several centuries as the Qing dynasty. Overrun by Japan during World War Two, Manchuria became a puppet kingdom. It remains a bit of a frontier.

The train heads for Harbin, the largest city in Heilongjiang province, which borders Russia. In the 19th century, Russia struck a deal to build a railroad through northern China. As the heart of the rail project, Harbin became a transit hub, attracting Russian and Jewish immigrants. Many Russians also fled to Harbin during the 1917 revolution, giving the city a large foreign population. Immigrant numbers have diminished in modern times, but the Russian influence is obvious in the architecture of St. Sophia’s Cathedral, whose Orthodox domes look like they belong in Moscow. 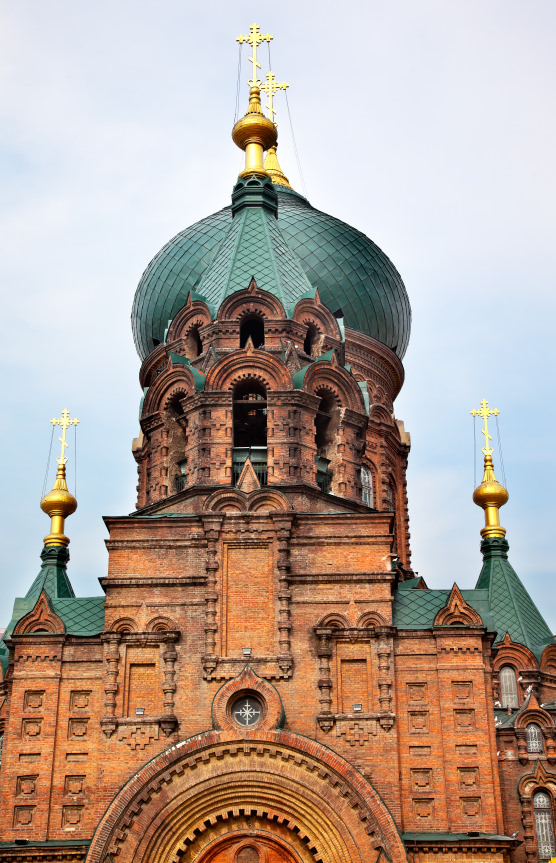 In December, Harbin glitters.  Green and red lights melt through castle turrets. The annual ice festival is a fantasyland of frozen sculpture. For winter Trans-Siberian travelers, the ice festival can be a diversion from the long emptiness of Siberia. Train #20 runs to Harbin via Chita. From Harbin, travelers can connect back to Russia, or continue south to Beijing.

Want proof of just how far you’ve come since Moscow? Nothing changes perspective like the Great Wall of China.  Travelers who started in the heart of Europe disembark into another world.

Train #4 runs south from Lake Baikal through Mongolia. The dusty capital, Ulan Bator, makes a good place to catch your breath – and a bus to the steppe. Treks into the Mongolian countryside reveal a landscape and culture that influenced Russia and Europe centuries ago. Although the Golden Horde no longer menaces Moscow, its influence on much of Russia remains. Many NGOs run tours of the Mongolian steppe or the Gobi Desert, although some are more reliable than others. 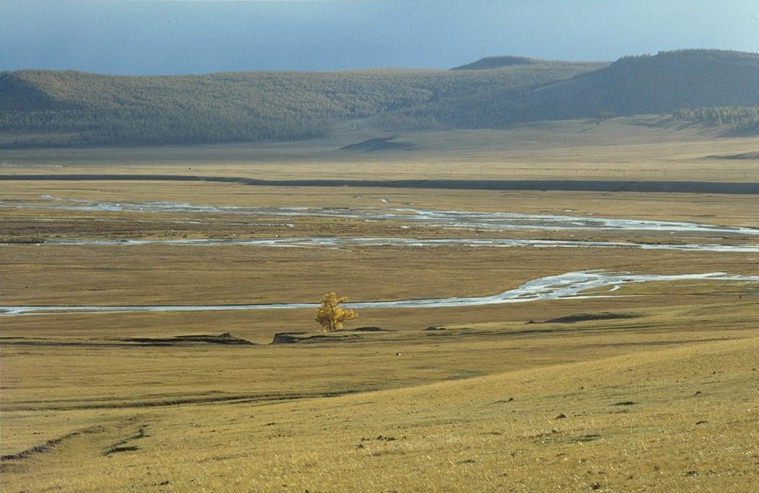 From Ulan Bator, you’ll pass into China and on to Beijing. A whole new culture awaits, thousands of miles from the domes and plazas of St. Petersburg. Onward travel options include trains throughout China and flights throughout in the world.

For ideas about where to stay in Moscow, see our Editor’s Picks for Moscow.

I am planning to do this trip in 2016. Was great reading about your impressions; especially the trans-mongolia section. Thanks, Tim

Riding the Trans-Siberian Railway: The End of the Line | Caitlin Dwyer

[...] Up Close on how to ride a train across Siberia, based on my experiences in 2010.  Here’s the most recent article – links to the previous are at the bottom. Share this:EmailPrintLike this:Like Loading... [...]