For a small city of only about 200,000 people, Reykjavik has a disproportionately large number of restaurants and bars. You’ll find the classics of Icelandic cuisines, new twists on local traditions, and international dishes from places like India, Nepal, Mexico, Spain, China, Japan, and Italy. 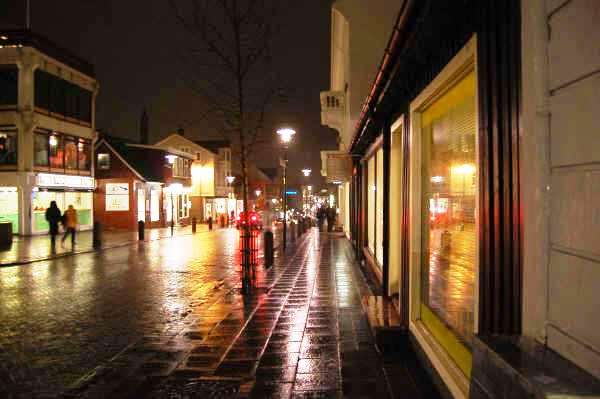 Dining in Reykjavik can be expensive, with entrees at the trendier Icelandic cuisine restaurants costing between 2700 and 4800 kronur. Ethnic cuisines can surprisingly provide a better value, as they are generally patronized by a more local crowd while tourists flock to the establishments of big-name chefs. Here are some the best dining options in Reykjavik, Iceland – at every price.

A dinner for two with wine (which runs at least 4500 kronur per bottle), appetizers, entrees and dessert will cost between $200 and $250 US. 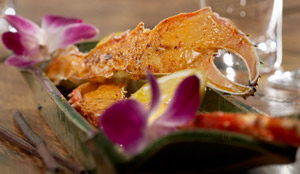 Fish Market’s head chef trained at a Michelin-starred restaurant in Luxembourg before returning to her homeland to open her own restaurant. It features upstairs and downstairs dining rooms, a sleek raw sushi bar downstairs and a stylish lounge upstairs. Dinner is served daily (reservations are recommended) and lunch is served weekdays. Fish Market’s menu mixes Icelandic recipes with Asian influences to come up with dishes like lightly grilled whale meat with foie gras and yuzu, grilled puffin served with mango and coconut, and deep-fried monkfish and monkfish cheeks with water spinach. Appetizers run about 2700 kronur and main courses are around 4500, or you can opt for a multi-course tasting menu for 8900 kronur per person. 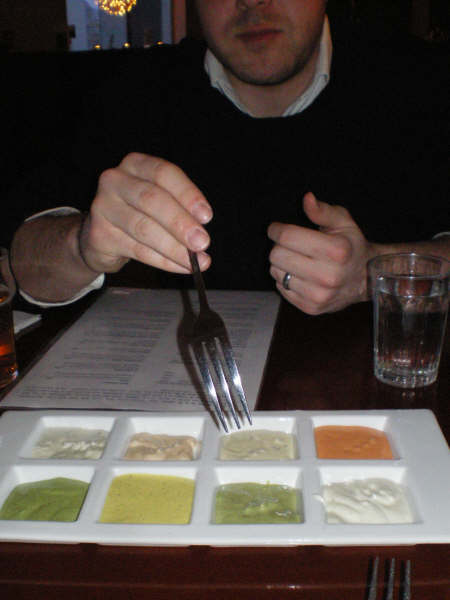 This “organic bistro” located near the harbor is no-frills – customers order at the counter and fetch their own utensils and water. The menu changes daily but always has a selection of at least three kinds of fresh fish with choices like haddock, wolf fish, cod, and halibut running about 900 kronur for 2-3 large pieces. The fish is battered in a barley and spelt mixture and deep fried. Accompaniments start at 450 kronur and include baked chips (fries), onion rings and salads. They also offer a range of flavored dips made from skyr, the ultra-low fat Icelandic yogurt. Beers here are some of the cheapest around, at just 500 kronur for a local Kaldi. 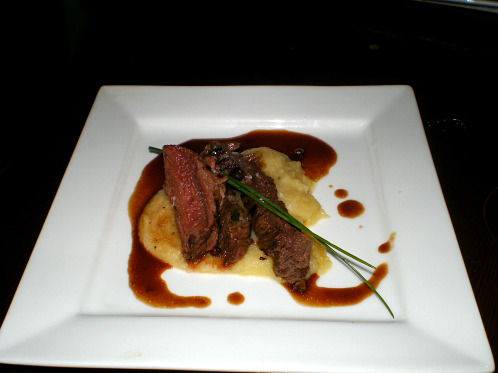 Tapas Barinn offers the perfect solution for those looking to try some Icelandic cuisine, but who don’t want to commit to a full entrée or who don’t want to spend too much. Icelandic specialties like puffin and whale are served alongside less daunting seafood options like grilled lobster and scallops and traditional Spanish tapas like patatas bravas.  Most dishes run around 1000 kronur each for a tapas portion (4-5 bites). House wine by the bottle is 4000 and the fresh-made sangria is under 3000 kronur for a large pitcher. Locals and visitors alike crowd in on the weekends, so come early, make a reservation, or be prepared to wait.

At these low-cost places, you can grab a light meal or hearty snack for two for under $20 US.

Eld Smidjan –
There are pizza restaurants all over Reykjavik offering carry-out or dine in pies and slices in a bare-bones atmosphere. Eld Smidjan ups the ante a little with polished wood floors, cozy nooks, a library of Icelandic books, and table service. 10-inch pies start around 1000 kronur. Add in a small order of cheese bread and you’ll have a filling meal for two for under 2000 kronur. Beers are also available but priced on par with other establishments, at around 600-800 kronur each. Take-out is also available. 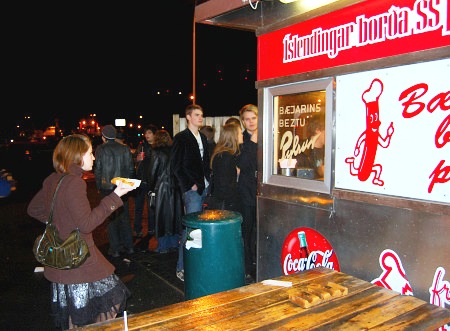 If there is a national food of Iceland, it would be the hot dog – made with lamb and sold at convenience stores, petrol stations, and stands around town. The most popular place to get one is at Baejarins Beztu Pylsur, a small stand by the harbor, which once served former President Bill Clinton. There’s nearly always a line but it moves quickly. One “with everything” includes ketchup, mustard, gravy, remoulade, and raw and fried onions. At just 250 kronur each, you’ll want to order a few. 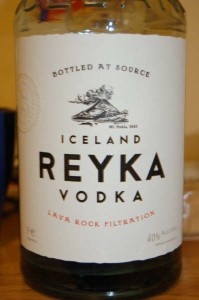 Alcohol is extremely expensive in Iceland. Upon arriving at Keflavik airport, locals and residents alike stop at the duty-free shop to stock up on liquor and wine. A liter of the locally-made Reyka vodka that costs 2000 kronur at the duty-free can be as much as 6000 kronur in the city store. Prices in wine have less disparity but you can still save by stocking up here.

Reykjavik shuts down fairly early Sunday through Wednesday nights, but on Friday and Saturday (and to some extent, Thursday), stylishly-dressed residents take to the streets to let loose in the runtur – or “round tour”, a pub crawl. After dinner, they retreat home to enjoy a few less-expensive cocktails, and then head to the bars, many of which were restaurants and cafés just hours earlier, around 11pm. They dance and socialize, often nursing one or two pricey drinks all night, until around 5 in the morning. Then they hit the hot dog stands and pizza parlors for a post-party snack before tottering home as the sun comes up.

Written by and photos by Katie Hammel for EuropeUpClose.com