Prejmer is a village in Romania’s Transylvania region that has the biggest and most spectacular example of a medieval fortified church in the country. Inhabitants of this part of Transylvania used to be so frequently plagued by marauding invaders that they built thick walls, lined with chambers, around their churches, and would live in these walls in times of danger. They would keep a lookout and repel aggressors with arrows and boiling oil, until they could return to their village homes. 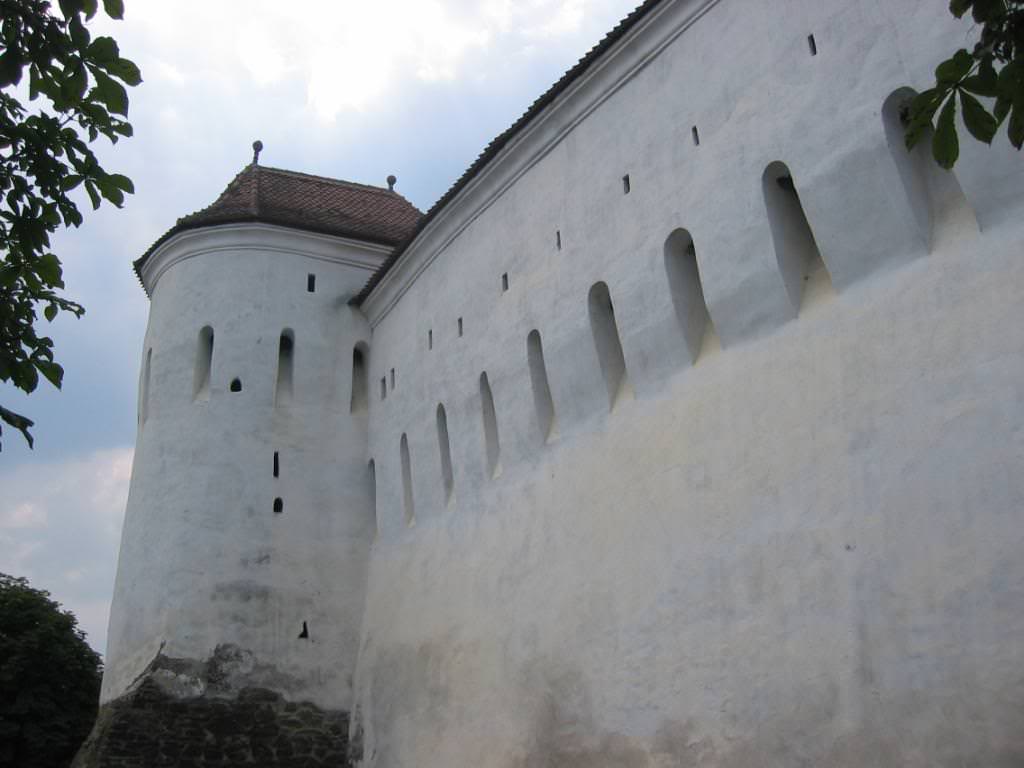 Prejmer’s gorgeous church is surrounded by a wall that is 500 years old, in great condition, and full of 275 small dwelling places. In fact, each family in the village still theoretically has the right to use its own space in the wall. 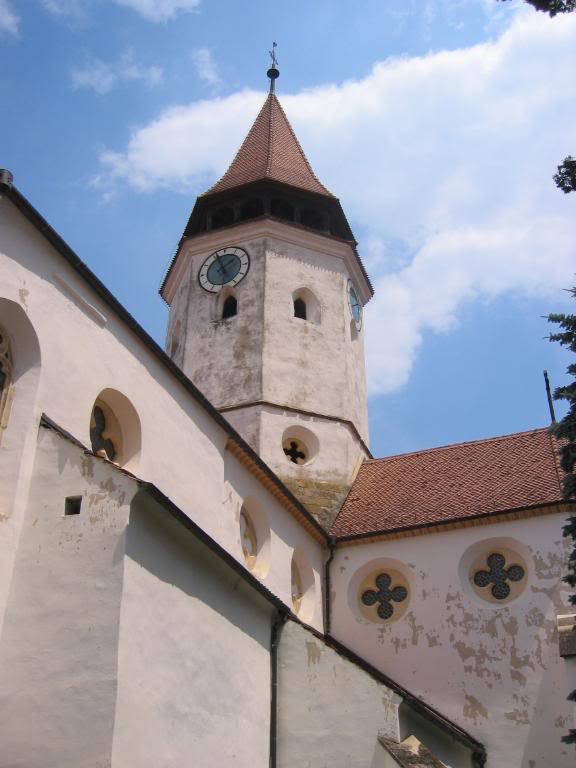 The inhabitants of this part of southern Transylvania were German-speaking settlers – traditionally known as “Saxons.” Their invading foes were mostly Tatars from what is now Russian territory, who launched various attacks from the 13th to the 18th centuries, or Turks, who started raiding the region in approximately 1400 and only left it alone once the Habsburg Austrians took over in the 1800s. When under threat, the Saxons developed the habit of withdrawing into the fortifications that surrounded the village church – typically at the settlement’s highest point – because of the impossibility of protecting their entire village. 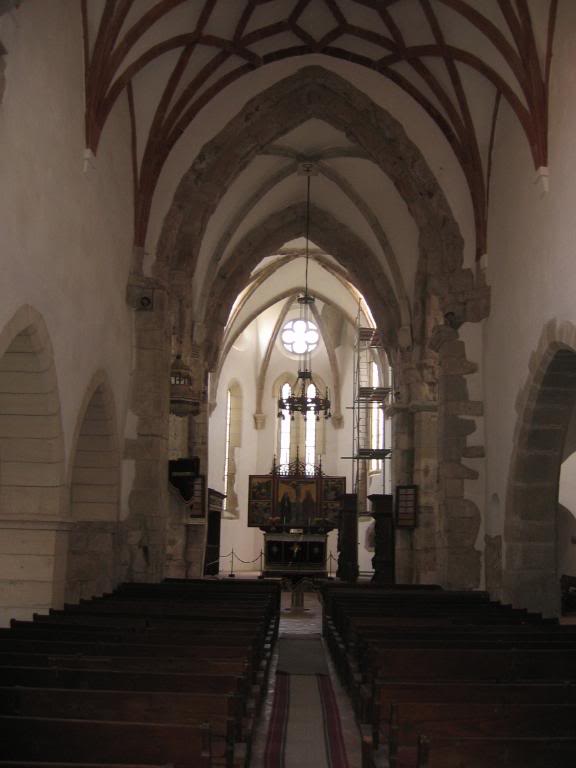 The chambers are arranged on top of each other and connected with wood staircases. There was always enough food squirreled inside the walls for people to survive for a week. There was also a well, and a tower containing pig fat from which each family would carve off its portion every few days. 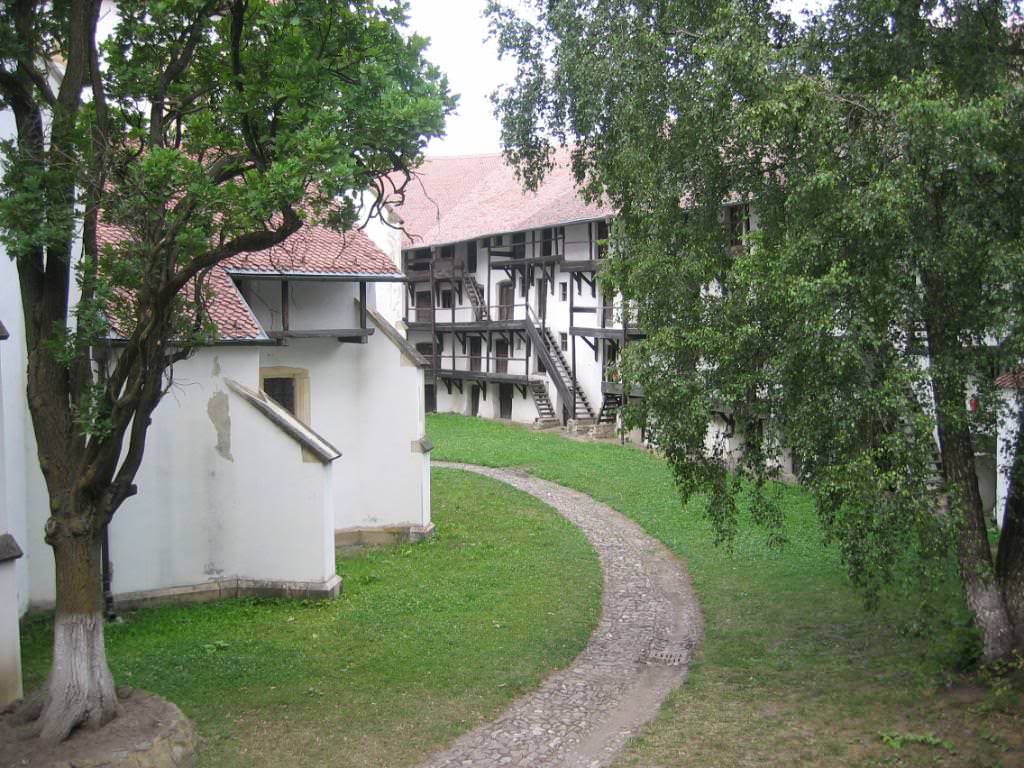 Of the roughly 300 villages that built fortifying walls around their churches in this way, there are about 200 where the walls still can be seen today. But Prejmer has the highest towers and the thickest walls. That’s mostly because the location of this southeast Transylvanian village – whose existence was first recorded in 1211 – made it especially vulnerable to invasion. In fact, Prejmer’s fortifications were attacked on 50 occasions, but never conquered. 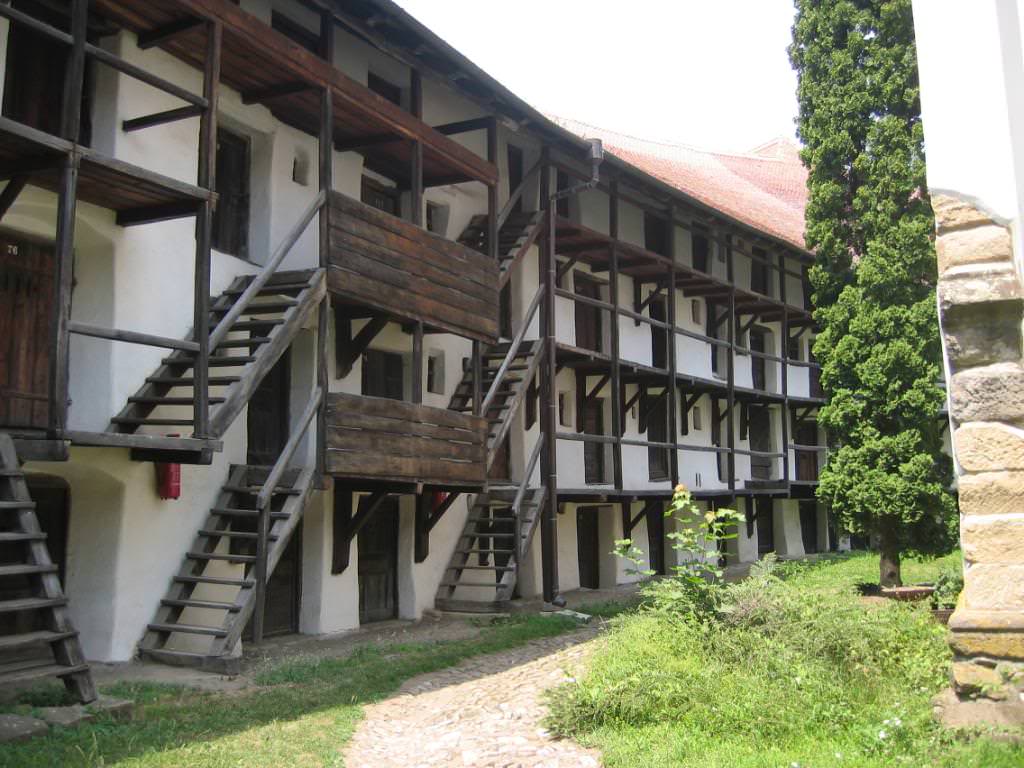 Two concentric walls were constructed around Prejmer’s church during the years 1425-1505, but the outer one has been reduced to fragments while the inner one remains intact. Its thickness varies between five and six meters and the highest parts are 14 meters tall. It has five bastions at various places around its circumference, including a huge one on the west side that is six floors high, dating from 1494. 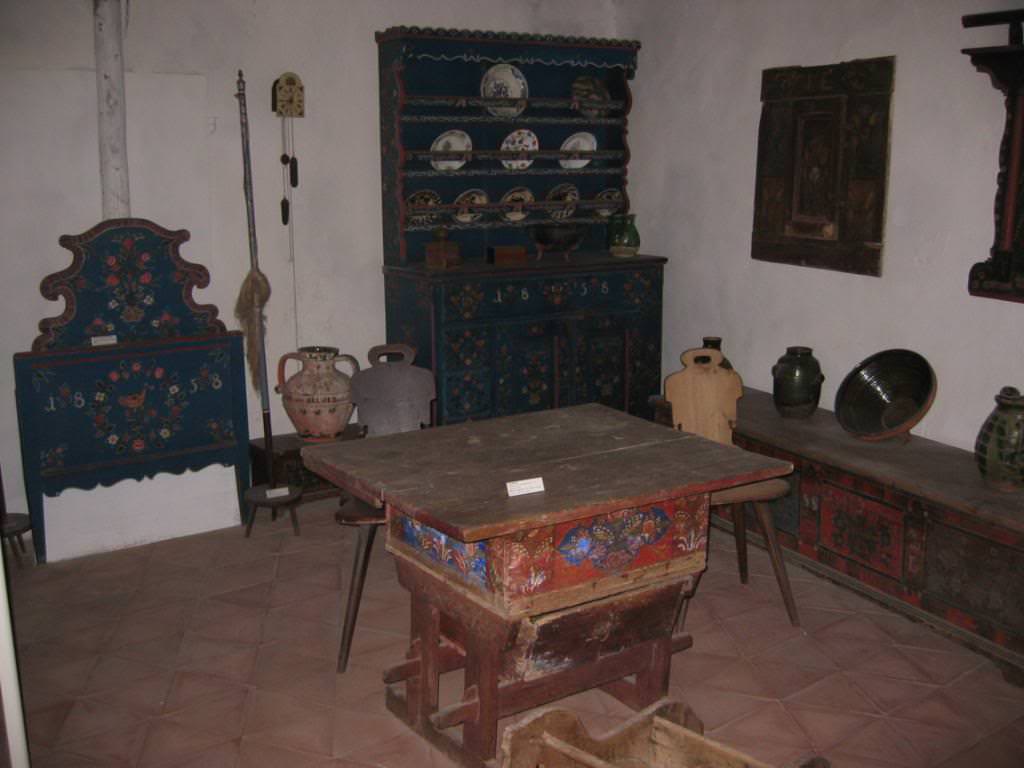 To pass through into the middle of the complex, you walk through a 32-meter entry gallery. At the midpoint, look up and you can see a portcullis ready to descend from the ceiling. It’s made of oak wood, reinforced with iron. Right before reaching the interior courtyard, you see a small side yard where there was once a bakery. 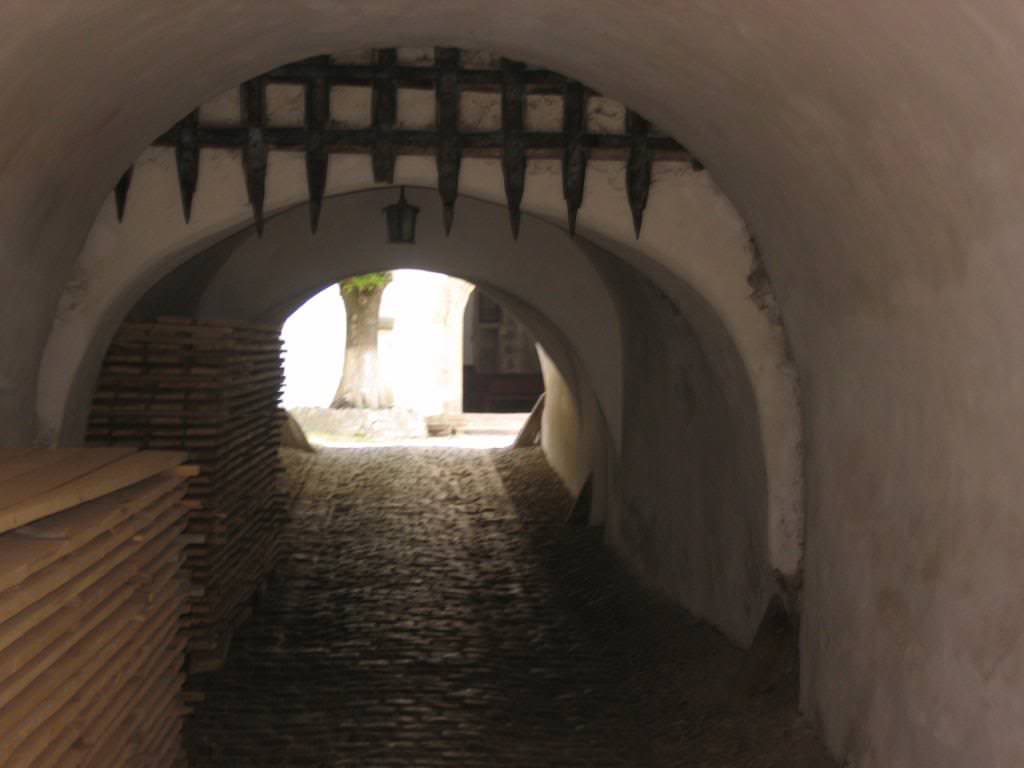 No fewer than 275 tiny rooms line the walls surrounding the courtyard. In some of them, you can see traditional items on display including painted furniture, clothes and ceramic items. In one chamber, a village schoolroom has been reconstructed, showing how children would continue their lessons even when under siege. 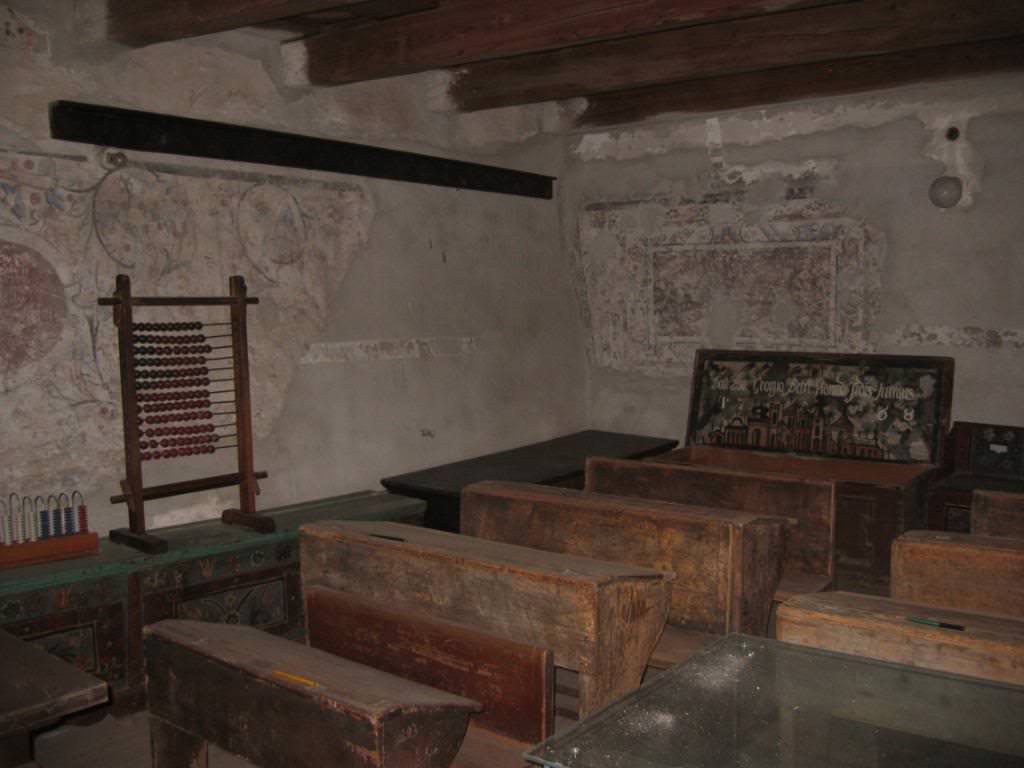 The elegantly simple church in the middle was constructed from 1218 to 1461. Construction was started by Teutonic Knights, but after they were expelled in the 13th century, work was taken over by Cistercian monks based at a nearby monastery. It was the monks who created the beautiful round-lobed and arched windows. The tower was the last element of the church to be built. 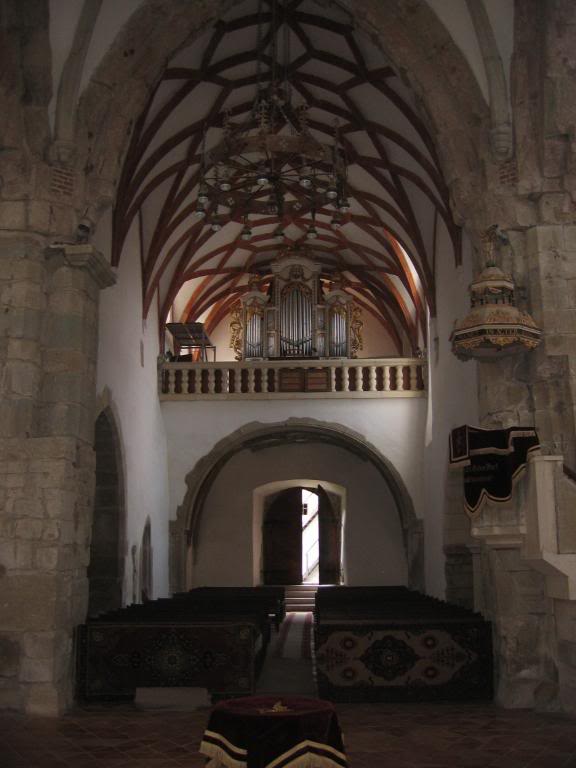 The multi-panel religious painting – or iconostasis – that forms the focal point of the church is a well-preserved piece of Gothic art from 1450-1460. It depicts Christ’s Passion, with vivid blood showers falling from Jesus’ arms while he agonizes on his cross. The church is still in use and observes the Lutheran faith, to which the locals converted from Catholicism during the Reformation. Its monumental organ dates from the 16th century.

While it’s free to enter the church and its surrounding walls, you can leave donations to help restoration. The church is open to visitors from 9am to 3pm, though it can’t be visited by outsiders on Sunday or Monday. In the summer, there’s a later closing time of 5pm, except for Saturdays.