Celebrated the world over, the tradition of Carnevale gives the pious a break before the start of Lent, when everyone can cut loose and eat, drink and revel in pagan traditions just one last time before giving up fun until after Easter. 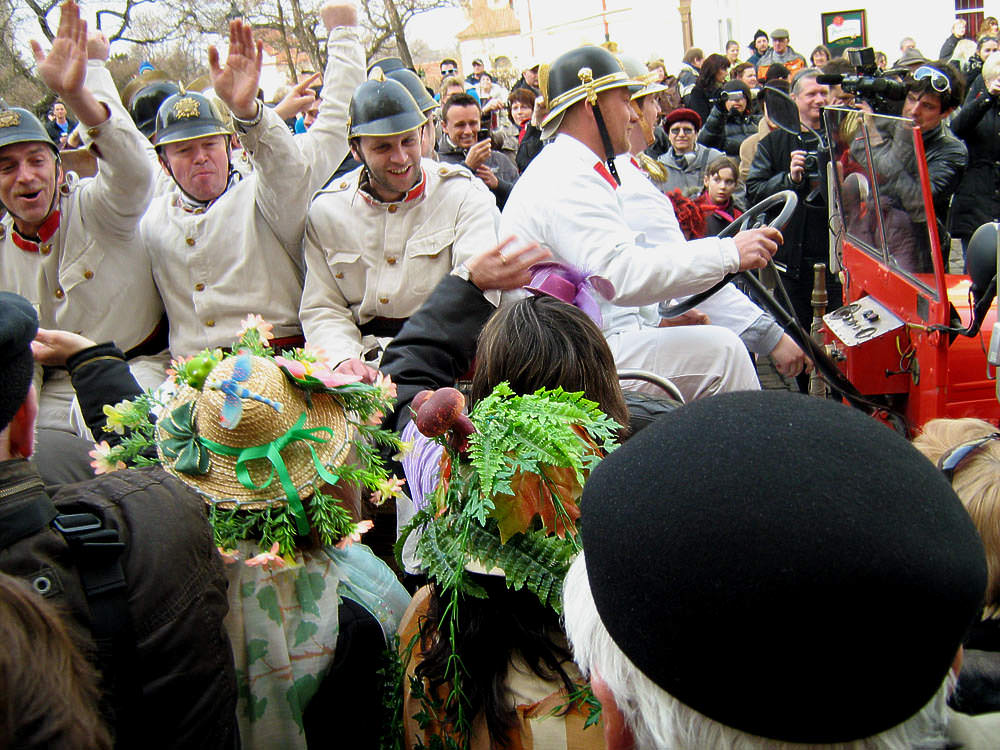 Ceremonial start of the carnival parade – Photo by Martin Zborník

In the Czech Republic, known as the world’s most atheistic country, there’s little focus on the Catholic aspect and more on Carnevale’s tradition that has developed over centuries. Most cities and towns, nationwide, have their own celebrations, which includes street parades, creative costumes, pig slaughters and copious amounts of beer and sausages.

This year, Masopust, as it’s called in Czech, runs throughout the first half of February, with most of the festivities taking place the weekend of Feb. 9-10. Prague, alone, has more than a dozen street parties, as each district takes pride in organizing a good time for its residents. Each Masopust usually involves a procession that includes a king and queen, and other popular figures that crop up, including chained bears, two-man horses and, quite often, a Bacchus himself. 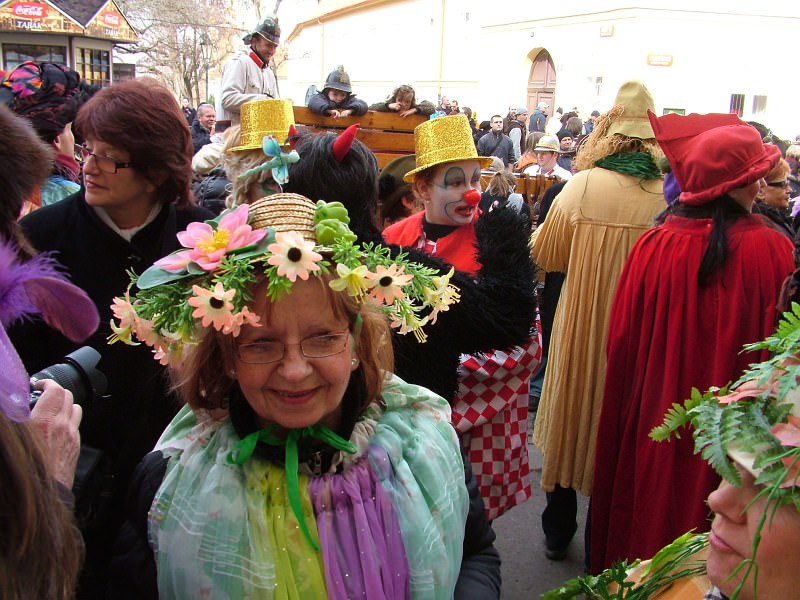 Everyone gets into the spirit of Masopust

Visitors, who happen to be in the Golden City the second weekend of February this year, will have the opportunity to participate in a truly magical experience, while marveling at the creativity that goes into the costumed processions and other events. Everyone, it seems, gets swept away by the merrymaking, and its surprising how quickly one works up an appetite for pig’s blood soup and other tasty treats. There’s more than enough on offer at each festival to please both young and old alike. Here’s a rundown of several events in Prague that you will want to check-out; so bundle up, grab a mask and have fun.

One of the city’s most beloved Masopust parades celebrates its 20th anniversary this year, so the event, spanning several days and taking over the Žižkov neighborhood with its massive crowds, promises to be even more exciting than usual. It starts on Saturday, Feb. 9, at 2 p.m. with a children’s theater program at Palac Akropolis, which features a performance, games and dancing as well as carnival treats. Tickets cost 20 Kc and it is recommended that you purchase tickets in advance, as space is limited.

On Sunday, Feb. 10, the Žižkov festivities head to a well-known local pub, The Shot-Out Eye, where, starting at noon, there’ll be a traditional zabijacka, or feast from a pig slaughter, with goulash, blood sausages and soup; a brass band will keep the atmosphere rolling throughout the evening (tickets are 40 Kc at the door). 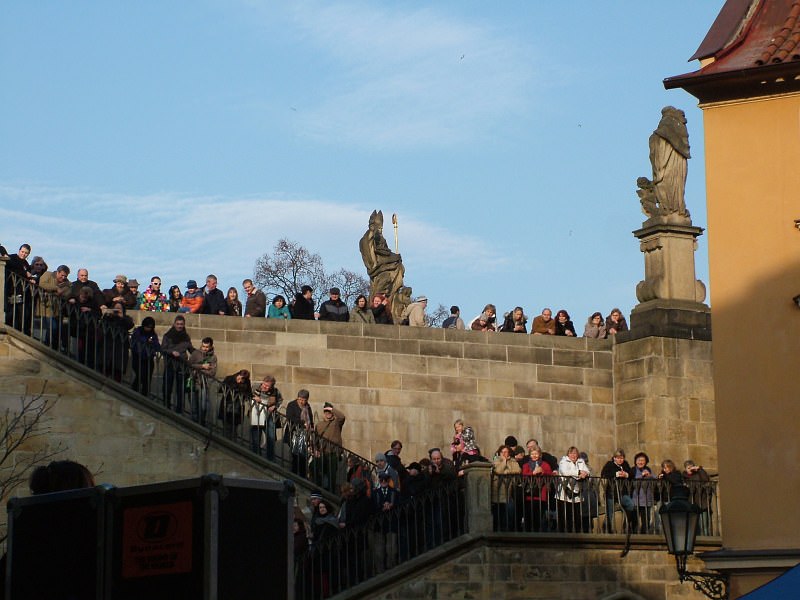 Along the Charles Bridge

Tuesday, Feb. 12, is the highlight of Žižkov Masopust, the day before Ash Wednesday. Those lucky enough not to be trapped in an office all day can head to Žižkovo námestí for a children’s parade with jugglers, firefighters in historical costumes and an organist. The biggest event is from 6 p.m. on námestí Jirího z Podebrad, a large open square that conveniently has a metro stop by the same name on the green (A) line. The parade, with participants wearing all sorts of costumes, will take to the streets and traverse the neighborhood, giving cakes and sweets out at different points, and culminating with a concert by the local band Sto zvírat (100 Animals) by the Viktoria soccer stadium.

The Masopust that takes place in Prague’s Lesser Quarter ( just below the castle) on Feb. 9, is a great way to see this historic part of the city – granted, from among a throng of hundreds weaving their way through the cobblestoned alleys in search of the next pub. The procession, which doubles as a pub crawl for those who score a spot at the front and can actually get a seat in one of the pubs, begins at the famous centuries-old watering hole, U Cerného vola (At the Black Ox), at 2 p.m., and then winds its way down with stops at five other pubs before ending on the sprawling Kampa Park, located on an island just next to Charles Bridge. Twenty or so stalls will keep visitors fed and watered, and between 3 and 4 pm, there will be traditional pageantry and music. 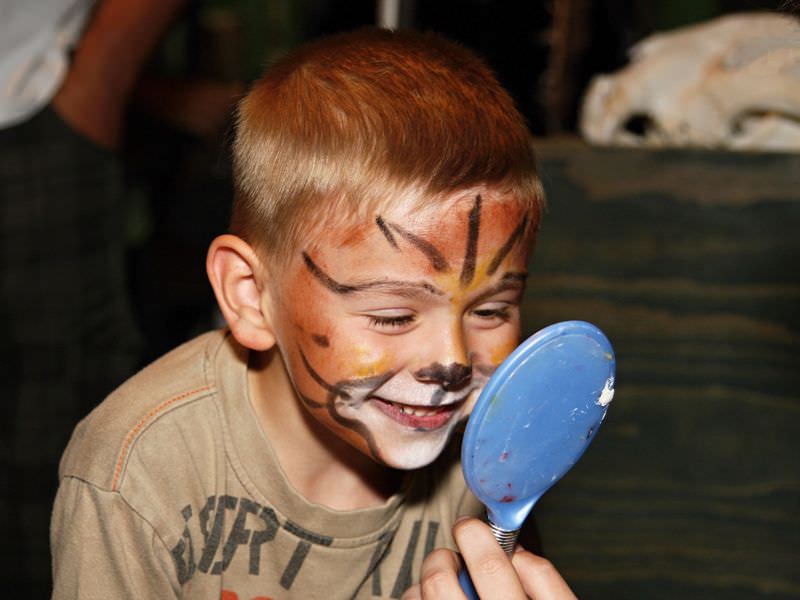 For those not content to just wear an animal costume, Prague Zoo is hosting a Masopust of its own – and seeing that it’s in the beginning of March, there’s no conflict of choice with the other Masopusts around town. Entry is a symbolic 1 Kc for children and adults alike, so long as they are wearing a festive mask. From 11 am, a workshop will be conducted to help those interested in making their own individual carnival masks or having their face painted. A procession will start at 2 p.m. and do a loop around the zoo, ending up back at the Education Center for a performance of children’s theater.

Written by Guest Contributor Fiona Gaze for EuropeUpClose.com. Fiona Gaze is a food and travel writer based in Prague.

The Crazy Days! ‘Carnival’ All Over Europe

I live in Cheb, a few hours away from Prague. There was also an masopust celebration here on a slightly smaller scale. I saw kids dressed up with their faces painted. Honestly, I'm a bit worried about actual Easter--the men get to whip the women! (Though I think it'd be pretty interesting to capture a photo of that!)