Prague, the city of 100 spires, was mainly untouched by the Second World War, so its beautiful buildings are still intact and its citizens are happily building a new city that completely embraces the old. The city is now a mecca for tourists who have seen Western Europe and are looking for a new place to discover art and culture. 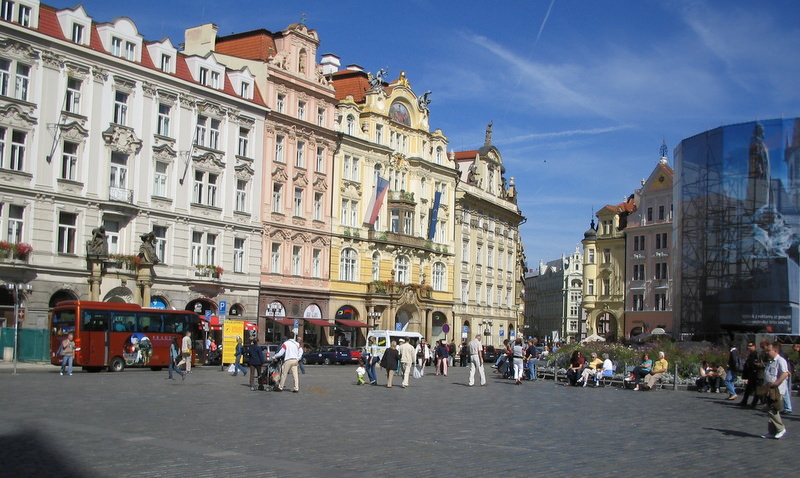 Stare Mesto was the original place of settlement in Prague. In the 14th century, Charles IV expanded the city by founding the New Town, Nove Mesto. Across the river Vltava is the Lesser Quarter, called Male Stranain Czech. These two parts of the town are connected by The Charles Bridge.

The medieval Astronomical Clock or Prague Orloj is mounted on the southern wall of Old Town City Hall in the Old Town Square. It is composed of three main faces: the astronomical dial, representing the position of the Sun and Moon in the sky and displaying various astronomical details; “The Walk of the Apostles”, a clockwork show of figures of the Apostles and other moving sculptures; and a calendar dial with medallions representing the months. The clock strikes hourly starting the apostle walk in motion. 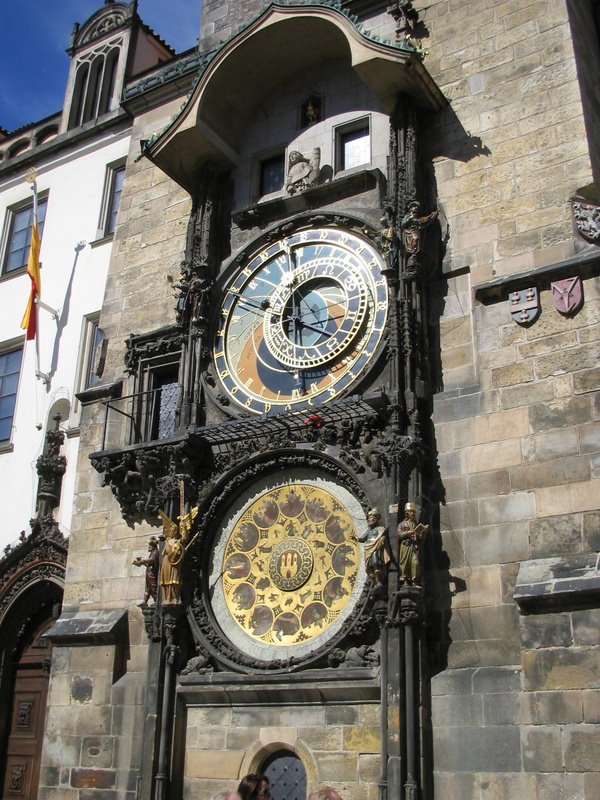 Wenceslas Square named after Saint Wenceslas (Và¡clav) , the patron saint of Bohemia is one of the main historical squares and the center of the business and cultural communities in the New Town of Prague. A place where many historical events occurred, it is a traditional place for demonstrations, celebrations, and similar public gatherings. The Charles Bridge crosses the Vltava river in Prague, connecting the Old Town, Prague Castle and adjacent areas. The bridge was originally called the Stone Bridge or the Prague Bridge but has been called the “Charles Bridge” since 1870. The bridge is decorated by a continuous alley of 30 statues and statuaries, most of them baroque-style, erected around 1700. It is stunning and we think it is the most beautiful bridge in Europe. 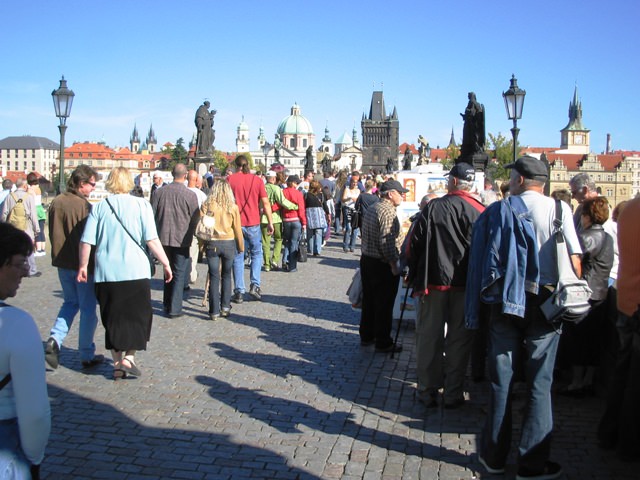 On Wenceslas Square you will find the National Museum. This Neo-Renaissance Building is the largest in The Czech Republic. Its vast collection of exhibits showcases the richness of the culture and history of the Czech Republic. Mal Strana, more frequently referred to as Lesser Town, is one of Prague’s historical and oldest boroughs. In the Middle Ages, it was a dominant center of the German settlement of Prague, housing a large number of noble palaces. The Prague Castle, one of the biggest castles in the world, is where the Czech kings, Holy Roman Emperors and presidents of the Czech Republic have had their offices. The crown jewels of the Bohemian Kingdom are kept here. The castle is actually a group of buildings and gardens all accessible with one ticket. Entrance is at the courtyard. Open daily from 9 a.m. to 6 p.m. (9 a.m. to 4 p.m. during winter season) Josefovis the Prague Jewish Ghetto. The quarter is often represented by the flag of Prague’s Jewish community, a yellow Magen David (Star of David) on a red field. The Jubilee Synagogue, the newest and Largest synagogue in the Czech Republic, was completed in 1906. 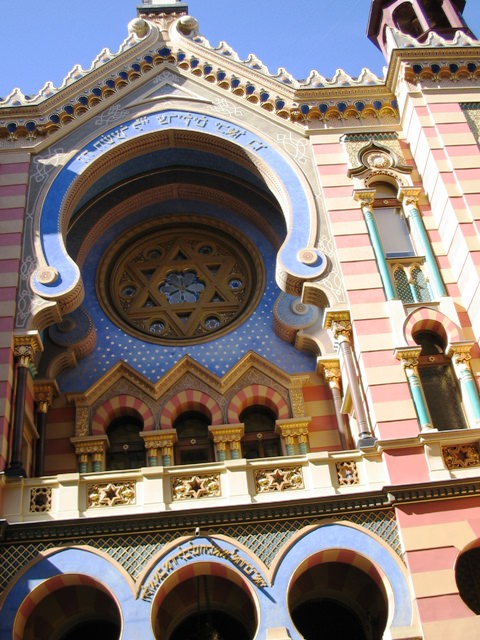 Since the 1980s, The Lennon Wall was filled with John Lennon-inspired graffiti and pieces of lyrics from Beatles songs. Following the collapse of Communism, the Lennon Wall came to represent not only a memorial to Lennon and his ideas, but also a monument to free speech and the non-violent rebellion of Czech youth against the repressions of neo-Stalinism. The wall is owned by the Knights of the Maltese Cross, who allow graffiti to continue on this Renaissance wall. The John Lennon Wall is located at Grand Priory Square, Mal Strana. Vysehrad Castlewas built in the 10th century, on a hill overlooking the Vltava River. Situated within the castle is the Cathedral of Saint Paul and Peter, as well as the Vysehrad cemetery, containing the remains of many famous people from Czech history.

The Municipal House is one of the world’s finest Art Nouveau buildings. It is impressive both inside and out. The building has a bar, restaurant and cafe, as well as concert hall. There are guided tours available. For an inexpensive place for coffee, lunch or afternoon tea try the ground floor cafe. You will be impressed with your beautiful and stylish surroundings.Metro : Namesti Republiky (straight across the square)

The Powder Tower, constructed beginning in 1475, is one of the 13 entrances to the Old Town. The gate acquired its present name in the 17th century when it was used to store gunpowder. 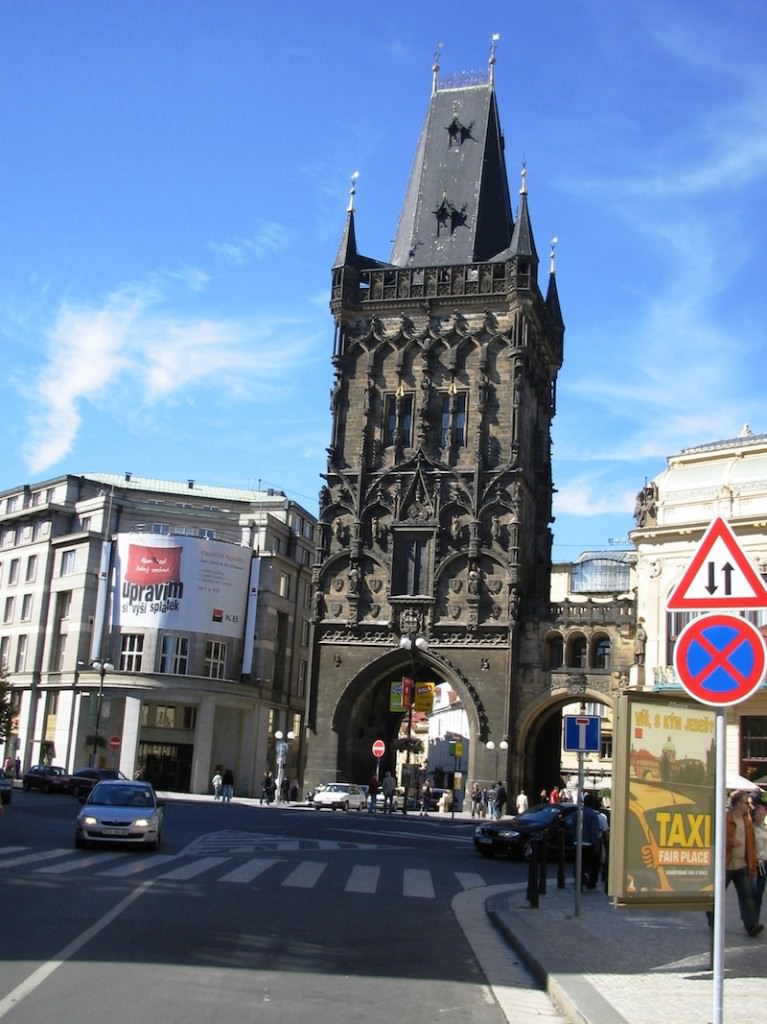 The Petrin View Tower ( Petrinska rozhledna) is a major tourist attraction. It is a 60 meter high steel framework tower in Prague, which resembles a miniature of the Eiffel Tower. The Petrinska rozhledna was built in 1891 and was used as an observation tower as well as a transmission tower. It is open from 10am to 7-10pm every day from April to October and weekends only from November to March, from 10am to 5pm. There is a gift shop and a small cafeteria on the main level. The St Vitus Gothic Catholic Cathedral one of Europe’s most beautiful cathedrals, was begun in 1344 and completed more than 600 years later in 1929.

Havelske Trziste Market is the main open air market in Prague. It is just off Melantrichova street between the tourist office and Old Town Square. Fruits and vegetables as well as tourist souvenir stalls. Mon-Fri 06:00-18:30; Sat 07:00-18:30; Sun 08:00-18:00 Prazska Trznice Market is located in Holesivice, Prague 7 near Metro line C, Stop Vltavska. It is open year-round Mon-Fri 8am to 6pm and Sat 8am to 1 pm. This market sells consumer goods as well as the usual fruits and vegetables, arts and crafts. Prague Christmas Markets run daily from 9am to 7pm throughout the holiday period (generally Dec 1 through Jan 1.) The main markets are at the Old Town Square and Wenceslas Square, with smaller ones at Namesti Republiky & Havelske Trziste. Prague Easter Markets are held at the Old Town Square and Wenceslas Square More than 100 stalls offer a wide selection of hand crafted goods, such as wooden toys, candles, jewelery, metal-ware, embroidery, and dolls in regional costume. Brightly colored, hand-painted Easter eggs are the star attraction. 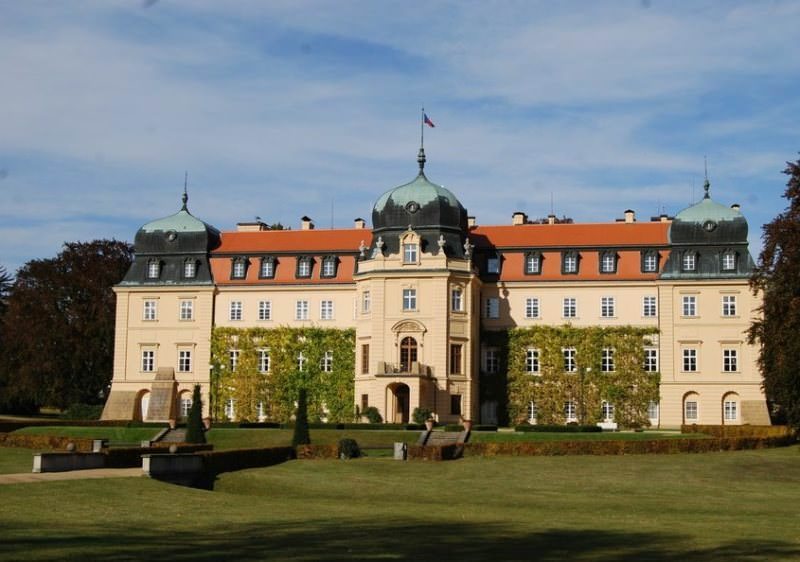 Lany The Baroque Lany Chateau in the village of Lany in the midst of the Krivoklat woods, is the official summer residence of the presidents of the Czech Republic. You can reach Lany from Prague by taking the road in the direction of Karlovy Vary (distance about 35 km). The first President of the Czechoslovak Republic Tomas G. Masaryk and his family are buried in the Lany cemetery. The park is open to visitors: Wednesday and Thursday from 2:00 p.m. to 6:00 p.m., Saturday, Sunday and holidays from 10:00 a.m. to 6:00 p.m. each year in the period from the Saturday before Easter until November 2.

I also suggest the five star Corinthia Hotel in Prague.

Besides its luxury rooms and efficient services, they have a wide variety of restaurants and bars which one should try.