Photographer Andrea Albertino chronicled his trip to Norway with these stunning photographs. Click on each photo to enlarge.

First day in Norway: We landed in Oslo and we spent a relaxing evening visiting the Aker Brygge and enjoying a great dinner in a restaurant overlooking the sea. 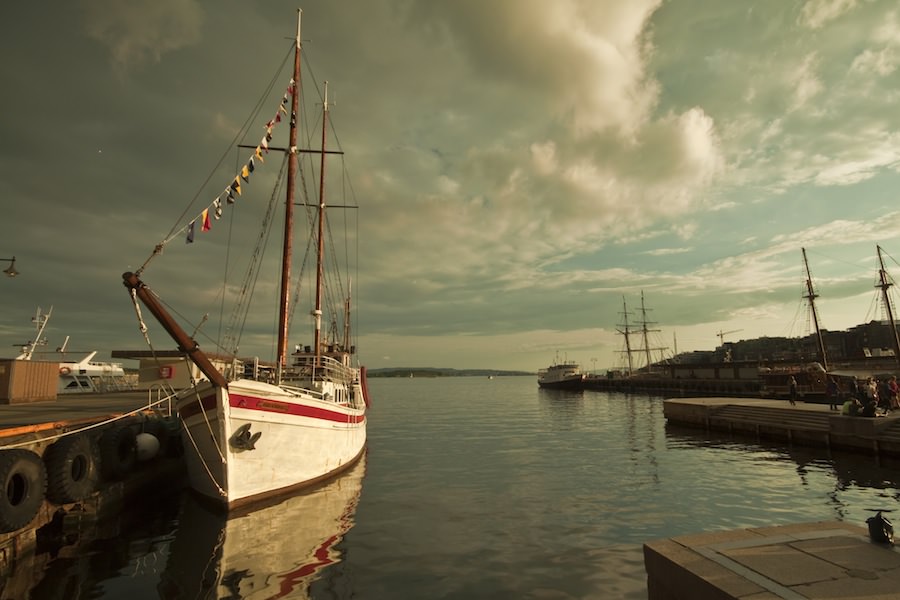 Second day: We reached Bergen travelling all day long by bus (from Oslo to Honefoss); by train (from Honefoss to Myrdal and from Myrdal to Flam); and by ferry along the spectacular landscape of Sognefjord. We approached the Brygge at around 9 pm. 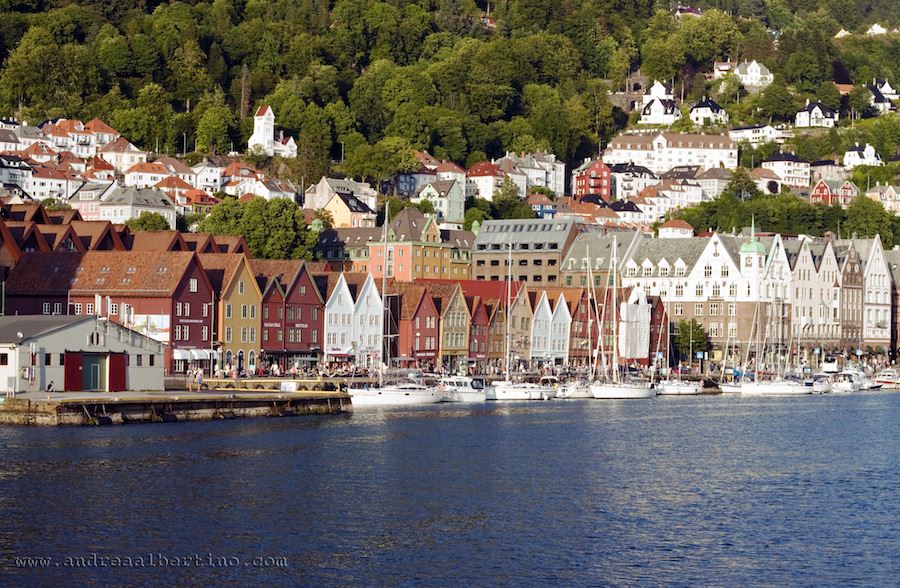 Fourth day: We travelled north by car, enjoying the spectacular view of the Geiranger fjord. 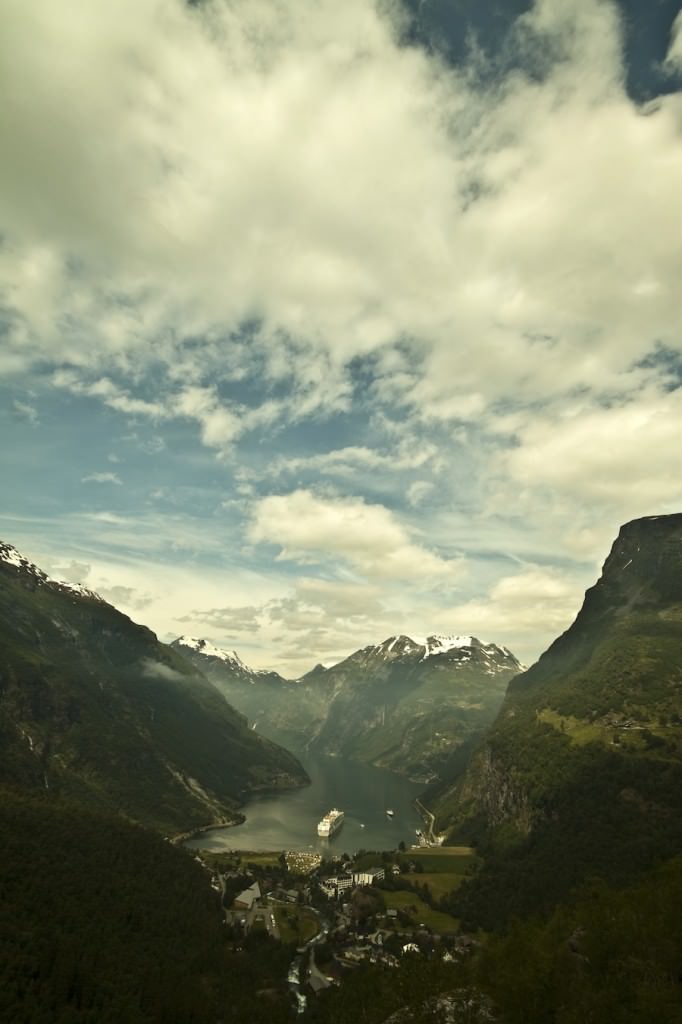 Fourth day: We left Geiranger behind and climbed up to the Trollstigen pass. Thanks to a clear and mild day the landscape from the top was simply gorgeous. 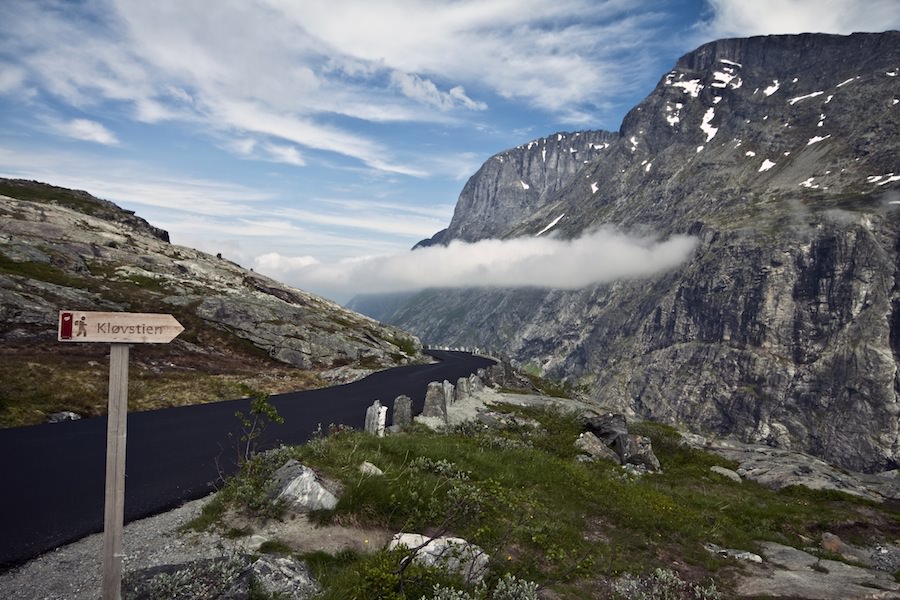 Fifth day: A never ending sunset and a delicious dinner combined for a memorable evening spent in Trondheim. 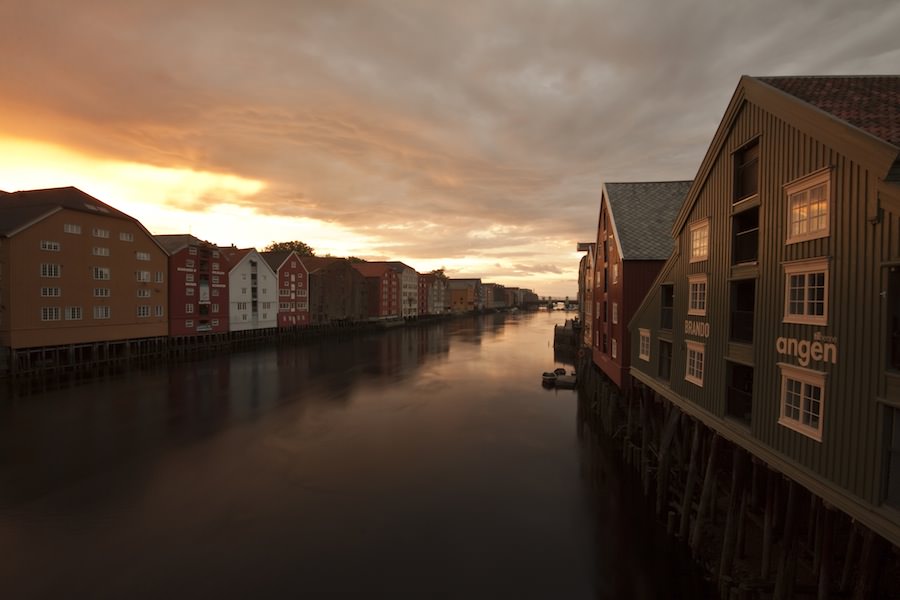 Seventh day: Moving north, we left the spectacular E6 (arctic road) and reached Storvik, jumping on and off the Fjord ferries and enjoying the peaceful landscape of the region. 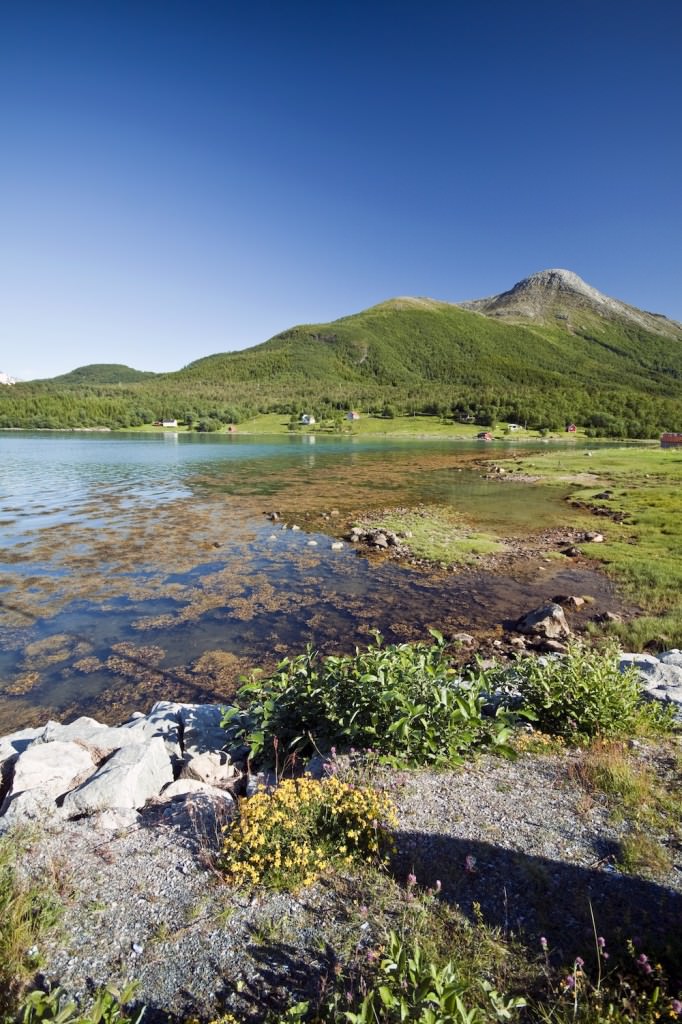 Eighth day: Four times a day nature offers a spectacular show of Maelstrom in Saltstraumen. According to the tide movement, the water moves from the fjord to the sea or from the sea to the fjord; and during the most intense movement you can see whirlpools formed in the water. Ask local people for a tide timetable and hope to get there during the Midnight Sun. 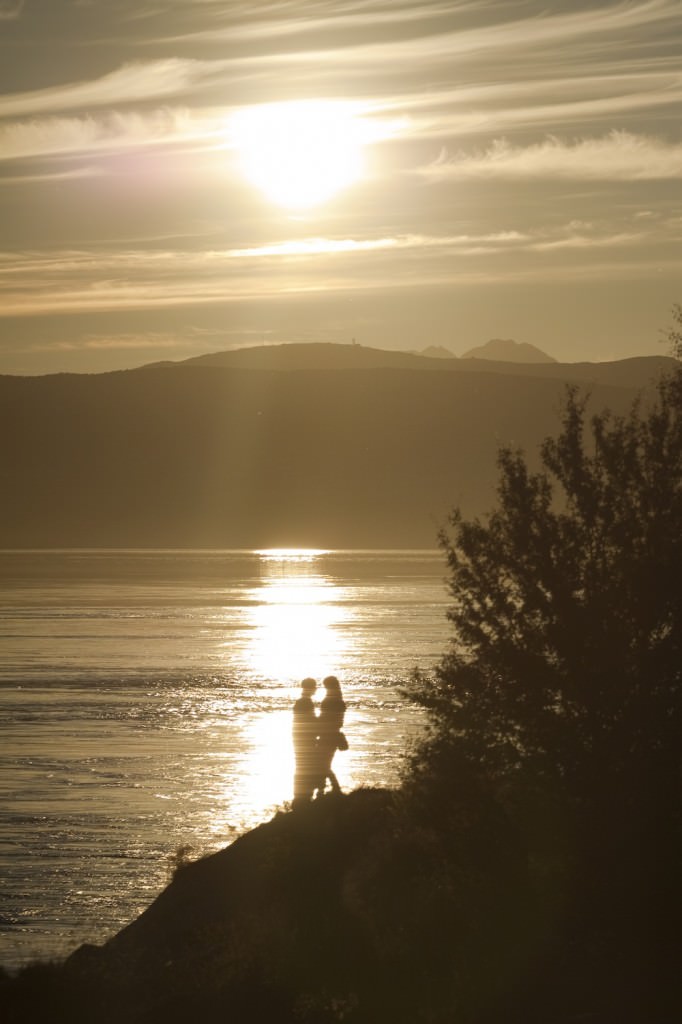 Romance and the Midnight Sun

Tenth day: We travelled from Bodo to Moskenes and visited the lovely village of ‘A’ on the Lofoten Islands. 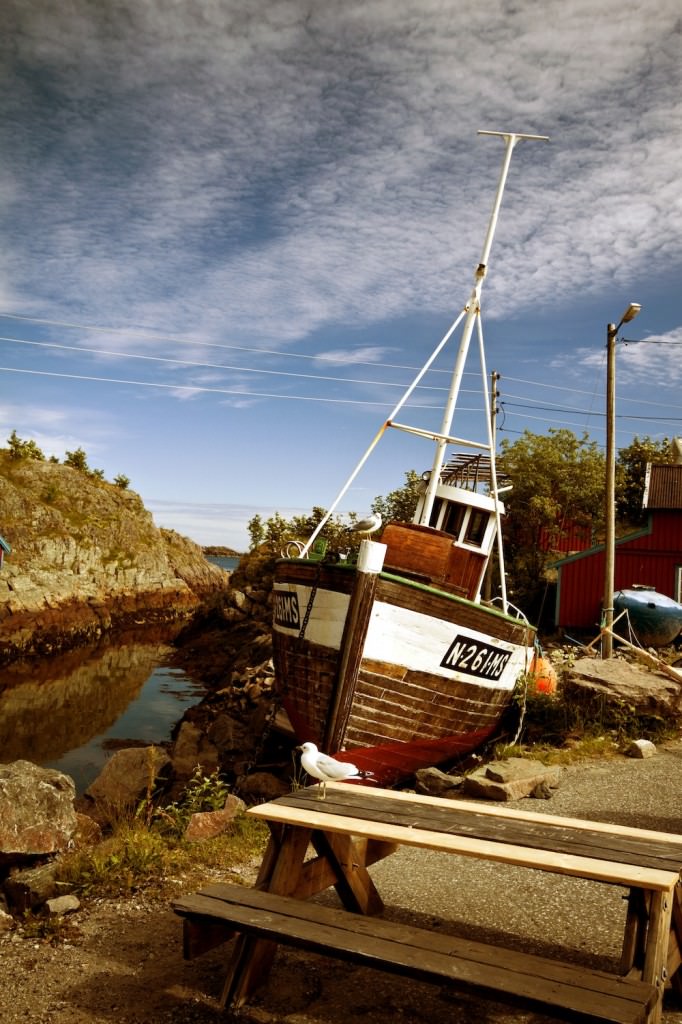 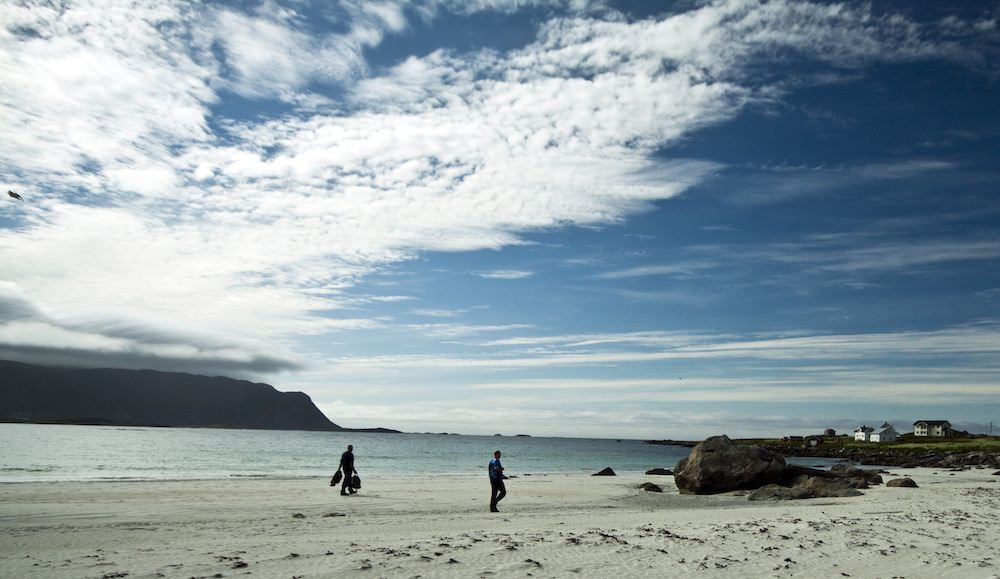 Eleventh day: We said goodbye to this heaven while experiencing another great Midnight Sun in Vestpollen, just a few km from Svolvaer, the biggest town in the Lofoten Islands. 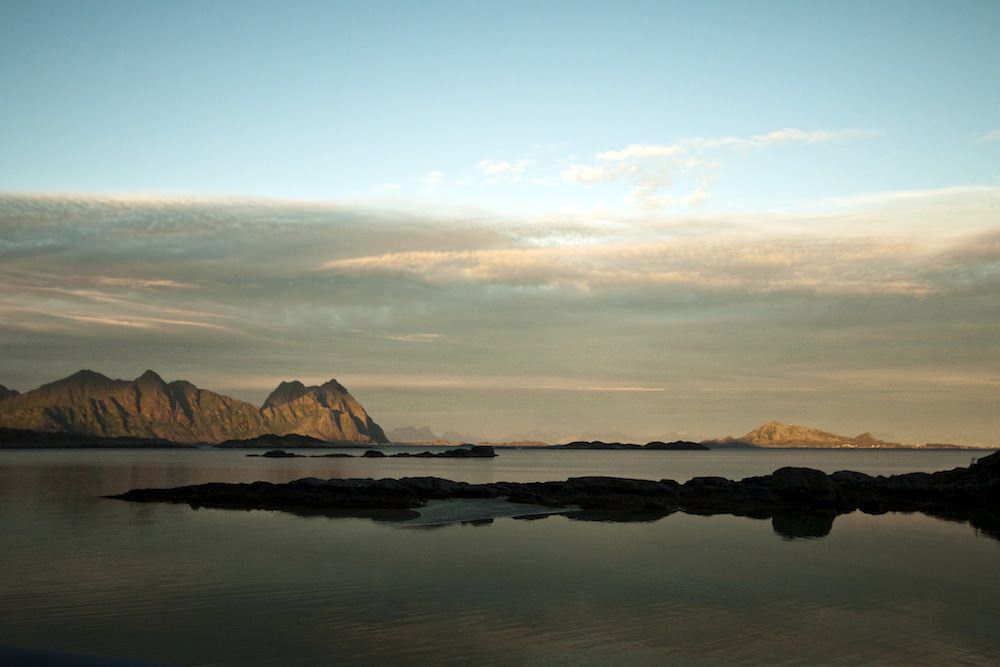 Farewell to the Land of the Midnight Sun

These lovely photos were taken by photographer Andrea Albertino.

“I was born in 1982 close to Turin, Italy. I earned a PhD in chemistry in 2010 and now work as a technologist in a flavour company. I developed a passion for photography three years ago, starting with digital and moving on with analogical cameras. One year ago, I created a website to share my photo shots and my travel experiences. To see my pictures, have a look at: www.andreaalbertino.com“

I love the photos! I have a passion to travel and I absoulely love taking pictures. this is an amazing idea.. blogging photos of the places I travel to. Photographs capture and preserve those moments that just can't be described in words. They also enhance the emotions that are felt at the time of the picture. My three favorite pictures are of the Aker Brygge, the picture at Saltstraumen, and the picture of the village of ‘A’ on the Lofoten Islands. The picture of the village of 'A' has wonderful contrast and hue. My favorite part of that photo has to be the bird on the picnic table. Norway seems like a beautiful place and I will definitely live there for a while some time in the future.

Beautiful photos! I haven't been to Norway but would love to see the nature one day.