Paris celebrates life all year long with a multitude of festivals and events. Here are just a few of the larger festivals, but be sure to look for up-to-date Paris event news in future posts.

The Tuilleries in Paris

Foire du Trône
The Foire du Trone originated in the year 975, when merchants and farmers met to trade wine and grain. Now the venue includes a large amusement park and the event is said to be the biggest country fair in France.
Dates: Late March – Late May.
Pelouse de Reuilly in the Bois de Vincennes 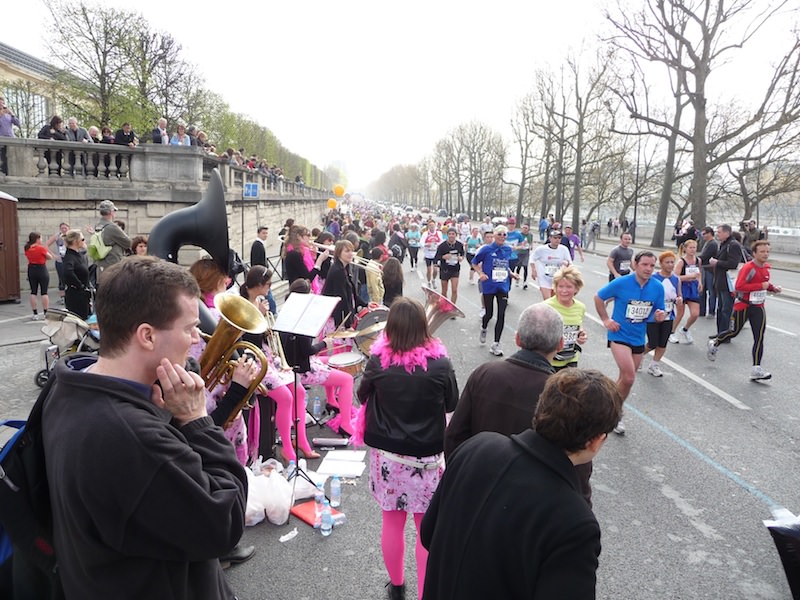 More than 22,000 runners participate in this great city marathon and Parisian event. Runners from around the world begin on the Champs Elysées, travel near the Louvre on their way to the Bois de Vincennes, then run alongside the left bank of the river Seine to the Eiffel tower and the Bois de Boulogne on their way to the finish line on Avenue Foch. The runners, their families and friends, then celebrate the day at bistros and out-door cafes throughout the city.
Dates: Annually in April

These musical events re-create the ambience of the ‘ancient régime’ at Versailles, during which the fountains of the parks around the palace are turned on.
Dates: Early May – Early October
Versailles

Fete de Musique
The music festival, which is celebrated every June 21, turns 31 in 2013 … this is one of the most anticipated events of the year. All day and all night, music lovers enjoy great programming. Known artists and young talents invest all places of the city streets, museums, gardens, bars, restaurants, churches … and offer the viewer a selection of all music.The full program is available a few days before the event at the offices of the Office of Tourism & Conventions of Paris and the site fetedelamusique.culture.fr 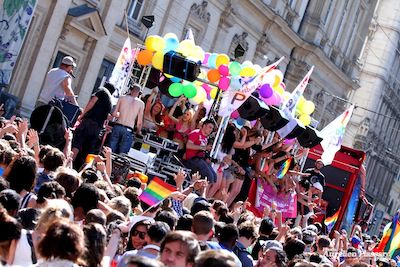 This huge, fun-filled parade is preceded by a week of parties and expositions at venues through- out the city.
Dates: Late June 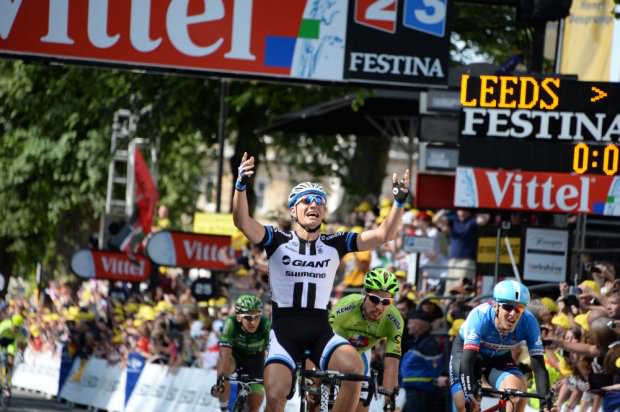 This is Europe’s most famous bicycle race.
Dates: Mid July

Ile de France Festival
Shows, walks, visits, in some 20 to 30 spots chosen for their historic or architectural value. This is a huge event with many venues.
Dates: September and October 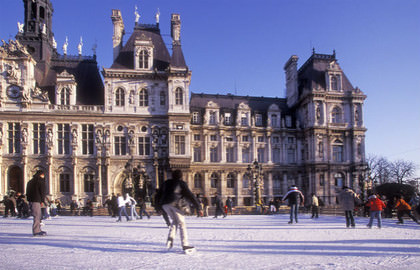 Ice skating at the Hotel de Ville in Paris

From December until the beginning of March, the front plaza of the Hôtel de Ville is transformed into a giant ice rink – with guests and residents alike taking the opportunity to enjoy some seasonal skating. Best of all, the whole experience is free.

Festival Information
For more information regarding these or any other festivals please contact: