On a recent trip to France, I visited Le Rocher de Monaco (The Rock of Monaco), home of the principality’s royal Grimaldi family. Intrigued, as most Americans are, by the glamorous life and tragic death (in 1982) of Grace Kelly, my fist stop was her final resting place in the Cathedrale de Monaco .  Here, she is buried alongside the former princes of Monaco, under a tombstone bearing the inscription Grazia Patricia, the name given to her when she married Prince Ranier III on April 19, 1956. Prince Ranier III, who died in 2005, is buried alongside her. 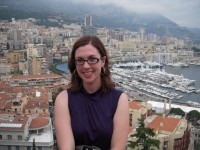 Grazia Patricia was the mother of three children: Princess Caroline, Prince Albert II, and Princess Stephanie.  Prince Albert II is the current Head of the House of Grimaldi and ruler of the Principality of Monaco. Albert II is a “prince of the people,” who can be seen often dining in the cafés across from the palace and strolling around Monaco. He has also brought much scandal to the House of Grimaldi, by fathering two children out of wedlock and through his involvement in various paternity suits. Princess Caroline is now the Princess of Hanover (married to Ernst August V, Prince of Hanover) and is the heiress to the throne of Monaco. Princess Stéphanie has always been referred to by her family as the “wild child,” and has worked as a swimwear designer, singer and fashion model. 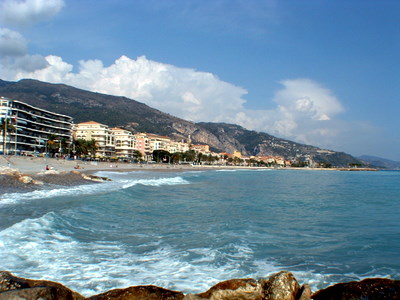 The Principality of Monaco is comprised of five main areas, the largest of which is Monte Carlo. Monte Carlo is the pinnacle of elegance, luxury and nightlife (including high stakes gambling). The famous Casino is adjacent to the world- renowned Grand Hôtel de Paris, which was established in 1864 by Charles III of Monaco. In the main hall of the Grand Hôtel de Paris, there is a bronze statue of Louis XIV. Gamblers hoping to win (or increase) their fortunes rub Louis’ knee for luck before going to the casino. Monte Carlo is also where one can find most of the Circuit de Monaco, on which the Formula One Monaco Grand Prix takes place each year. Monte Carlo also hosts events such as fashion shows, world championship boxing bouts, the European Poker Tour Grand Final and the World Backgammon Championship throughout the year. 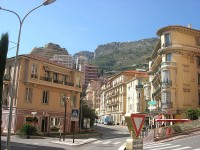 As for the other four areas, The Rock (a limestone peninsula seven hundred meters long, sixty meters above sea-level) is where you can find the maritime museum (dedicated to Albert I) and the Grimaldi Palace. However, the term The Rock is also used in reference to the whole of Monaco. La Condamine is the port district and the Fontvieille quarter (a neighborhood that was built out over the sea) is known for its sports stadium. Lastly, The Moneghetti is home to Monaco’s lovely exotic garden.

Take a day to explore all of the diversity, luxury and history Monaco has to offer, and keep an eye out for Prince Albert II…he might just sit down next to you at lunch.