All of Nürnberg (Nuremberg) is historic and noteworthy, and there are so many things to do in Nuremberg’s Old Town. 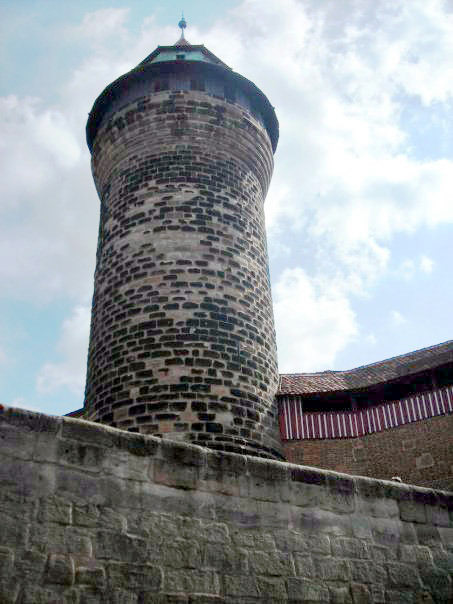 located in the northwestern section of the city, is considered to be the symbol of the city and one of Nurnberg’s top historic site. The castle complex rises high above downtown Nürnberg and thus provides some of the best views of the city. The castle grounds contain various buildings constructed over the centuries. For more than five hundred years, the emperors of the Holy Roman Empire used the castle as one of their main residences. The castle grounds are open daily to the public and the interior spaces of the complex can be viewed with purchase of a ticket. Guides of the castle are available only in German, but many tourist companies offer English language tours for a small fee. 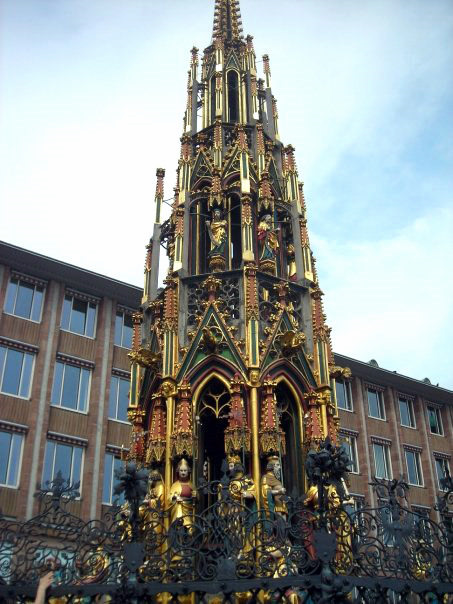 The centrally located Hauptmarkt hosts various markets throughout the year – from farmers’ selling local produce to the popular Christmas market. The Schöner Brunnen or Beautiful Fountain, is located here. The Gothic piece is perhaps the city’s most famous attraction. Legend has it that if visitors turn the golden ring of the fountain, they will be sure to return to the city soon.

If you happen to be in the Hauptmarkt just before noon, be sure to watch the Männleinlaufen at the Frauenkirche. At 12:00 p.m. every day the old clock comes to life with the commemoration of the Golden Bull of 1356. Mechanical figures depicting the Holy Roman Emperor and his seven electors emerge for this brief, but fascinating performance. 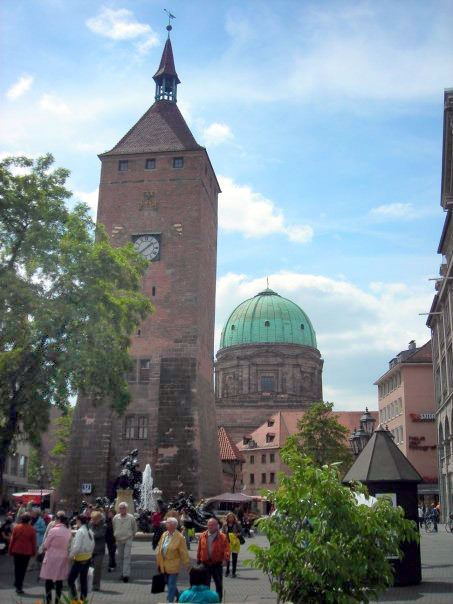 The Handwerkerhof or Craftmen’s Courtyard is one of those shopping districts hidden from plain view. Tucked in between medieval towers and historic city walls is this charming little hamlet, only a few steps from the main train station. Artisan workshops sell all sorts of handcrafted items – from pewter dishes, to hand blown glass ornaments, to gold and silver jewelry. A few restaurants are also found in the courtyard, selling various Franconian dishes and local beer . The shops and taverns are open Monday through Saturday.

Henkersteg
The Hangman’s Bridge or Henkersteg is one of the city’s many historic wooden bridges. Constructed in 1457, the bridge segregated the city’s hangman from the majority of the city’s residents. Since his occupation was considered undesirable, the executioner lived in a tower only accessible by this bridge.

St. Sebaldus Church
St. Sebaldus Church or Sebalduskirche, along with the Frauenkirche and St. Lorenz, are excellent examples of well maintained medieval churches. St Sebaldus Church, however,  is the most important. This 13th-Century structure is situated in Albrecht-Dürer-Platz, near the old city hall. Originally built in the Romanesque style, architectural changes over time saw the addition of the dramatic Gothic aisles and heightened steeples on the structure’s exterior and the eventual remodeling of the interior to reflect a Baroque fashion. The church suffered great damage during World War II and consequently much of exterior had to be reconstructed.

The church is perhaps most well known for the Shrine of St. Sebaldus, an elaborately carved 16th-Century bronze monument to the city’s patron saint by famed Nürnberg  sculptor, Peter Vischer the Elder. Other noteworthy artworks include wooden sculptures by Veit Stoss, most famous perhaps for his Gothic, Baroque Annunciation piece on display in St. Lorenz, and beautiful stained glass windows. The church is open daily to the public.

For more in-depth information on Nurnberg, Check out  Nuremberg123

[…] travel to other locations in Germany. Trains leave daily from the Baunhofplatz to such cities as Nürnberg, Bamberg, Munich and beyond. Or rent a car and get lost in the too numerous to count little towns […]

Definitely agree with your picks Morgen. I´d also include the Doku-Zentrum and Reichsparteigelände ( Documentation Centre and Nazi Party Rally Grounds) as a must see for history buffs and the casual tourist alike. The museum and grounds have become such popular that the decision was recently made to open up a new exhibit at the Palace of Justice in the Courtroom where the Nuremberg Trials were held. "Memorium Nuremberg Trials", opened in November of 2010 and while a visit to the actual courtroom "600" is not always guaranteed because of its active use today, the exhibit itself is informative and evocative. Highly recommended!