When I was working as an English teacher at a lycée (high school) in Gassin, France, I frequently took day or weekend trips to nearby Marseille (Marseilles in English). What kept me coming back to this coastal city of industry was the laid-back “salt of the earth” quality of its over 1,605,000 inhabitants (Marseille is the third largest city in France after Paris and Lyon) and its eclectic array of restaurants, museums and shops- I discovered something new every time I visited. 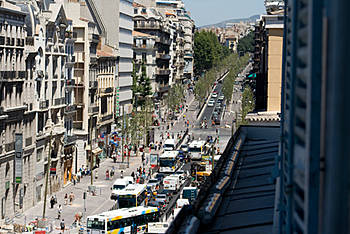 The layout of Marseilles makes it very accessible for tourists and “faux locals” such as myself. The Canbière (the city’s main boulevard) spans the city from the Vieux Port (Old Port) to the Réformés quartier (district). Toward the center of the city, there are two pedestrian zones- Rue St. Ferréol and Cours Julien- both great areas for shopping and soaking in Marseillaise culture. 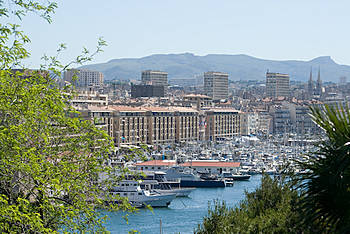 I spent most of my time in the Vieux Port, which is in the middle of two old forts- Fort Saint-Nicolas and Fort Saint-Jean. There is a grounded energy in the Vieux Port that always invigorated me and made me feel like I was sitting smack dab in the middle of “la vraie France” (“real France”). I remember one afternoon in the Vieux Port when I grabbed a kir (dry white wine with blackcurrant liqueur) and sat outside reading Dumas’ The Count of Monte Cristo, glancing up once in a while in the direction of the Château d’If in the Bay of Marseilles (where the novel is set).

Indeed, Marseilles is a mecca for lovers of French literature- it is the birthplace of such greats as Victor Gélu, Valère Bernard, Pierre Bertas, Edmond Rostand and André Roussin. French art aficionados will appreciate the fact that Auguste Renoir, Paul Cézanne, Georges Braque and Raoul Dufy frequented Marseilles and created many masterpieces on the shores of l’Estaque (a small port on the far end of the bay).

Marseilles, considered to be one of the cultural centers of France, is home to a 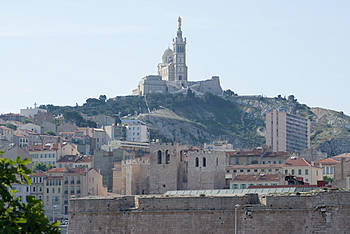 There are several “must buy” products when one visits Marseille. The first is the Tarot de Marseille- the most commonly used tarot card deck. Also, it would be a shame to leave Marseilles (or Provence in general) without a bottle of Patsis (anis flavored liqueur) and a jar of tapanade made with delicious Provençal olives. Lastly, Marseilles is famous for it’s santons – small, traditional figurines used in Provençal Christmas crèches. In November and December, there is a santon fair each Sunday in the Cours d’Estienne d’Orves (the large square off the Vieux-Port).