One of my favorite places to spend an afternoon in Paris is at Le Musée Picasso, a gem of a museum in the historic Marais quartier.  As one would guess, it is devoted completely to the collection of Picasso masterpieces. Over the years, the museum has amassed a very diverse and skillfully curated collection of several thousand of the master’s sculptures, paintings, engravings, and sketches. 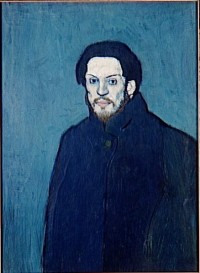 The collection is organized chronologically, starting with Picasso’s painting “Self-Portrait” (1896) and ending with the painting “The Seated Old Man” (1971). Interspersed throughout Picasso’s masterpieces are sketchbooks, photos, and lengthy curatorial descriptions, so that visitors can truly get a sense of this artist’s evolution. To facilitate your visit, the larger collection is broken up into a series of subcategories: Early Paintings, Cubism, Classical, Surrealist, Sculpture, Last Period, and Picasso’s Private Collection (featuring works from Chardin, Corot, Courbet, Cézanne, Renoir, Braque, Miro, Matisse, Derain, and Balthus- among others).

After Picasso passed away in 1973, many of his pieces became the property of the French state (his family paid the estate’s taxes with art). To honor his artistic career, they decided to found the museum in the seventeenth-century Hôtel Salé. The history of the Hôtel Salé is almost as fascinating as the museum itself. This majestic mansion was built in 1656 for the general Aubert de Fontenay, a salt tax collector (salé = “salty”). The mansion changed ownership in the 18th century, but remained private property.

From 1793-1815, it served as a national book repository and housed the convent libraries that were taken during the Revolution. From 1815 to 1829, Hôtel Salé became a secondary school (which Balzac attended). It was then leased to the ambassador of Venice, and became the municipal Ecole des Métiers d’Art (School of Art and Manufacture). It was acquired by the City of Paris in 1964, and was granted historical monument status in 1968. The restoration of the museum was finished in 1985. 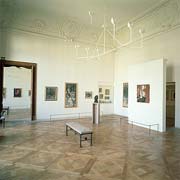 After your museum visit, be sure to stop by the lovely bookstore, which is as organized and user-friendly as the museum itself. It features a fine selection of art books, guidebooks and reference books pertaining to Picasso, as well as educational publications for children. In addition, you can find a variety of lovely Picasso–themed souvenirs, such as collectible plates, mugs, and t-shirts- which make great gifts for friends and family. After picking up some books, stop for a glass of wine or cup of coffee in the museum’s lovely seasonal garden and café. If the weather is nice, I suggest enjoying your meal or drink outside, in the well-manicured garden that features Picasso’s sculptures.