All who leave Moscow on the Trans-Siberian Railway stop at Irkutsk, the closest city from which to visit Siberia’s jewel, Lake Baikal. This world renowned lake is located just before the dividing point where travelers by rail choose one of three routes to complete their epic journey. 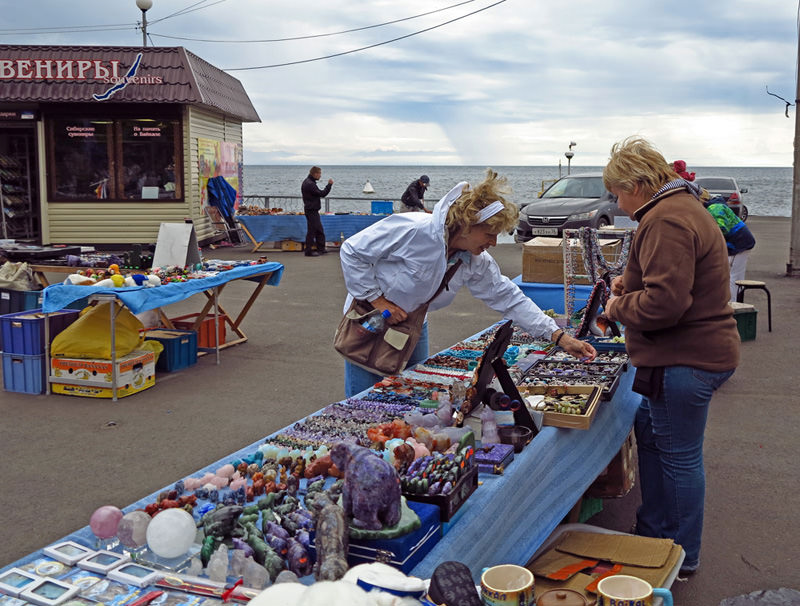 Shopping on the shore of Lake Baikal

Alas, my husband Rick and I do not have time on this trip to visit the area via the Trans-Siberian line. But since stepping onto Siberian soil and boating on this anomaly of a lake, which is on my bucket list, we will not be deterred and therefore flew from western Russia to Irkutsk.

The eclectic architecture and history of this city of over half-million is fascinating. Irkutsk was founded by the Cossacks in 1651 as a garrison to control the indigenous Buryat peoples (descendants of a Mongolian tribe); by the 1700’s onward it flourished as the center of trade with Mongolia, China and Tibet. Most amazing are the historic Siberian wooden houses with window shutters painted in bright colors, decorated with symbolic carvings and scroll, such as a sun for happiness in the home. 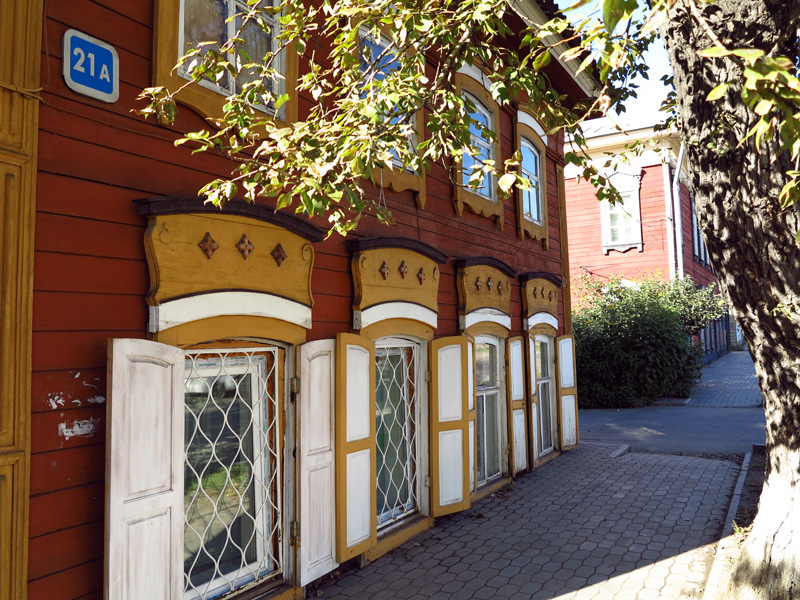 After a few days of soaking up the city’s sights, we shuttle by mini-bus to Listvyanka, a small town wrapped in taiga (boreal forest) on the shores of Lake Baikal. We are pleased to find the Information Centre can arrange an immediate venture onto the lake. 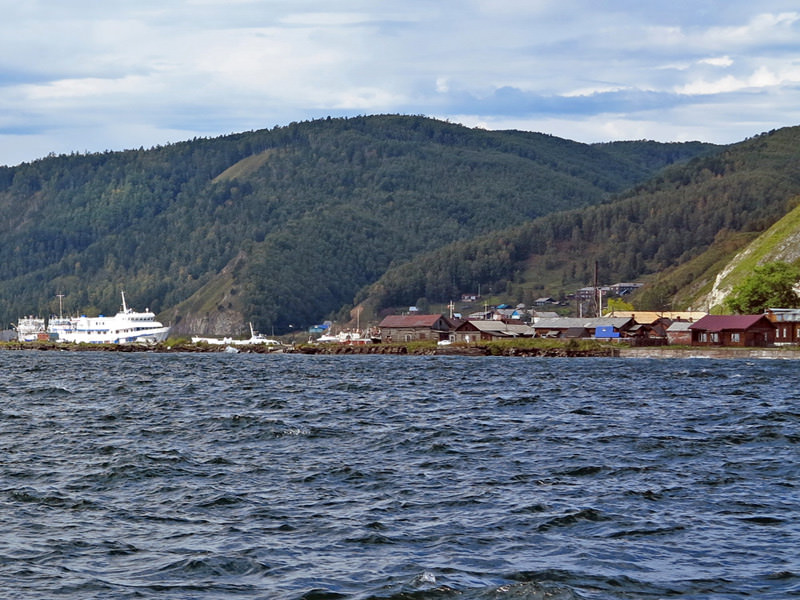 Our boat jostles against strong biting winds as the shoreline shrinks into the more prominent backdrop of phantom-like mountains on the horizon. Snuggled in wool blankets, we gaze at the seemingly endless steel blue waters, awed knowing we are on the oldest and deepest freshwater lake in the world. Formed as an ancient rift valley 25 million years ago, its crescent shape is about the size of Belgium or Holland. But Baikal’s real claim to fame is its astounding depth of 5,387ft (1,642 m)! It contains 20% of the world’s fresh water. This computes to more volume than the five Great Lakes of North America combined! 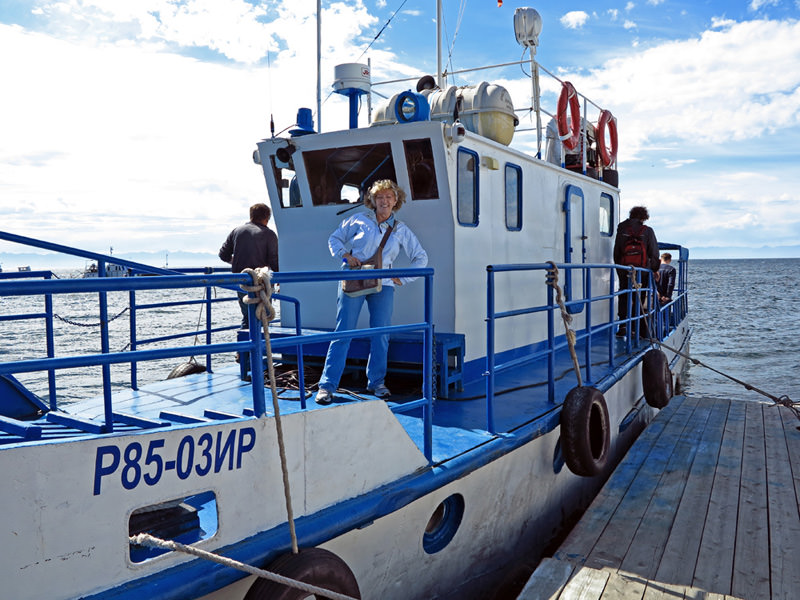 Our guide Valentine speaks in her native tongue to the four Russian tourists on board, then aptly switches to English for us. “There are 333 rivers and streams flowing into the lake; only one river flows out – the Angara.” Long before scientists discovered Baikal’s unique ecosystem, the shamanistic Buryats attributed its extraordinary characteristics to powerful lake spirits who gathered at Shaman Rock, located in the rapids where the Angara begins its outward flow. 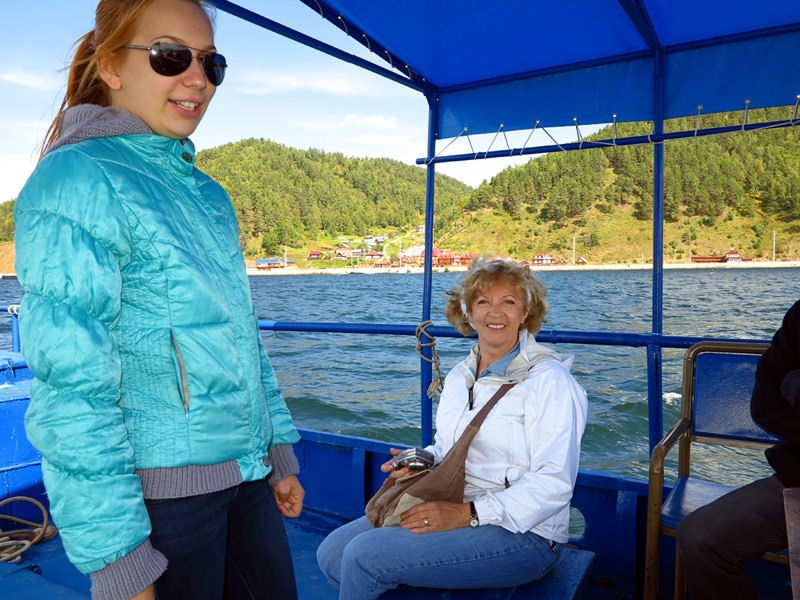 “According to legend,” says Valentine, “before a wedding the bride-to-be was taken to Shaman Rock to spend the night. Her survival meant the spirits concurred she would make a good wife and the wedding would go ahead. If she died of exposure or was swept off the gigantic rock by rogue waves, it was best – as she would not have made a good wife anyway.” I’m thinking it wise to have a summer wedding.

“Now you men were not excluded from the spirits’ judgment,” Valentine adds, “those accused of a crime were deemed not guilty if alive in the morning – and if not, it was just punishment.

Lake Baikal has caused much stir in the scientific realm. The water’s purity is phenomenal due to micro-organisms not found elsewhere. The most numerous are crustaceans known as the Baikal Epischura which account for 96% of the filtering of Baikal. Divers claim the water is so clear it causes unexpected vertigo from seeing so far below their feet.

Biologists have dubbed the lake and surrounding area Russia’s Galapagos for it’s over 1,300 species of flora and fauna – of which 80% are found nowhere else on the planet! This biodiversity was given World Heritage status by UNESCO in 1996. The only mammal to inhabit the lake is the endemic freshwater earless seal Pusa sibirica, locally called “nerpa”; estimated to have made Baikal their home for two million years. It remains a mystery how these seals originally got to be here, considering the lake is hundreds of miles from any ocean; some surmise a sea-passage once linked the lake with the Arctic Ocean. 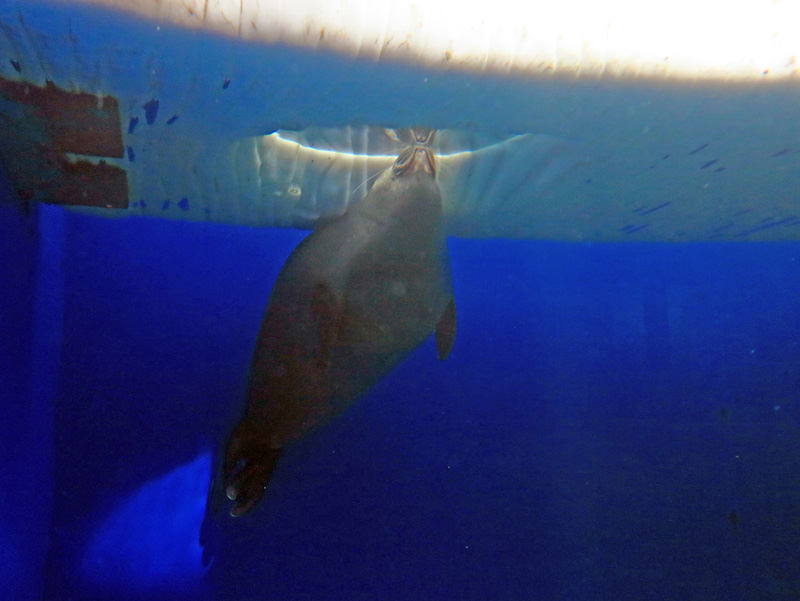 “When the lake freezes over in winter,” says Valentine, “we see yet another of Baikal’s marvels as the ice forms with crevasses that open and close providing breathing holes for the seals.”

Since the nerpa congregate mostly in the lake’s northern basin, when we are back on dry land it is off to see some of these animals in Listvyanka’s Baikal Museum. We delight in their dirigible shape of fur covered blubber, with large bright eyes and whiskered mouth at one end, and flipper tail at the other. The main food source of these wonderful creatures is golomyanka, a native fish with translucent bodies and no scales. The total seal population is estimated to be over 60,000, and growing since hunting them is prohibited. 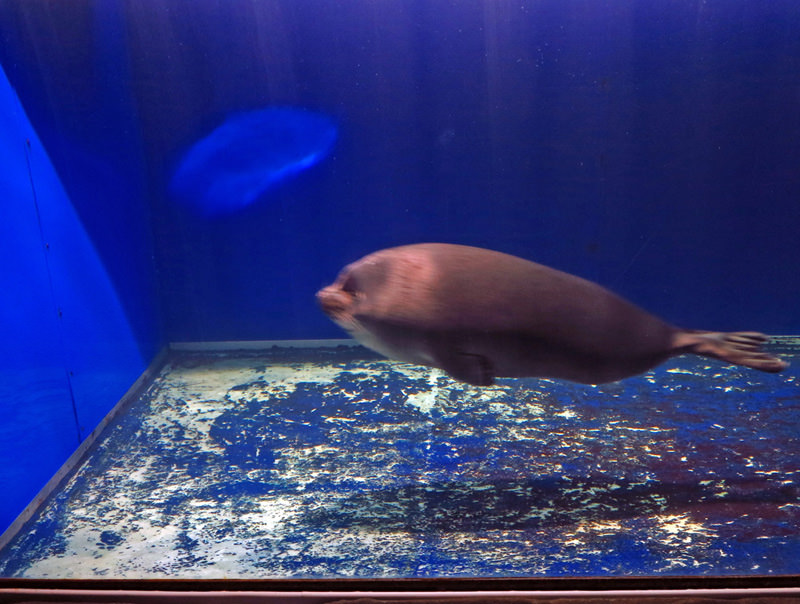 By this time we are ravenous and head for the main market. On the way we notice people bundled in sweaters and jackets sitting along stony shores – except one burly (or I should say brrrrrrly) fellow who sits cross-legged facing the lake with nothing more than a Speedo swimsuit. “Now that’s Siberian tough,” says Rick. 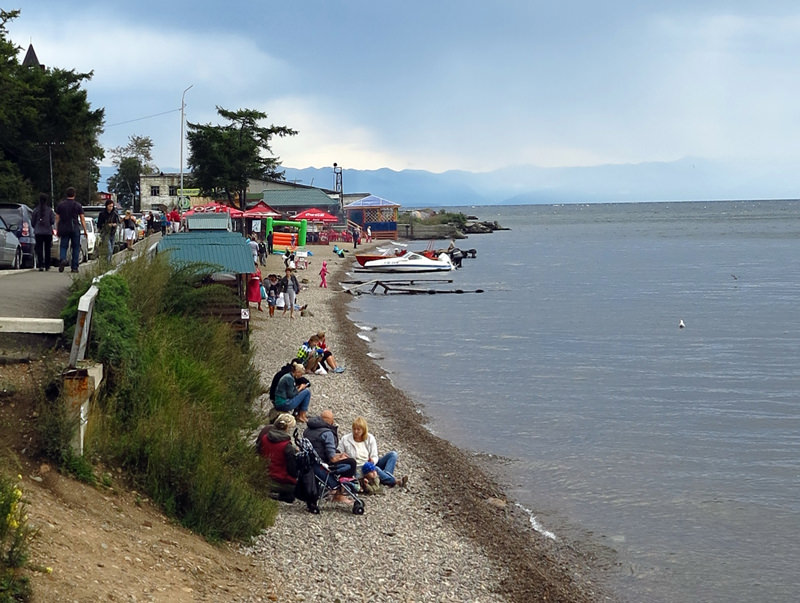 Lining up at a food stall for smoked Omul, I purchase a good-sized one. This distant relative of the salmon is yet another species found only in Baikal. Yum!  It is so delicious, salted and smoked to perfection, yet moist and tender. We strip the bones clean in no time. 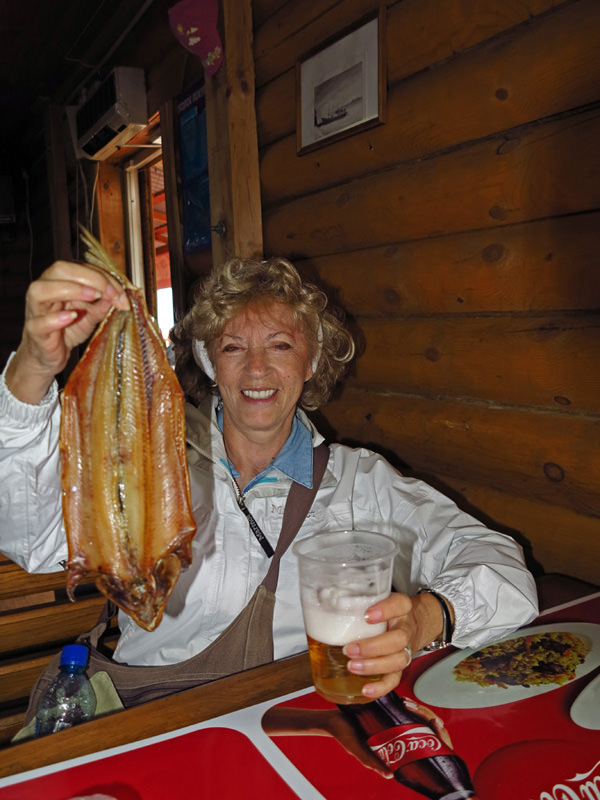 It is then back by mini-bus to Irkutsk, from where our plane leaves Siberian soil at mid-night. The “science of it all” fades as my breath catches at the mystical spectacle below. Under a full moon the silvery ripples of Lake Baikal shimmer with an eerie luminosity; a beguiling farewell from the ancient spirits.

Scientific sources differ in their estimates of depth and range of flora/fauna of Lake Baikal; but it’s being the deepest with the most biodiversity is universally held.

Getting to Lake Baikal:

Listvyanka village on the lakeshore has accommodations, although limited. Day trips from Irkutsk – local buses and mini-vans run the 44mi (70km) between Irkutsk and Listvyanka throughout the day. A boat from the Irkutsk ferry dock is another option. Companies in Irkutsk offer tours, but they are more expensive and mostly in Russian.

The Listvyanka Information Centre is near the bus/mini-van drop-off and has English speaking staff for sites/directions/boat rides onto the lake.

gorgeous!! i'd LOVE to go there.