Kecskemet, Hungary, is a city of about 100,000 inhabitants in the dead center of the country. This quiet city has a large, flat downtown area consisting of many broad squares, some of the nice restaurants in Hungary, avenues. Perambulating these in an unhurried fashion, you can admire architectural highlights including old churches of several different denominations and great specimens of the Art Nouveau style. Walk out of one of the fine hotels in Kecskemet and take in the city. 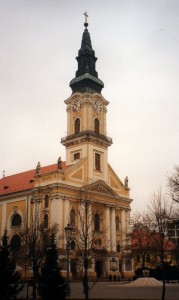 On the most central square, Kossuth ter, you will find the church generally referred to as Nagytemplom (literally “big church”). This Roman Catholic church was built between 1774 and 1806 and has a stately exterior adorned with statues. Its spacious, light-colored interior includes lovely ceiling paintings. 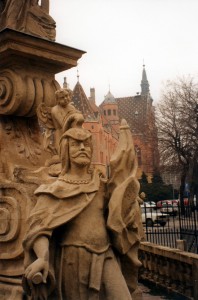 Also on Kossuth ter is the city hall, a salmon-pink Art Nouveau fanatasia built in 1893, designed by famous Hungarian architects of the time, Odon Lechner and Gyula Partos. Some of the hotels in Kecskemet are near by. It is decorated with majolica tiles and is well known for its 37 chiming bells, which play classical melodies on the hour. 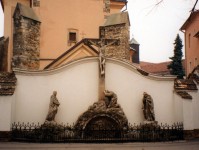 The Franciscan church of St Nicholas (Szent Miklos in Hungarian) stands at the southern edge of Kossuth ter. The oldest church in Kecskemet, it still has some Romanesque features peeping through a Baroque renovated exterior. A statue complex depicting the crucifixion stands in front of its outer wall. 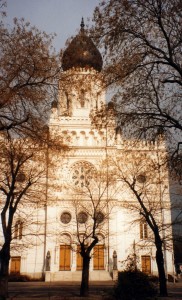 Kossuth ter is flanked to the northeast by another square, Szabadsag ter, at whose eastern edge you’ll find some other interesting buildings. The synagogue, designed in a Moorish style and erected in the late 19th century, is no longer in use for worship but houses a museum of science and technology. The beauty of this building rivals the best hotels in Kecskemet. The Ornamented Palace (Cifra Palota) is a colorful, tile-roofed Art Nouveau building from 1902 that today houses the Kecskemet art gallery, displaying 19th and 20th century works.

To the north of the city center is yet another square, named Piaristak ter, dominated by the neo-Classical building of a school founded by the Piarists, a Catholic educational order. 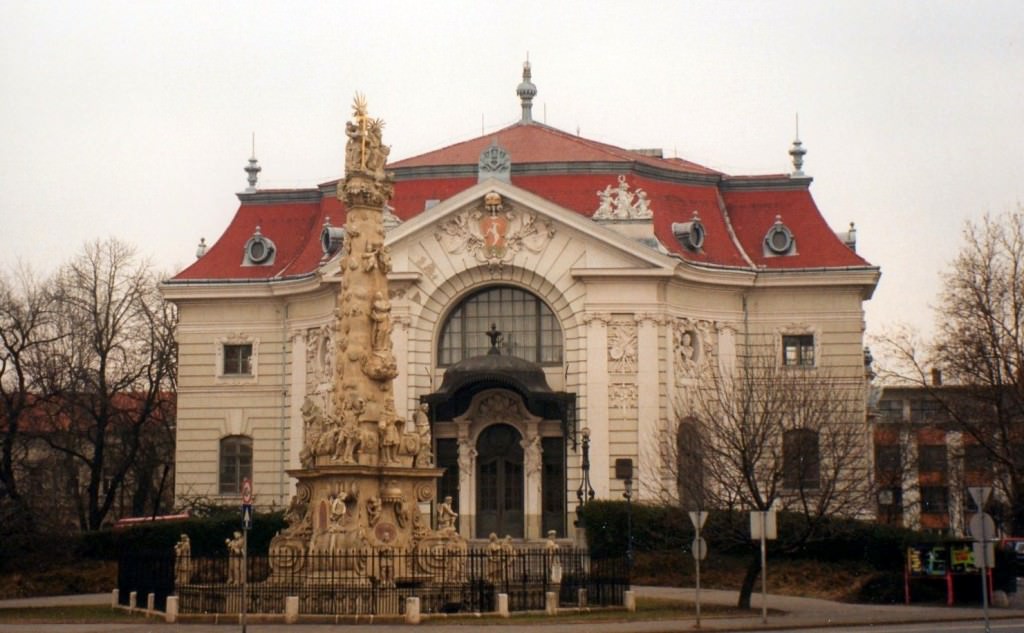 Kecskemet’s complex of squares also extends southward, where the grand Jozsef Katona theater stands on its own square, Katona Jozsef ter. It is named after the Hungarian playwright who was born in Kecskemet in 1791. The facade includes the crest of the city, which features a goat rearing up on its hind legs. It’s widely assumed – though not certain – that the name of the city comes from the Hungarian kecske, meaning goat. Featuring some of the nice restaurants in Hungary, it is fitting this city has an animal in the name. There is also a photography museum on Katona Jozsef ter. 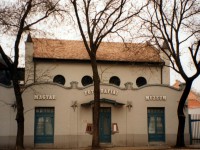 Close by is another arts institution that pays tribute to a famous son of Kecskemet. This is the Zoltan Kodaly Pedagogical Institute of Music, housed in what used to be a monastery from the 18th century. Students come from many countries to study at this school, which follows the teaching methods of Kodaly, the composer and musicologist born in 1882. If you travel to Kecskemet by train, you’ll  automatically visit his birthplace, as the station was constructed on the spot. There’s a bust of him in the park that train travelers cross when going from the station to the city center. 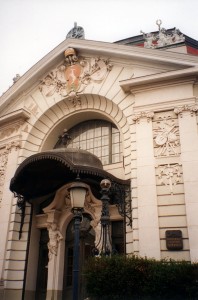 Kecskemet is also home to a toy museum. Located in the northern downtown on Gaspar Andras korut, it exhibits peasant playthings from all around Hungary, many fashioned from wood.

Kecskemet is a great place to try Hungarian culinary specialties and some of the great restaurants in Hungary. Situated as it is in a sunny, sandy area that is conducive to grazing animals and fruit growing, it has long been a major market town. The city is famed for its apricot version of the traditional Hungarian fruit-derived spirit named palinka. Good cheese comes from Kecskemet, as well. And I’ve had some great crispy goose in Kecskemet – a fried poultry dish traditionally served with steamed red cabbage and dumplings. The elegant Liberte cafe on Szabadsag ter is a fine place to be courteously waited on while enjoying a coffee, cake or light lunch, although it is less typical of Kecskemet and more in the style of Vienna or Budapest.

If you are looking for a place to stay the night at a nice hotel in Kecskemet, try the four-star Aranyhomok, where you can get a room overlooking Kossuth ter.

Written by and photo by David Hill for EuropeUpClose.com

Thanks for this post, David. I am a huge fan of art nouveau architecture (and as an aesthetic movement in general). I've added Kecskemet to my "must visit" list!