My island hopping along Croatia’s Dalmatian Coast began in the port town of Split. I had arrived thinking I would stay for just a day or two and then make my way to the islands, but something unexpected happened: I fell for Croatia before even setting foot on one of its stunning islands. 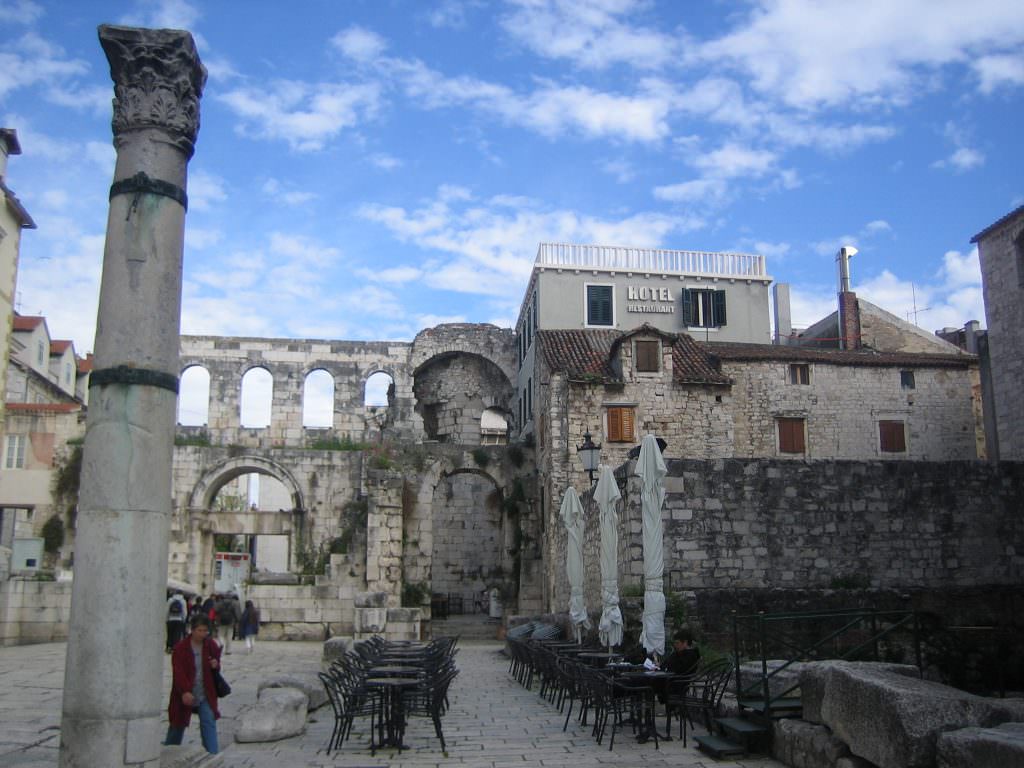 I got to the islands eventually, and was glad I did. But beforehand I slowed down and took the time to leisurely explore Split. Beyond the shining white promenade, I discovered a bustling fish market, explored the ruins of Diocletian’s palace, and sipped coffee for a people-watching break in the main square.

Eventually it was time to get moving in order to see what the islands along the Dalmatian Coast had to offer. With each new stop along this coastline, I was pleasantly surprised to see that one island could actually be more beautiful than the next.

Brac
I boarded a ferry for the island of Brac. The ferry takes you to the town of Supetar, but I had another island destination in mind: the town of Bol. Bol is home to the famous beach, Zlatni Rat. Located on a peninsula that dramatically juts out into the sea, Zlatni Rat is one of the most picturesque beaches I’ve ever set foot on. 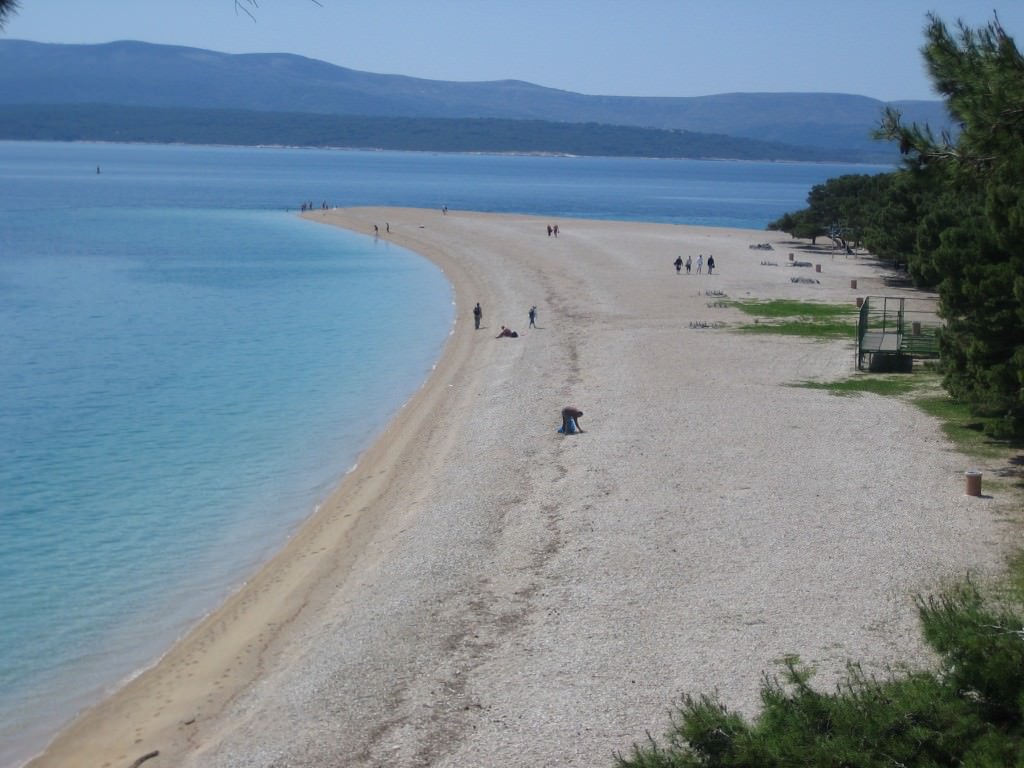 Despite the fact that the beach is a little pebbly, it was a relaxing, enjoyable place to spend a few days soaking up the sun. And for the more active visitors, wind surfing is the most popular sport (it also provides plenty of entertainment for sunbathers.)

The town of Bol itself is home to everything from open-air cocktail bars to quaint bakeries where you can grab a snack en route to the beach.

Hvar
From the ferry terminal in Bol, I boarded a boat for the next island on my itinerary: Hvar. While Zlatni Rat is gorgeous, Hvar Town elevates beach beauty to another level. At the center of the town is a harbor where boats (and plenty of yachts) were bobbing away. 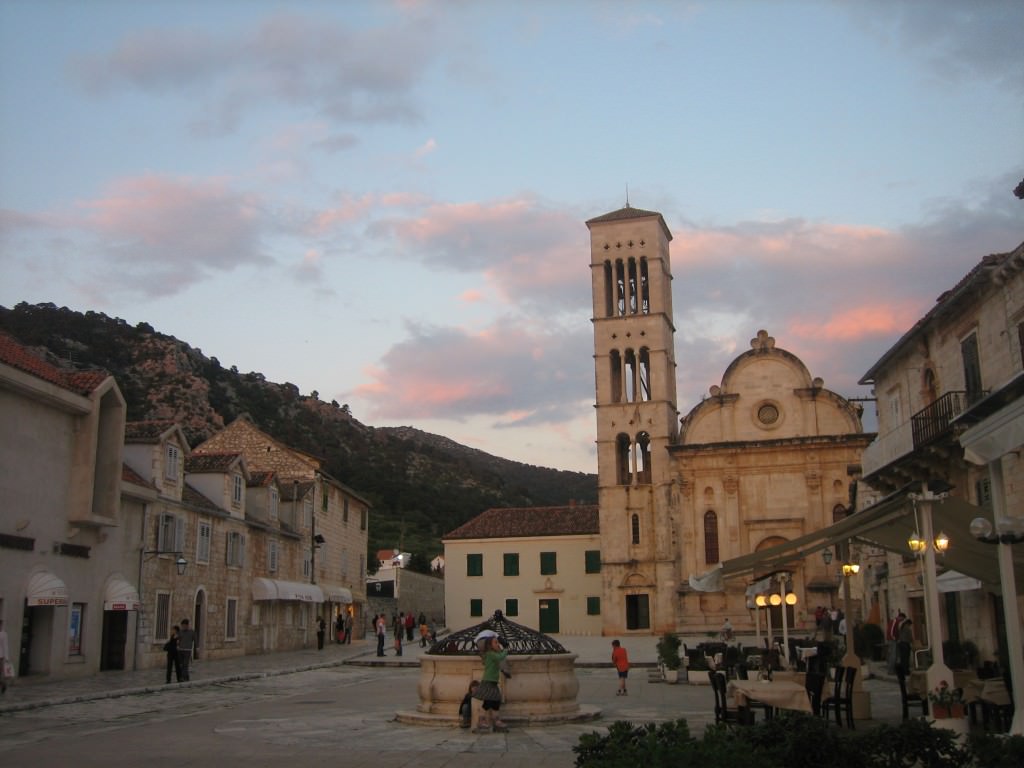 Perched above the town is a castle and former fortress that is not only a historic site, but also offers sweeping views of the harbor and nearby islands. No trip to Hvar is complete without a hike to the fortress. I had read that hundreds of islands make up this archipelago, but this only became clear once I had hiked to the top of the fortress. Split had taught me to take things slow. Once I got to the top, I was pleased to find a restaurant where I could sit, relax, and take in the views over a local beer. 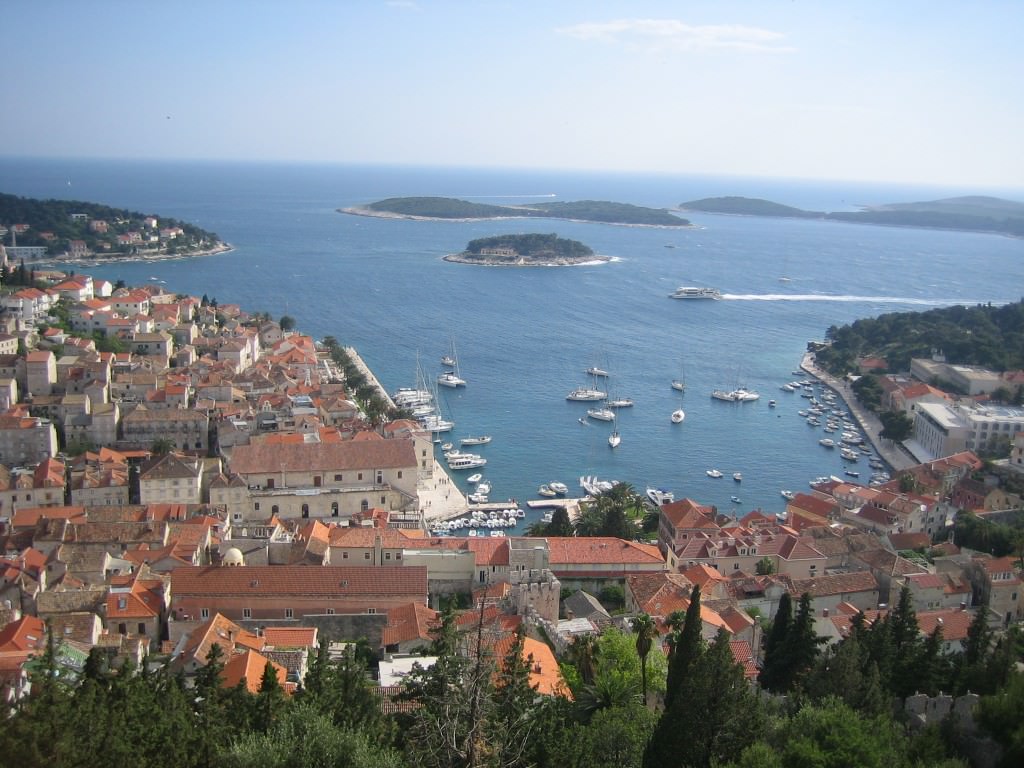 Views of Hvar Harbor from the Castle

Seeing all the boats and yachts below made me want to get back on the water and continue the journey.

Dubrovnik
After wandering the stone streets of Hvar for a few days, I was back on the ferry and bound for the scenic walled city of Dubrovnik. Hours later we arrived in the port, ready to explore. It was evening and many of the day’s cruise ship passengers had already departed. 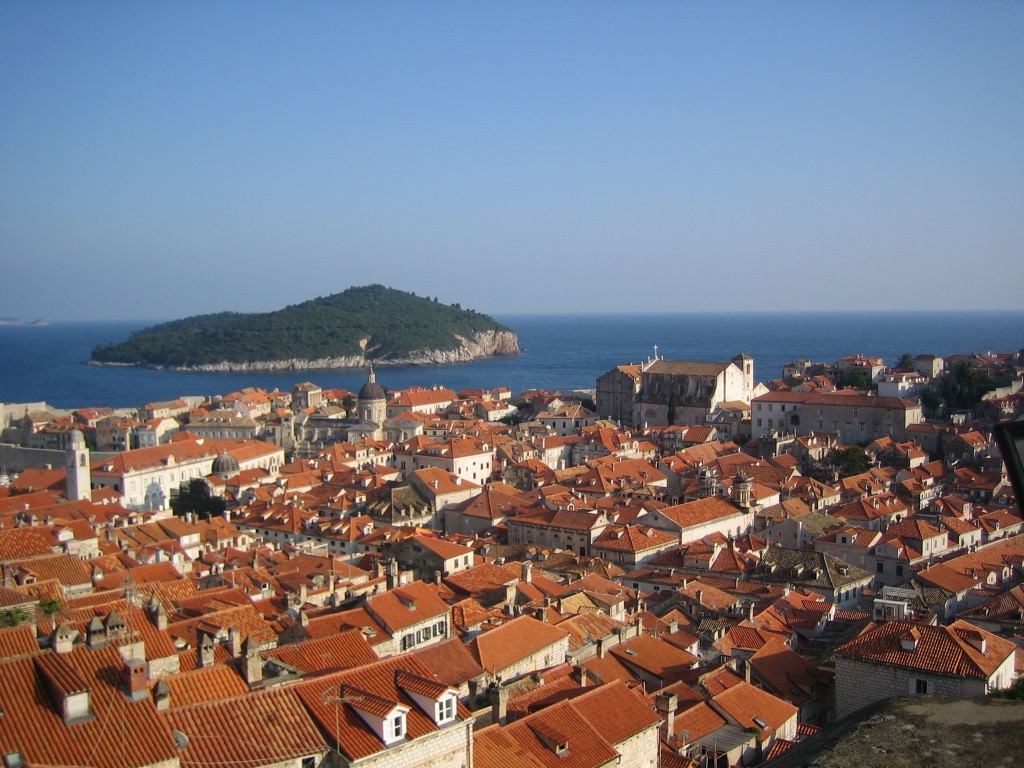 The Rooftops of Dubrovnik

Just as night was falling, Dubrovnik became quiet. A gentle buzz came from restaurants and homes. My first experience in Dubrovnik was enhanced by the ability to stroll the streets with few other visitors in sight. I was glad to have arrived in this magical city outside the high season.

Island hopping in Croatia can be especially popular during the summer, when yachting and boating is at its peak. But, travelers who are looking to avoid the crowds and take in the culture might want to follow this itinerary in spring or fall instead.

Written by Jessica Colley for EuropeUpClose.com

It looks idyllic Jessica, and I'm well aware of the charms of Dubrovnik. Split, Hvar and Korcula are on my list but I also want to look further north at Zadar and Trogir. So little time...

Picture of the Week: Hvar Harbor in Croatia | EuropeUpClose.com

[...] Perched high above Hvar is a castle and former fortress that is not only a historic site, but also offers sweeping views of the harbor and nearby islands. No trip to Hvar is complete without a hike to the fortress. This photo was taken from the Hvar Castle. Read more about island hopping in Croatia . [...]

Thanks everyone for all the great feedback on this article. I agree, taking it slow is the way to really get to know the people and the culture -- and soak in the scenery. Cheers, Jessica.

I have a close friend who retired to Croatia (her parents were from there). I visited her in Dubrovnik and we went up the coast to her mother's home town. Many people come on cruise ships and really miss seeing much other than the main street and eating gelato. They miss so much and don;t even know it! I commend you for takign it slowly and really seeing how people live.

Wow, thanks for the information and the nice pictures. Defently want to go to croatia next year...