The Republic of Ireland is an island nation situated in the North Sea off the northwest coast of Europe.  It shares the island with the small 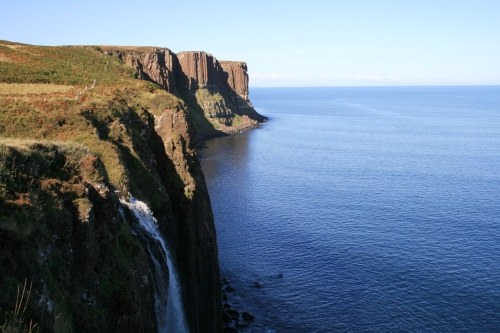 nation of Northern Ireland, which is part of the United Kingdom. As an active participant in the European community, Ireland is one of Europe’s richest countries today, with strong links in the financial services and IT industries. Visitors will likely find themselves in either of the two largest cities, Dublin and Cork.  Dublin is the largest city and is the country’s capital – a popular place as Europe’s fourth most visited capital.

Citizens of EU and EEA countries, most of North and South America, Japan, Israel, Australia and New Zealand do not require a visa to visit Ireland.

Culture and History
Check out this timeline of Irish History.  By clicking on each event you can drill down for more detail.

Currency in Ireland
Ireland is now using the Euro as a member of the Eurozone. Cash machines (ATMs) are available throughout the country and credit cards are accepted almost everywhere. While Irish banks do not charge fees for foreign credit cards, be aware that your bank might.

Driving in Ireland features a mix of British-like rules and European measurements.  Cars drive on the left side of the road, which means you’ll need to yield to the right when reaching a traffic circle.  Signs and mileage are posted in kilometers and are normally posted in both English and Irish.

Roads in the republic can be treacherous, at best. While Motorways and the primary routes are in good condition, some secondary roads and local junctions are very narrow and have no shoulder.  Pay close attention in rural areas, where farmers (and their animals!) make common use of the roadway.

>>Read our tips on Driving in Ireland here.

Electricity in Ireland
Electricity is 220 volts and outlets require “British standard” three-pronged plugs. Make sure your appliances can accept the higher voltage of power (American outlets provide 120 volts) or you’ll need a converter and an adapter. Some appliances and computers can accommodate either 120 or 220 volts either automatically or with just the flip of a switch on the appliance. (Check it out before you buy.)

Emergency Numbers
The term ‘police’ is never used here, although you will be understood.  The more correct word is Guard, derived from the Irish term Garda. If you need help, dial the UK emergency number, 999, or the European number, 112, from a mobile or landline.  Both work just the same.

Etiquette in Ireland
While the Irish are a very friendly population, they respect personal space and if you happen to bump into someone on the sideway, you’ll be expected to apologize. Shouting or speaking loudly is frowned upon and considered rude.   Similar to America, it is customary to shake hands as a greeting both before and after a meeting.

Time Zone
Greenwich Meridian Time (GMT), so Ireland is on the same time as the UK.

Do not tip in pubs for drinks ordered at the bar. Restaurants mostly charge a service fee to cover the tip; otherwise, a 10% tip would be sufficient. Cafes do not charge service fees but often have a “tip jar” near the cash registers for loose change.  Taxi drivers do not expect tips but welcome them for good service.

Safety
Ireland is an extremely safe country; the biggest problem you might expect is to encounter a few rough drunks during the weekends. Do be mindful of your belongings in public spaces and use common sense. 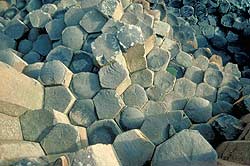 Ireland is known for its weather, but not in a good way. You may have heard the local saying about the weather:  not a day without sunshine, not a day without rain either. The fickle and ever-changing forecast means you’ll need to be prepared for almost anything.

The best times to visit are between March and September, when you can take benefit from the longer days and somewhat warmer temperatures. There is less rain in the summer as well, although keep in mind it can still sprinkle almost every day. Temperatures in the winter rarely go below freezing due to the warming influence of the Gulf Stream across the Atlantic ocean; in summer, temps can reach near 65F (17C).

Air Transportation
Ireland has a total of nine airports, including major gateways in Dublin, Shannon, and Cork. Reaching Ireland by air is relatively inexpensive given that the country’s two main airlines, Aer Lingus and Ryanair, are low cost carriers.

Bus
Bus service is primarily provided by Bus Eirann.  If not travelling by car, you’ll need to use the buses to reach the more remote destinations. Checking timetables in advance is required, as some bus service is run on an infrequent basis.

Boats and Ferries
Being an island nation, there is plenty of ferry service to both the UK and mainland Europe (France). Irish Ferries serves Wales from Holyhead and provides a joint service with Brittany Ferries from Cork to France. Stenaline also provides Ireland-UK connections.

Rail
The country’s main rail carrier is Irish Rail. Rail travel is expensive compared with the surplus of rail traffic on the continent, and certain rural locations are not accessible by rail.

Car Rental
Car Rental companies include the standard set of brands, and it is recommended to make your booking before leaving home. American citizens are permitted to drive with a U.S. driver’s license for the duration of a visit to Ireland; i.e., as long as their status is that of tourist and not resident.

A taxi can be hired on the street in major cities like Cork or Dublin, but it is usually best to have your accommodation call and make a booking. In rural areas, calling for a taxi is the only option and you’ll want to make sure you call ahead to make the reservation or be prepared to wait.

Slainte is the Irish word for ‘health’ and is used as a frequent greeting.  If you need medicines, a pharmacy can be easily identified by a green cross outside. These only carry prescription medicines; head to a standard supermarket for a large variety of non-prescription medications. To reach a doctor, ask your hotel or accommodation to phone the nearest practicitioner. If you happen to fall ill outside of normal business hours, it is best to wait if possible.  Otherwise, again have your accommodation try to contact the out of hours doctor. Only in extraordinary circumstances should one head to the emergency room, called the ‘A&E’ (Accident and Emergency). These are often overcrowded and are really intended for serious medical treatment only, although they are overrun with those whose symptoms could have waited for regular treatment.

The major cities offer both backpacker-style accommodation, rented apartments, and a plethora of hotels. Rural locations are more suited to bed-and-breakfasts, house rentals, and other types of accommodation. Be sure to check out our Dublin Hotel recommendations and to make your stay extra special, consider staying at one of the many Irish Castle Hotels. You’d be surprised that you can get some of them for quite reasonable prices.

Most major sights are in Dublin – check out our Discover Dublin page for more information.
Other popular stops include
•    the Blarney Stone in Blarney Castle, near Cork. •    the Cliffs of Moher
•    the Medieval town of Kilkenny
•    Waterford, Irelands oldest settlement and the crystal shops in Waterford
•    the Ring of Kerry 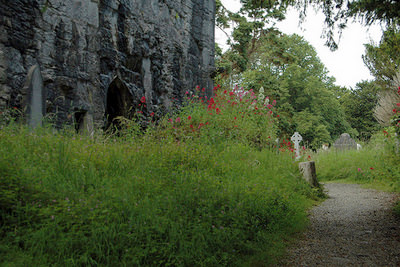 Customs,VAT & Duty Free
When you return to the U.S., you’ll need to declare everything you brought back that you did not take with you when you left. If you are traveling by air or sea, you may be asked to fill out a Customs Declaration Form provided by the airline or cruise ship. Keep your sales slips. Try to pack the things you’ll need to declare separately. Read the signs in the Customs area; they contain helpful information about how to clear Customs. For complete information on Customs, look at the U.S. Government Customs Website

We have found it such a hassle to try to reclaim the VAT tax that we simply do not bother. If however, you will be spending a great deal of money, it might be worth the many steps you will need to go through. Also, remember that a 7 percent V.A.T. (Value Added Tax) tax is added to rates for all restaurants and hotel rooms. Service is included. This 7% V.A.T. tax on services is not refundable.

Travelers to Ireland from outside the EU are entitled to a reimbursement of the 16 % V.A.T. (Value Added Tax) they pay on all purchases as long as the purchases add up to no less than 90 Euros in the same store and on the same day. The vendor must provide the purchaser with a duly filled out invoice which includes the price of each good, the V.A.T. paid for each item, as well as the identification (name and address) for both vendor and purchaser. The goods must be brought out of the European Union within three months from the date of purchase.

At the time of departure from Ireland and final departure from the European Union territory, and before checking in your baggage, you must bring your invoice(s) and the merchandise purchased to the Irish Customs in order for them to process your V.A.T. refund claim (there is a specific booth for this purpose just prior to the entrance to the international area at the international port, gate or airport).

[…] Another important piece of practical information concerns tipping. In restaurants where you are served at a table, a 10% tip is sufficient. If you’re ordering drinks at the bar, no tip is necessary, and the bartender will not expect one. A nice tip for a taxi is 10% although don’t be surprised if a driver provides you with all your change. Click here for additional  Ireland Tourist Information. […]

I am very impressed with this very informative post. My friend and I are planning on a trip to Ireland this summer and we find your site very helpful. Ireland, here we come!