As long as there has been an Ireland, there has been a Derry (also known as Londonderry.) And, arguably, no city better exemplifies Ireland’s past, present and future than this anything but sleepy town on the banks of the River Foyle, near the northern tip of the Emerald Isle. 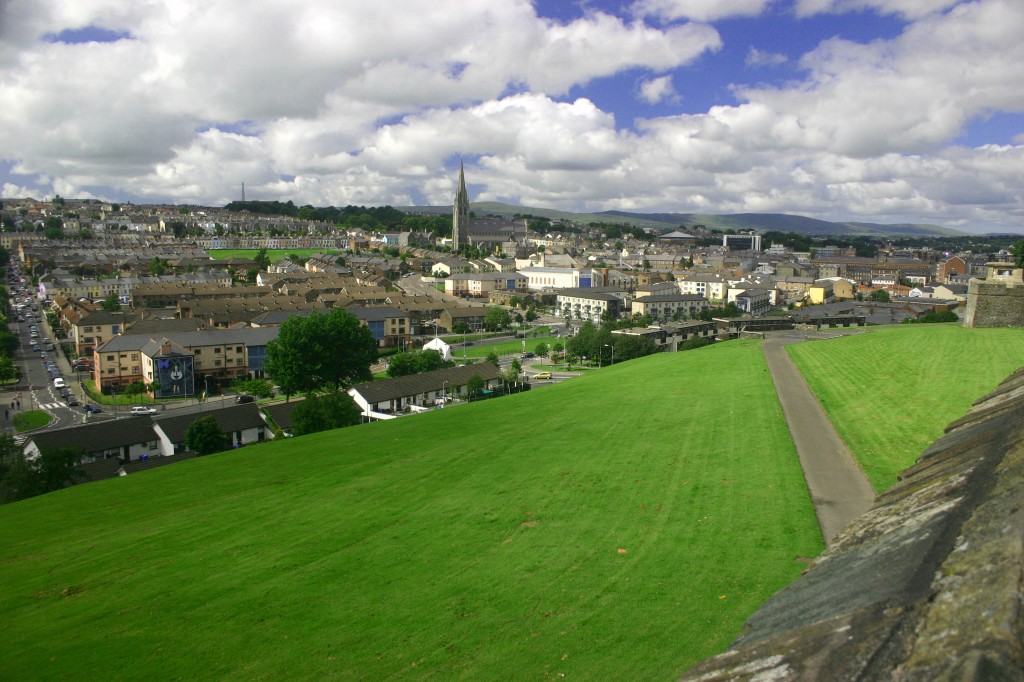 Derry is perhaps still best known to the outside world as a flashpoint, where ongoing tensions between Republicans and the Loyalist government finally boiled over into full-scale violence that gave birth to the aptly named period known as, The Troubles. During the late 60’s, while London was swinging and student protests against the Vietnam War were gripping the US, Derry was ground zero for a different kind of revolution. Civil rights struggles, the Battle of the Bogside and Bloody Sunday being the most famous, made headlines around the world and brought attention to the plight of Northern Ireland’s Catholic population. But while these events may have shaped modern Derry and the way the world sees it, they are by no means all that the city should be known for.

Derry is home to a thriving arts scene that has produced writers, philosophers, musicians and one of UK’s most famous (or infamous depending on who you ask) politicians. Nobel Prize-winning author and poet, Seamus Heaney, attended St. Columb’s College and his poem, The Ministry of Fear, 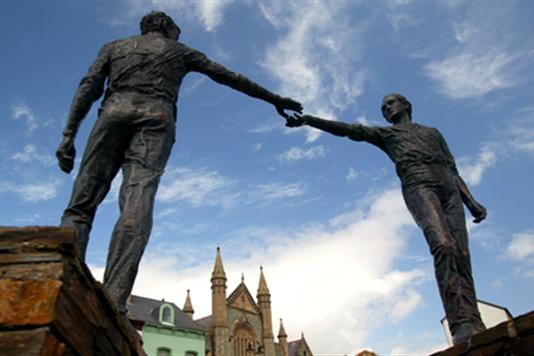 documents his days in Derry. Neil Hannon, the driving force behind the prolific band, The Divine Comedy, was born in Derry as well as Martin McGuinness, the Deputy First Minister of Northern Ireland. Half of a power sharing government, McGuiness personifies the violence and struggle of the city’s past along with the peace now being enjoyed, for the most part, all over Northern Ireland.

Reminders of Derry’s past are dotted throughout the city in the form of memorials, museums and murals, seemingly always around the next corner. Tin whistles and bodhrans can be heard coming out of the city’s traditional Irish pubs and the marching season is still on the calendar. But Derry isn’t all about the past. Derry is home to a thriving indie music scene where some of the UK’s and Ireland’s best young musicians are working to make a name for themselves. Contemporary art, dance and theatre all have venues for expression and the International Foyle Film Festival recently celebrated its 23rd anniversary.

While tensions still exist, the darkest days of  “The Troubles” seem to be firmly planted in Derry’s rear-view mirror. The city’s famous walls provide one Europe’s finest examples of a fortified city along with a fitting metaphor for the city and its inhabitants. If you manage to breach them, you are in for one hell of a travel experience.

Bars and Music in Derry

No trip to Ireland, north or south, is complete without spending some quality time in the establishment that Ireland does best, the local pub. A place almost as sacred as the church, and much more so to some, the pub is where, in all likelihood, you are going to have your best experiences. The Irish aren’t short on conversation once they get going and you’ll want to get comfortable, order up a whiskey and a Guinness and let the chin-wagging begin. And Derry, like any self-respecting Irish city, is not short on great drinking spots.

For traditional pubs and some great Irish music, head to Peadar O’Donnell’s for nightly musicians and a steady supply of stout. Also, don’t miss The Anchor Bar – a Derry standard and one of the city’s oldest family run pubs. For more contemporary music, stop by the Gweedore Bar which is owned by the same people who bring you O’Donnell’s. Masons Bar , Becketts Bar and The Nerve Centre are three more places to check out for live music. 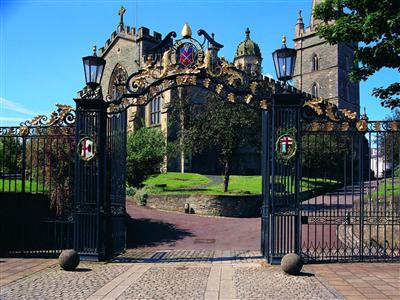 There’s no better way to get a feel for Derry than to investigate its past. Some of Derry’s best museums deal with its troubled history and there are no shortages of poignant memorials. One of the best and a definite can’t miss is the Museum of Free Derry . The museum focuses on the civil rights struggles of the 1960’s and 70’s and will guide you, step by step, through the Battle of the Bogside and Bloody Sunday. The museum lets you view these events through the eyes of the people that lived through them. The Bloody Sunday Memorial, the Hunger Striker’s Memorial, and Free Derry Corner are other must-sees if you are interested in Derry’s role in Northern Ireland’s darker days.

The Tower Museum deals with all of Derry’s past, from its monastic beginnings to the present day. The Harbour Museum focuses on the city’s sea-faring history and is housed in the 1882 Victorian Port and Harbour Commissioner’s Office. For contemporary art, the Gordon Gallery and the McGilloway Gallery feature Irish and international works. And if you are looking for places to get closer to God, the 17th century St Columb’s Cathedral, the 18th century Long Tower Church and the 19th Century St Eugene’s Cathedral are can’t miss examples of Derry’s spirituality.

Where to stay in Derry

Derry’s people are not the only accommodating characteristic of the city. Hotels, inns and hostels of all sizes accommodate all types of budgets. Cozy bed and breakfasts take their place along side utter luxury in the city’s long list of places to rest your head at the end of a long day.

If you are looking for cheap and cheerful in the city center, the Derry City Independent Hostel continually gets good ratings. Paddy’s Palace Hostel is run by a couple of local globetrotters. One is a proud history geek and tour guide, and the other a former safari driver in South

Africa. Both are full of stories, to be sure.

For a more upscale experience, the City Hotel is tough to beat. A four-star outfit right on the River Foyle, City Hotel has a mouth-watering array of amenities from deluxe rooms to fine dining. For something a bit different but just as luxurious, the Ardtara Country House is located in a 19th century mansion in the South Derry countryside. Elegance and tranquility reign here and this place is a perfect pastoral escape.

As always, one of the best ways to stay in Ireland is the bed and breakfast and Derry has no shortage of quaint, welcoming beds. Plus, you’ll get an Irish breakfast that, with any luck, will include soda bread. B&B’s exist for all types of budgets and often times cost a few pounds more than a bed in a hostel if not a bit cheaper. A  favorite is the inexpensive and conveniently located Sunbeam House Bed and Breakfast .

Written by Robert Lovik for EuropeUpClose.com

You’ll Get a Warm Welcome in Ireland | EuropeUpClose.com

[...] culture and natural beauty combine to make Northern Ireland one of the most desired vacation destinations. The temperate climate is ideal for travelers and [...]

Great info. I've been to Derry twice and stayed with Seamus Kennedy at his Anchor B & B as well as The Mansion. Both excellent.

I love the second to last photo! I dream of the day where I will explore Ireland. Thank you for sharing!