Northumberland, the northernmost county in North East England, is blessed with a great share of historic buildings, but one of the most stunning has to be Bamburgh Castle. 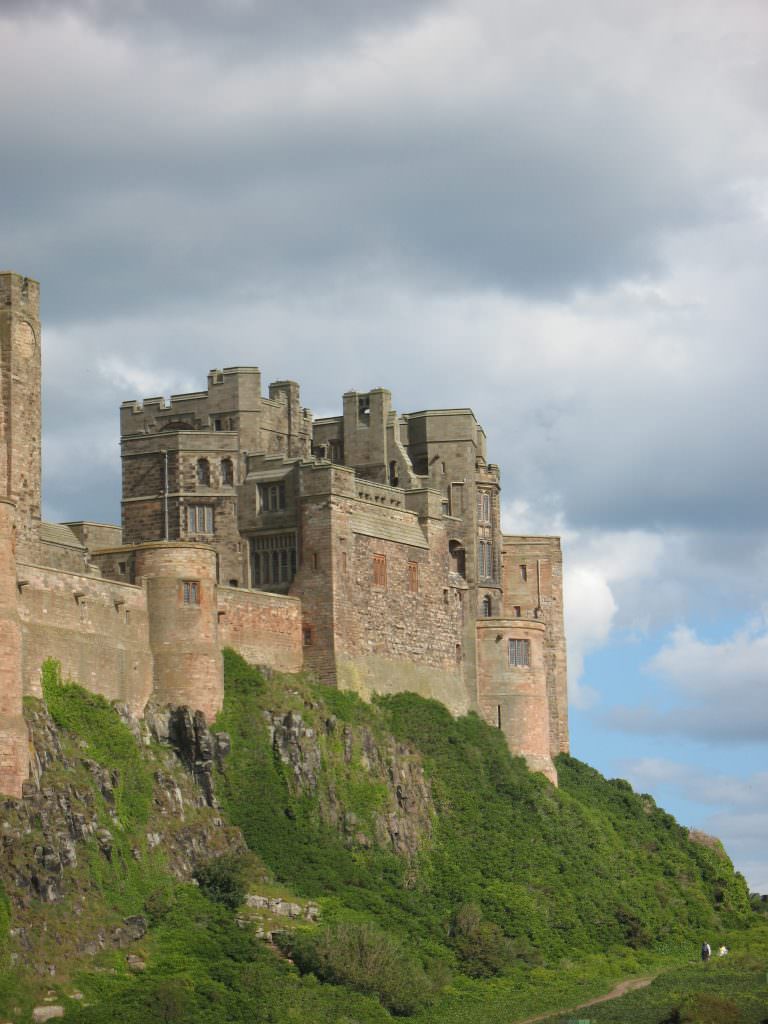 As you travel towards the village of Bamburgh, you can’t help but spot the huge castle in the distance. Perched high upon a 180 foot rocky crag which spans nine acres of land, it towers over the village beneath it. Overlooking the North Sea, the Bamburgh Castle’s prominent position would certainly have made it highly important in the past, as you can see for miles in all directions from the castle’s battlements.

Settlements on the castle site have been found to date back to the 1st century BC. The large Norman Keep is believed to have been built by Henry II. And, although the castle suffered serious damage during various wars – King Edward IV famously destroyed it during the War of the Roses – the ruins were subsequently restored and extended during the 18th and 19th centuries by industrialist Lord Armstrong. As a result, the life and character of the building has been extended.

The castle has fascinated historians and archaeologists for many years, which has served to foster extensive investigation and study. In the 1960s, for example, one excavation discovered a 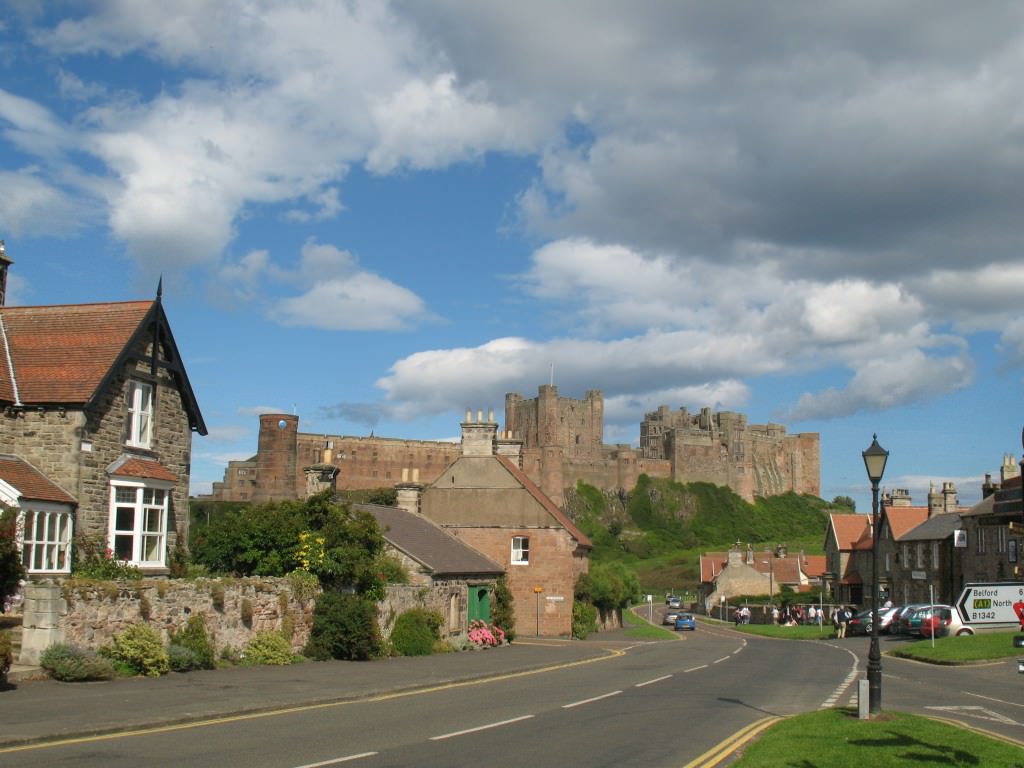 sword and a gold plaque, known as the Bamburgh Sword and Bamburgh Beast.

Unlike many other similar castles of this size and age, Bamburgh Castle is still privately owned. The family home of the Armstrong’s who still live there today, the castle and 14 of its rooms, including: the grand kings hall, the armory, cross hall and a Victorian scullery, are open to the public. There are over 2,000 artifacts and items of interest to view, including: coats of armor, art, porcelain collections, and well preserved pieces of furniture.

It’s certainly a grand building and, when you’re up and around the castle grounds, you can see for miles across the beaches, sea and countryside surrounding it. The parking fee at the castle, which seems more 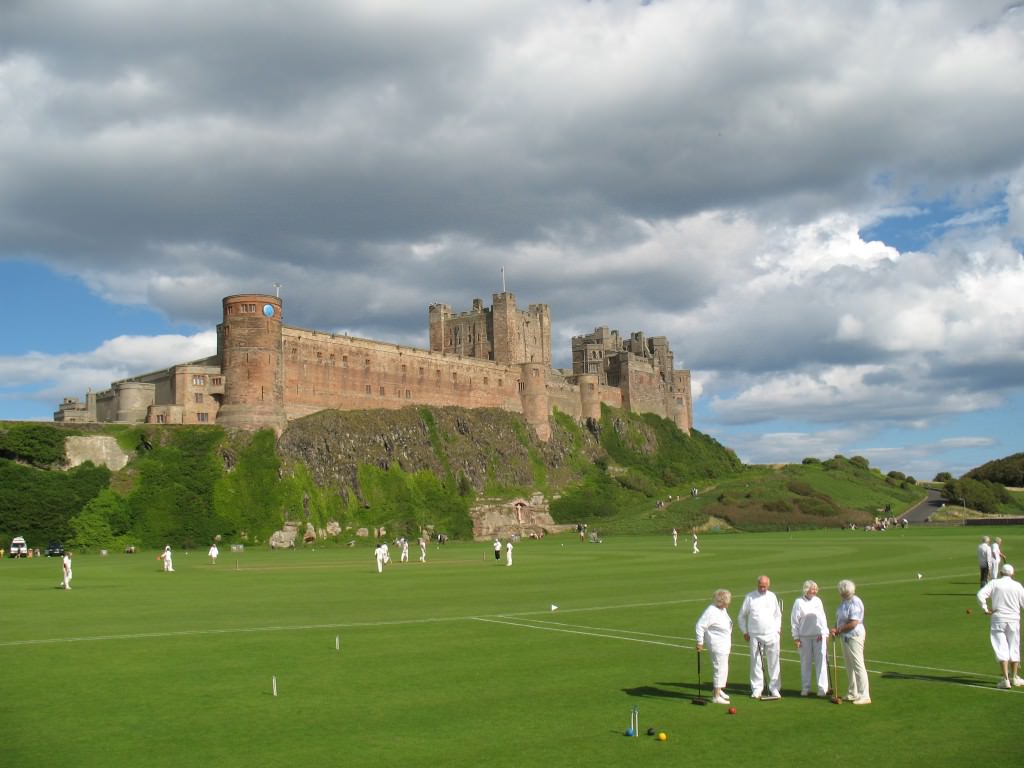 reasonable than elsewhere, is paid on a daily basis, giving you time to explore the quaint village, the paths around the foot of the castle, or to take a walk on the beach without having to rush off.

There’s a huge grassed area at the foot of the castle which you can walk around or have a picnic. On the Sunday afternoon in August that I visited, it was a hive of activity with strolling visitors, and local village residents engaged in traditional English sports. Several teams of cricketers, decked-out in white, were batting balls, whilst nearby, more sedate games of croquet was being played. Seen in contrast to the massive size of the castle complex above, the players looked tiny!