“How would you like your shamrock,” asked the bartender. It was my first trip to Ireland. I’d ordered a Guinness; I was seventeen; and I had no idea what he was talking about—confused as much by his thick Irish accent as by the question. “How would you like your shamrock,” he asked again. After receiving another blank stare, the bartender shook his head and handed me a perfectly poured Guinness with a shamrock expertly carved into its foamy head. Ah Ireland—you are the land of my soul 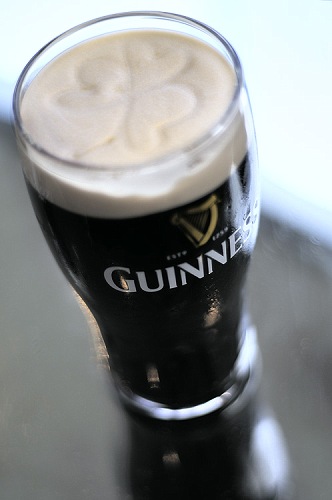 When in Dublin, drink Guinness. There’s really no question, is there? Guinness tastes better in Ireland, because many U.S. bars do not use the correct ratio of carbon dioxide to nitrogen in their lines when pouring Guinness. Plus, the Guinness served in America, at least to my palate, tastes less fresh, and, as my friendly Irish bartender taught me, you need to know how to pour a Guinness correctly. Thank heavens that Ireland awaits to show us how to do it right.

Dublin has a strong reputation for drinking thanks to its lively bars and their hospitable clientele, but the city actually only has a small number of breweries, of which, The Guinness Storehouse and the Porterhouse Brewing Co. are the most famous. Interestingly, another craft beer brewery just opened its doors this month. Called J. W. Sweetman, the microbrewery took over Messrs Maguire, which was once a Dublin craft-beer institution. J. W. Sweetman serves its own “Weiss, Pale Ale, Brown Ale, Dunkle and a Rusty,” say the owners.

Many of the younger generations are turning away from Guinness and toward lighter beers, such as Budweiser. There’s a clear divide between the old-style pubs filled with old men drinking Guinness and whisky and the newer clubs filled with twenty-year olds drinking light beers and Jägermeister. That being said, you may feel it your decision, no, your duty, to pay homage to Ireland’s very own breweries.

Founded in 1989, the Porterhouse Brewing Co. crafts a range of beers, including three stouts. The Oyster Stout is definitely worth sampling (so long as you aren’t vegetarian), and, thanks to fresh oysters shucked into the conditioning tank, it has a unique, briny sweetness. The Porterhouse Brewing Co. has three bars in Dublin alone, of which the Temple Bar is likely the best known. The Porterhouse’s Temple Bar was the first pub brewery in Dublin. Unfortunately, it does not provide tours, and gazing through the windows at the brewing tanks is as close as you’ll get to a tour of the Porterhouse brewery.

The Guinness Storehouse on the other hand, is the most popular tourist attraction in Ireland. You’ll see the world’s largest pint glass, learn how pull your own pint of Guinness, and visit the Gravity Bar, which, located on the seventh floor, provides a panoramic view of Dublin. But will you visit the brewery itself? No, unfortunately, the actual brewery cannot be toured due to public-health reasons. Guess we’ll just have to drink away our sorrows at the Gravity Bar. Or maybe the Porterhouse. Alright, we’ll do both. Cheers! 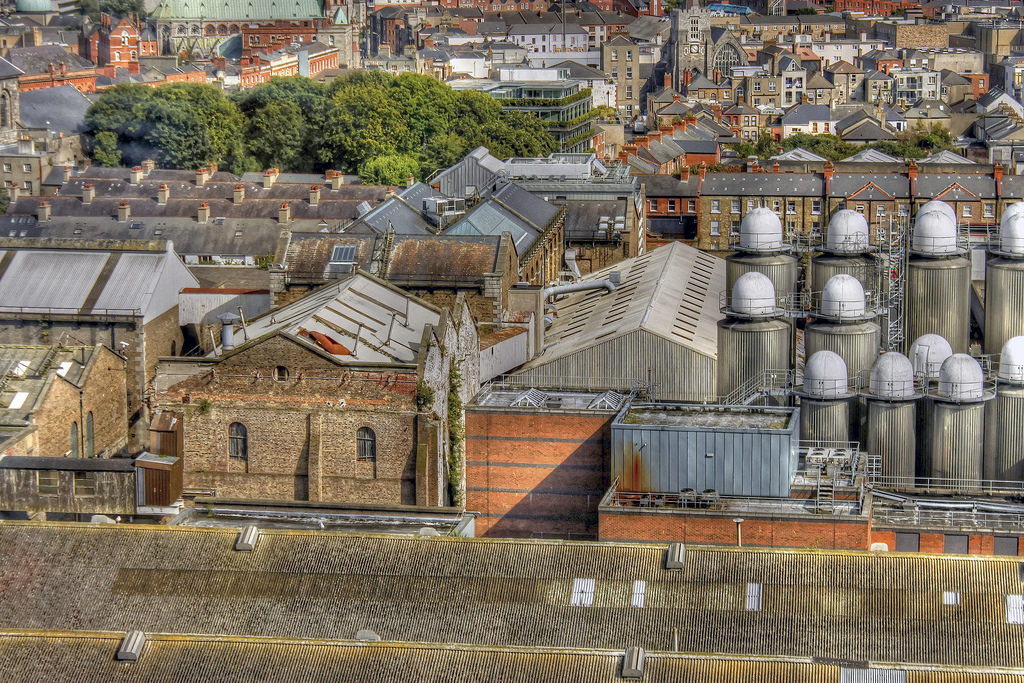 View from Gravity Bar at the top of Guinness Storehouse (Dublin, Ireland) by psyberartist

When visiting the Guinness Storehouse, an adult ticket costs 16.50€. Book online! You will save 2€. Also, if you have an international student ID, you pay 13€. The price includes more beer facts that your head can hold plus a true pint of Guinness. 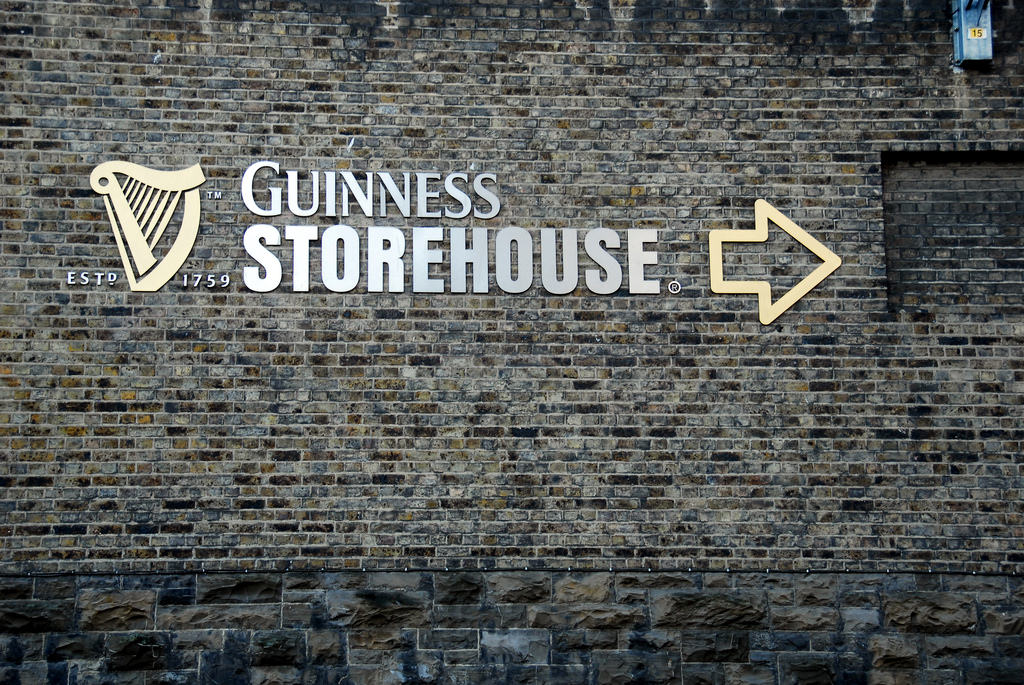 Written by Mattie Bamman, the Ravenous Traveler,  for EuropeUpClose.com

I love Guiness and have had it in Ireland, England and Greece. Yes, in Athens Monastiraki there is an Irish pub! (I also drink it here in Canada as in Vancouver, where I live we have several Irish pubs. This is a sweet story. I just passed it on to my friends who may go to Ireland this summer. My friend is a Wine writer but I know she'll love this story about Guiness.